Almost 100 people have died in a single day attempting to cross the Mediterranean.

The migrants died after two boats sunk off the coast of Libya between November 12 and 13. The first incident took place 120 kilometers off Tripoli's coast, the capital of Libya, resulting in the death of 74 people.

The United Nation's International Organization for Migration (IOM) managed to save 47 people and retrieve 31 bodies.

The vessel was carrying 120 people when it sunk.

An additional 20 people drowned hours later off the coast of Libya, bringing the total number of people dead to 94.

The IOM said that there were "many women and children" on board both boats.

In a disturbing video of one of the rescue efforts by a Non-governmental organization (NGO) called Open Arms, a woman can be heard calling for her baby that she lost in the ocean.

That child was named Joseph and was 6 months old. He died shortly after rescuers were able to pull him out of the water.

In another video by the same organization, a young boy who was also pulled from the water, described his experience.

"We were in the boat. Then, water came into the boat. Our boat was broken, and I drank a lot of water," he said.

"Then I grabbed a rope of the small boat. And people grabbed me out to put me in the boat. This morning, I asked my dad: 'Where is mum?' and he said 'I don't know.'"

According to a woman who was with him, the boy's mother drowned before they were rescued. 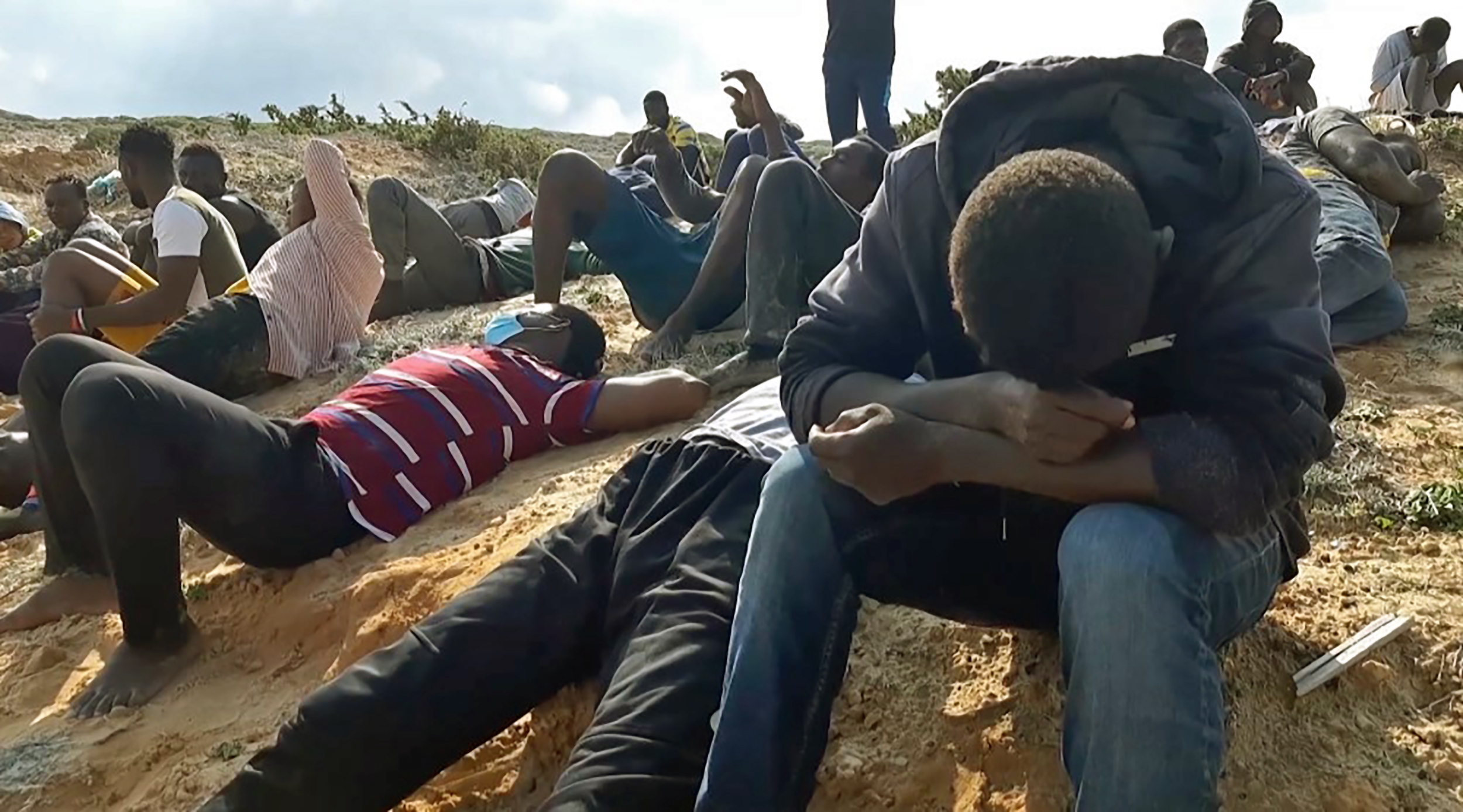 A group of migrants rescued after their boat sank, killing 74 people. /AFP/

A group of migrants rescued after their boat sank, killing 74 people. /AFP/

There has been a recent increase in the number of people trying to cross the Mediterranean. And in the past year, at least 900 have died attempting the voyage.

Another 11,000 have been returned to Libya after they were rescued from the water, "putting them at risk of facing human rights violations," said the IOM.

In a statement the IOM added that the number of victims is in part due "to the inability of states to take decisive action to redeploy much needed, dedicated Search and Rescue capacity in the deadliest sea-crossing in the world."

They added that Libya is not a "safe port for return" and called on European bodies to end the cycle.

An image taken by the NGO Open Arms during a rescue mission./Reuters/

An image taken by the NGO Open Arms during a rescue mission./Reuters/

In August, the IOM and the UNHCR also wrote a joint statement calling for an "EU-led search and rescue program," in the Mediterranean.

Search and rescue efforts are currently undertaken by NGOs, and only the group Open Arms is operating a ship on the route where the 94 people lost their lives.

The Canary Islands have also been overwhelmed by the flow of illegal immigrants. In the past week, around 2,213 people have arrived on the shores of the Spanish archipelago.

In response, Canary Island authorities have made plans to increase policing of the water between them and Africa, adding a plane, submarine, helicopter and three ships to their security forces.