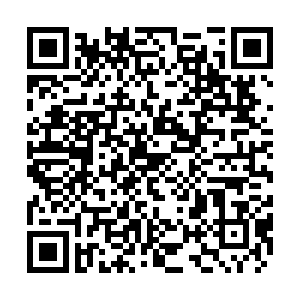 Trade relations between the UK and China have great potential and the two countries can return to the so-called "golden era" relationship, according to the business expert Aman Wang.

"UK exports to China reached a record high last year, they grew by almost 50 percent, the fourth year-on-year growth in a row," says Wang, a board member of the 48 Group Club, a business network that seeks to promote ties between the two countries.

In 2015, the UK welcomed China's President Xi Jinping on a state visit and the then UK finance minister, George Osborne, proclaimed a "golden era" of Sino-British relations.

Wang says the coronavirus pandemic and the UK government's decision to exclude Huawei from the country's 5G mobile networks have had a "dampening" effect, but he believes bilateral relations will soon get back on track.

"The market fundamentals are still there, post-pandemic and post-Brexit. The UK will need, for instance, infrastructure investment and energy transition, to achieve the green goals in Europe. All these will need an extra hand from China, where China has a lot to offer from market technology to capital," he explains.

On the other hand, the UK has a lot to offer the large domestic market in China, according to Wang, "from education to life science, from new energy to new materials and consumer brands."

"But it takes two to dance," he adds.

Wang's comments come as the third China International Import Expo (CIIE) continues in Shanghai. The trade fair describes itself as the "gateway to the Chinese market" and the first dedicated import exhibition in the world. Hundreds of thousands of people are attending, despite the pandemic, including the British drinks giant Diageo.

Speaking at the opening ceremony on Wednesday, President Xi said "we must uphold the principle of mutually beneficial cooperation" for the global economy to recover from the devastating impacts of COVID-19.

Wang says this year's CIIE is a timely reminder of the benefits of multilateralism.

"We need to remind ourselves that success over crises is achieved through collaboration and cooperation, not the opposite.

"Deglobalization, as advocated by some countries, has really taken a toll on some people's lives," he added.