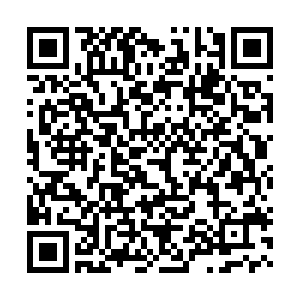 Amid a steep rise in new COVID-19 cases in the country, even Sweden, which has stood apart from all other European countries for not imposing a nationwide lockdown during the first wave of the pandemic, is now tightening its guidance.

Eight out of 21 regions in the country, including Stockholm, are now under local COVID-19 restrictions, which means seven out of 10 people in the country are affected by the new measures. However, the recommendations are not legally enforceable, meaning citizens cannot be punished for failing to adhere to them.

Measures differ slightly from region to region as local authorities are allowed to decide on the guidelines, but they all involve social distancing from people outside of one's household and working from home when possible.

"Everything we're doing now is going to make a difference for how we get to celebrate Lucia [December 13th] and Christmas," said prime minister Stefan Lofven.

CLICK: HOW AUSTRIA'S CAPITAL FACED UP TO TERROR – PICTURES AND VIDEO

Under national guidelines, decided by the Public Health Agency, Swedes and visitors to the country should avoid using public transport, avoid large gatherings, work from home when possible, keep social distancing and stay at home if showing symptoms.

As of October 22, these guidelines apply to everyone in the population and not only to people aged over 70 or belonging to an "at risk" group, as was previously the case. 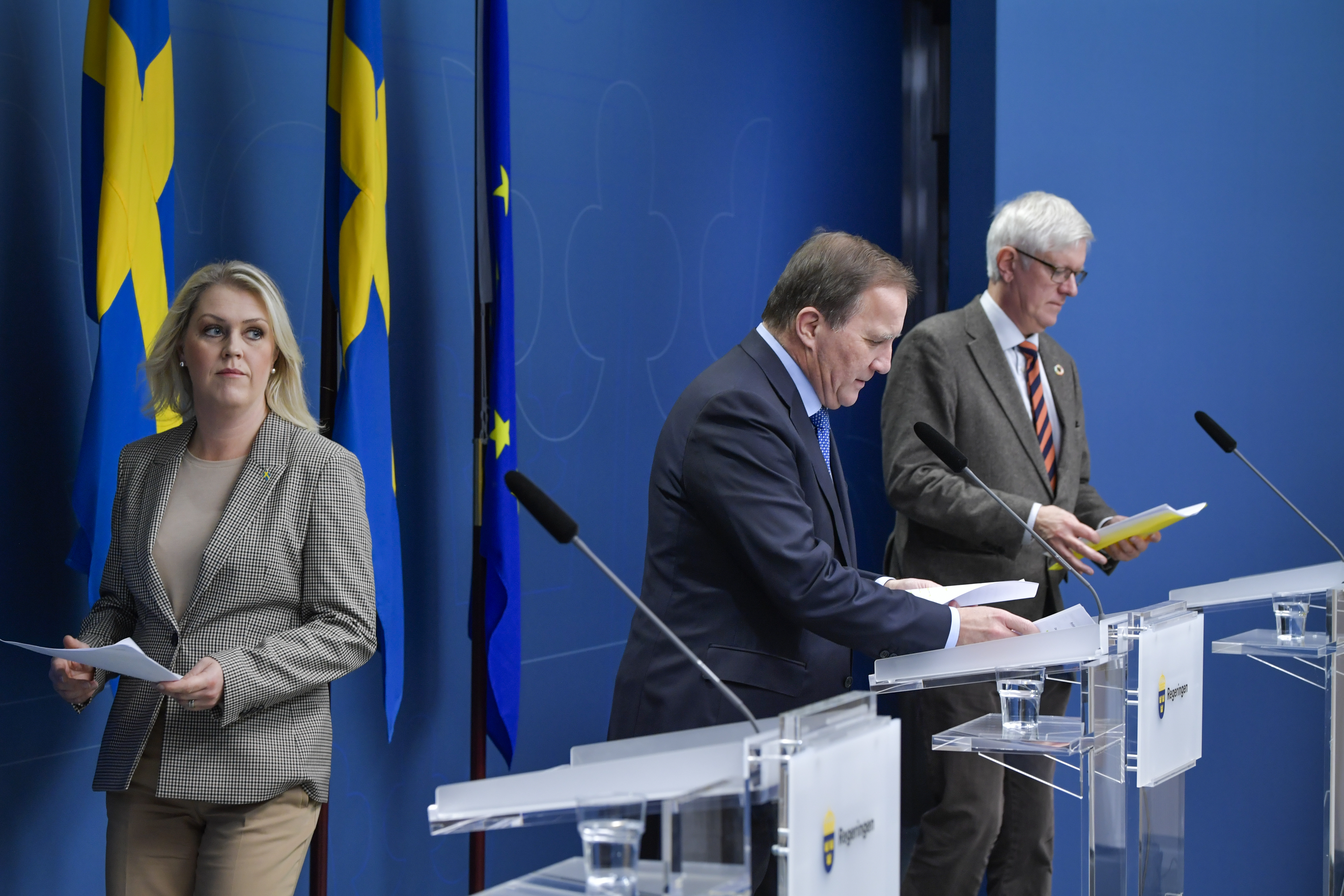 The new measures, called allmanna rad or "general recommendations," are not legally binding and there's no fine to be paid in case of violation.

Measures that affect restaurants and public events across Sweden are instead legally binding and enforced by the government. Restaurants can only accept groups of a maximum of eight people and these must keep a one-meter distance from other groups. Public events can host a maximum of 50 participants, with the exception of cultural and sporting events, which can have a maximum of audience of 300 people. But under stricter local restrictions, several regions have chosen to keep the maximum number of people allowed at 50 participants.

The temporary entry ban to Sweden from all non-Swedish travelers coming from outside the EU – with the exception of the UK, Norway, Iceland, Liechtenstein and Switzerland – implemented in May is still in place.

In spring, at a time when countries across Europe were recording alarming surges in daily COVID-19 infections, Sweden had recorded its lowest rate of positive tests since the virus emerged, leading many to question whether the Nordic country's controversial "relaxed" approach to lockdown paid off.

The small country of 10 million people carried out a record number of new coronavirus tests in the past few weeks, with the national health agency reporting that only 1.2 percent came back positive last week, the lowest rate since the pandemic began and much better than many countries on the continent are experiencing.

Sweden carried out more than 120,000 tests in September, with just over 1,300 coming back positive, far below the 19 percent positive tests hit during some weeks in the spring and had the lowest rate of spread in Scandinavia.

"Our strategy has been consistent and sustainable. We probably have a lower risk of spread here compared with other countries," said Jonas Ludvigsson, professor of epidemiology at Karolinska Institutet, adding that Sweden likely had a higher level of immunity in the population than most countries.

"I think we benefit a lot from that now," he said. 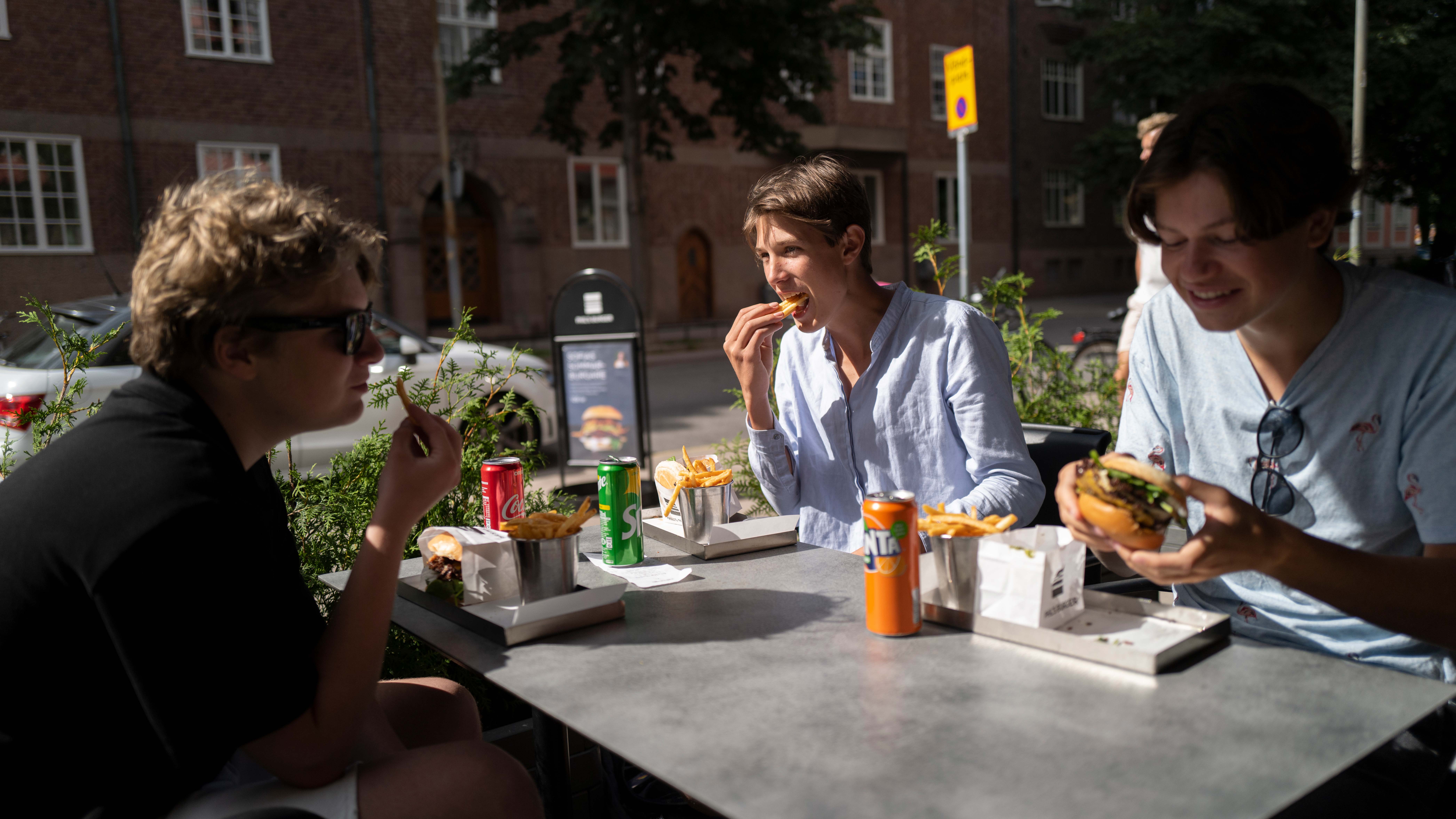 Sweden, which took a different approach to the COVID-19 outbreak from most countries, is recording its lowest rate of infection. /Martin von Krogh/Getty Images

Sweden, which took a different approach to the COVID-19 outbreak from most countries, is recording its lowest rate of infection. /Martin von Krogh/Getty Images

Straying from the approach taken by the rest of Europe, and perhaps the world, Sweden avoided a lockdown and instead emphasized personal responsibility, social distancing and good hygiene in a bid to slow rather than eradicate a disease deemed here to stay.

The strategy drew fierce criticism both at home and abroad as deaths shot up during the spring, but has also been lauded by WHO officials as a sustainable model.

While many countries have changing rules and lockdown restrictions, Swedish health agency director-general Johan Carlson told a news conference the Swedish guidelines were designed to be easy to understand and retain for an extended period.

More than 5,900 people with the disease have died, many times higher per capita than in neighboring Nordic countries but lower than in Italy, Spain and the UK.

Deaths, hospitalizations and new cases have now dropped to low levels, while countries such as Spain and France contend with surges in infections after they lifted lockdowns. 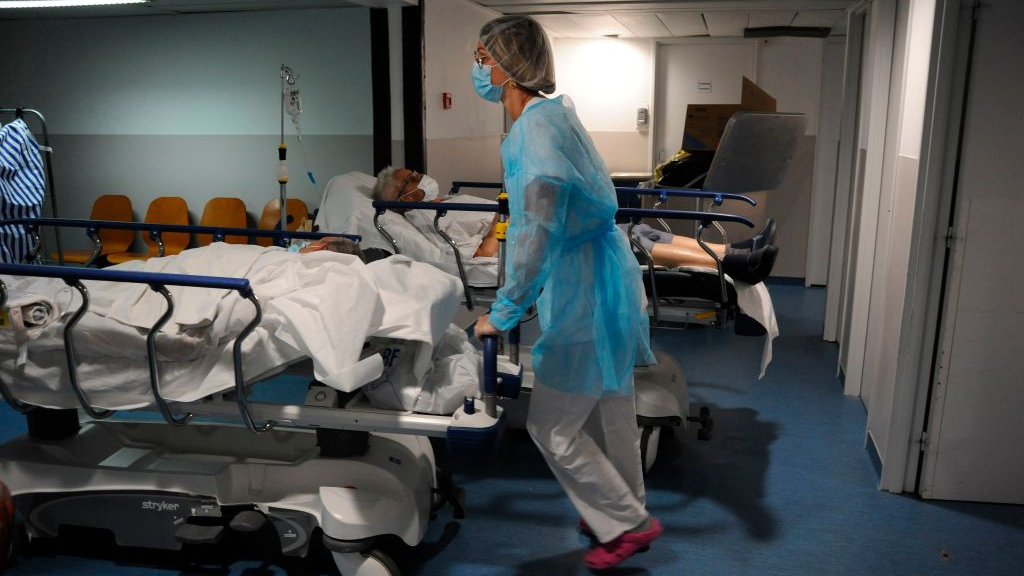 In France, according to the government there have been at least 1,502,700 confirmed cases, and, as of Wednesday morning, 38,289 people had died. A dire milestone was reached on October 25, as 52,013 new cases were confirmed in a single day.

Spain has also experienced an alarming surge in cases, and became the first country in Western Europe to register 500,000 coronavirus infections on September 7, after a second surge in cases coincided with schools reopening. The secretary general of Spain's doctors' union has blamed the recent spike on the decentralization of the country's coronavirus response.

Spain currently has a total number of cases that's just below the French one, standing at 1,331,756. The number of COVID-19 victims in the country is estimated at 36,495.

The UK has similarly been battling an increasing reproduction, or R, rate, and while many fear that this is evidence of a second wave in the country, senior clinical lecturer and expert in disease control at the University of Exeter, Bharat Pankhania, believes otherwise.

"Without a doubt, it's a continuation of the first wave. The first wave never went away. All that the first wave did was that the case numbers went down because of changes in human behavior," Pankhania told CGTN Europe.

"That is, we were in lockdown and much, much, much restricted human movements. When these human movements start to go up, we go back to school, offices, socializing the case numbers go up. So it's not really the start of a new second wave," he added. 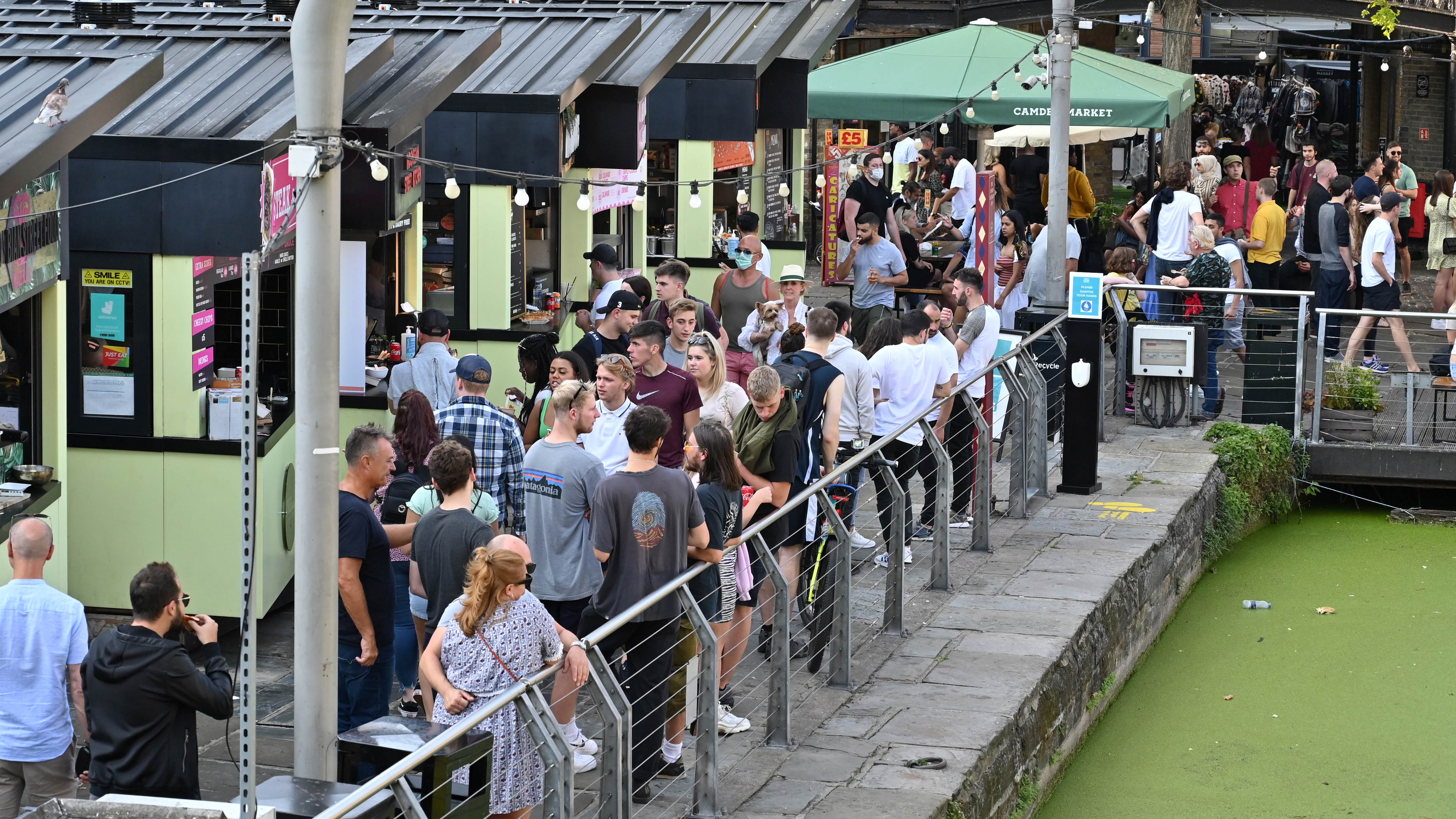 Britons resume socializing outside after lockdown measures are eased, but cases are now rising. /Justin Tallis/AFP

Britons resume socializing outside after lockdown measures are eased, but cases are now rising. /Justin Tallis/AFP

While some scientists say that the Swedish example of not imposing tight restrictions had proved successful in decreasing the risk and spread of the virus over time, others believed restrictions were necessary and useful in containing the spread, but that governments faulted with the timing of them.

"If, for example, the UK had gone into restriction of movement earlier and kept the restrictions for a little bit longer, we would now today be in a better position," Pankhania said.

Many, including Pankhania, still maintained that other European countries should not follow Sweden's example as the risk is still a large factor.

"The herd immunity that we often talk about is when you can safely give a vaccine. That way we know we are protecting a large number of people. Otherwise, it's folly, you're taking a risk, you don't know which way it will go," he added.