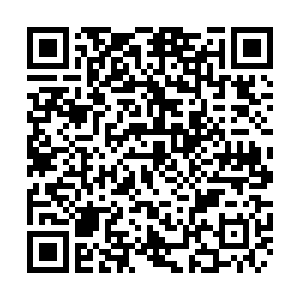 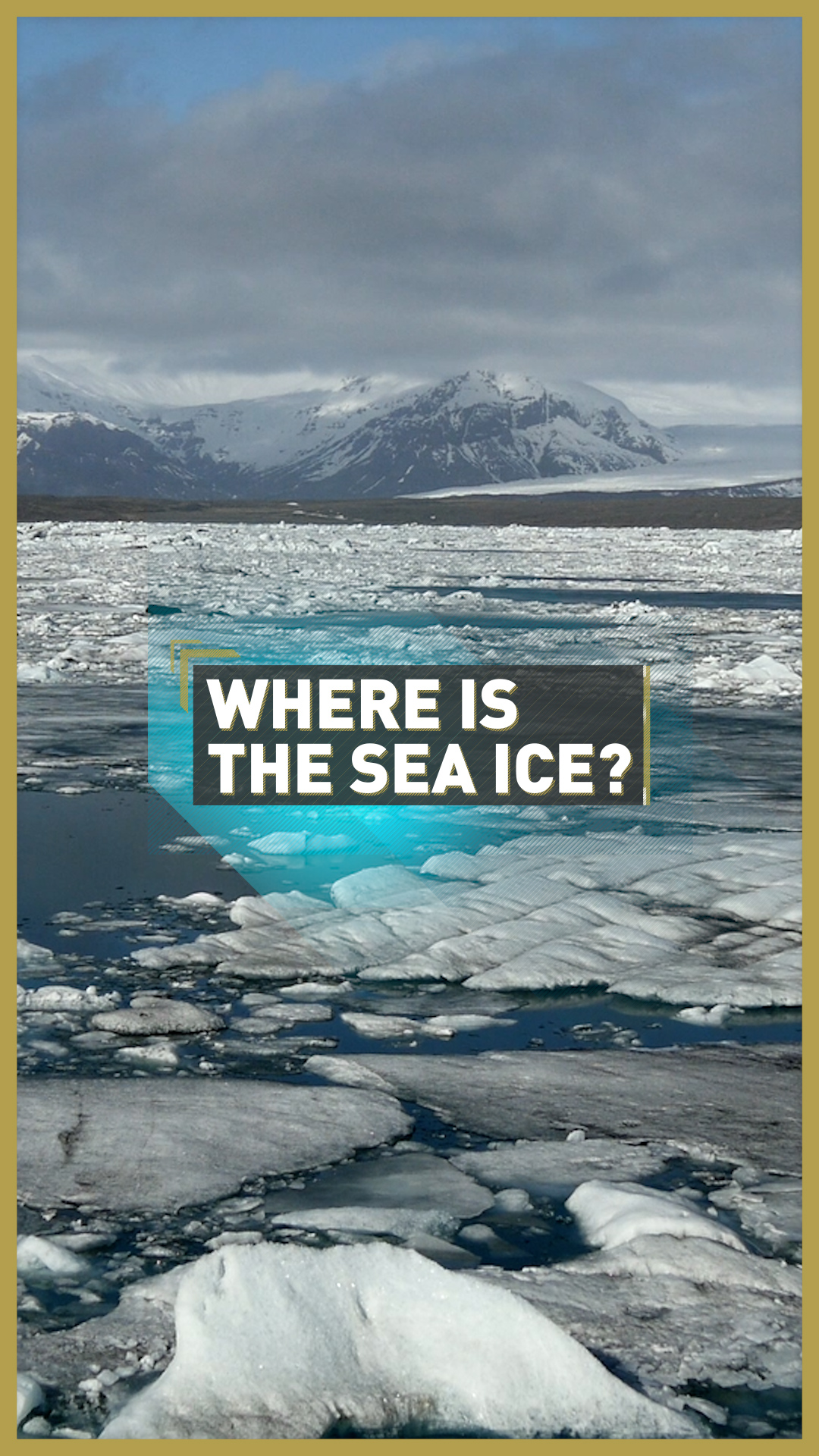 For the first time in its recorded history, the Laptev Sea in Siberia, Russia, hasn't started freezing by late October, the time when ice normally starts forming across what is known as the main nursery of Arctic sea ice.

"The total extent of Arctic sea ice is currently the lowest on record for today's date," says Zachary Labe, climate scientist and postdoctoral researcher at Colorado State University. "This means that there is more open water in the Arctic Ocean than ever observed by satellites in mid to late October."

Climate scientists say this is an alarming sign of the impact of climate change on the Siberian region that could have a ripple effect on the whole Arctic ecosystem.

Why hasn't the Laptev Sea frozen by now?

Experts say this year's delay in the annual freeze of the Laptev Sea has been caused by exceptionally warm temperatures in northern Russia during this year's summer – the warmest since 1979 – and by the intrusion of Atlantic currents into the Arctic waters.

As reported by the National Snow & Ice Data Center (NSIDC), the Siberian heatwave that hit the Arctic region in June 2020 caused air temperatures to rise by 1 to 4 degrees Celsius above average over most of the Arctic Ocean, with the exception of the Siberian coast of the Laptev sea, where temperatures were 8 degrees higher than average.

Under record high temperatures, the Laptev Sea ice melted earlier than it normally would and its ice extent – the area of the sea covered with ice – dropped to its lowest level reported for that time of the year.

During the same month, the extent of the Arctic sea ice declined by an average of 64,300 square kilometers per day overall – about 20 percent faster than the 1981-2010 average.

The latest data, referring to the month of September, reports an overall rate of sea ice decline equal to 83,700 square kilometers per year.

Adding to the summer heatwave, warming temperatures across the planet are causing Atlantic currents to reach the Arctic and disrupt the stratification between warm deep waters and the cool surface, which allows for the forming of ice.

"The year 2020 will stand as an exclamation point on the downward trend in Arctic sea ice extent," said Mark Serreze, director of the NSIDC. "We are headed towards a seasonally ice-free Arctic Ocean, and this year is another nail in the coffin."

A look at the Arctic sea ice concentration over the last 100 years (to 2017) using the latest data from NSIDC. /Zachary Labe

A look at the Arctic sea ice concentration over the last 100 years (to 2017) using the latest data from NSIDC. /Zachary Labe

What are the potential consequences?

Ice failing to form 'on time' in the Arctic sea is a huge red flag for the rest of the region. Normally, the ice formed in the Laptev Sea drifts to other parts of the Arctic Ocean thanks to offshore winds, and supports the formation of ice packs in other bodies of water in the region.

After the heatwave that hit Siberia in the summer, large bodies of water were left where the ice had melted, allowing ocean temperatures to climb.

"The lack of sea ice in the Siberian Arctic this year can and will have substantial impacts to marine and terrestrial ecosystems, such as in the Lena River Delta. The persistence of these extreme conditions is especially alarming in my view." 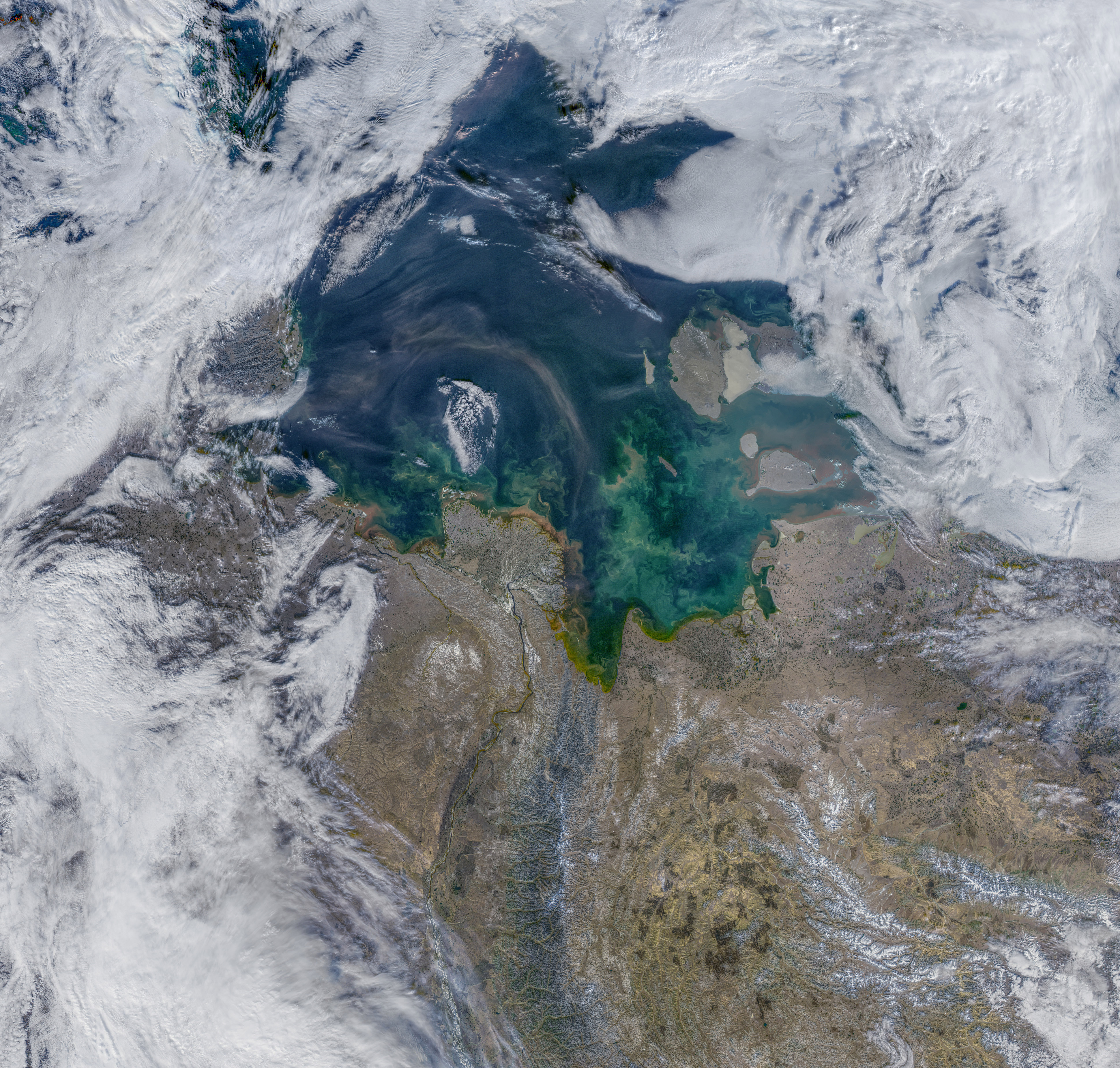 Aerial view of the Laptev Sea, as taken on September 10, 2020. /NASA Earth Observatory

Aerial view of the Laptev Sea, as taken on September 10, 2020. /NASA Earth Observatory

Delayed freezing in the Laptev Sea could also cause ice in the rest of the area to be thinner than average this year and more vulnerable to melt in the summer, disrupting the ecosystem of the area.

"We do not know yet how the evolution of sea ice will grow for the winter months," says Labe. "However, the longer it takes to form sea ice, the shorter time it has to grow and thicken. Younger and thinner sea ice is one of the primary climate change indicators in the Arctic. The average thickness of sea ice is already more than 1 meter below average."

Indigenous communities are among the ones expected to be directly affected by this anomalous event, as their fishing practices and travelling depends on the sea ice cycles. But, eventually, this is a phenomenon that will affect the whole planet, as everything is interconnected: global warming is causing the ice to melt, and melting ice speeds up climate change.

"Despite the large year-to-year variability, which includes extreme events like this one, the long-term climate change trends are clear," says Labe. "The Arctic is warming faster than anywhere else on the planet and will continue to do so without a substantial reduction in fossil fuel emissions."