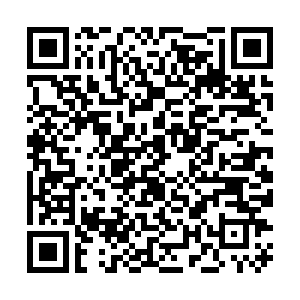 · The King of the Netherlands, Willem-Alexander and his wife have cut short their vacation to Greece after receiving criticism for traveling during the pandemic.

· Slovakia has acquired 13 million rapid antigen tests as it aims to mass test its population amid a surge in cases.

· Italy's Lombardy region, the european epicenter of the virus, has implemented new measures such as limiting bar service and alcohol sales and banning contact sports from midnight on Saturday.

· Germany's Chancellor Angela Merkel has urged residents to avoid social contact and keep traveling to a minimum, adding that they "have to do everything to prevent the virus from spreading out of control."

· Police were called to disperse hundreds of people gathering in the streets of London on Friday night.

· Austria's foreign minister, Alexander Schallenberg, has tested positive for the virus and all members of the government will be tested as a precaution.

· According to government adviser John Bell, a national circuit-breaker may be necessary to curb the rise in infections in the UK.

· Belgium is to close all cafes and restaurants for four weeks on Monday as it tries to slow the spread of the virus.

· Intensive care units in a number of European cities could reach maximum capacity in the coming weeks, according to the World Health Organization.

· Spain has reported 15,186 new cases in the past 24 hours as its health minister, Salvador Illa admits the nation faces "five or six more complicated months."

· Italy reported 10,010 new infections in the past 24 hours, its highest daily tally since the beginning of the pandemic. 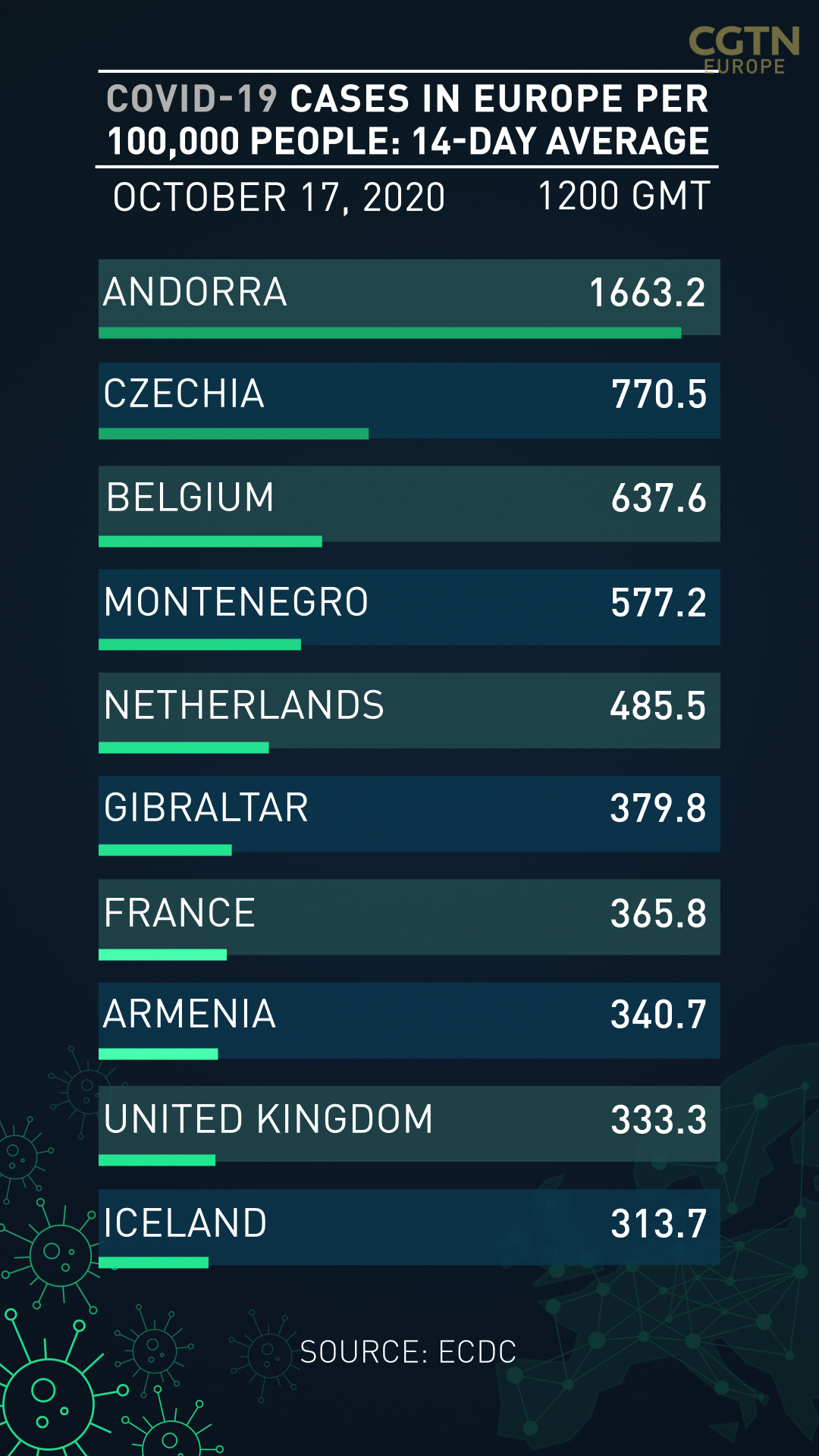 The government is still struggling to enforce Tier 3 measures in Greater Manchester because local leaders want more economic compensation before introducing tighter restrictions. Council leaders have said they are ready to meet the Prime Minister at any time.

The Office for National Statistics reports that between October 2 and 8, around 1 in 160 people in England has the virus. That's down from 1 in 240 the previous week.

The government currently puts the R-value, the infection rate, for the UK at between 1.3 to 1.5, with the number of new infections growing by between 4 percent and 7 percent every day.

Nine cities in France, including Paris, Marseille and Lyon, will be coming under a 9 p.m- 6 a.m curfew on Saturday as the most restrictive COVID-19 measure since the end of lockdown comes into force.

The curfew will be in place for at least a month as the government attempts to reduce the number of people testing positive for the coronavirus. France is going through a second wave of new infections.

Police will be carrying out checks in all the cities where a curfew is in place and will have the power to impose fines for breaking the restriction.

There are a handful of exemptions, such as visiting a sick relative or traveling for essential work, and you must have an official document with you if you are outside after 9 p.m. 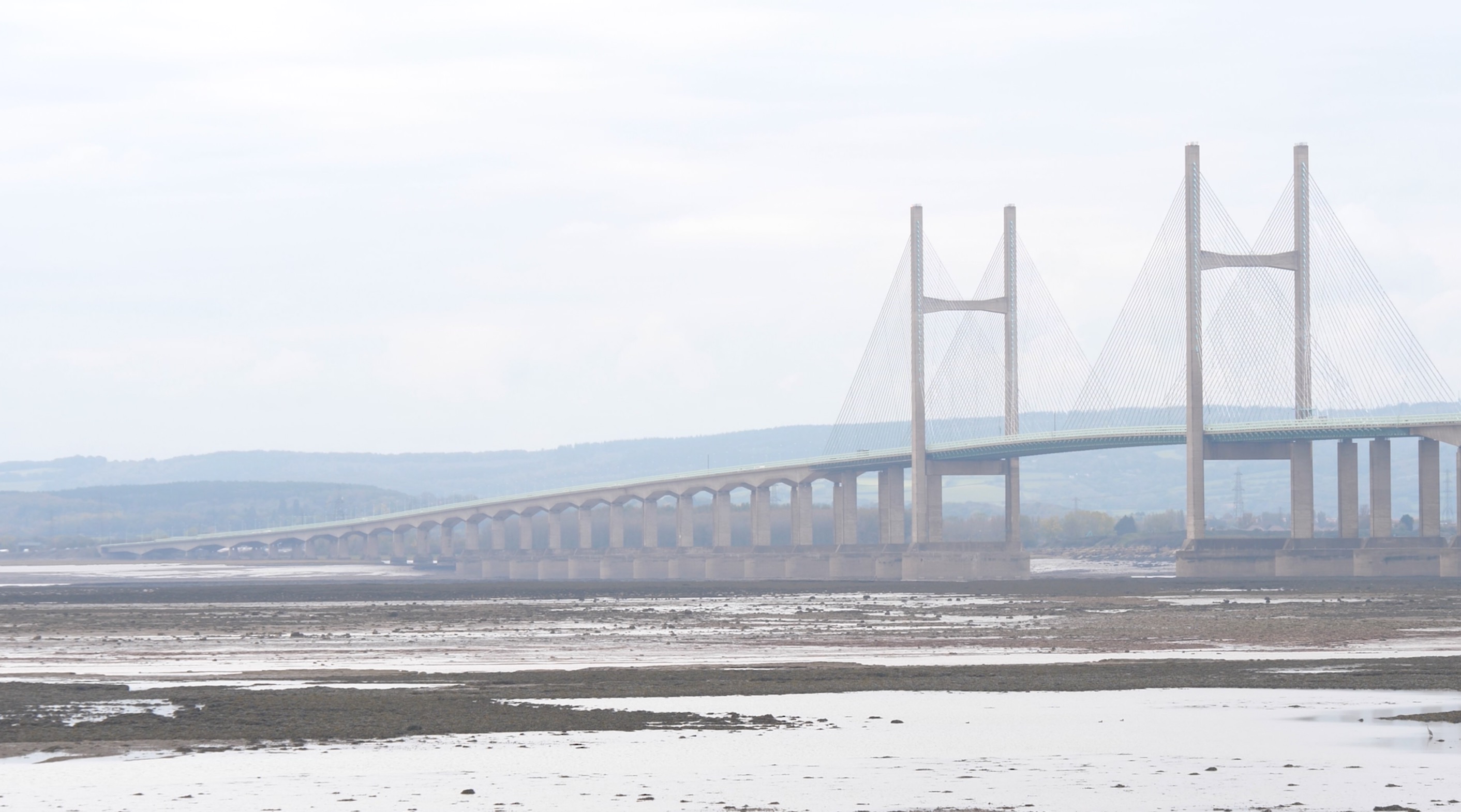 On a busy day, around 30,000 motorists use the Severn bridge that separates England and Wales each day. The picture on Saturday was very different after Wales imposed a travel ban on high risk regions of England, Ireland and Scotland. /CGTN

On a busy day, around 30,000 motorists use the Severn bridge that separates England and Wales each day. The picture on Saturday was very different after Wales imposed a travel ban on high risk regions of England, Ireland and Scotland. /CGTN

Foreign minister Alexander Schallenberg has tested positive for COVID-19, according to the ministry's spokesperson.

Schallenberg, who is currently asymptomatic, is thought to have been infected at a recent meeting with his European Union colleagues in Luxembourg.

As a precaution, all of the government will be tested for the virus on Saturday.

Meanwhile, the country's new daily cases passed 2,000 for the first time since the start of the pandemic.

Czechia has begun to build several field hospitals as a surge of intensive care patients threatens to overwhelm the nation's health service.

The World Health Organization has warned that countries such as Czechia could reach their maximum capacity in the coming weeks.

The German state of Bavaria has agreed to treat some of Czechia's ICU patients with the hope it will ease the stress on the country.

In the past 24 hours, new infections rose by 11,105, the largest single-day tally on record. 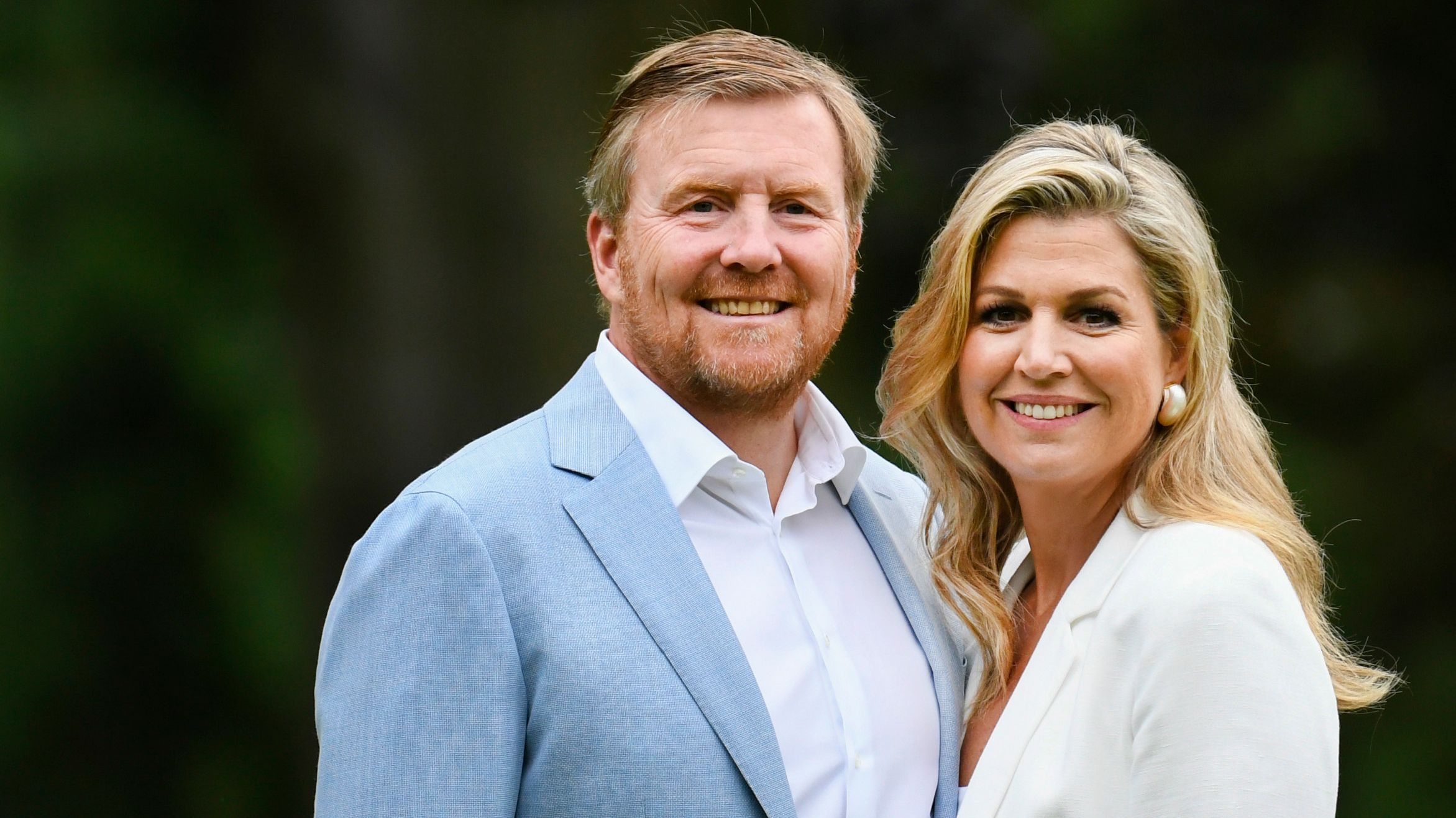 The King of the Netherlands, Willem-Alexander and his wife, have curtailed their vacation to Greece after receiving criticism for traveling during the pandemic. /AP

The King of the Netherlands, Willem-Alexander and his wife, have curtailed their vacation to Greece after receiving criticism for traveling during the pandemic. /AP