Should your employer pay for your heating at home this winter?
Gary Parkinson 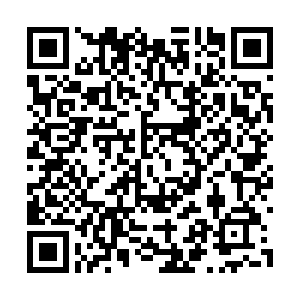 A big consequence of the COVID-19 pandemic round the world has been a workplace revolution for a large slice of the population, with the normalization of home-working.

As the spring wave of coronavirus crashed across Europe and countries locked down in desperate fear, even employers who had previously been tentative about allowing workers to operate from home suddenly found it an acceptable alternative to closing down.

The relative success of the ad-hoc experiment has led to many seeing it as the future of white-collar employment – and as a fall wave overshadows the continent, we are entering a winter of remote working.

CLICK: WATCH OUR INTERACTIVE CHART TO FIND OUT WHO HAS SUFFERED MOST FROM COVID-19 SPIKES IN EUROPE

Obviously not everyone can work from home, but the scale of the rise has been dramatic. In April, the European Foundation for the Improvement of Living and Working Conditions suggested that close to 40 percent of employees in the European Union had begun to work from home full-time as a result of the pandemic. Before the outbreak just 15 percent of the EU workforce had ever teleworked at all, let alone full-time.

As with any workforce revolution, however, it must come with a legal protection, which always lags behind. A recent Financial Times editorial declared that "much of the legislation governing home-working is not fit for purpose" – leading to confusion and plans for legal overhauls which must answer fundamental questions about how involved employers can, or should, get in domestic affairs.

The first area to consider is purely physical and practical: How do we work from home? In most cases it will involve an internet-connected computer, a desk or table and a chair. Who pays for those?

In some European countries, the simple answer is: The boss does. Spain and Greece are among the countries whose laws stipulate that employers must bear all costs of establishing home-working, and the Greek Labour Inspection Authority has started home checks in the event of complaints about employment conditions. 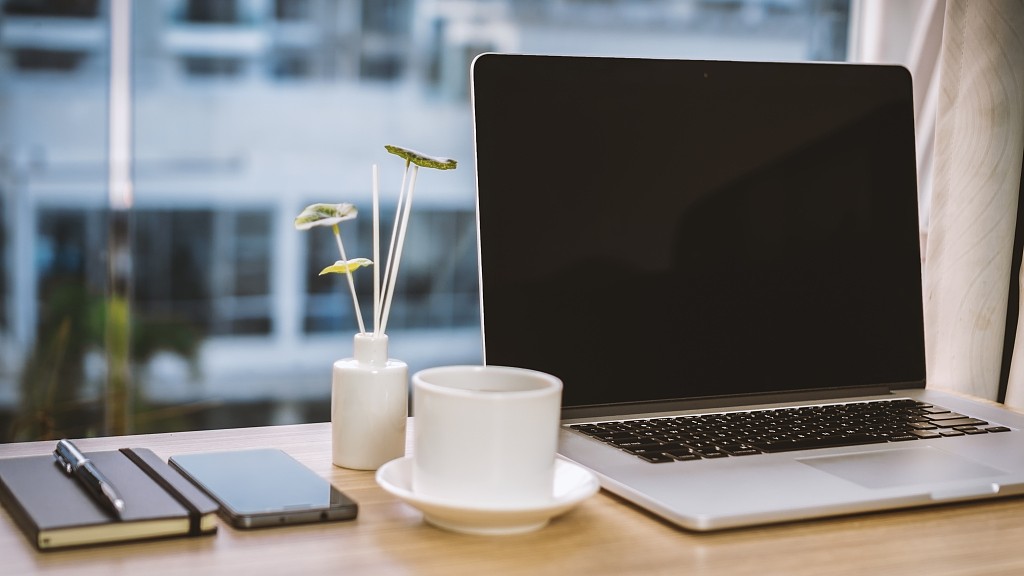 Your home-working set-up may be subject to government approval. /Constantine Johnny/Getty Creative via CFP

Your home-working set-up may be subject to government approval. /Constantine Johnny/Getty Creative via CFP

Having the boss's emissary knock on your door with a tape measure and notebook is far from unusual. In the Netherlands and Germany, employers are obligated to visit and check your workstation, while the French rely on "an agreement in principle" and the English legal system relies more upon the taking of "reasonable steps."

Belgium's laws have introduced the new portmanteau word "telehomework" to deal with what was initially seen as a temporary response to COVID-19, bolted on top of the 2017 Agile and Flexible Work Act. The government grants lump-sum monthly expense allowances – $152 for installation and use of a home office, plus $23 for the use of a private computer and $23 for the use of a private internet connection. Meanwhile, German laws mandate employers to provide not just a laptop or notebook, but a desk, a chair, a screen and an internet connection.

However, even these tightly prescribed rules may not be enough in all cases. "We're not just talking about, 'have they got a desk and a chair?'," says Louise Goss, editor of The Homeworker magazine. "They might be using a kitchen table or a spare bedroom. Is it ergonomically appropriate? Do they have good lighting? Is it well ventilated? It's not just their physical work environment, but are they staying mentally healthy as well?

"The other question here is whether an employee will have a choice or is being forced to work from home," continues Goss. "That's where the responsibility needs to lie more with the employer to make sure that they've got an adequate environment and they're not having to work from the sofa or the bed." 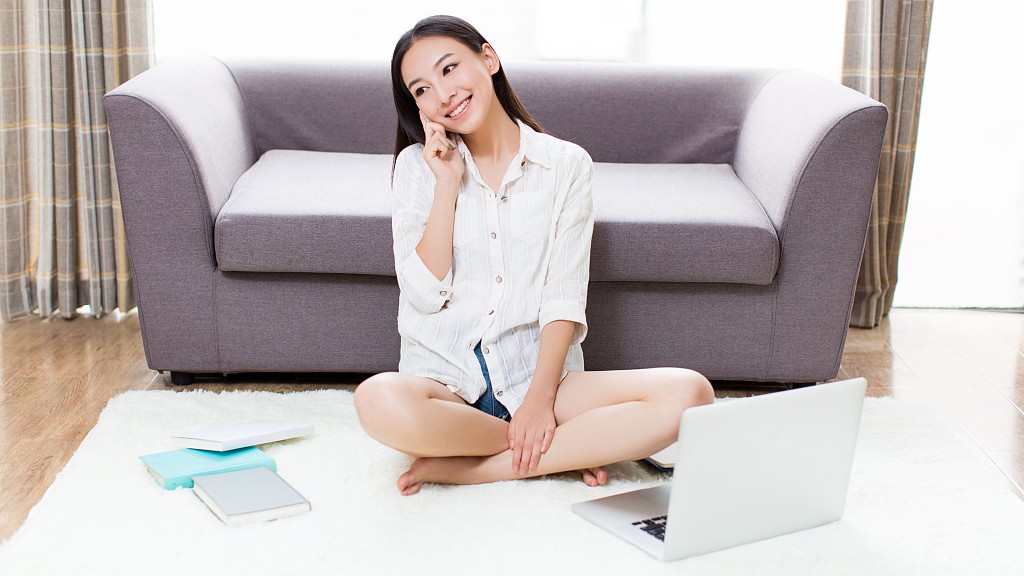 While it may seem comfortable in the short term, working in ergonomically unsuitable postures can wreak long-term damage on the body. /HI/Hao Hu/CFP

While it may seem comfortable in the short term, working in ergonomically unsuitable postures can wreak long-term damage on the body. /HI/Hao Hu/CFP

Not that Goss thinks all the onus should fall upon employers, many of whom are struggling in the pandemic economy. "It's unreasonable to expect companies to kit out everybody's home. Businesses are going to have to start being creative and innovative in how they can support their employees. Perhaps organizations can negotiate deals with certain energy providers or broadband providers, and pass on these discounts to their employees."

While this might seem like an extra cost for employers to bear, Goss points out that quite aside from possible savings in office overheads, other worker benefits will presumably be reducing as home-working increases. "If a business subsidizes employees' public transport with their season tickets, maybe they can use that money to help them set up from home."

The future of employment

Indeed, provisions for home-working are likely to become a bargaining chip in employment negotiations – continuing what Goss describes as a decade-long trend. "People in HR have told me that pretty much since the Global Financial Crisis, there's been a lot more onus on the business to attract the employee rather than the other way around: 'What can you offer me?'

"And whereas before it was things like training and development and career progression, perhaps down the line, it's going to become more about 'What can you offer me in terms of home-working and support for that?'"

For all the bargaining, though, the home-working revolution is based upon mutual trust. "Trust was always touted as a reason why businesses were hesitant and this situation has shown us that it can work – statistically, people working at home are more productive," says Goss.

However, she thinks this increased output might hide a dark side: "If anything, people just work longer hours. We have to be careful that people aren't burning themselves out working from home because work is always there." 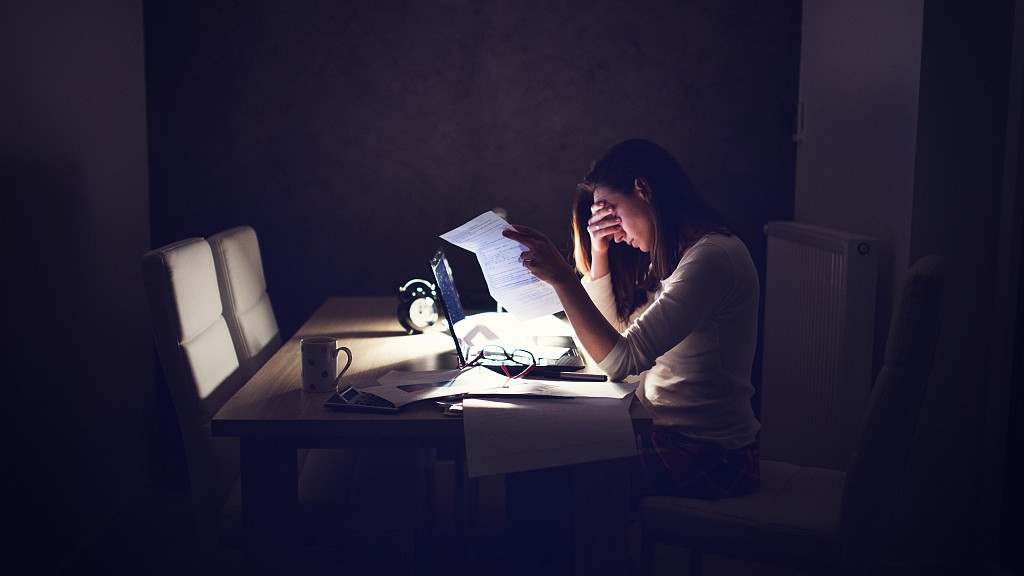 Some home-workers can work unhealthily long hours if they don't know how to switch off – literally and metaphorically. /South Agency/Getty Creative via CFP

Some home-workers can work unhealthily long hours if they don't know how to switch off – literally and metaphorically. /South Agency/Getty Creative via CFP

The blurring of boundaries between domesticity and work can cause problems. Speaking at an FT Live event in May – virtually, of course – Kevin Sneader, global managing partner of McKinsey & Company, noted that "working from home isn't all it's cracked up to be – 'working from home' can quickly become 'sleeping at the office'."

Goss agrees and puts the phenomenon down to a kind of online presenteeism. "It's an underlying anxiety: 'I can't step away from the computer because I don't want them to think that I'm slacking off work.' One responsibility employers do have is to ensure that they're supporting their employees to switch off and look after their own wellbeing."

But, again, Goss thinks this is a responsibility that can be shared. "Home-workers have to take responsibility for their own health and wellbeing in terms of putting in boundaries and switching off. One thing that can be quite useful is a quick end-of-day meeting, more of a social catch-up that signals to everyone that it's the end of the day."