- Germany has warned against non-essential travel to France, the Netherlands, Malta and Slovakia after a spike in infection rates in those countries.

- Hundreds of Catalonia's hospitality workers gathered in Barcelona on Friday to protest against the 15-day lockdown of all bars and restaurants in the region.

- France is to introduce rapid tests at airports by the end of October in a bid to revive air traffic in the country, its transport minister, Jean-Baptiste Djebbari said.

- A Berlin court has suspended a curfew on the city's bars and restaurants because it considers it "disproportionate in view of other measures taken to fight the pandemic."

- The UK's Wimbledon tennis championships has admitted it is planning for next year's tournament to potentially be held without spectators amid the pandemic.

- "The situation in Switzerland is deteriorating faster than elsewhere," according to the country's health minister Alain Berset.

- Schools in Italy's southern region of Campania have decided to close less than a month after reopening amid a surge of new cases in the area.

- France Finance Minister Bruno Le Maire has pledged $1.17 billion to help companies cope with the impact of the nation's new curfew in nine cities across the country, including Paris.

- UK Prime Minister, Boris Johnson has said he may have to intervene to save lives in Manchester if local leaders continue to disagree to a move to the highest virus alert level.

- England is getting "very close" to the figures reported at the peak of the virus in April, according to Graham Medley, a government health adviser.

- Finland's Prime Minister Sanna Marin has left the European Council after discovering she had come into contact with someone who has tested positive.

Belgium had a record-breaking 10,448 new coronavirus cases in the past 24 hours as the country struggles to get the upper hand on the virus's spread. The federal government will meet on Friday afternoon to discuss a raft of new tightening measures. Options include a France-like curfew for all citizens, mandating telework, reducing social contacts outside the home to one and forcing all restaurants to close at 11 p.m.. Bars and cafes across the country are already on reduced hours.

A full lockdown is off the table for now, but experts and ministers have warned that if infections don't make a U-turn, a further shutting down of society won't be ruled out.

EU Commission President Ursula von der Leyen was forced to duck out of a critical leaders' summit on Thursday after a member of her staff tested positive for the coronavirus. She headed into self-isolation, but not before hosting bilateral meetings with the prime ministers of Portugal and Czechia. She said in a tweet that she had tested negative.

She's the third high-ranking official to be sidelined by COVID-19. Polish Prime Minister Mateusz Morawiecki didn't come to Brussels for the summit and is reportedly self-isolating after coming into contact with an infected person, while Finland's leader Sanna Marin left the council on Friday morning after becoming aware she had come into contact with someone who tested positive.

A resurgence in coronavirus cases across the continent has led many to question why the leaders would risk meeting in person. But Council president Charles Michel defended the move, saying face-to-face meetings are imperative when important issues are up for discussion. The leaders are meeting for two days to discuss Brexit, COVID-19 and escalating tensions with Turkey.

Millions of people across England are facing tougher coronavirus restrictions later on Friday, as rates of infection continue to rise. Half of England's population will now be living under "high" or "very high" restrictions – dictated by the country's three-tiered system.

From midnight, people living in London and several other areas will no longer be allowed to mix with other people indoors, unless they live with them.

The UK government wants to place Greater Manchester under "very high" restrictions, whereby pubs and restaurants not serving meals would have to close. The region's mayor said he won't accept the restrictions unless they come with more financial support.

During a national address on Friday, prime minister Boris Johnson admitted he may have to step in to save lives in Manchester if an agreement cannot be reached.

In Northern Ireland, the hospitality sector will only be allowed to offer takeaway services for a month. Schools are set to close for two weeks, starting on Monday. 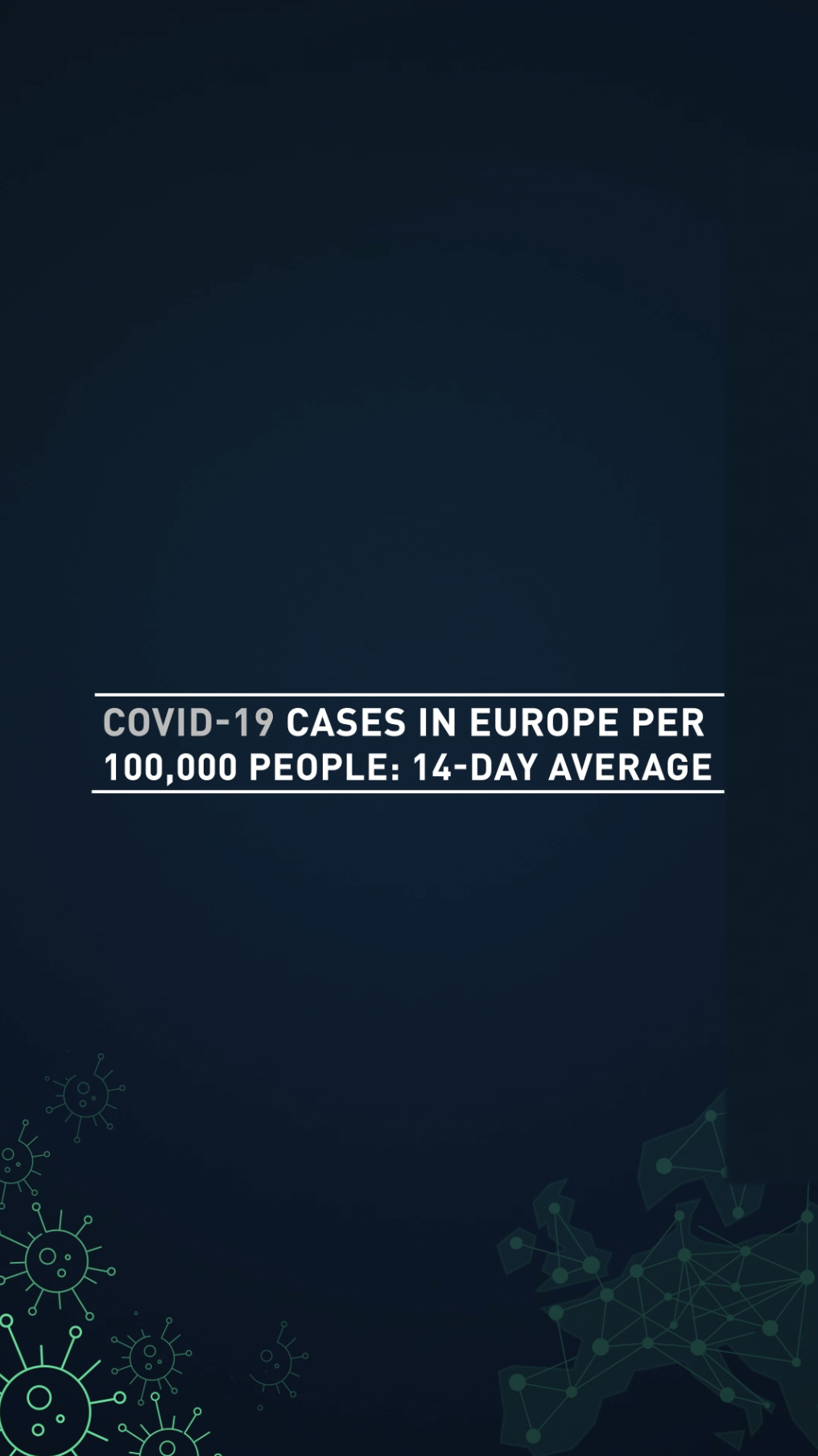 Hospitality sector workers in Barcelona will hold a protest rally on Friday.

It follows the decision by the Catalan regional government to order the closure of all bars and restaurants for two weeks starting from Thursday at midnight.

The authorities say they have to take tough public health action to try to curb the second wave of COVID-19 in the region.

From today restaurants will only be able to serve takeaway food, with customers either picking up the order at the door or using a delivery service.

The Catalan government said it will allocate at least $47 million to help the struggling hospitality sector.

Hungary's daily COVID-19 death toll reached another record high on Friday, with 33 deaths in the past 24 hours.

The youngest victim was a 20-year-old man, who, according to government data, had several underlying health conditions including pathological obesity and anemia and had undergone bone marrow transplantation.

He is the youngest victim of the pandemic in Hungary so far.

From next week, the flu vaccine will be available for free from GPs in Hungary. National Chief Physician Cecília Müller has asked those at high risk of catching the coronavirus to take advantage of the free vaccination.

Meanwhile, Romania has announced that Hungarians may travel across the border between the countries without needing to quarantine. Wimbledon tennis organizers are planning for the potential of no spectators at next year's tournament. /AP

Wimbledon tennis organizers are planning for the potential of no spectators at next year's tournament. /AP