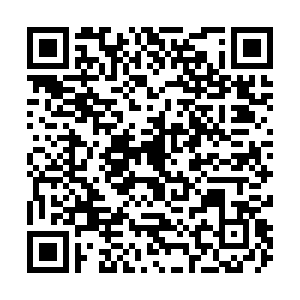 - France's President Emmanuel Macron is expected to announce several new national lockdown measures when he gives a televised address to the country at 8 p.m. local time on Wednesday evening.

- Italy recorded 7,332 new cases in the past 24 hours, the country's highest ever daily tally.

- Poland's health authorities say they have enough hospital beds and respirators to tackle the new spike in cases, despite doctors warning the healthcare system could become overloaded.

- Belgium's intensive care units will reach maximum capacity in mid-November if cases continue to rise at the current rate, health authorities have warned.

- Czechia has imposed a new three-week partial lockdown that includes the closure of all restaurants, bars, clubs and schools.

- Portugal will adopt tighter measures on gatherings and heavier penalties for rule-breakers from Thursday.

- Nearly nine out of 10 workers would like the choice of whether to work from home or the office once workplaces return following the pandemic, according to research carried out in 12 countries across Europe, the Middle East and Russia, by technology firm Cisco Systems.

- Ukraine's government has voted to extend its current lockdown restrictions until the end of the year.

- Poland Prime Minister Mateusz Morawiecki has tested negative for the virus but will continue to quarantine after coming in contact with a person who tested positive, a government spokesman said.

- Northern Ireland has announced a four-week period of stricter measures with schools and large parts of the hospitality sector closed to slow the spread of the virus.

France's President Emmanuel Macron is widely expected to announce new measures on Wednesday as he makes a prime time live TV appearance in an interview with two leading anchors.

The measure most likely to be brought in seems to be a curfew for major cities facing a second wave of infections, although the government has not yet officially announced this new restriction, which would require people to be home in the evening and not leave until allowed to do so the next morning.

Meanwhile, two more cities, Brest and Quimper, in Brittany, have made face masks mandatory outside and the western city of Nantes is weighing up the possibility of closing all bars and restaurants at 10 p.m..

It comes as teacher's union PSZ Budapesti Szervezete reports that three teachers have died from the virus.

The union says it's asked the government to provide testing for teachers and that those with chronic illnesses and who are elderly be exempt from working.

"The answer was no. It seems that those working in education can be sacrificed. It is also not possible to know where, to what extent the epidemic has spread, the trade union does not have access to the data," the union said. 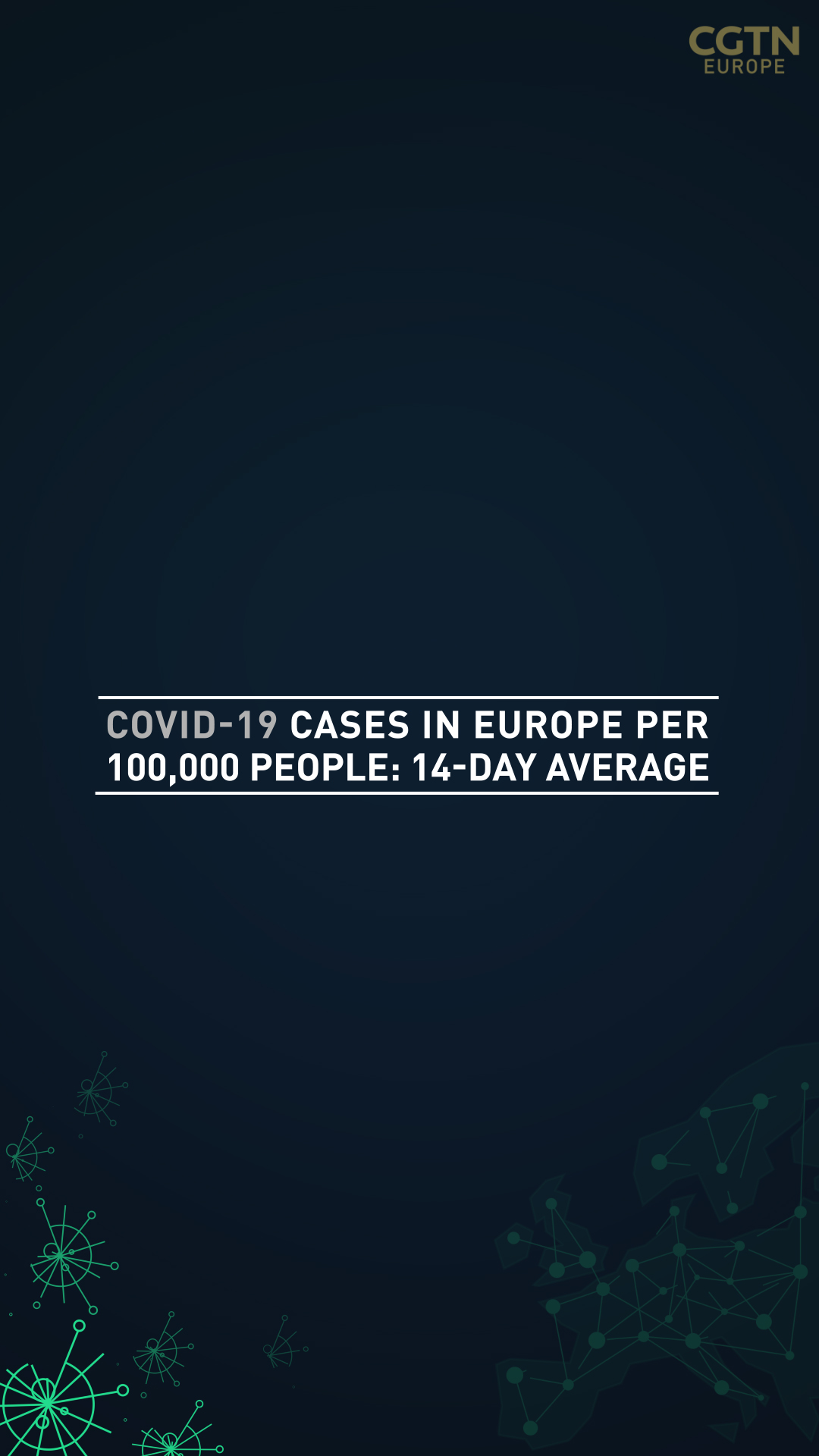 Belgium hit a new record of daily infections on Friday with 7,030 cases.

The average daily rate also continues to spike with more than 5,000 new cases recorded in the past week, up 93 percent from the previous period.

Hospitals in Belgium are now bracing for a flood of COVID-19 patients. Medical facilities will go into phase 1A from today, meaning that 25 percent of intensive care unit beds are reserved for coronavirus patients. An interfederal spokesperson said hospitals could be saturated by mid-November.

COVID-19 carries a risk for you but it also carries an enormous risk of transmission to others
-   Antonio Costa, Portugal's Prime Minister

All cafés, restaurants and coffee shops in the Netherlands have to close on Wednesday. Also, alcohol may no longer be sold after 8 p.m. throughout the country.

It is still possible to get take away food from restaurants. Although the number of infections in restaurants and bars is relatively small, visiting them leads to many contact moments, said Dutch Prime Minister Mark Rutte.

Hotels may, however, remain open. Public gatherings, indoors and outdoors, with more than four people are no longer allowed.

The new measures will stay in place for at least four weeks, starting Wednesday. In two weeks, the government will evaluate the situation to see whether the rules should be loosened or tightened.

Millions of people in the north of England from today are living under stricter conditions as a second wave of the coronavirus pandemic grips the UK.

The government's new three-tier system has been implemented, with in Liverpool city and the surrounding region placed on the highest third tier, which could last for three weeks. It's not a total lockdown, as schools, universities and retail shops stay open. Pubs and bars not selling food have to close, so do other businesses where social distancing is difficult.

For now, the rest of the country is in tier one and two, but areas such as Greater Manchester, the North East, south Yorkshire and parts of the Midlands could follow if infections keeps increasing.

The Labour mayor of Greater Manchester, Andy Burnham, said it was "disappointing" how the Conservative government is "piling the pressure" on his region "without negotiating."

The political clash between the UK's right-wing government and center-left opposition parties, including the devolved governments in Wales and Scotland, is deepening.

The main opposition Labour Party leader Keir Starmer has called for a two- to three-week national lockdown in England, to try to break the viral cycle. Mark Drakeford, Wales's Labour first minister has repeatedly called for those living in high COVID-19 areas of England not to visit Wales, where local lockdowns are in place.

The UK Prime Minister Boris Johnson hasn’t endorsed that and argues the English system is a "moderate" and "balanced" approach to saving lives and protecting the economy at the same time.

Germany reached yet another record of daily coronavirus cases since April, having registered 5,132 new infections on Wednesday. The total number of positive tests is now 334,585, according to the Robert Koch Institute.

There were also 40 more deaths, a substantial increase compared with previous days. The death toll now stands at 9,677.

This comes as Chancellor Angela Merkel is set to meet with German state leaders to discuss further restrictions. The meeting will be held in person for the first time since the beginning of the pandemic, showing the urgency felt by the chancellor to curb the exponential increase in cases of the past few weeks. 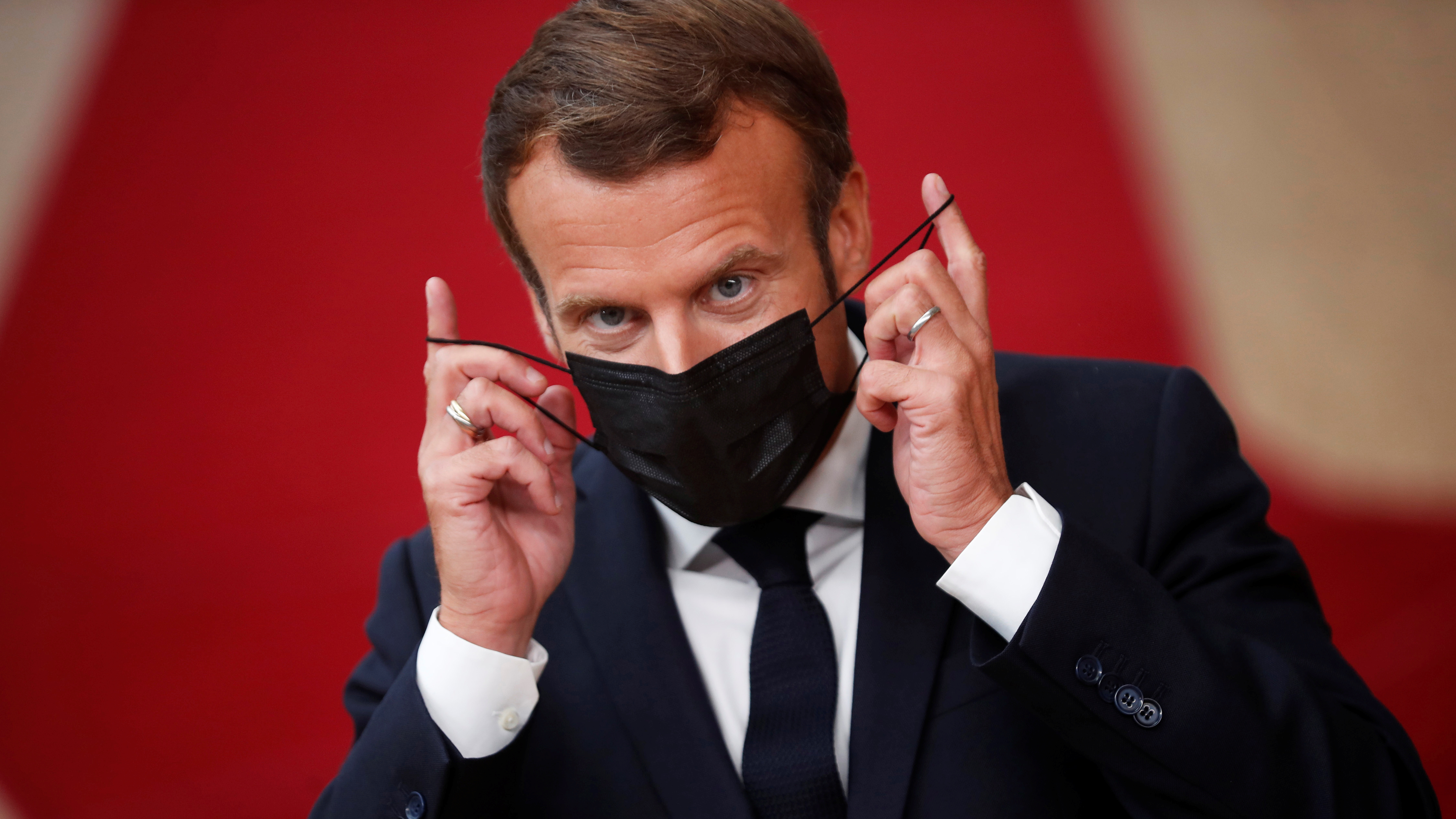 France's President Emmanuel Macron is to address the nation on Wednesday evening. /Reuters

France's President Emmanuel Macron is to address the nation on Wednesday evening. /Reuters