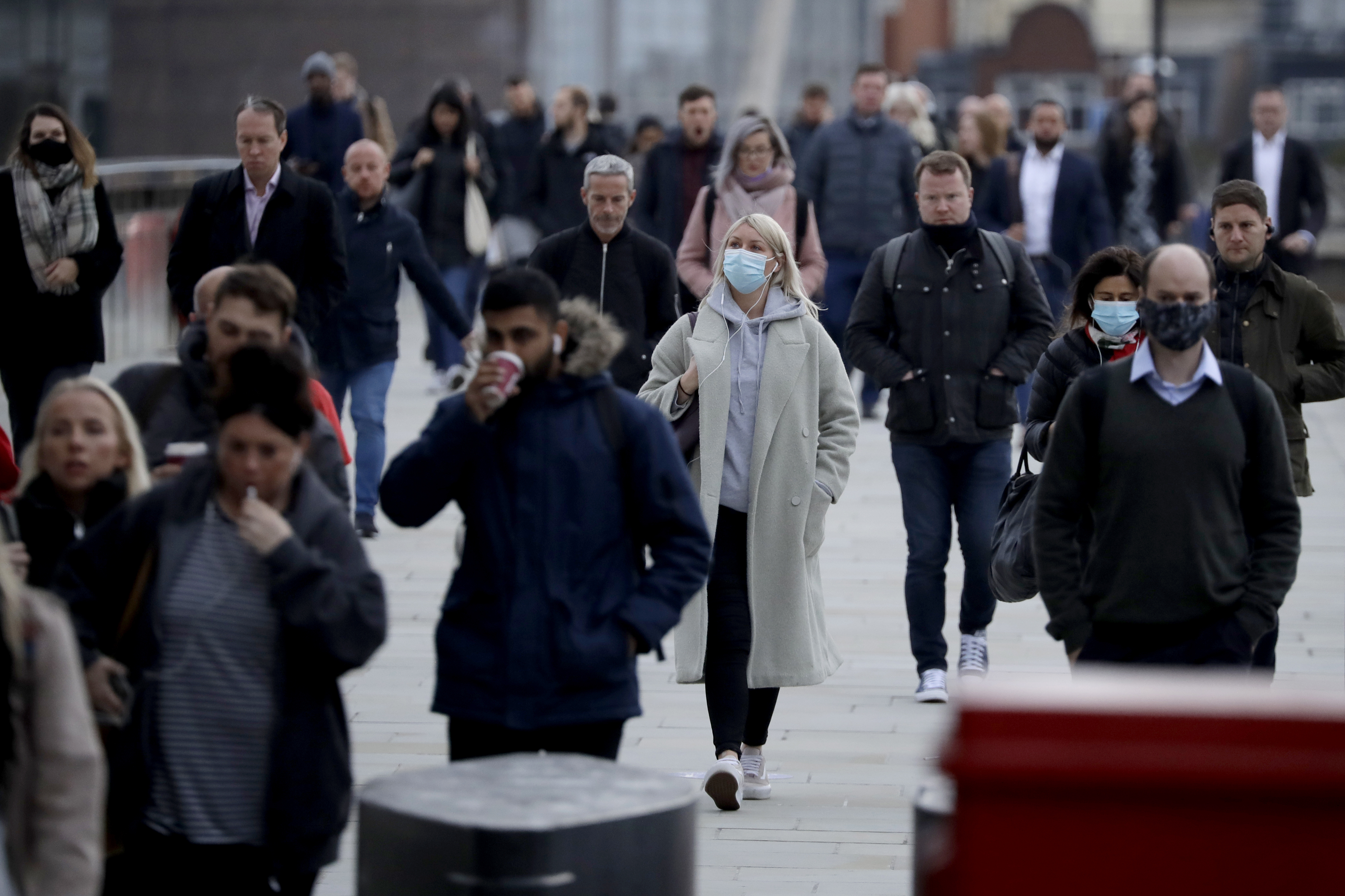 Commuters on London Bridge during the morning rush hour heading towards the financial district of the City of London. /AP/Matt Dunham

Commuters on London Bridge during the morning rush hour heading towards the financial district of the City of London. /AP/Matt Dunham

The UK government has revealed its three-tier system and the city of Liverpool goes into a new category of "very high alert" on Wednesday.

Plenty of other areas and municipalities go into the second category of "high alert" but for now Liverpool stands alone on the top tier.

Claire Bell, who lives in the city, says she didn't sleep last night ahead of her last workout in the USC gym before the restrictions close it down again.

"I'm here now training, knowing that, yeah, it's all going to end tomorrow and we don't know how long for," she says.

The owner, John Youssef, says all his clients have been working out to make themselves fit and healthy and still they'll be shut out.

"Everyone I know has been following the guidelines they're meant to. And we're still going get locked down again? When does it end?" he says.

The pubs and bars in the city will close as well and travel in an out will be curtailed. Restaurants, for now, will stay open but even so, there's a cloud hanging over the whole hospitality sector.

Sarah Douglas is a waitress, she says: "You just don't know. It's really scary, really, really scary to think that you're bringing a baby into the world and you might not have a job when the baby comes is very scary."

What has made matters worse for the government is the clear divide between ministers and their scientific advisers after it was reported that SAGE, the Scientific Advisory Group on Emergencies, tried to press the government to act three weeks ago with a so-called "circuit-breaker," a temporary lockdown to slow infection rates.

"If we damage the economy, we damage long-term health. And if we damage health, we damage the confidence in the economy. So getting these right is critical and we're all trying to find the balance, the middle way, the really narrow path between these two harms on either side, excepting whatever we do is not going to be easy," he said.

The Office for National Statistics has reported that deaths associated with COVID-19 are now doubling every two weeks and the intensive care units in hospitals, particularly in the north of the country, are starting to fill up again.

Local authority leaders, including the mayors of Liverpool and Manchester are becoming more vocal about their frustration at what they call a lack of communication between Westminster and the regions of the UK. Most are convinced that what they need is the freedom to do a better job themselves rather than waiting for the deliberations in the capital.

The government has defended its decisions and the timing of them, but clearly the two priorities of maintaining economic activity and protecting the nation's health are on a collision course with Prime Minister Boris Johnson and his cabinet caught in middle.

And it's not just the north of England – the mayor of London, Sajid Javid, announced on Tuesday he was certain the capital would move up to high alert status fairly soon.