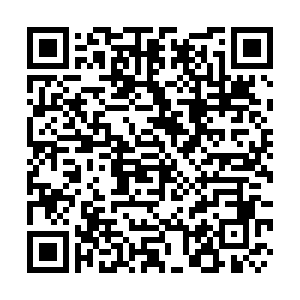 A dinosaur skeleton more than 150 million years old and valued at around $1.18 million is up for auction in Paris.

The Allosaurus is described as the "grandfather" of the Tyrannosaurus rex and its bones are considered an "extremely rare" discovery.

Alexandre Giquello, the auctioneer of the exhibition at Binoche et Giquello, says the auction house is lucky to "have this large, large fossil," which is about "70 percent complete" and "admirably restored."

"There are some in museums ... but this is rare and expensive." 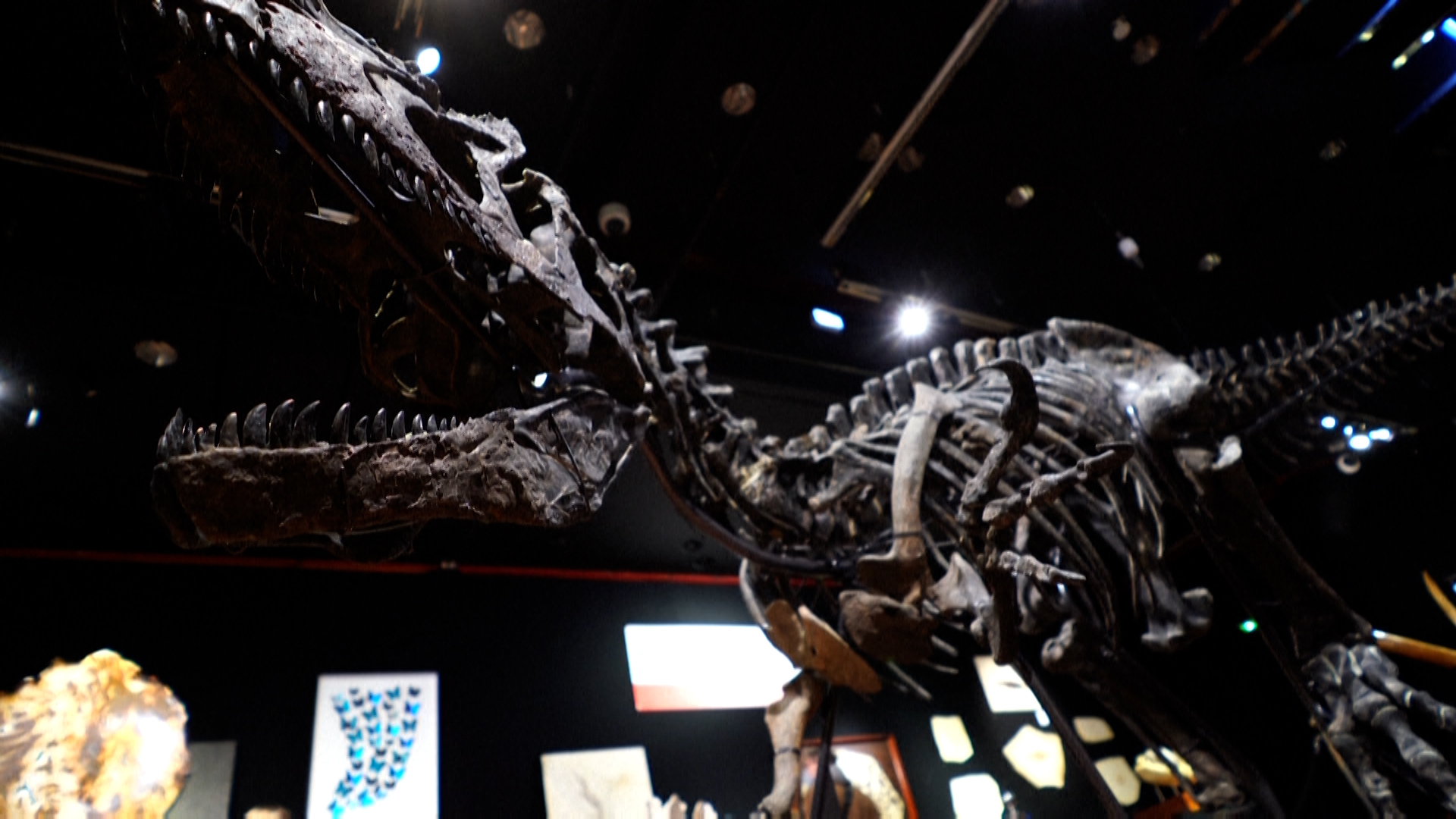 The Allosaurus was a carnivorous dinosaur that lived 155 to 145 million years ago, during the late Jurassic period. /Colin Bertier/AFP

The Allosaurus was a carnivorous dinosaur that lived 155 to 145 million years ago, during the late Jurassic period. /Colin Bertier/AFP

The skeleton, which is comprised of around 100 separate pieces, is particularly valuable because it is highly preserved due to the conditions of the region in which it was found.

"The center of the United States, especially Wyoming, was an almost arid area, with large river systems and dinosaurs lived around the rivers," explains fossil sales expert Iacopo Briano.

He says the fossil was preserved so well because of the river: "It's certain that the dinosaur died near the water. It was covered by sediment, and the fact that it was covered allowed it to fossilize."

Briano also says it is incredibly rare for animals to fossilize themselves and a lot of fossils are discovered because their existence covers such a large and wide time scale.

"One species of dinosaur lived for three million years. That's huge. Our species is 50,000 years old," he says.

Some of the bones and vertebrae have remained in the ground for 150 million years and much of the skeleton, especially the vertebrae, were preserved in their original matrix because of the way that they were positioned in the rock. 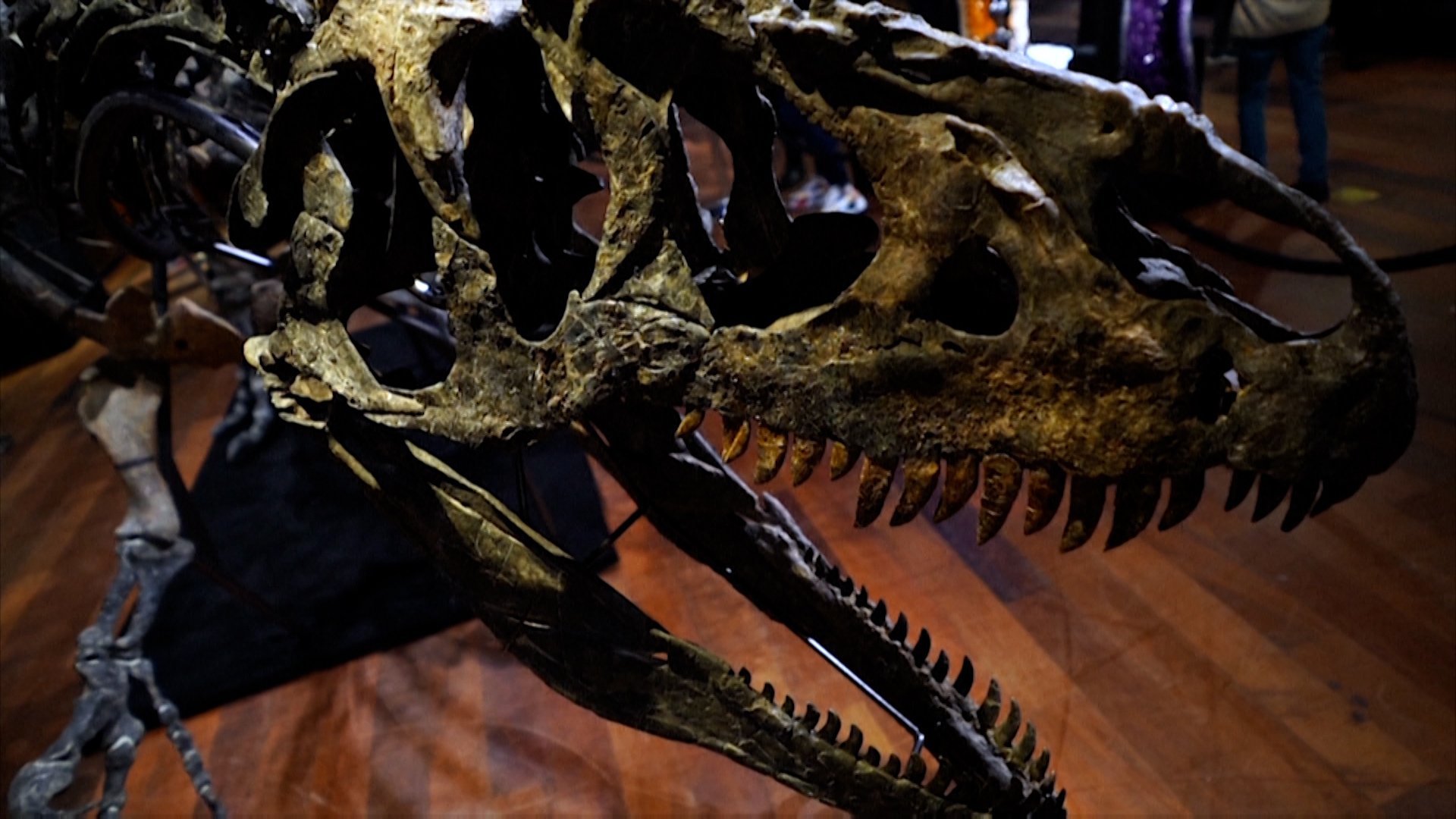 The world Allosaurus is derived from Greek and means 'different lizard,' due to its unique concave vertebrae. /Colin Bertier/AFP

The world Allosaurus is derived from Greek and means 'different lizard,' due to its unique concave vertebrae. /Colin Bertier/AFP

Recently, one of the most complete specimens of a T-rex fossil was sold for a record $31.8 million by Christie's in New York, nearly quadrupling the previous highest price for a dinosaur at auction.

Many of the dinosaurs that go up for sale are of limited scientific interest, according to paleontologists, but dinosaur auction prices can increase for various reasons, including if the skeleton shows marks from a fight or if there is a high percentage of verified bones or an intact skull.

As this Allosaurus was discovered in such great condition for good preservation, it's expected to fetch a high price at the auction in Paris.