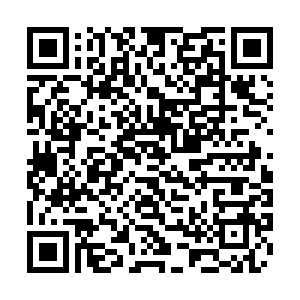 • Dutch Prime Minister Mark Rutte is expected to announce strict new measures, including a blanket closure of restaurants and cafes, as the Netherlands reports one of the highest infection rates per capita in the world.

• Italian Prime Minister Giuseppe Conte has imposed new restrictions on gatherings, restaurants, sports and school activities in an attempt to reduce a surge in infections, saying the measures are aimed at avoiding a new lockdown.

• Medical company Johnson & Johnson has paused one of the world's highest-profile vaccine trials after an unexplained illness in a study participant.

• France's government has refused to rule out curfews on major cities such as Paris, with President Macron set to address the nation about new measures on Wednesday.

• Norway will provide a coronavirus vaccine free of charge to its citizens when one becomes available.

• An 89-year-old Dutch woman, who also had bone marrow cancer, recently died after contracting COVID-19 for a second time, it was confirmed on Tuesday. It is believed to be the first known case worldwide of a death after reinfection.

• The EU has pushed through plans to introduce a "traffic light" system to guide member states whether to require testing or quarantines for tourists traveling in the EU.

• Belgium's French-speaking provinces of Luxembourg and Walloon Brabant have imposed a nighttime curfew as the country became the second worst-hit country in Europe for new infections.

• Polish Prime Minister Mateusz Morawiecki has gone into quarantine after coming into contact with a person who tested positive for the coronavirus.

• France is trialing a testing system that can deliver results in 40 minutes with no swab and no need to send off samples to a lab, with data showing 87.5 percent accuracy. 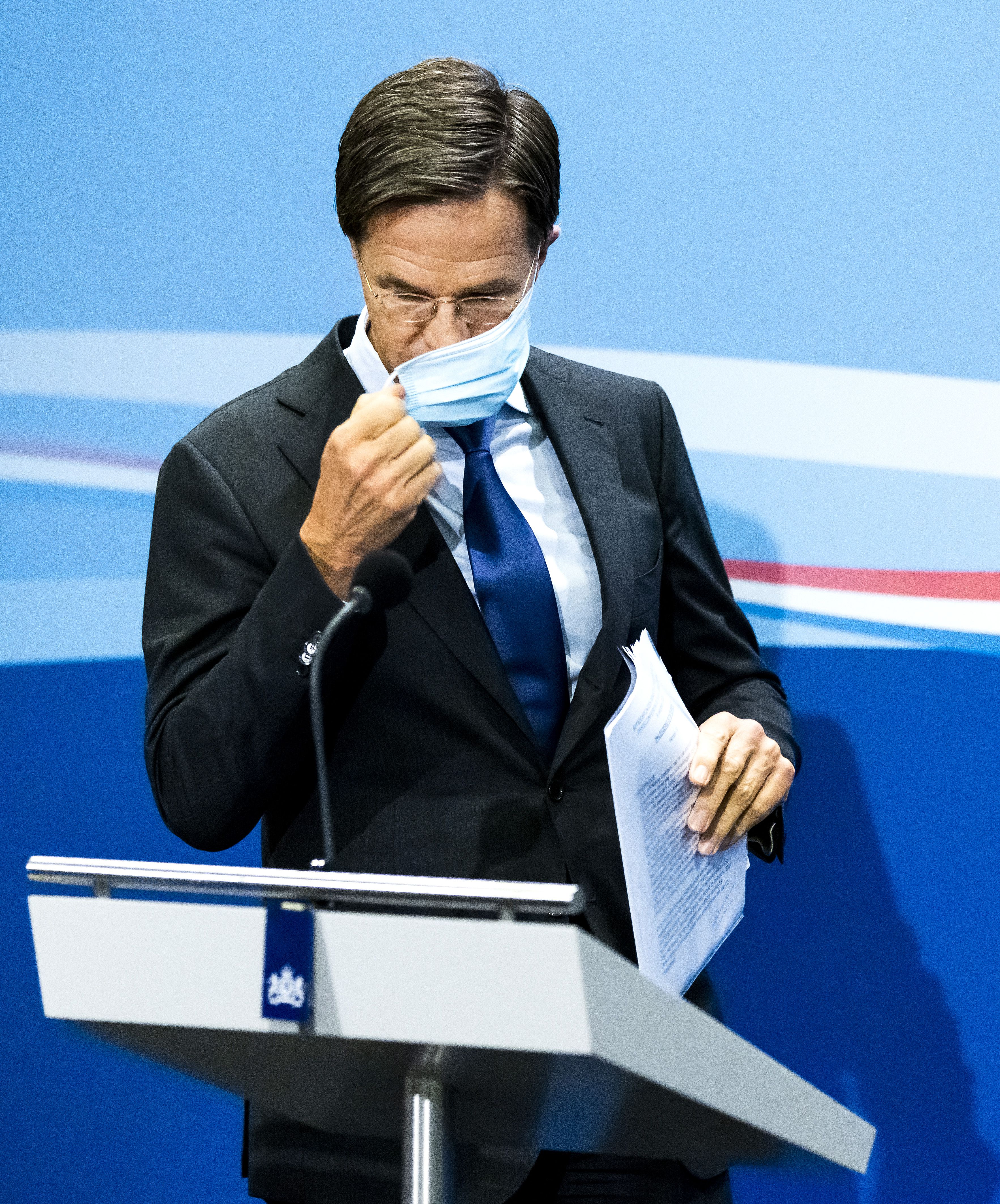 The Netherlands could announce a total closure of restaurants and cafes around the country, as Prime Minister Mark Rutte prepares to announce new measures at a 7 p.m. press conference on Tuesday (local time).

Other restrictions may include a ban on all team sports for people over 18 and the sale of alcohol after 8 p.m., as well as urgent advice to work and stay at home as much as possible.

Hospitality entrepreneurs have responded angrily to the potential measures, saying they have gone to great lengths to adapt their businesses, with enforced social distancing, registration of clients, and adapted menus. A union spokesperson said 45 percent of all restaurants and cafes in the Netherlands would not survive a new closure.

The new rules are a return to measures implemented earlier this year when the Dutch introduced a so-called "intelligent lockdown." But with many citizens believed to be flouting the rules, far-reaching measures are now seem to be the only way to halt the second wave.

On Monday, the Dutch health authorities registered 6,854 new cases, or 393 per 100,000 inhabitants, one of the highest rates per capita in the world.

The cities of Toulouse and Montpellier are now on maximum coronavirus alert, joining Paris, Marseille and Lyon.

Bars must close and restaurants can only open if they enforce tighter health protocols for customers.

The government is considering further measures - possibly a national or regional curfew - with the expectation that on Wednesday President Emmanuel Macron will announce new plans to try to curb the second wave of infections that France is seeing at the moment.

Earlier on Tuesday, restaurant staff protesting against the pressures on their sector blocked part of Paris ring road. In Brittany nightclub owners took part in what is known as 'Operation Snail', where demonstrators deliberately drive slowly along main roads to protest at what they say is a lack of support for the nightlife industry.

Hungary has recorded its highest number of coronavirus deaths in a day, with 28 people dying in the past 24 hours.

In the same period, 1,025 new cases were recorded, but health experts working on the infection control team of the Ministry of Innovation and Technology say the real number is higher because Hungary has reached the upper limit of its testing capacity.

The government has maintained that it aims to "keep the country functioning and not let the virus paralyze everyday life."

Masks are mandatory in most public indoor spaces, bars and restaurants must close at 11 p.m. and people returning from overseas must quarantine at home for 10 days.

Belgium's French-speaking provinces of Luxembourg and Walloon Brabant have imposed a curfew as coronavirus cases surge. Residents will not be allowed outdoors from 1 a.m. until 6 a.m. from Wednesday onwards.

The governor of Walloon Brabant warned that if the spread of infection couldn't be reined in, a generalized lockdown would be necessary.

Case numbers continue to spike across the country as Belgium recorded an average of 4,449 new infections in the past seven days, a 79 percent jump from the previous week.

Experts have warned that if the trend continues, the country will reach a staggering 10,000 new infections per day by the end of the week. The European Centre for Disease Prevention and Control said Belgium is now the second worst-hit country in Europe for new infections. 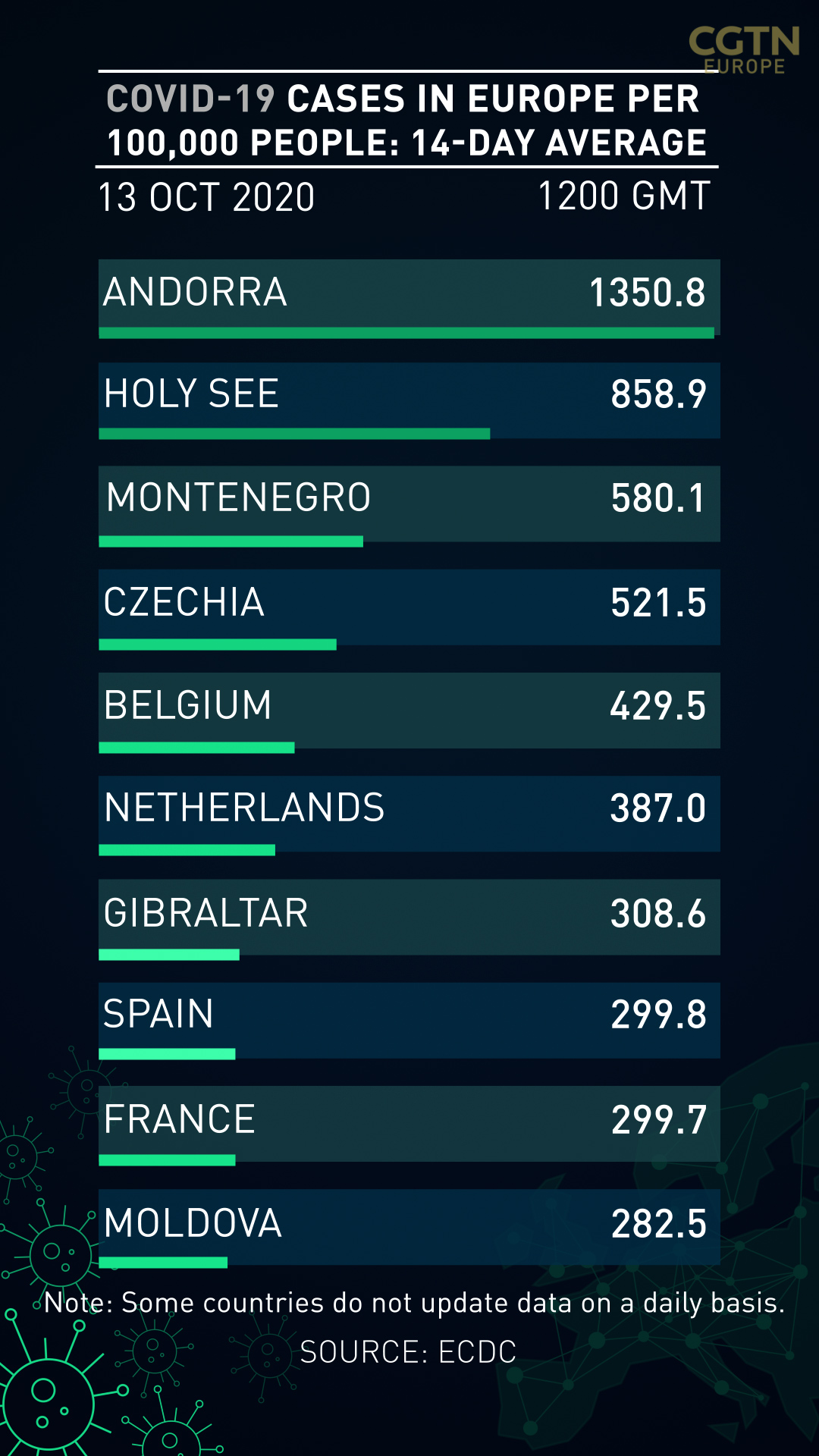 It's clear that the UK's Scientific Advisory Group on Emergencies (SAGE) is now at odds with government policy after minutes of a September meeting show the scientific advisers recommended tougher measures much earlier.

The minutes show that three weeks ago SAGE suggested to the government a raft of possible restrictions including a short "circuit-breaker" lockdown, closing hospitality venues and putting education online.

Advisers said stricter measures earlier would reduce the need for harsher measures in the near future. They also questioned the 10 p.m. curfew ruling and criticized the government's expansive test-and-trace program.

This has culminated in the government's Chief Medical Advisor Chris Whitty publicly expressing a lack of confidence in even the strictest levels of Prime Minister Boris Johnson's new three-tier restrictions system.

There is now speculation that by mid-October a circuit-breaker lockdown over school half-term is becoming more likely.

As cases continue to rise, the German Defence Ministry has announced it could deploy 15,000 soldiers to help with contact tracing. Around 1,300 soldiers have already been helping civilian authorities.

The news comes as the government is ramping up its efforts to curb the exponential rise in the number of cases. Munich is the latest city to be put on the list of high-risk areas, following other regions such as Berlin and Frankfurt.

The German health minister has said he is confident a coronavirus vaccination may start in Germany before April 2021.