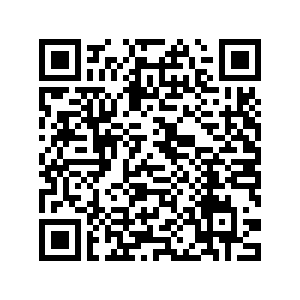 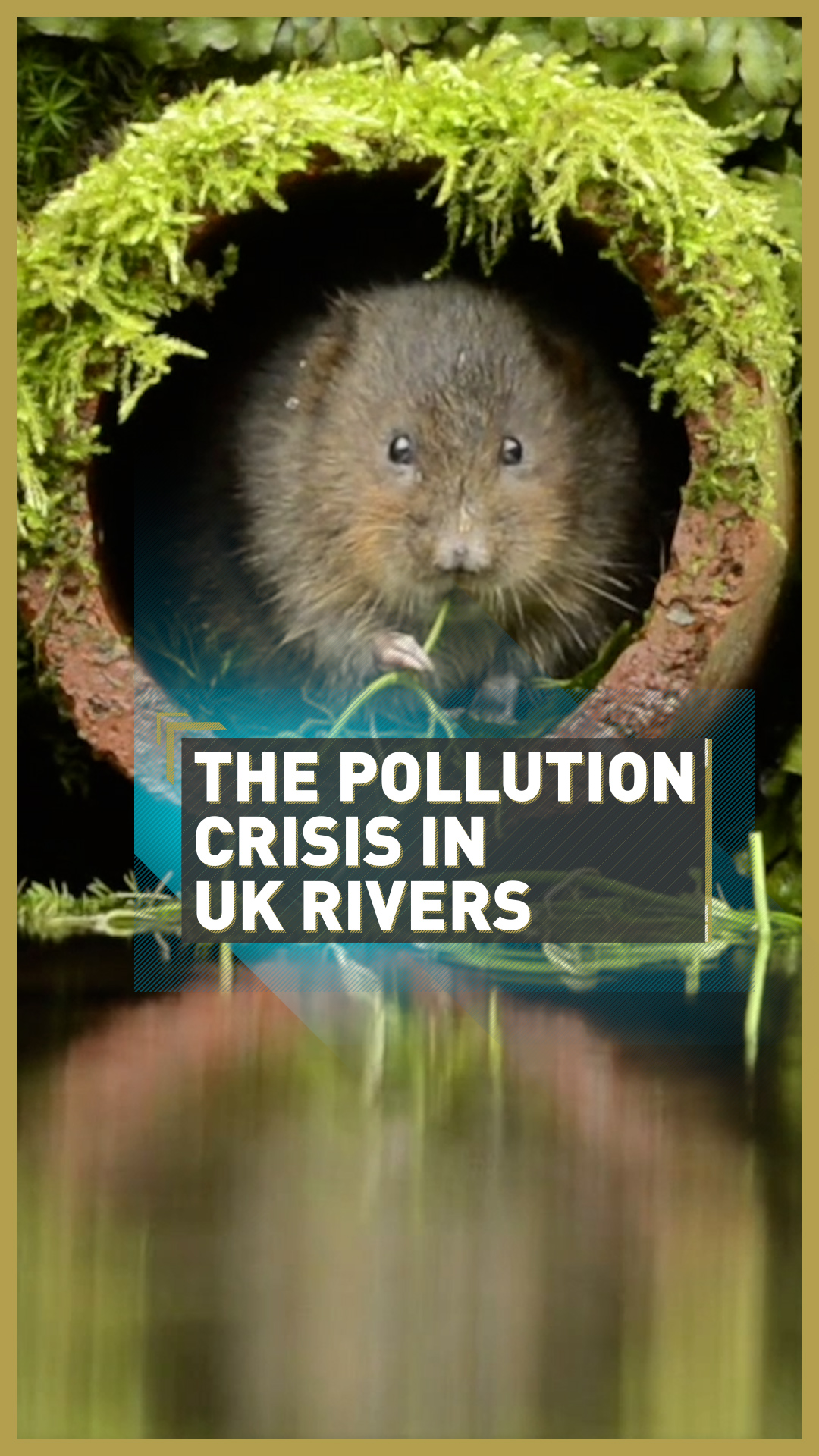 After a weekend of unrelenting heavy rain, a greyish mixture of rainwater and sewage pours into the River Chess through a pipe leading from the sewage treatment works a short distance away.

"This happens every time we have very heavy rainfall and it also happens when we have high groundwater," says Paul Jennings, chairman of the River Chess Association, a local organization that campaigns to conserve the river.

"The sewage treatment works overflows and it discharges untreated sewage directly into the river and that's when we see this discoloration and the awful smell. And then potentially the chemistry of the river is damaged as well."

Prior to the arrival of sewage, the Chess's riverbed was lined with minerals to create perfect conditions for fish and wildlife to thrive.

It remains popular with fishermen and dog walkers and is a haven for brown trout, the endangered water vole and many other species – but everything that depends on it is under threat from pollution. 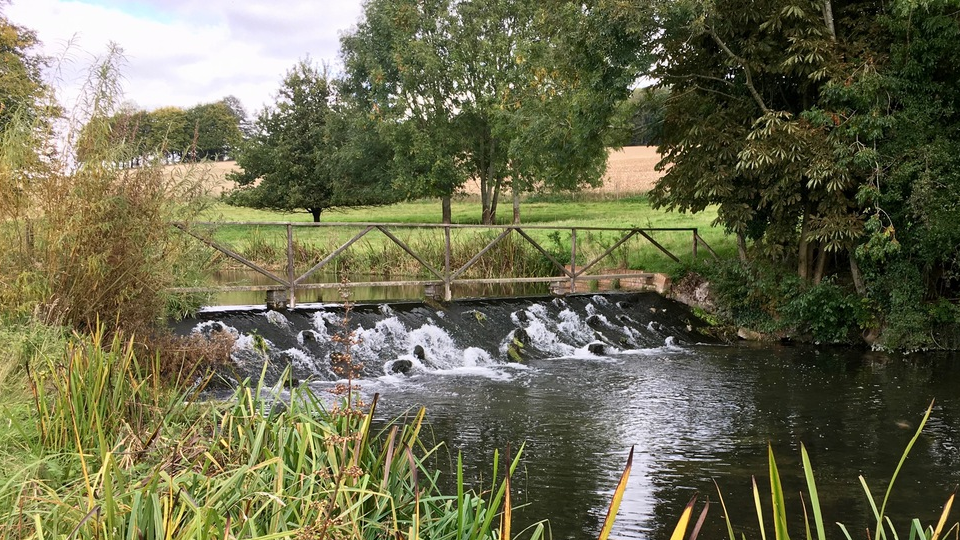 The River Chess has failed chemical pollution tests after being contaminated by sewage flooding into it from a local treatment works. /Kitty Logan/CGTN

The River Chess has failed chemical pollution tests after being contaminated by sewage flooding into it from a local treatment works. /Kitty Logan/CGTN

The sewage discharge is one key reason the River Chess failed chemical pollution tests, according to a recent UK government report by the Environment Agency. But data gathered from lakes, rivers and streams all across England over three years up paint a grim picture nationwide.

Only 14 percent of rivers were found to have a "good ecological status" and none proved to be entirely pollution free. The report says population growth, land use and climate change are all contributing to the problem.

"Obviously there is a widespread and endemic problem with pollution in our rivers," says Mark Lloyd, CEO of the Rivers Trust, an umbrella organization that works to protect UK rivers.

"And really that's from two sources, principally – from sewage pollution and from agriculture. There's also a problem with urban pollution and run-off from roads. We have solved some of those gross pollution issues from the past, but we have new threats, we have new emerging chemicals, things like flame retardants and PCBs and things that are very persistent in the environment."

Water companies were also criticized in a separate recent government report by the Environment Agency. Four out of nine companies failed to meet pollution standards. Many are struggling with outdated infrastructure, that no longer has the capacity for a growing population and more frequent extreme weather events.

In Ewell, in suburban Surrey, two large storm tanks are designed to divert their contents directly into the nearby Hogsmill river in the event of heavy rain. "Our system seems to routinely cause those overflows, because the system is so overloaded with the proliferation of hard surfaces and also population growth," says Lloyd.

"We're really asking our sewers to do a job they weren't designed for. And so, we need to design sewers fit for the future, including climate change. It's been designed around a system that is hundreds of years old. It combines surface water with foul sewage. That really does need to be completely reverse engineered."

Thames Water, which operates the sewage storm tanks in Ewell and the water treatment works along the River Chess, says that in some cases sewage discharge is unavoidable.

"We work hard to minimize storm discharges, while also looking at how we can improve the system for the future, including reducing groundwater infiltration and increasing capacity," the company said in a statement. 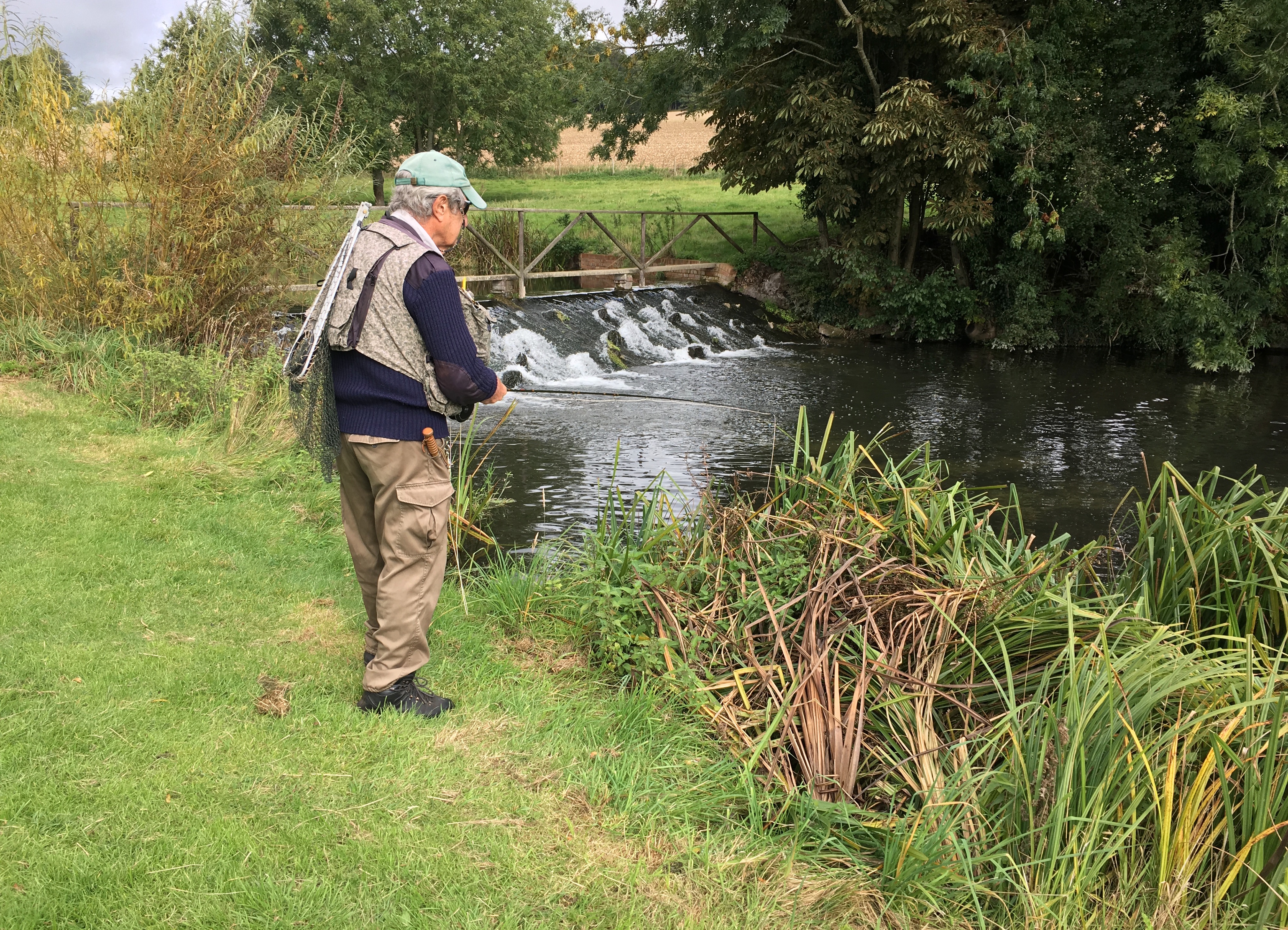 Fishermen and dog walkers often frequent the banks of the River Chess, but sewage contamination is making the the river increasingly unsafe. /Kitty Logan/CGTN.

Fishermen and dog walkers often frequent the banks of the River Chess, but sewage contamination is making the the river increasingly unsafe. /Kitty Logan/CGTN.

Along the River Chess, regular monitoring of pollution is done by volunteers, with the help of equipment loaned by Queen Mary University of London.

Jennings believes the government should be helping more. "They're not looking at this as they should do and they're not protecting our rivers, as we believe they should do," he says. "So, we have to intervene and push the Environment Agency, push government, push the water companies to take action."

The government says it is trying to tackle the problem. A spokesperson for the UK Department of Environment, Food and Rural Affairs said: "The latest water classification results show we need to go further and faster to protect our water environment, in particular chalk streams like the River Chess. That's why we have set up a task force to set out clear proposals to reduce the frequency and volumes of sewage discharged by storm overflows."

Whatever the solutions, they are likely to take time to implement and for real improvement to show. Until then, pollution continues to pour into rivers and streams with unknown long-term consequences.