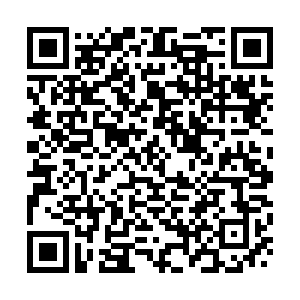 "We're navigating the worst crisis faced in our industry."

That was International Airlines Group CEO Luis Gallego in a statement explaining why he was replacing the British Airways boss of four years after only a month in the top spot. Alex Cruz has been replaced by Aer Lingus CEO Sean Doyle.

In the U.S., a California court has agreed with Apple that the tech giant can remove Fortnite from its App Store after financial rule-breaking, despite an appeal from Epic Games.

Elsewhere, in not-so-smashing news for avocado fans, UK supermarket Tesco has suspended all imports from one of its Kenyan suppliers, after allegations of violent crimes committed by the farm's security guards.

Finally, we all recognize the feeling in the middle of a long journey, that you're on a never-ending road and hope that you will ever reach your destination begins to fade… But have you ever heard of a real-life flight to nowhere?

Australian airline Qantas has launched just that, with a tourist flight during which the inflight entertainment is all the landmarks that can be spotted from the window. We spoke to Andrew Charlton, managing director of Aviation Advocacy, to find out more. You can read that interview in the usual slot.

The new CEO of IAG, the airline group that owns British Airways and Iberia among others, has replaced BA's top man with immediate effect. Luis Gallego has replaced Alex Cruz with former Aer Lingus CEO Sean Doyle, a month after he beat Cruz to the Group's top role. IAG said Cruz will stay on as its non-executive chairman for a transition period.

General Motors increased its quarterly growth in China for the first time in two years between July and September, the U.S. car maker said. Regional sales increased 12 percent on the quarter, equating to more than 750,000 cars. The majority of GM's business in China is through a joint venture with SAIC Motor Corp producing Buicks, Chevrolets and Cadillacs.

Japanese car manufacturer Nissan also posted growth in its Chinese vehicle sales, with a five percent increase on the same period in 2019. That amounted to 141,595 cars sold in China.

A judge in California has upheld the decision that Apple is allowed to ban Epic Games' Fortnite title from its App Store, but the iPhone company must not infringe on Epic's development business, which produces tech used in other apps and games. The decision is a blow to Epic Games, which had filed for an injunction against Apple to stop the removal of its popular game.

UK supermarket Tesco has dropped one of its avocado suppliers after The Sunday Times revealed allegations of violence – and even murder – at a Kakuzi farm north of the capital Nairobi. The allegations span the past decade and in reaction to the information, Tesco said it "suspended all supply" from the company.

The Bank of England has written to commercial banks in the UK asking their preparedness in case the central bank lowers interest rates to negative. It has sparked speculation that Bank governor Andrew Bailey is planning to follow the central banks of Japan and Switzerland to take the step.

Plans put together by the English Football League and several top-tier Premier League clubs to restructure the financial and playing divisions of professional football have been criticized by the UK government and the Premier League itself. The plan to cut the number of teams in the top division would create a "closed shop at the very top of the game," according to the government department responsible for sports and media.

The Italian government has created a new company to hold the assets of beleaguered airline Alitalia under a plan to nationalize the carrier. The move still needs to be approved by the European Commission, which has strict rules on state aid. But Transport Minister Paola de Micheli announced "Italy's new flagship carrier was born today."

Italian business lobby Confindustria has released a new projection for the country's economy, which suggested a "partial" recovery in 2021 following what it said it expects to amount to a 10 percent drop in GDP this year. "A recovery of GDP should restart in a gradual fashion from start 2021, on the condition that the COVID-19 spread is contained in an effective way," it said.

The Nobel Prize for Economic Sciences has been awarded to Paul Milgrom and Robert Wilson of Stanford University in California, for "improvements to auction theory and inventions of new auction formats." This included developing a format for selling radio frequencies to telecom companies, as used by the U.S. government.

WATCH: Police have evicted squatters from Berlin's famed Liebig34 building in Berlin. The self-described "anarchist-queer-feminist" hub is the latest squat in the German capital to feel the bite of gentrification and soaring rents. 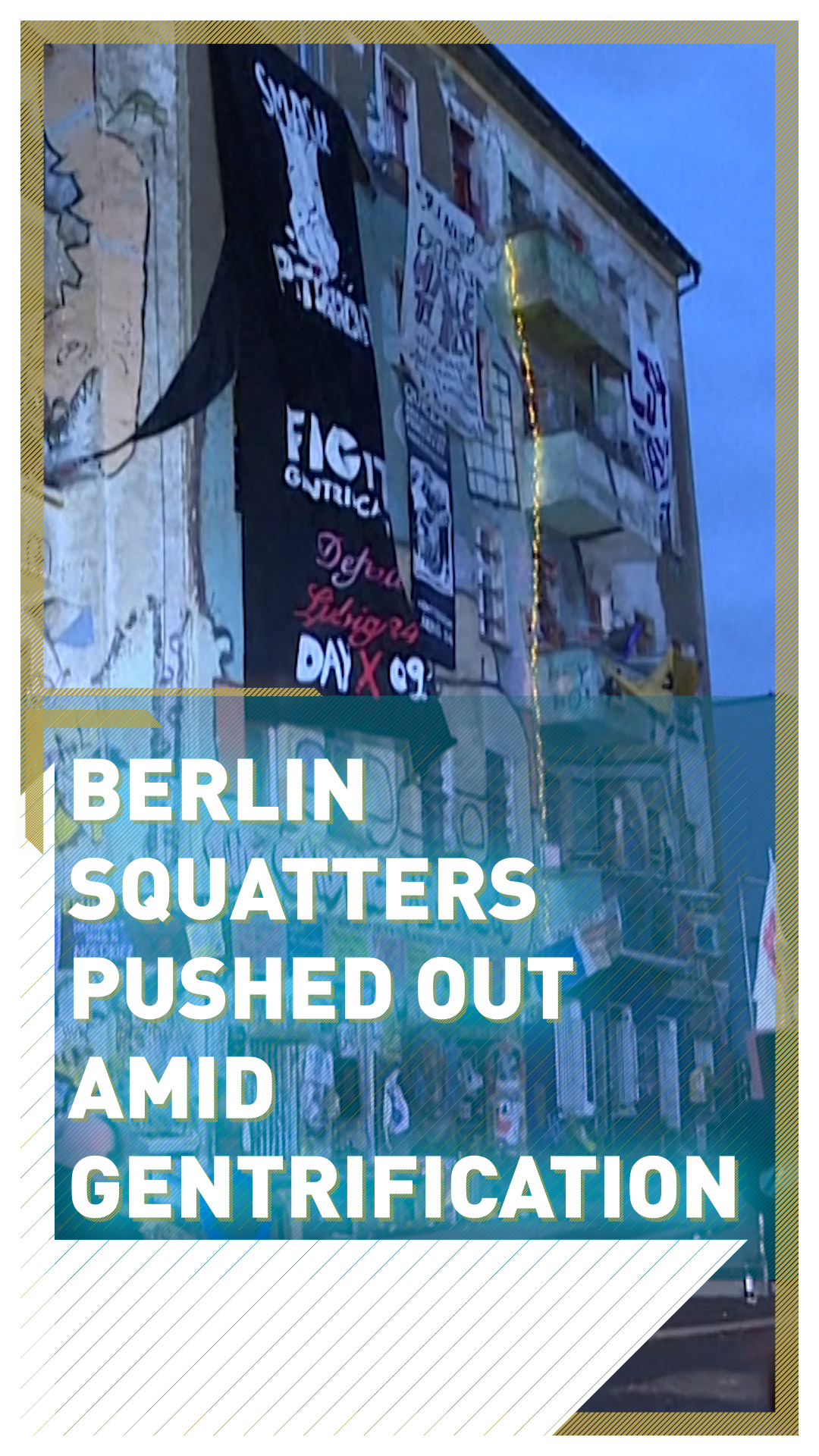 Andrew Charlton is managing director of Aviation Advocacy in Nyon, Switzerland, and was previously chief legal officer at Qantas before holding roles at IATA. He spoke to CGTN Europe about Qantas's tourist flight to nowhere.

Let's talk about this Qantas flight. Why fly to nowhere?

Well, there's clearly pent up demand from customers who want to fly. There is also a requirement for the aircraft to be used because if they get mothballed, then it takes quite a lot of effort to get them out of there and the crew need to keep up their flying hours.

Not actually going anywhere else... it's not very green, is it?

You're right, from an environmental perspective, you're getting no benefits at all, literally. I mean, you're burning fuel, you're creating emissions and nobody's going anywhere. On the other hand, people get a nice trip in the Qantas case, around Australia. You get to see Uluru, you get to see the Great Barrier Reef. Other passengers have gone and seen Antarctica. So as a tourism experience, what it shows is that there is still quite a lot of pent up demand to travel.

What's it going to take to drive the return to normal in aviation?

We had a great tradition of barnstorming in the very early days of aviation. People would fly and park in a paddock and then take people around for sightseeing flights in their airplane. And that's what we're doing again.

But I think the nature of business travel is going to change probably forever, certainly for a very long time. The economics of aviation is going to change. And I think that simply thinking we can fly people around on joyrides that literally go nowhere is to miss the point. 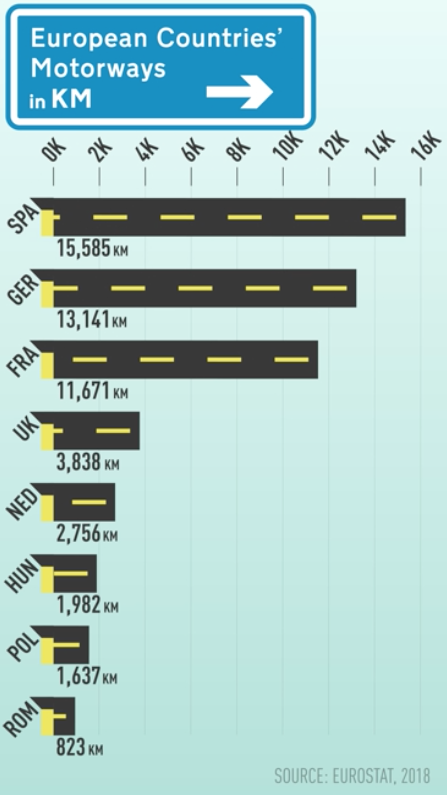