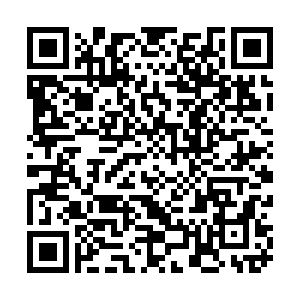 The University of Liege has asked its students and staff members for an unusual donation this semester – their spit. And lots of it.

The school has developed a self-sampling saliva kit, which tests for the coronavirus. It hopes its 25,000 students and 5,000 staff members will commit to weekly testing so the school can track the virus's spread on campus, implement targeted measures where necessary, or, if necessary, revert back to online classes.

"We wanted to offer something to the students, to tell them, 'ok we are with you,'" said Laurent Gillet, a professor of veterinary medicine, who worked on the development of the test. "We want to offer the opportunity for the young people to still live their lives, but at the same time protect the weakest persons."

The saliva tests are voluntary, anonymous and free. Students and staff self-administer the test at home, then drop off the tubes at collection points on campus. The samples are later sent to the university labs for analysis and the results are available within 36 hours.

Camille Philippe jumped at the opportunity. The second year master's student is studying the effects bacteria found in Belgium's waters has on humans. She was meant to collect water samples throughout the country, but a nationwide lockdown last spring pushed all her classes online and the samples were never collected, costing her valuable hands-on training.

"Now, as we didn't do the sampling, we are trying to mimic some samples to see if our technique is accurate," she said. "I think I will be missing the technical part, really doing the experiments with my hands."

She said the weekly testing helped her regain some control over the situation. According to the school, uptake was around 50 percent in the first week.

"I don't know if it's sustainable or not. But as long as we have 10 or 20 percent of the population doing this, we think it will be meaningful on a statistical basis," said Gillet.

He said the rate of infection on campus has been in line with the general population, although students are presenting as asymptomatic at a much higher rate than the staff. Saliva samples are sorted and tested at the University of Liege in Belgium. /CGTN

Saliva samples are sorted and tested at the University of Liege in Belgium. /CGTN

While convenient, saliva tests are less accurate than a nasal swab, especially in low-viral load cases, according to the Belgian medical agency. The spit tests detect 60 percent of positive cases, while a nasal swab catches 80 percent.

Still, spit tests could prove a powerful tool in tracking the virus's spread, especially as Belgium finds itself in the grip of a second wave of infections. Daily infections are now surpassing their spring highs and experts are warning another lockdown may be necessary to bring things back under control.

Belgium already has the highest COVID-19 mortality rate in Europe, with more than 10,100 deaths in a country of 11.5 million.

The testing at the University of Liege is one of the largest experiments taking place and if it proves successful, the saliva tests could be rolled out in other situations.

"We want to prove that this is feasible, to test on a weekly basis 30,000 and deliver results in a decent time, to be able to show that what we do here for the students could be applicable in another situation, for example in nursing homes or hospitals," said Gillet.