Britain braces – and bristles – as restrictions tighten... for some
Nicole Johnston in London 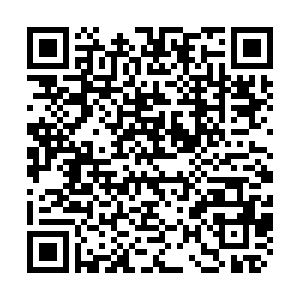 The British public is preparing for new restrictions to be announced by the government on Monday to help curb the spread of COVID-19 – and the focus is squarely on the north of England.

The country's infection rate is growing rapidly in the north and there are warnings that hospitals there will be overwhelmed within weeks. From Liverpool to Leeds and Manchester to Newcastle, these northern cities, which are also home to tens of thousands of university students, have become the centre of the UK's second wave of infections.

In Liverpool there are 600 cases of COVID-19 per 100,000 people – one of the highest rates in the country. It's expected the city will be placed under the UK's highest level of restrictions next week.

On Monday Prime Minister Boris Johnson is due to announce a three-tier lockdown system for the UK. Level one, for areas with fewer than 100 cases per 100,000 people, would require social distancing measures and only allowing 6 people to gather.

Level two is for more than 100 cases per 100,000 and would include a ban on different households meeting. The toughest is level three, a full lockdown of bars and restaurants, although schools and essential shops would remain open.

"The UK approach has been chaotic," says University of Edinburgh professor and public health expert Linda Bauld. "Other countries, like Ireland and New Zealand, have introduced 'traffic light' systems."

Such a system could help people prepare for increased restrictions, which at the moment have been imposed suddenly. "It could give areas more notice about the thresholds they might meet so that if you move beyond that threshold you will be moving to a different level with a different set of restrictions," says Bauld.

This weekend Manchester's bars and restaurants have been packed. Next week they will be forced to close. One Manchester resident said she supported the idea of 'herd immunity.' "I think the vulnerable should shield and the rest of us should get on with our lives," she said.

"To accept the chancellor's package would be to surrender our residence to hardship in the run-up to Christmas and our businesses to potential failure or collapse, and we are not prepared to do that," said Burnham.

Some northern residents also believe that COVID-19 restrictions are unfairly targeting people in the north and not southern cities like London.

"They are definitely looking after their own," said a Manchester resident. "Why is it I can go on a flight and take a mask off next to a random person, but if I go to a bar it's a different story?" he asked.

Further north, Scotland has already closed some bars and curbed the opening hours of others as public health officials fear the virus is spreading in pubs and restaurants.

The UK's chief medical officer Chris Whitty says testing indicates that 30 percent of new infections may be from pubs, restaurants and bars.

Meanwhile the rate of new infections in the UK is growing exponentially, the track and trace system can't keep up and results for new tests face a backlog of weeks.

It's a long way from the world-beating system the British government promised to deliver.