WHO says 'the more countries, the better' as China joins COVAX scheme
Toni Waterman in Brussels 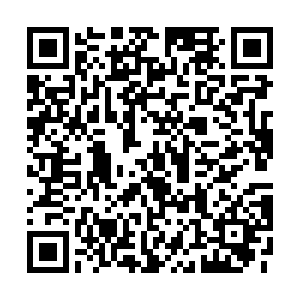 The World Health Organization (WHO) has welcomed China's decision to join a global COVID-19 vaccine project, which pools financial and scientific resources to ensure poor countries have fair and affordable access to life-saving vaccines.

"The more countries that join, the better," said Bruce Aylward, a WHO epidemiologist who led the China-WHO joint mission on COVID-19.

China is the biggest economy to support COVAX after the U.S. and Russia turned their backs on the program. The scheme, which is coordinated by Gavi, the Vaccine Alliance, the Coalition for Epidemic Preparedness Innovations (CEPI) and the WHO, aims to deliver two billion doses of a vaccine by the end of next year.

When asked by CGTN if China's participation would speed up the timetable, Aylward said: "The more countries that participate in the COVAX facility, the greater the opportunity of being able to roll out vaccines as rapidly as possible, as early as possible to reduce the risk of severe COVID-19 disease globally."

China has at least four vaccine candidates in the final stage of clinical trials.

Aylward said the details of China's commitment, whether financial or scientific, are still being worked out and the WHO expects there to be specific details by the beginning of next week.

Besides China, the WHO said South Korea and Nauru also joined the program, which brought the total number of countries and economies backing the project to 171. WHO Director-General Tedros Adhanom Ghebreyesus on Friday called vaccines "one of the most powerful inventions in human history."

At a press briefing after the announcement, China Foreign Ministry Spokesperson Hua Chunying called the decision to join "an important step China has taken to uphold the concept of a shared community of health for all and to honor its commitment to turn COVID-19 vaccines into a global public good."

In May, China's President Xi Jinping pledged to treat any vaccine developed in the country as a "global public good."

"As far as I know, many Chinese companies have expressed their willingness to join it. And experts from these companies and proponents of the initiative have been having talks on vaccine research and development, certification, and supervision," she said.

She also encouraged "more capable countries" to join the program, a vague reference to the U.S..

In September, the administration of U.S. President Donald Trump said it would not join the scheme because it did not want to be "constrained by multilateral organizations influenced by the corrupt World Health Organization and China."

Both China and the WHO have vehemently denied allegations of corruption during the pandemic.