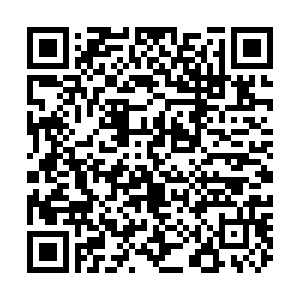 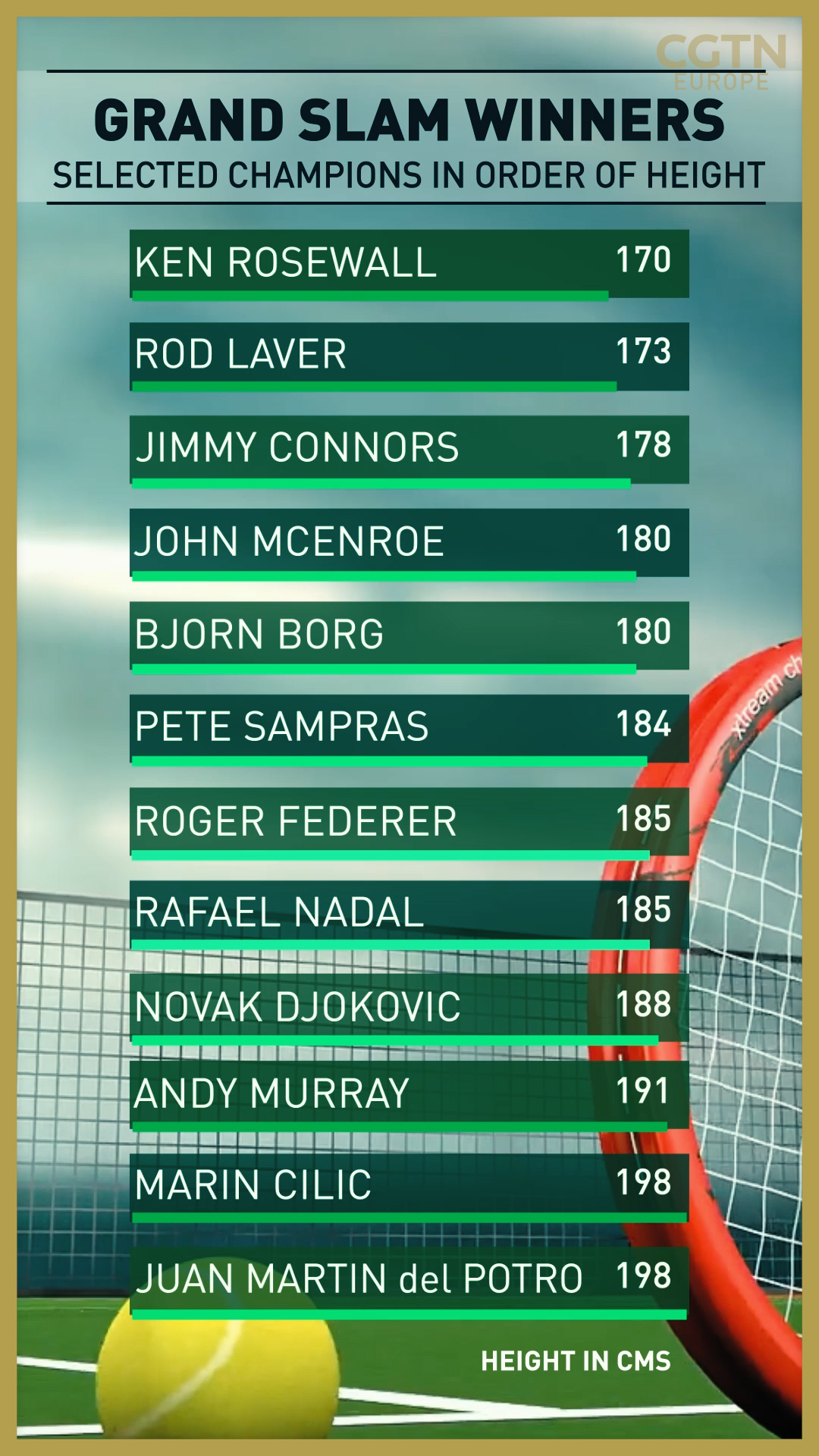 When Diego Schwartzman beat Dominic Thiem to reach the semi-finals of the French Open in a five-hour-plus epic, the Argentine came a step closer to tennis history.

Not just because the 28-year-old had reached his first Grand Slam semi-final – against Rafael Nadal, the 12-time Roland Garros champion – but because Schwartzman would equal the record for the shortest player in the Open era to win a major were he to lift the trophy in Paris on Sunday.

Schwartzman is the shortest player in the ATP Tour's top 50. He measures 170cm (5ft 7in) and is the same height as Ken Rosewall, who won the last of his eight Grand Slam titles in 1972. Apart from the great Australian, no one of that height or less, has won one of the tennis season's four major tournaments – the Australian Open, the French Open, Wimbledon and the US Open – since 1968, when the sport allowed professionals to enter. 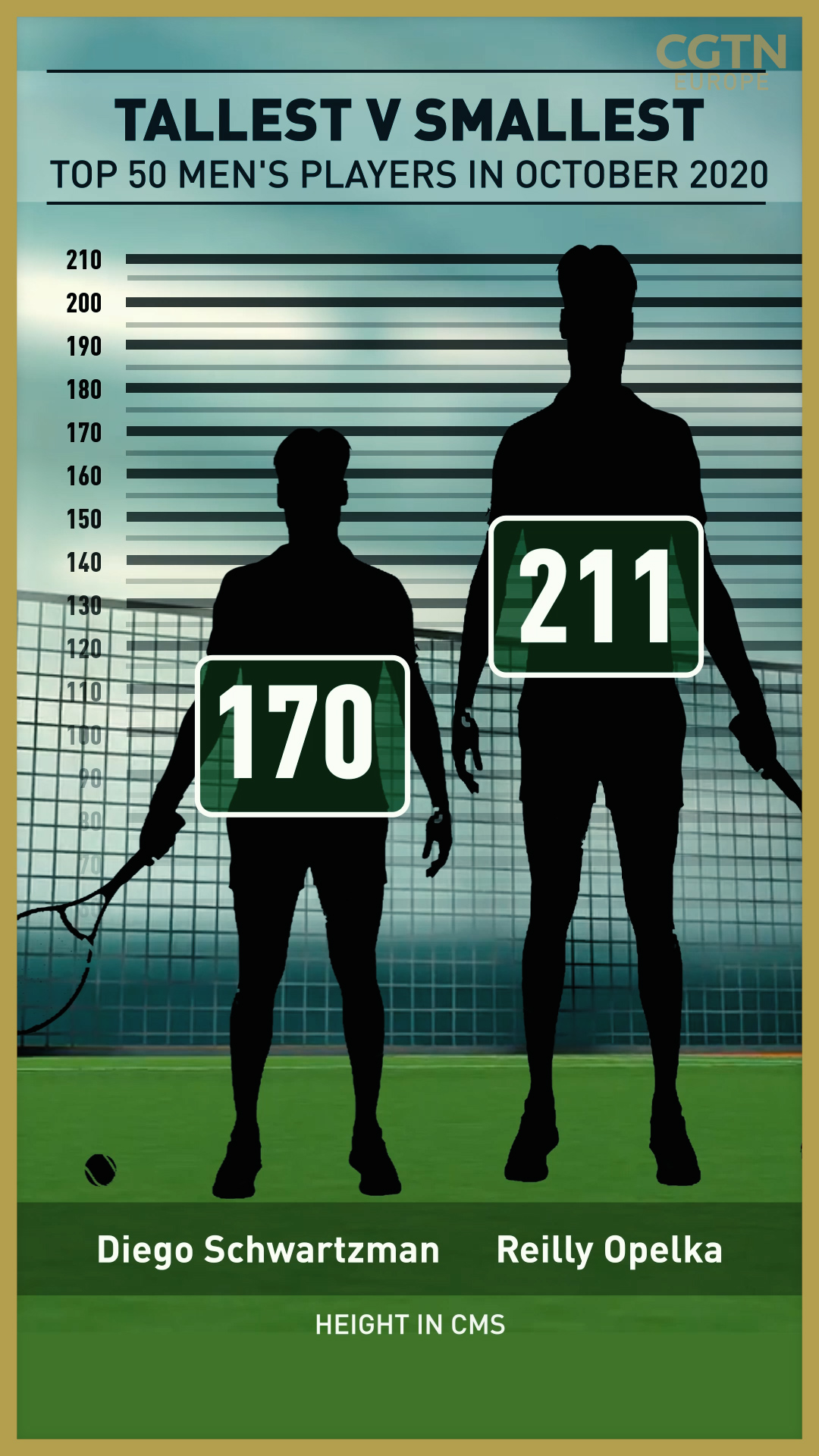 Who is Diego Schwartzman?

Named after legendary soccer player Diego Maradona – another sporting superstar from Argentina – Schwartzman always knew he wasn’t going to be the traditional height for a tennis player. His childhood nickname is El Peque – a Spanish slang term that roughly translates as "shorty" in English.

"I have worse problems than being 10 centimeters shorter than everybody else," Schwartzman has said in the past. "When I walk onto a tennis court, I don't think about how tall I am or how much bigger my opponent is. I know there is a difference, but so what?"

He has won three ATP singles titles and reached a career-high singles ranking of 11 in June 2018. Before reaching the last four in Paris, his best Grand Slam result was getting to the quarter-finals of the US Open in 2017. He recently beat semi-final opponent Nadal in the Italian Open. 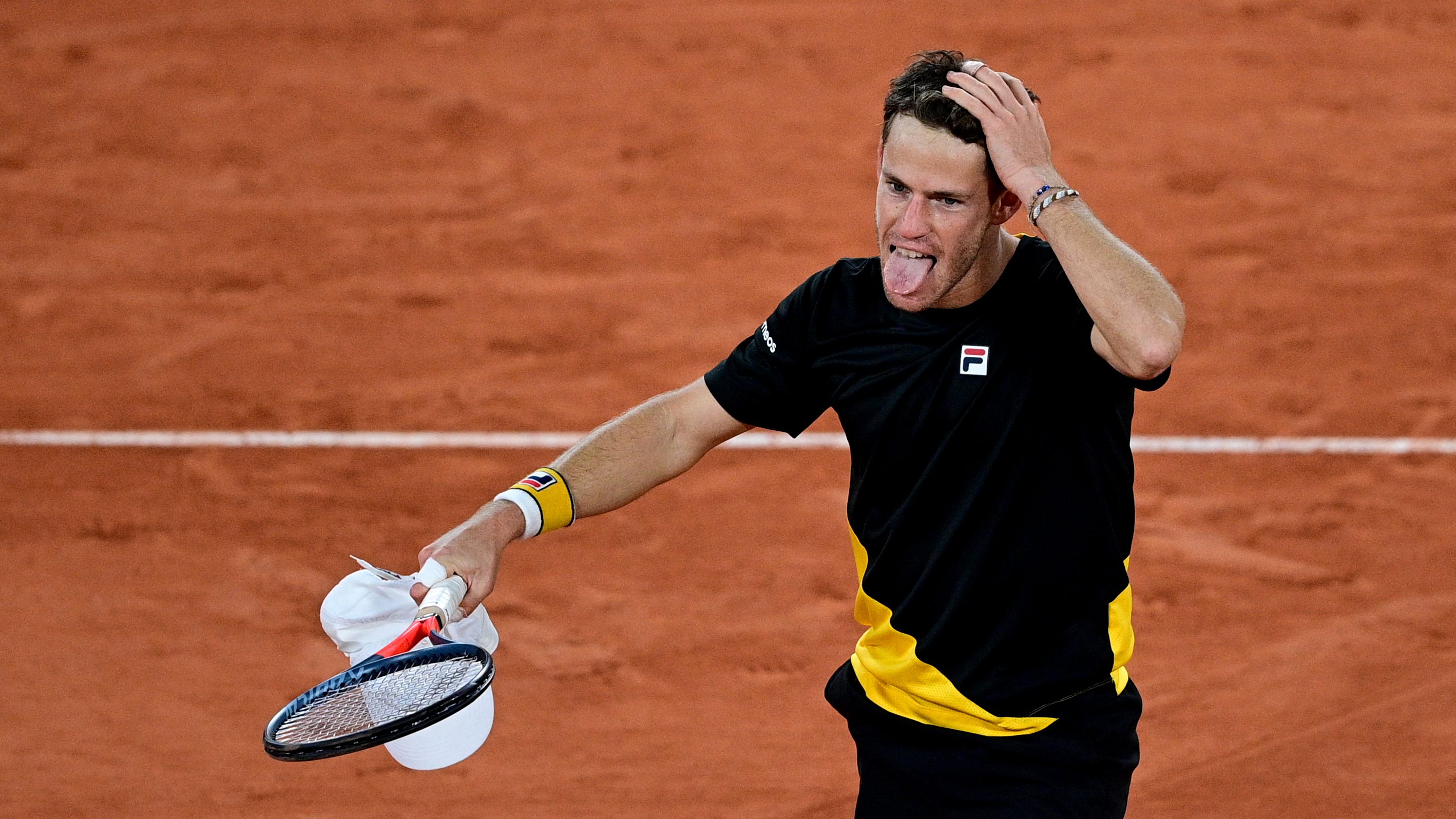 Argentina's Diego Schwartzman has made the last four at the French Open. /AFP

Argentina's Diego Schwartzman has made the last four at the French Open. /AFP

Why is height important in tennis?

It’s partly a question of physics. The taller a player is, the heavier they are and therefore the harder they can hit the ball. It generally means longer arms, which generate more power and afford extra reach, rotation and racket head speed.

The crucial advantage, however, is on the serve. Hitting the serve from a greater height means the stroke can be hit harder and with a downward trajectory to make the ball bounce higher on the opponent’s side of the court. The extra height also gives taller players a great margin of error because they have more angles to play with from the point at which the ball is struck.

Have professional players got taller?

Rosewall was the first Grand Slam champion of the Open era and is also its shortest, the same 170cm height as Schwartzman. The tallest are Juan Martin del Potro and Marin Cilic, the 2009 and 2014 US Open champions respectively, who measure 198cm (6ft 6in).

It is not just the champions, the situation is repeating itself across the professional tennis tour.

"I think players like me, around my height, are going to be extinct," says the recently retired David Ferrer, who measures 180cm (5ft 9in).

The women's game is experiencing a similar trend towards taller players, beginning with Martina Navratilova. The Williams sisters, Petra Kvitova, Maria Sharapova – all 180cm (5ft 9in) or taller – have dominated recent decades in the way that Billie Jean King and Chris Evert dominated the 1960s and 1970s. Both were under 168cm (5ft 6in).

How has Schwartzman managed to defy the general rule?

By playing to his strengths. Shorter players have a lower center of gravity and better movement around the court. What Schwartzman lacks in power and reach, he more than makes up for in agility and guile.

Taller players also tend to tire more easily, because of the extra weight they have to carry around the court, and Schwartzman's endurance is a big asset. Five-set matches, as he showed against the higher ranked Dominic Thiem in Paris, don't worry him.

He is also known as one of the, if not the, best returners of serve – he breaks serve regularly in his matches. But the question is whether he can hang on to his own service games to win the big matches.

So is there an ideal height for a tennis champion?

There have been a wide range of heights of tennis champions. But the current "Big Three" of Novak Djokovic, Rafael Nadal and Roger Federer are tightly bunched between 185cm and 188cm (6ft 1in). They have dominated for more than 15 years between them. They are in the sweet spot of being tall enough to have some kind of height advantage, but not too tall to hamper their speed around the court and their endurance.

Many of the next generation of youngsters coming through – Alexander Zverev, Stefanos Tsitsipas, Matteo Berrettini and Daniil Medvedev among them – are over 190cm (6ft 2in), but work hard to ensure their movement is not compromised. Zverev played field hockey as a junior to improve his movement and changes of direction in a low-gravity sport. That may suggest the height trend is set to continue.

But the final word can be left to Schwartzman, who told reporters after a French Open win over 208cm (6ft 8in) Kevin Anderson in 2018: "I read David and Goliath when I was young in the school, and I just try to think of that when I see Kevin or the guys who are two meters."

It's a spirit that has been serving him well two years on.

The author is a former Level 4 tennis coach, who has worked with regional and national players in the UK.