One in 10 people may have contracted COVID-19, warns WHO
Toni Waterman 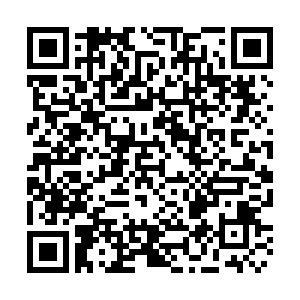 The World Health Organization said 10 percent of the world's population may have been infected by the coronavirus, a figure more than 20 times higher than any running tally. The organization said billions of people remain vulnerable and warned of hard times ahead.

Michael Ryan, the executive director of the WHO Emergencies Program, said the 10 percent figure was the organization's current "best estimate."

"This varies depending on the country, it varies from urban to rural, it varies between different groups," he said on Monday. "But what it does mean is that the vast majority of the world remains at risk."

If this 10 percent figure is accurate, it would mean that, based on the global population, the actual number of people who have contracted coronavirus is closer to 760 million, far outstripping the roughly 35 million cases reported to the WHO.

This also implies the global death toll could be much higher. WHO Director-General Tedros Adhanom Ghebreyesus said it was "certainly higher" than the 1 million deaths recorded so far and asked the WHO executive board to observe a moment of silence for the lives lost.

"Numbers can blind us to the reality that every single life lost is someone who loved and was loved by others – someone's mother, father, sister, brother, daughter or son. They are the reason we're here," he said during his opening remarks of a special session of the WHO executive board.

The WHO warned of a "difficult period ahead," pointing to spiking infections in Southeast Asia, Europe and the Eastern Mediterranean. Case numbers in France, Spain and the UK have now eclipsed the numbers recorded during the peak of the first wave.

This could become especially dangerous for the northern hemisphere, which is heading into winter. Fears of a coronavirus "twindemic" and seasonal flu are growing and Adhanom Ghebreyesus urged countries to take action now.

"It's never too late to change any kind of tide. Every situation can be turned around. And hard won gains can be easily lost," he said.

The WHO is hosting a two-day special session of its 34-member executive board. The meeting is a follow-up to its last session in May, when members adopted a resolution to look into how the world – and the WHO – has responded to the pandemic.

Member states agreed an investigation into the origins of this virus was necessary. The WHO said it has submitted a list of international experts to conduct that mission to the Chinese authorities for consideration. A two-person advance team laid the groundwork for the investigation this summer.

Another area of discussion at the meeting is reform at the WHO. The U.S. has been particularly scathing of the organization's early handling of the pandemic. The administration of President Donald Trump announced it would pull the U.S. out of the WHO in July 2021.

Several member countries have submitted proposals about how to make the organization stronger, ranging from more funding to increased oversight to earlier access to countries where an outbreak occurs.

The European Union offered to launch an inclusive process on how to bring the proposals together and reach a consensus, so action can be taken as quickly as possible.