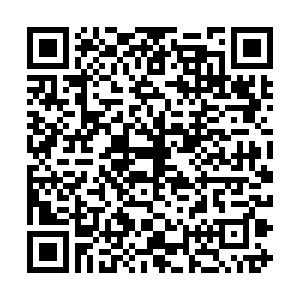 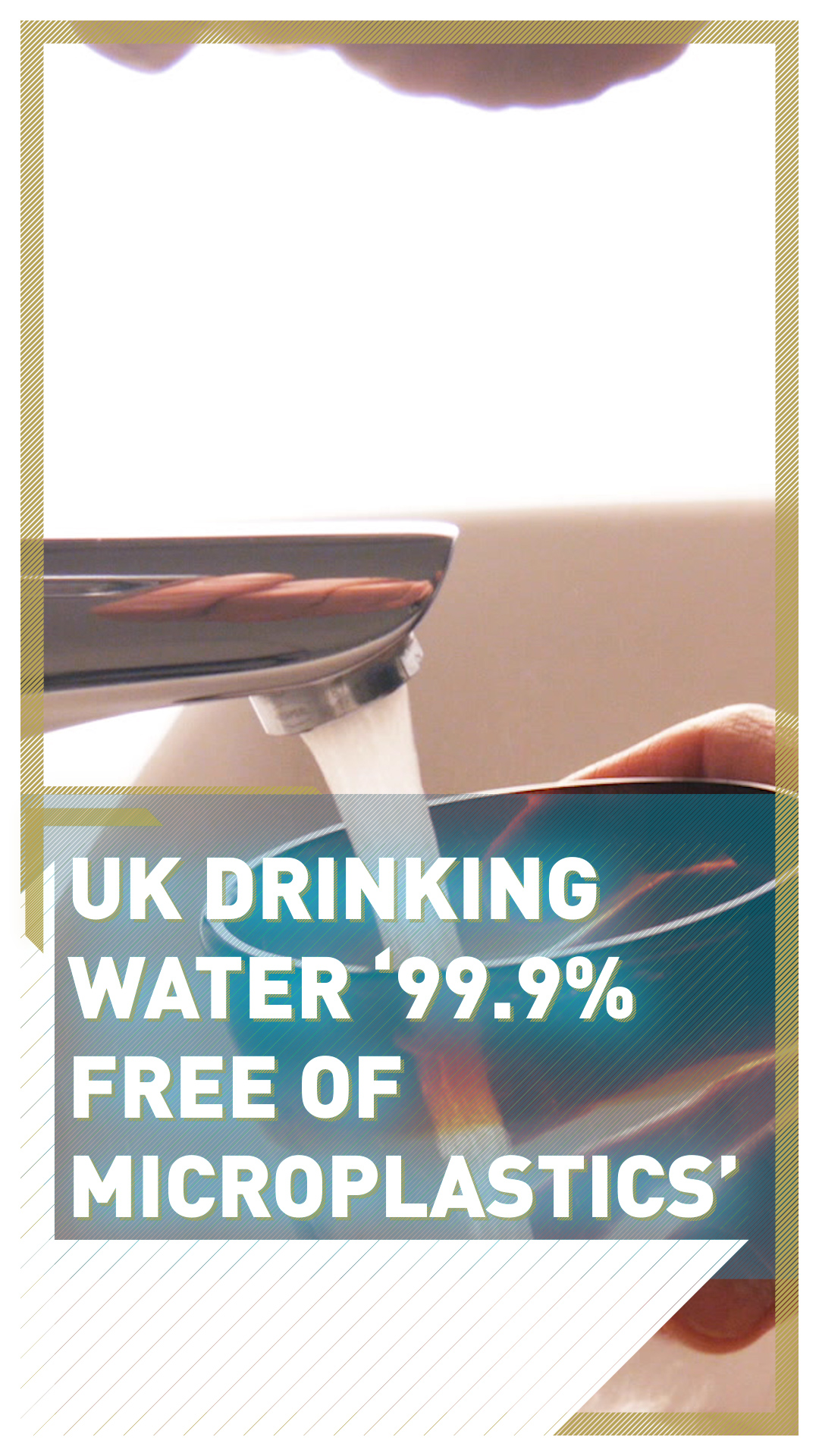 A groundbreaking study by the UK Centre for Ecology & Hydrology has shown 99.9% of Britain's treated water is completely free of microplastics.

He even suggests people may be less exposed to microplastics if they drink from the tap than from a plastic bottle.

· There's no escape – plastic is now in the air you breathe

The findings are important in that it has historically proved difficult to accurately measure the amount of microplastics in water.

"It's a complicated task to do because everything we do is contaminated already with microplastics," says Johnson.

"That includes the laboratory, your home and my home and so on, so it's very difficult to get a pure working environment in order to do the research."

Commissioned by UK Water Industry Research, the study focused on treated water, but not what actually comes out of a household tap. Johnson describes getting data on the latter as the final hurdle to overcome because of the danger of contamination.

"It's actually harder to carry out that research than people think," says the scientist. 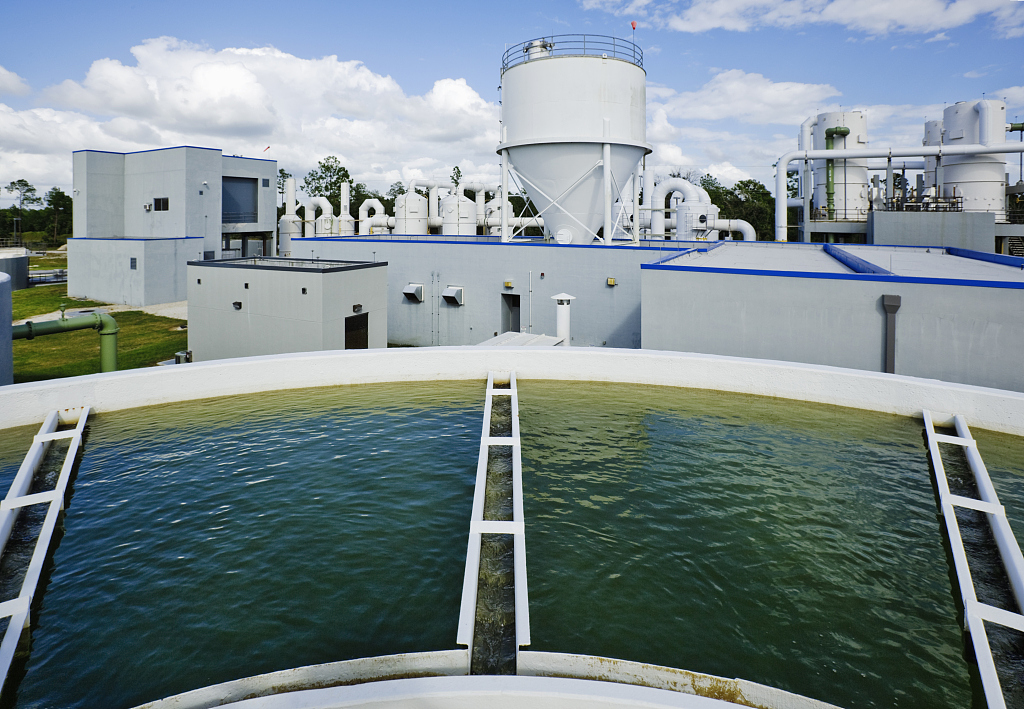 While water companies have not necessarily been trying to remove microplastics, most water treatment processes are designed to remove particles of all sorts of organic and inorganic nature.

"Having done the appropriate controls," says Johnson, "we've found that the performance of the water treatment works was really very good."

The main source of microplastics – minute fragments of plastic that have broken down into sizes of less than a millimeter – tends to be from fragmented plastics, particularly polyethylene and polypropylene.

These materials are most commonly used to make things such as food wrapping, shopping bags and plastic bottles, but they also appear in objects including carpets and synthetic clothing such as fleeces.

Johnson explains that these particles slowly break down and the residue finds its way "down the sink, into rivers, and then contaminates the environment and rivers are also a source of drinking water."

Read more: Is the pandemic triggering a spike in plastic pollution?

While a recent report from the World Health Organization said there was no current evidence of any risk to human health from the presence of microplastics in drinking water, the body has called for more research into its potential negative effects.

"Let's just say the research is ongoing," says Johnson. "Much of what we've seen so far suggests a very low toxic effect, if at all, from microplastics."

But he stresses that doesn't mean the issue should be belittled: "Plastic contamination as a whole can be dangerous for wildlife, particularly large plastics – marine animals can get entangled with and then they suffocate and die." 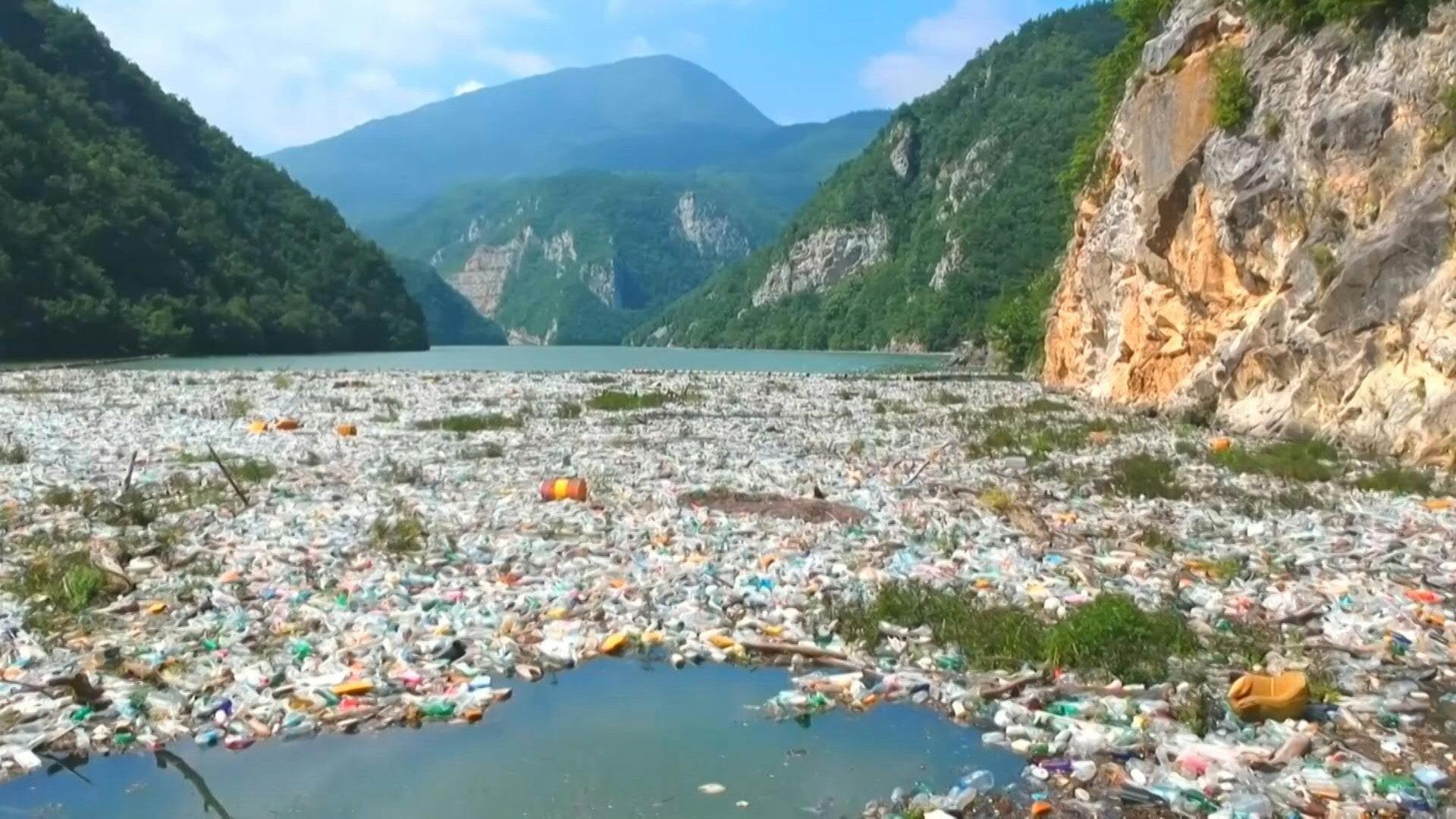 In terms of microplastics, he says in theory they could be ingested by organisms, but adds there is no strong evidence they necessarily cause harm, "unless you really overdose them in a way that's perhaps not realistic."

Despite data showing there is not "a really significant hazard yet," Johnson remains cautious. "I don't think we're out of the woods," he warns.

And while the report says water treatment plants are doing their job well, the residue from the process – sludge – is still heavily impregnated with plastics.

"So, although we are taking it out of the drinking water, it's not like we've eliminated the microplastic," says Johnson: "We've just put it into a different compartment." 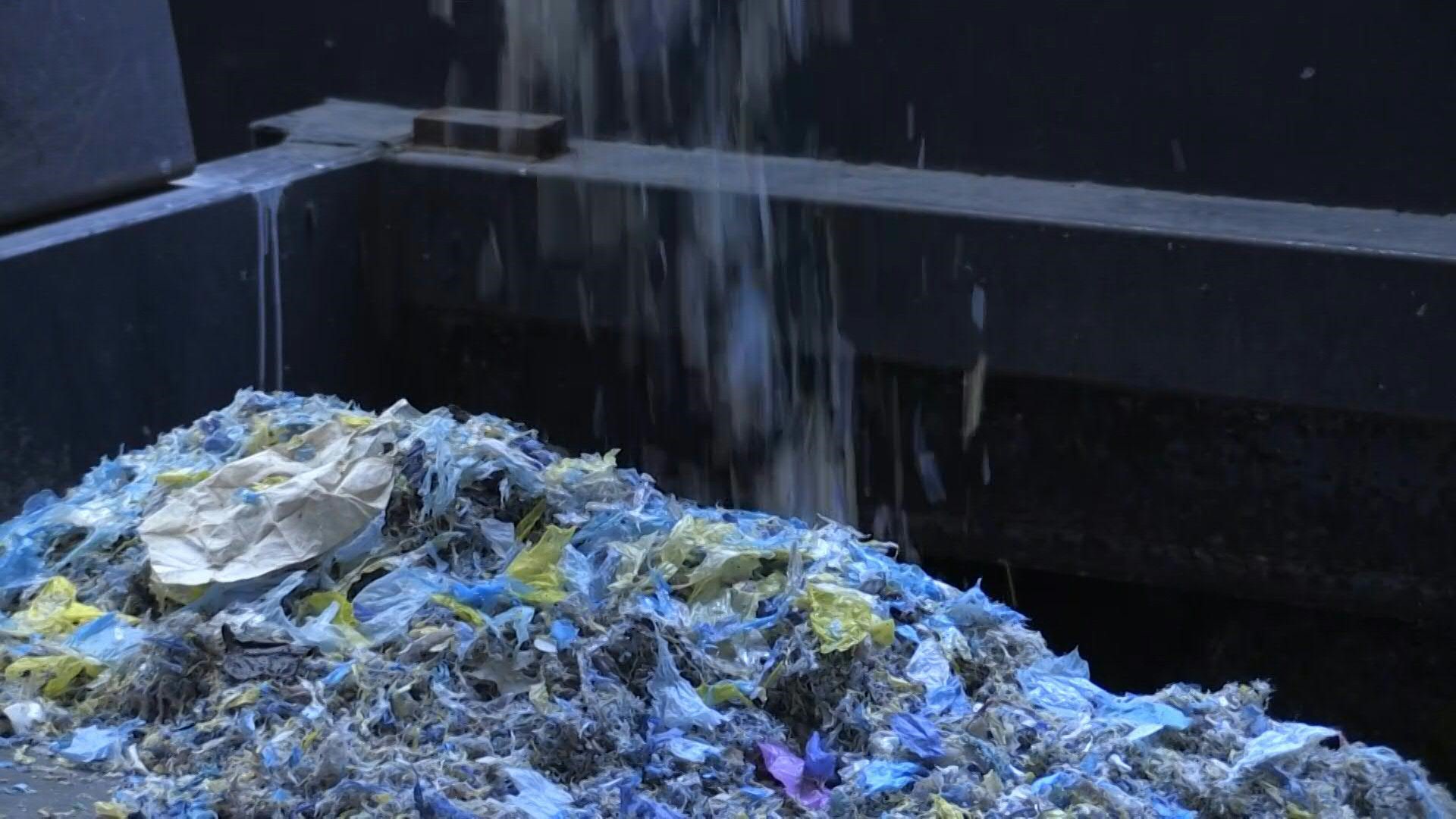 How should governments respond?

The report's central findings are generally positive, but it still calls for the UK government, customers and businesses to do more to prevent plastic entering the water system in the first place.

This could mean more recycling, less single-use plastics and using alternatives to plastics in items such as food packaging. However, Johnson explains that this might not be as easy as it sounds.

"Particularly in a number of countries in the developing world, their ability to hold on to those plastics and recycle them and recover them are limited," says Johnson, adding that as these countries grow, it could lead to more plastic waste.

"That's something that is not quite clear – how we can tackle that in the short term," he explains. "Certainly with countries' strategies like in the UK, they really are trying to push hard to get better recycling of plastics and, if possible, a lower consumption of single-use plastics."

Watch: Masks and gloves 'floating' like jellyfish: The effects of COVID-19 waste in the ocean 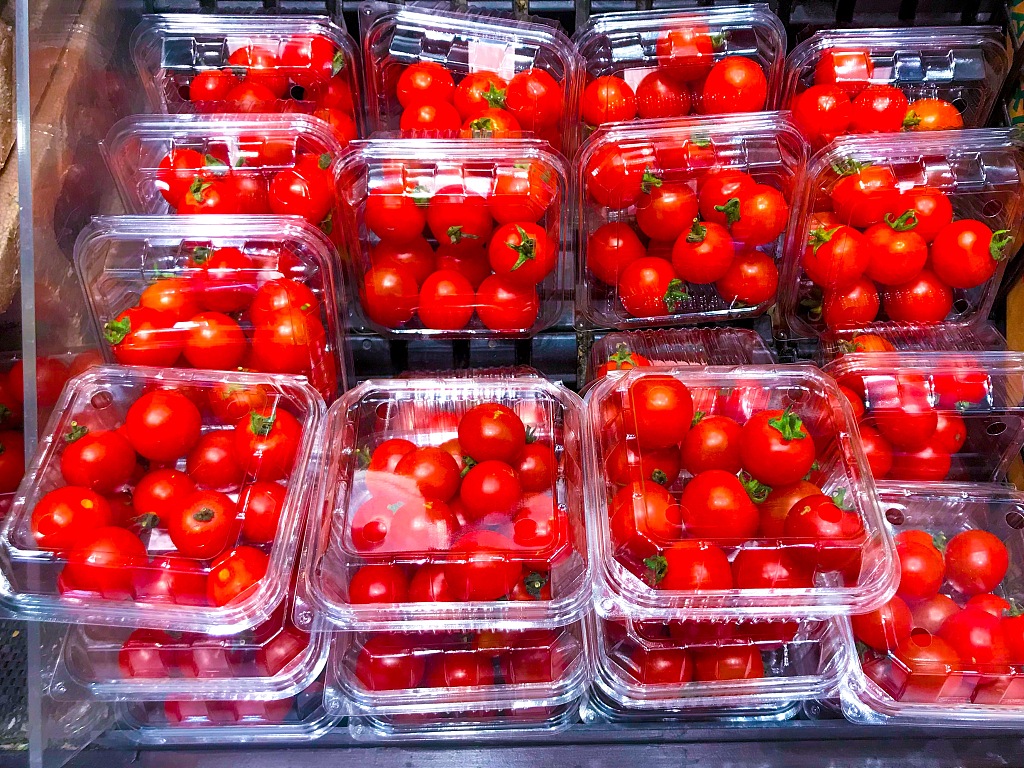 Single-use plastics, such as in food packaging, are important for hygiene and preservation of food, and therefore can't be banned overnight. / DigiPub / Getty Creative / VCG

Single-use plastics, such as in food packaging, are important for hygiene and preservation of food, and therefore can't be banned overnight. / DigiPub / Getty Creative / VCG

But this also poses its own problems.

Especially given that other methods for protecting food, such as aluminum, cardboard or glass, have relatively high energetic and environmental consequences themselves.

"I'd like to see data showing that we're discharging less down the sink," says Johnson. "But we're in a bit of a jam if plastics are being leached from our plastic bags, from certain clothing that people wear, like fleeces and from their carpets in their home and that goes down the sink, there's not an easy way to bear down on that.