Is the pandemic triggering a spike in plastic pollution?
Nilay Syam 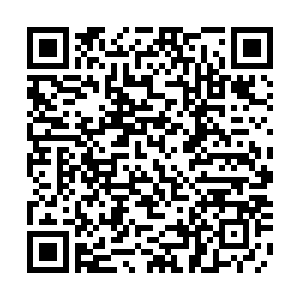 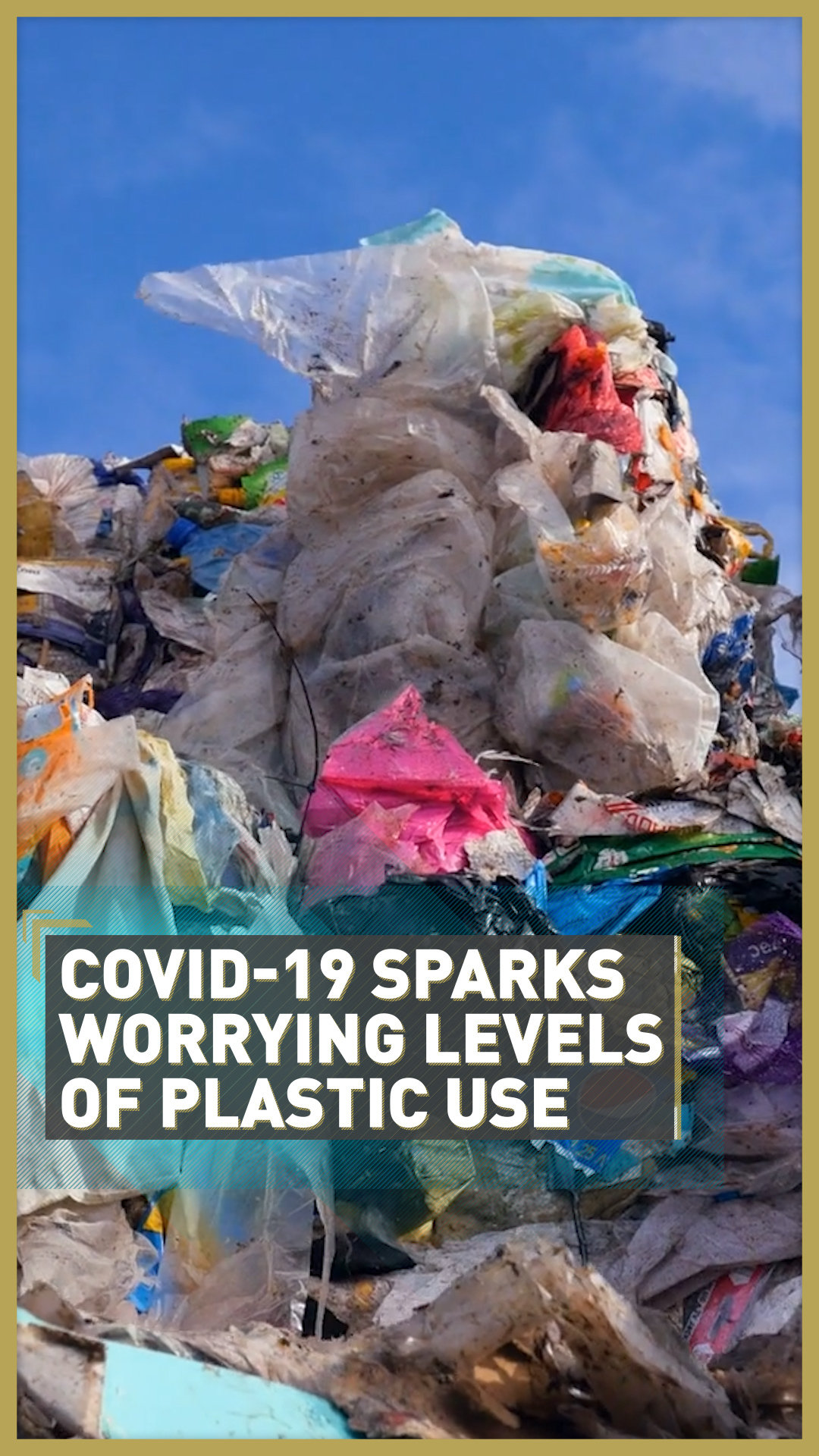 The COVID-19 pandemic has wreaked immense misery and havoc across the globe. It has also caused a worrying trend with grave environmental implications – a renewed vigor in the use of plastics.

A surge in demand for personal protective equipment (PPE) such as masks, gloves, aprons etc... especially for front-line and healthcare workers threatens to create mountains of plastic litter that activists claim could lead to a major crisis.

For instance, as Italy gradually emerges from the lockdown, the Polytechnic University of Turin estimates the country will need one billion masks and half a billion gloves each month.

According to a World Wide Fund for Nature (WWF) report, if just one percent of the masks were disposed of incorrectly and dispersed in nature, this would result in as many as 10 million masks per month polluting the environment.

Each mask weighs about four grams, so it would lead to the dispersion of more than 40,000 kilograms of plastic.

The president of WWF Italy, Donatella Bianchi, said: "Just as citizens have shown themselves to be responsible for following the government's directions to contain the infection by staying at home, now they need to be equally responsible in managing individual protection devices that must be disposed of properly and not dispersed in nature."

But it's just not discarded medical equipment that is worrying campaigners. A spike in single-use plastic consumption by households has also been noticed.

Wary of catching the virus, people are stocking up their cupboards with bottles of hand sanitizers, cleaning agents and food containers.

Vegetables, fruits, and baked goods are being wrapped in plastic as supermarkets forbid customers from bringing their own reusable bags.

Restaurants are offering home delivery and takeaway options with most falling back upon disposables, which generate even more plastic waste. 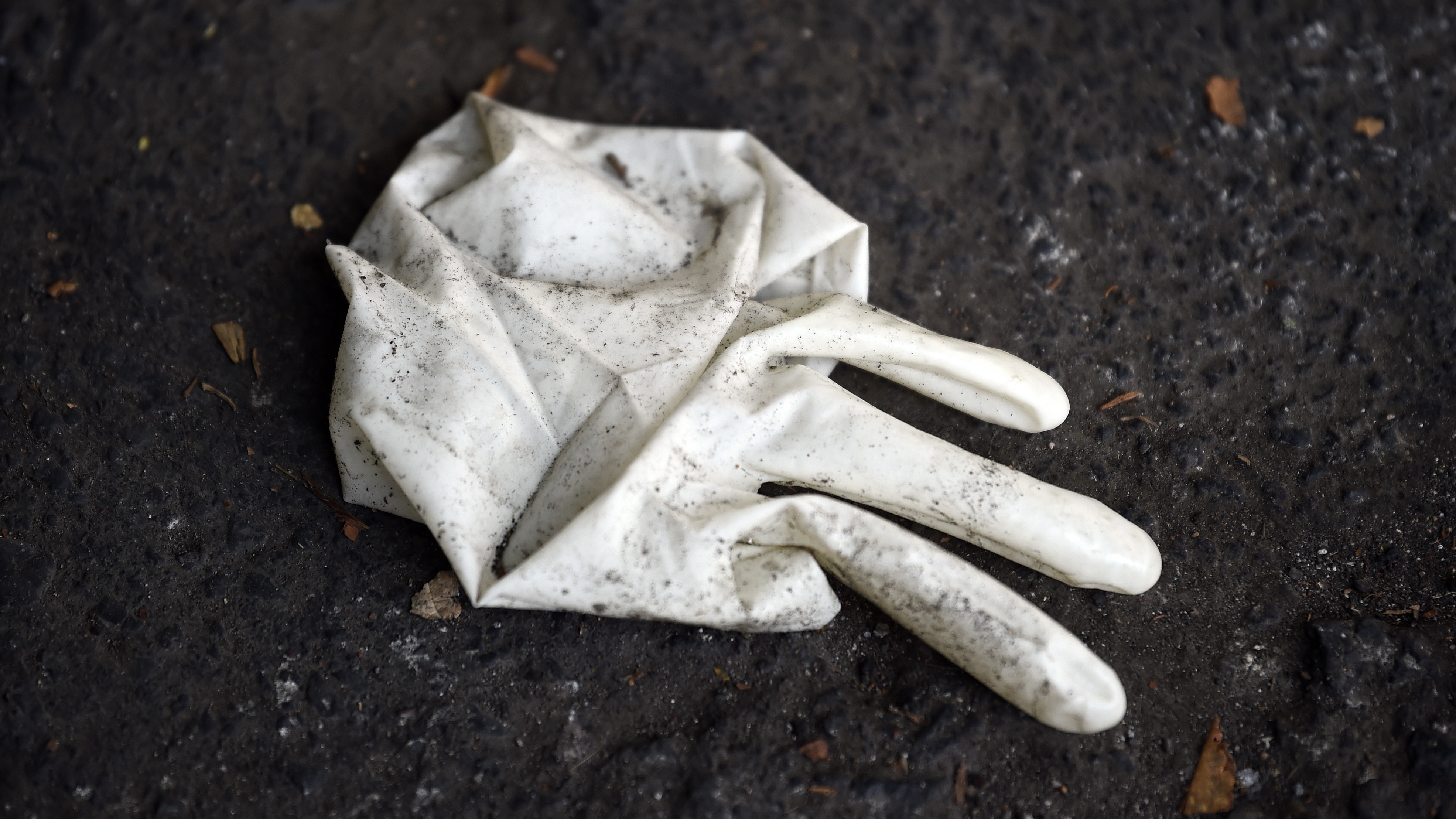 The pandemic has triggered a surge in demand for personal protective equipment. /Alfredo Estrella/AFP

The pandemic has triggered a surge in demand for personal protective equipment. /Alfredo Estrella/AFP

A spate of stringent restrictions and lockdowns made matters even worse as recycling almost ground to a halt.

The coronavirus has exacted a heavy price on the recycling industry, too. The trade body Plastics Recyclers Europe (PRE) said the sector is ceasing production due to the closure of processing facilities and record low prices of virgin plastics.

It added that if the present situation is left unresolved, it would make recycling unprofitable and result in the mass landfilling of recyclable waste.

Ton Emans, PRE president, said: "If the situation is to persist and no actions are taken to remedy the sector, plastics recycling will cease to be profitable, hampering the attainment of the EU recycling targets and putting in jeopardy the transition towards circular plastics.

"In such a case, recyclable plastic waste will have no alternative but to be sent to landfill or incineration."

Emans's warning on landfills overflowing with garbage and its consequences rang true when Portugal banned foreign trash imports until the end of the year to protect domestic landfill capacity.

In a statement on Saturday, the government said: "This decision is intended to ensure we have sufficient national capacity in waste processing facilities."

Portugal is expected to revisit its landfill and waste management laws this summer as it struggles to meet trash reduction and recycling targets amid the fallout from COVID-19.

The PRE urged the European Union (EU) to include recycling as one of the sectors supported by its recovery drive and to continue implementing the measures under the circular economy umbrella – an action plan that aims to ensure resources produced can be kept in the bloc's economy for as long as possible. 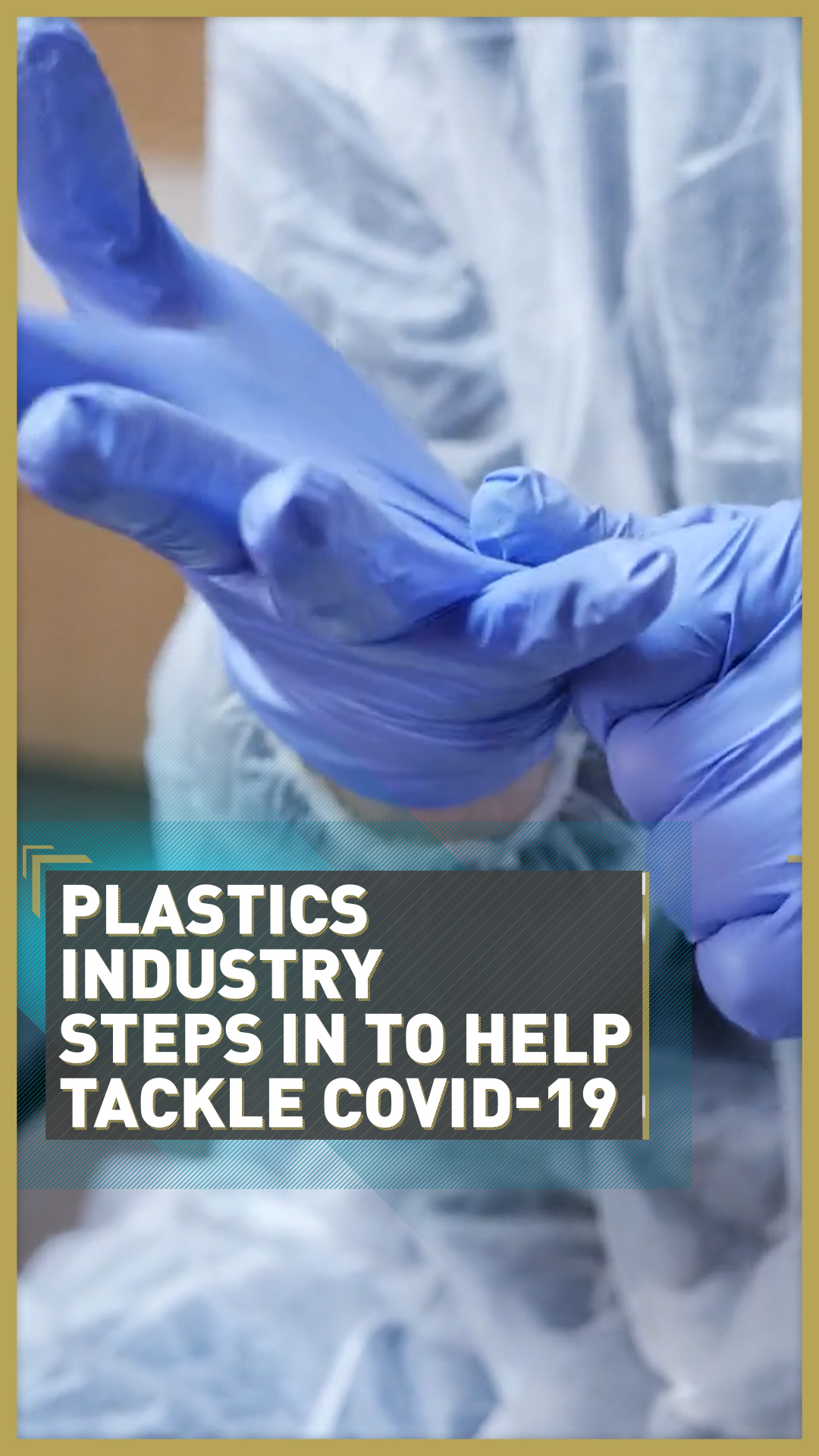 In March, the European Parliament voted on the single-use plastics directive, which banned common items such as straws, cutlery and cotton bud sticks. However, medical gloves and masks were not covered by the legislation.

There are fears the virus might unravel all the hard work that went into implementing the ban.

The European Plastics Convertors, a trade association, made a plea to postpone the legislation by a year. Brussels has rejected the request.

Rethink Plastic, an alliance of leading European non-governmental organizations said: "COVID-19 has created emergency responses and actions to address this pandemic and put public health above all else.

"For now, this remains the priority. But this must not be seen as a permit to pollute or an opportunity for the plastics industry to take us back to a world full of disposables for their own financial gain."

However, the plastics industry claims to be a victim as well, pointing out that production has suffered drastically since the outbreak made its presence felt.

Alex Harris, marketing manager at the British Plastics Federation (BPF) said: "At the moment, the plastics industry is actually facing pretty much the same economic circumstances as all the other industries around the world.

"In some sectors like construction and automotive, we're seeing a huge drop in demand. The lockdowns have had the same impact on the sector. For some specific items like medical products, the demand has gone up but the plastics industry represents countless items and so just like every other business, it has been hit by the current economic conditions."