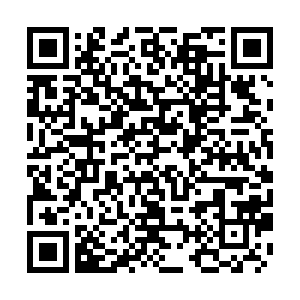 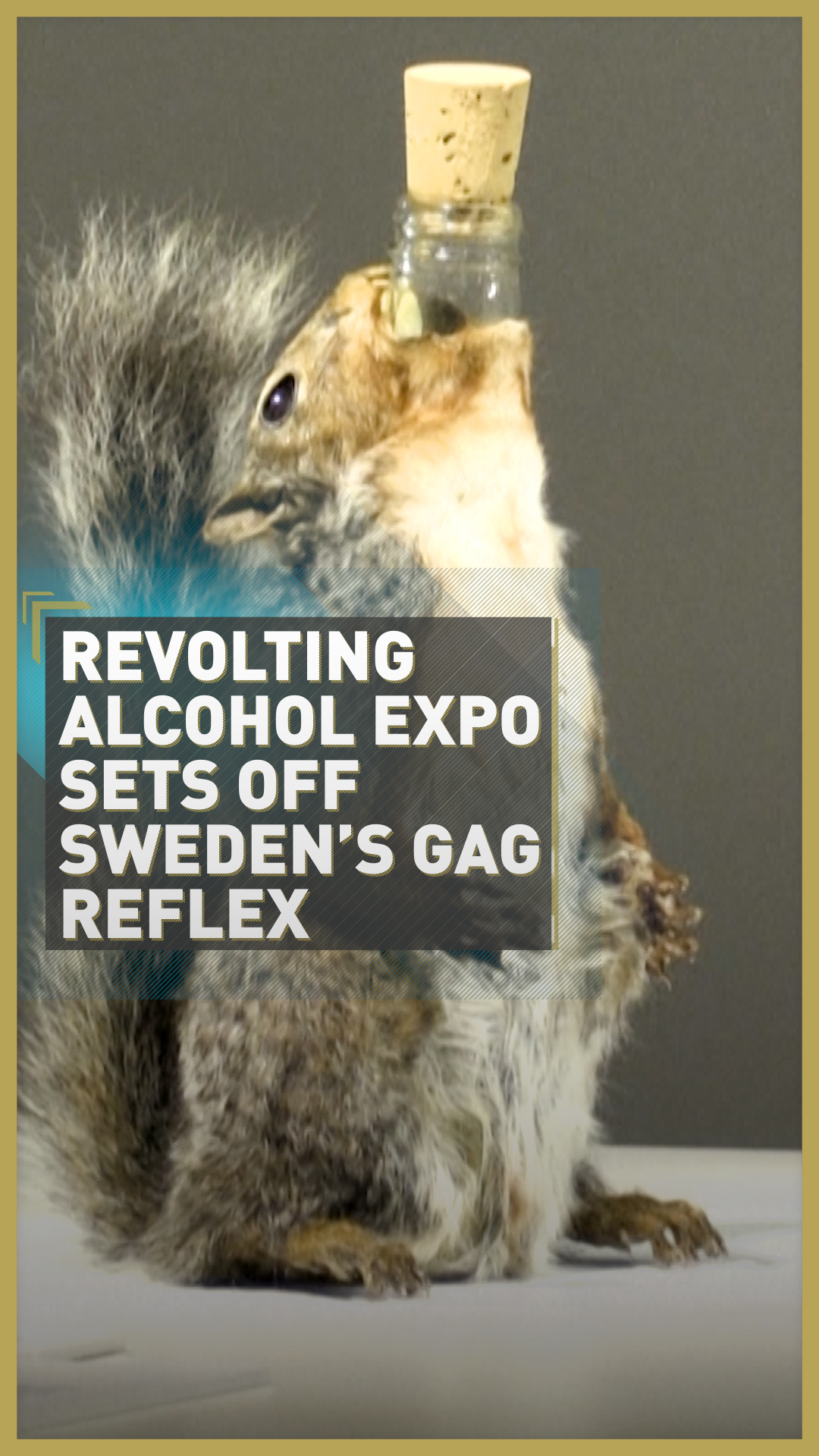 Mice-laced wine, stuffed squirrel decanters, beer brewed with Icelandic whale testicles: these are just a few examples of some of the revolting alcoholic artifacts you can find on show at a new exhibition on intoxicants at Sweden's Disgusting Food Museum in Malmo.

But a word to the wise – the show, jam-packed with the most repellent beverages imaginable, is not for the faint-hearted (or the weak-stomached).

Its crowning jewel is a large jug of a yellowish semi-translucent liquid that has tested many of the visitors' gag-reflexes: it's wine made from human excrement.

· British farmers struggle after the worst crop harvest in decades 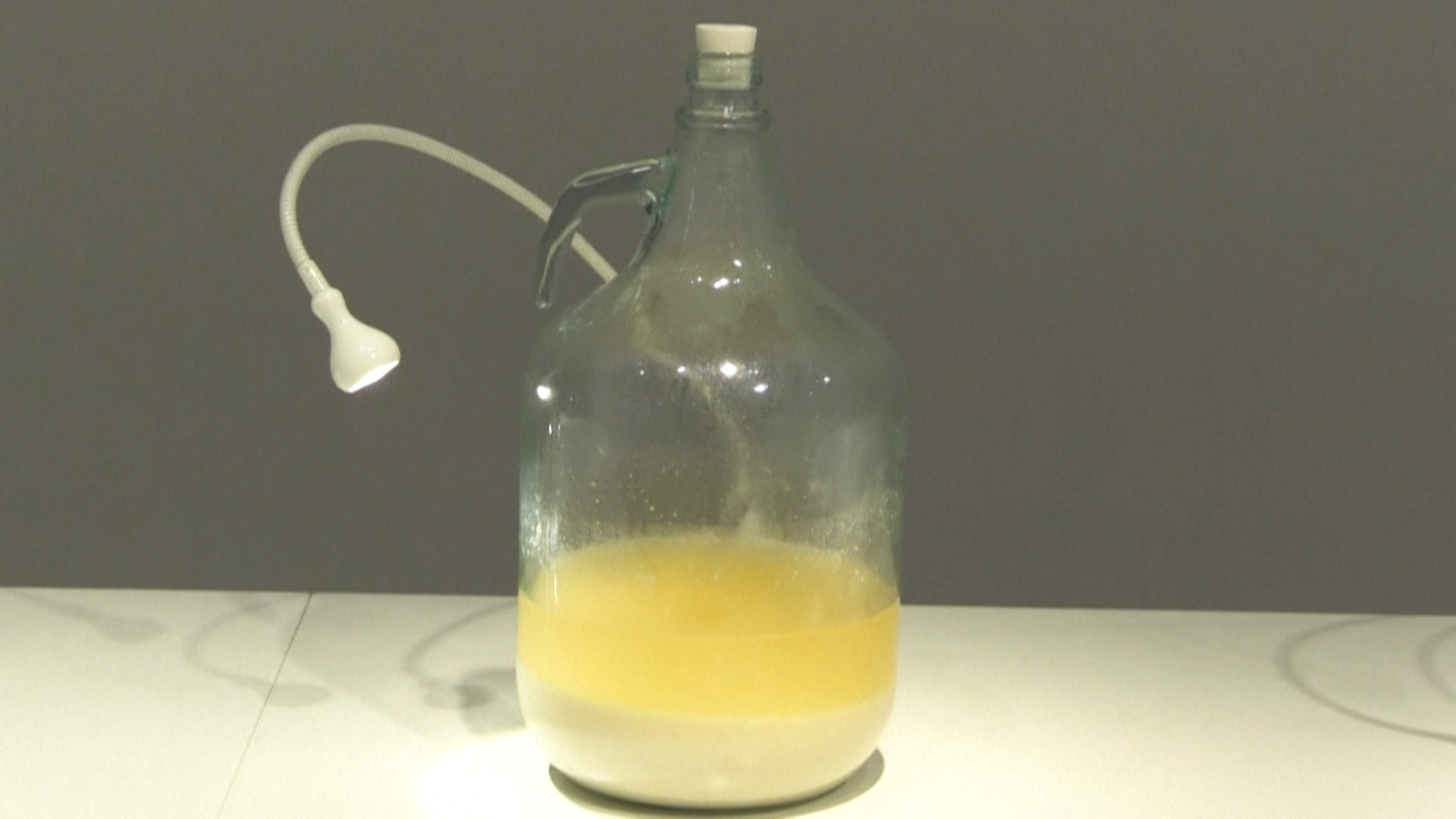 Wine made from human excrement, a traditional Korean medicine, is one of many stomach-turning artifacts on display.

Wine made from human excrement, a traditional Korean medicine, is one of many stomach-turning artifacts on display.

"This is traditional Korean medicine. This is not something that people drink anymore," says the museum's director Andreas Ahrens, who actually made this specific batch of fermented fecal matter himself.

"It's an historic drink and it was drunk in order to cure bone breakage and bruises," he explains. "It's more of a medicine than anything else."

Smelling the liquid, he says that "now it smells more like alcohol than feces," but adds that "when you're making it, the smell is quite horrendous."

Other unusual intoxicants include a Scottish beer with a 55 percent alcohol level sold in a stuffed squirrel and a beer made with Icelandic whale testicles, Ugandan Waragi, prompting a mixed response from visitors.

One attendee described the show as "fun but very, very, very disgusting." 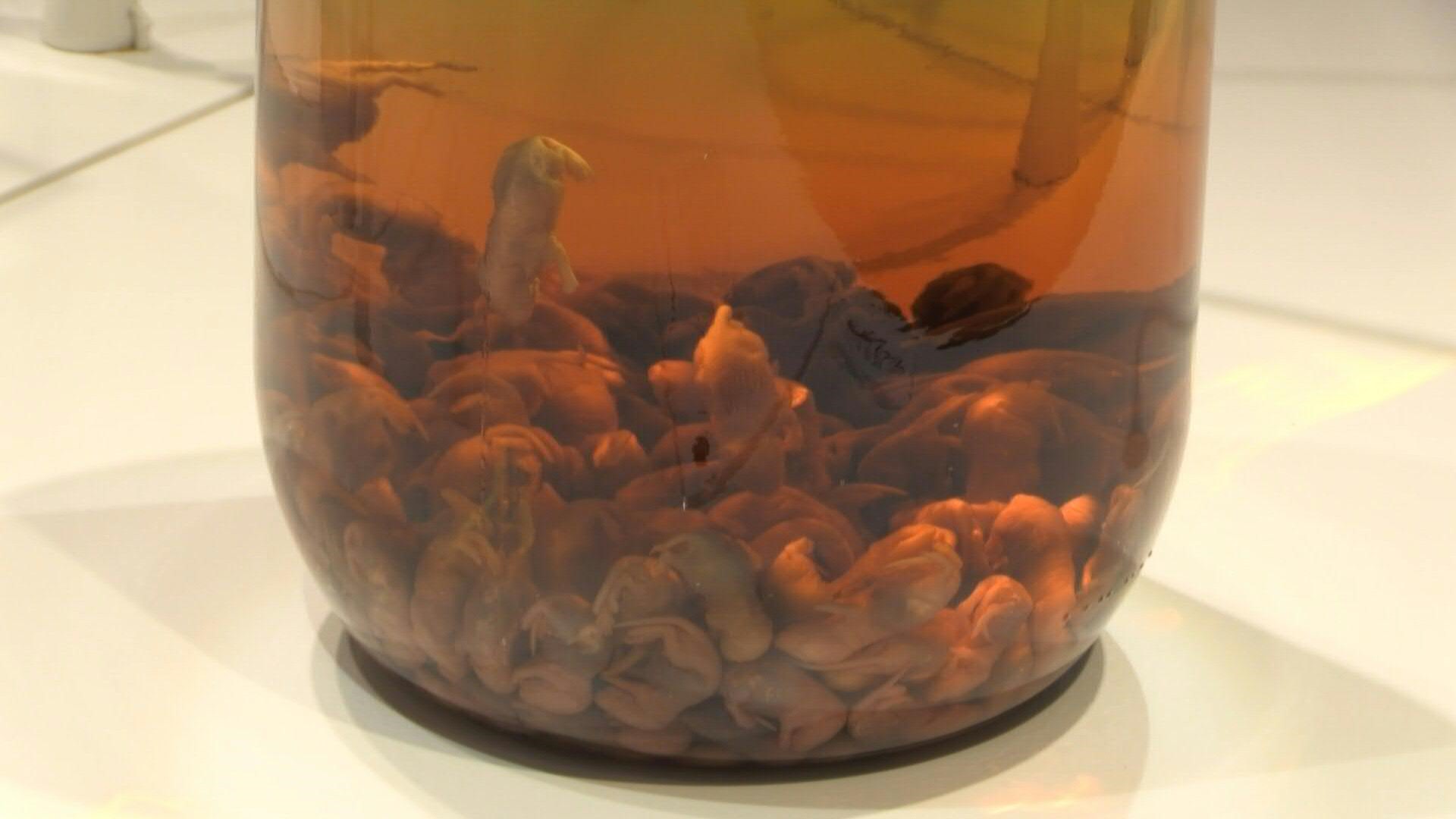 However, less odious options also feature, such as Fernet Branca, a bitter, herbal Italian liqueur, as Ahrens tries to emphasize the beauty of culinary cultural differences.

For example, Gammeldansk, a Danish hard alcohol, is commonplace in Scandinavia, "but in the rest of the world is considered quite disgusting," says the curator.

"It's the same with all the other items in the main exhibit. It's things that people like where it comes from, and might appear disgusting if you're not from there," he explains.

With exhibitions staged in Berlin and Los Angeles, the Disgusting Food Museum was experiencing growing numbers, in spite of its repellent artifacts, prior to the COVID-19 pandemic. However, the effect of the virus left the museum closed for several weeks because of a lack of visitors.

Ahrens hopes the three-month alcohol showcase will bring audiences back. And with visitors getting the chance to investigate such delicacies as Icelandic whisky laced with sheep dung and "pruno" - an American wine most commonly brewed in the toilets of U.S. prisons - he may be onto a winner.