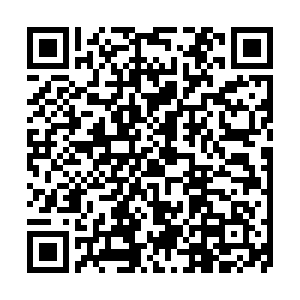 Thousands of migrants are facing a fifth night without shelter after fire destroyed the Moria asylum center on Lesbos.

Greek officials say they believe the fire in the camp was deliberately lit by migrants reacting to quarantine measures after COVID-19 was detected in the camp last week.

The Moria camp was constructed for 3,100 people but at least 12,000 men, women and children were living there in unsanitary and often dangerous conditions, although many are looking for a way to leave the island. Many refugees have blocked the roads around Lesbos to halt the reconstruction of the site, in protest at the conditions in the camp.

Greek residents on the island also disapprove of a new camp to house the migrants, with one leader saying "we've faced this situation for five years, it's time for others to bear this burden."

Protests by migrants on the island escalated into clashes in the last 24 hours, as some migrants threw stones and the police reacted by using tear gas.

In response to the fire and protests, several European countries said they would take a small number of estimated 4,000 children.

France and Germany said they would each accept between 100 and 150 of the unaccompanied children. The Netherlands has already pledged to accept 50 and Finland will take 11.

A family screams as protestors and police clash on Lesbos. /Angelos Tzortzinis/AFP

A family screams as protestors and police clash on Lesbos. /Angelos Tzortzinis/AFP

In Case You Missed It:

* Salvation in Europe: a Greek myth for refugees

The Greek military have sent troops to put up tents to provide shelter for the migrants, and arranged for three ships to dock at Lesbos.

Two naval vessels will house around 500 migrants each, while the Blue Star Chios ferry is docked at Sigri and will be a temporary home to 1,000 people.

Military personnel, riot police and a water cannon have also arrived at the scene.