- Heir to the Spanish throne Princess Leonor is now in quarantine after her classmate tested positive for the coronavirus.

- Czechia has recorded a record rise in daily figures, reporting 1,447 cases on Saturday.

- Spain recorded 4,708 new infections over 24 hours on Friday, bringing its total to 566,326, the highest in western Europe. The secretary general of Spain's doctors' union has blamed the recent spike on the decentralization of the country's coronavirus response. 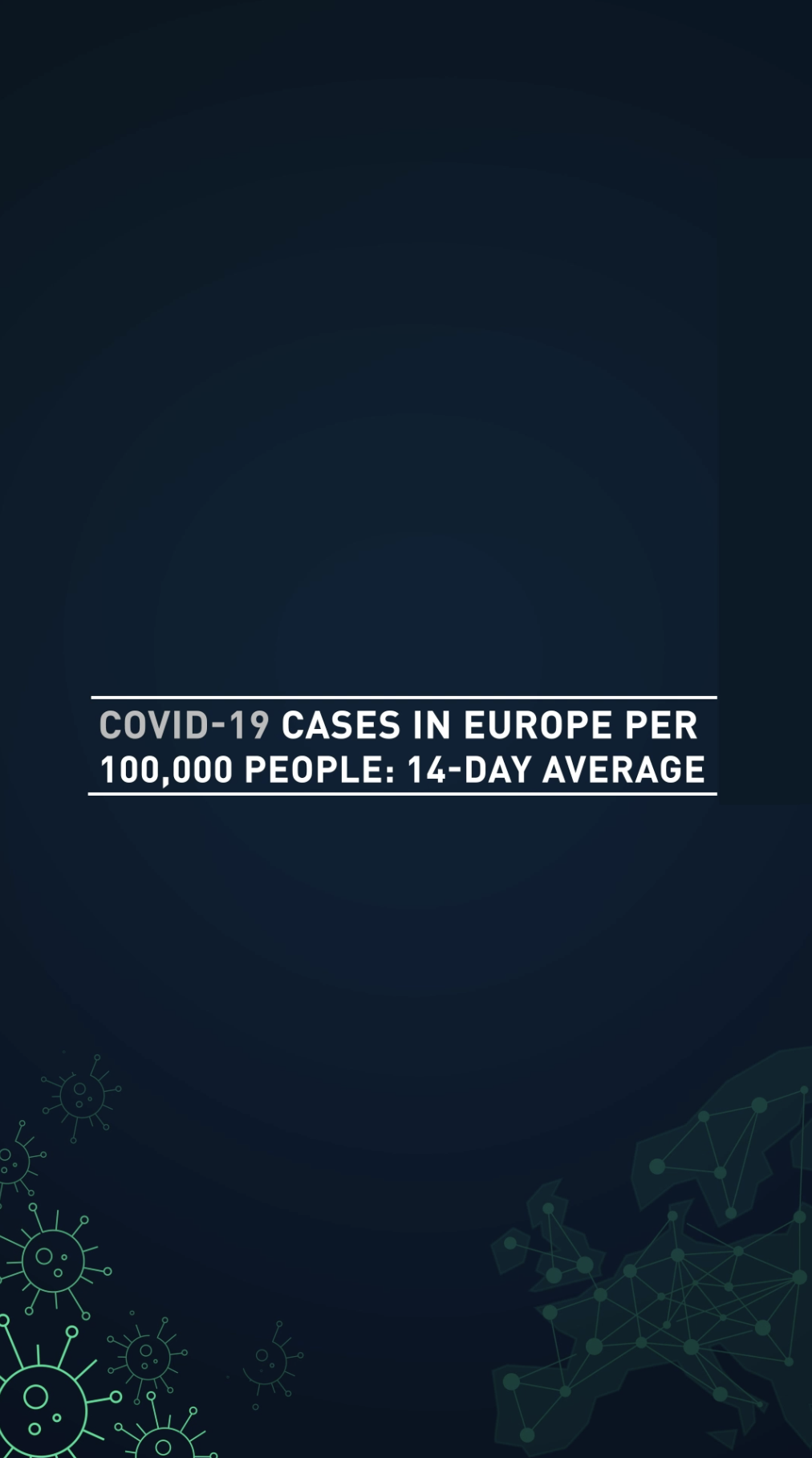 - The U.S. has vetoed a United Nations resolution for a "comprehensive and coordinated response" to the pandemic that recognized the World Health Organization's leadership role and had been backed by 169 countries out of 193.

- Spectators will be barred from the finish lines at all of the stages of the Tour de France in regions labeled as coronavirus "red zones," organizers announced on Friday.

- A week after coming in contact with someone carrying coronavirus, French prime minister Jean Castex has tested negative for the second time and will come out of self-isolation.

- Europe's first pandemic "travel bubble," created in May by Lithuania, Latvia, and Estonia, burst on Friday as Latvia said everyone arriving from Estonia had to quarantine for 14 days.

- Hungary's daily cases hit a record of 916 on Saturday as schools reopened, with the government saying the strict measures in the spring would not be reinstated.

- England's rugby players are taking a 25 percent pay cut for the 2020-21 season as the sport attempts to combat the financial hit from the pandemic, with the UK government reviewing whether or not to allow fans to return to stadiums in October.

- Austria is making face masks compulsory in more places including all shops and school corridors and limiting private indoor events to 50 people, with chancellor Sebastian Kurz saying the situation was "getting serious again." 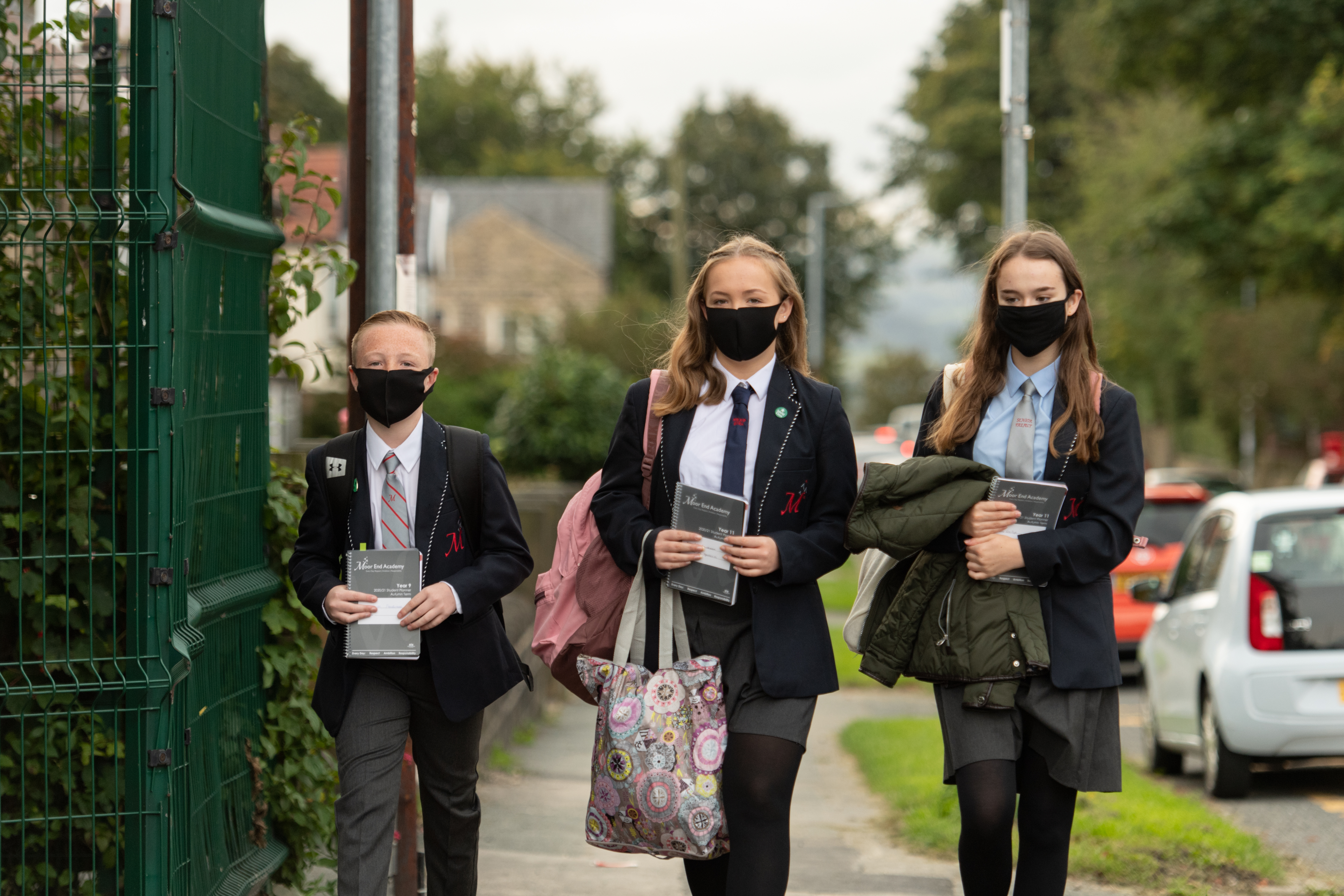 England has brought in more local restrictions as UK daily case numbers jumped from 2,919 to a new post-lockdown high of 3,539 on Friday. /Oli Scarff/AFP

England has brought in more local restrictions as UK daily case numbers jumped from 2,919 to a new post-lockdown high of 3,539 on Friday. /Oli Scarff/AFP

A former chief scientific adviser to the British government, Sir Mark Walport, has warned the UK is on the brink of losing control of COVID-19 infection rates again.

The latest figures suggest the rate of infection is doubling every week in England and Wales. And the R rate - the reproduction level at which the disease spreads - has risen above what the government deems the crucial number of 1. This means it's again quickly spreading.

"I think with the rate R above 1 and the number of people infected increasing, the number of people going to hospital will also increase," says University of Edinburgh professor Linda Bauld. "However I am confident we won't see the same number of deaths as before because the UK has learned the hard way how to protect older and more vulnerable groups."

This week British prime minister Boris Johnson told the public that the summer of relaxation is over. "I should stress that if we are to beat the virus, then everyone at all times should limit social contact as much as possible and minimise interactions with other households," Johnson cautioned.

From Monday social gatherings of more than six people will be banned across England, Wales and Scotland. However, professor Susan Michie from the Government Advisory Group for Emergencies says it doesn't make sense to have the same number of people limited both indoors and outdoors.

Michie says the overwhelming majority of transmissions from super-spreaders - that is, people who transmit the disease to more than five people - happen indoors.

· The Premier League returns with a clash of champions

After speculation that France could introduce new lockdown measures, prime minister Jean Castex announced on Friday that his government would instead implement a raft of less radical measures.

With France suffering the world's seventh-highest COVID-19 death toll, president Emmanuel Macron's cabinet is trying to stem the virus's spread while keeping the economy running as much as possible. For example, schools are set to be kept open despite a spate of teacher strikes.

According to Castex, the new measures will include fast-tracked testing for priority cases and increased restrictions in targeted areas hit worst by the disease.

"The virus is with us for several more months and we must manage to live with it without letting ourselves get drawn once again into a narrative of nationwide lockdown," Castex said in a televized address.

Spain has been reporting record highs for daily coronavirus tallies, with its cumulative total at 566,326, the highest in western Europe.

The government has been regularly revising up its daily tallies, and although Friday's figure - 4,708 - was a new record since it lifted lockdown in June, it is under the peaks reported in revised data. For example, one week ago, daily figures were revised up from 4,500 to over 11,000.

Health emergency head Fernando Simon said on Thursday that half the country's provinces were seeing a decline in the contraction rate, and that new infections could be stabilized. However, on Friday six new deaths took Spain's total toll to 29,747.

Since strict restrictions were lifted earlier in the year, daily infections have risen from their hundreds to their thousands, outstripping other European nations such as Britain, Italy or France.