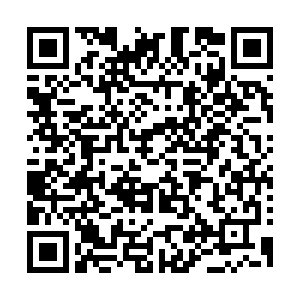 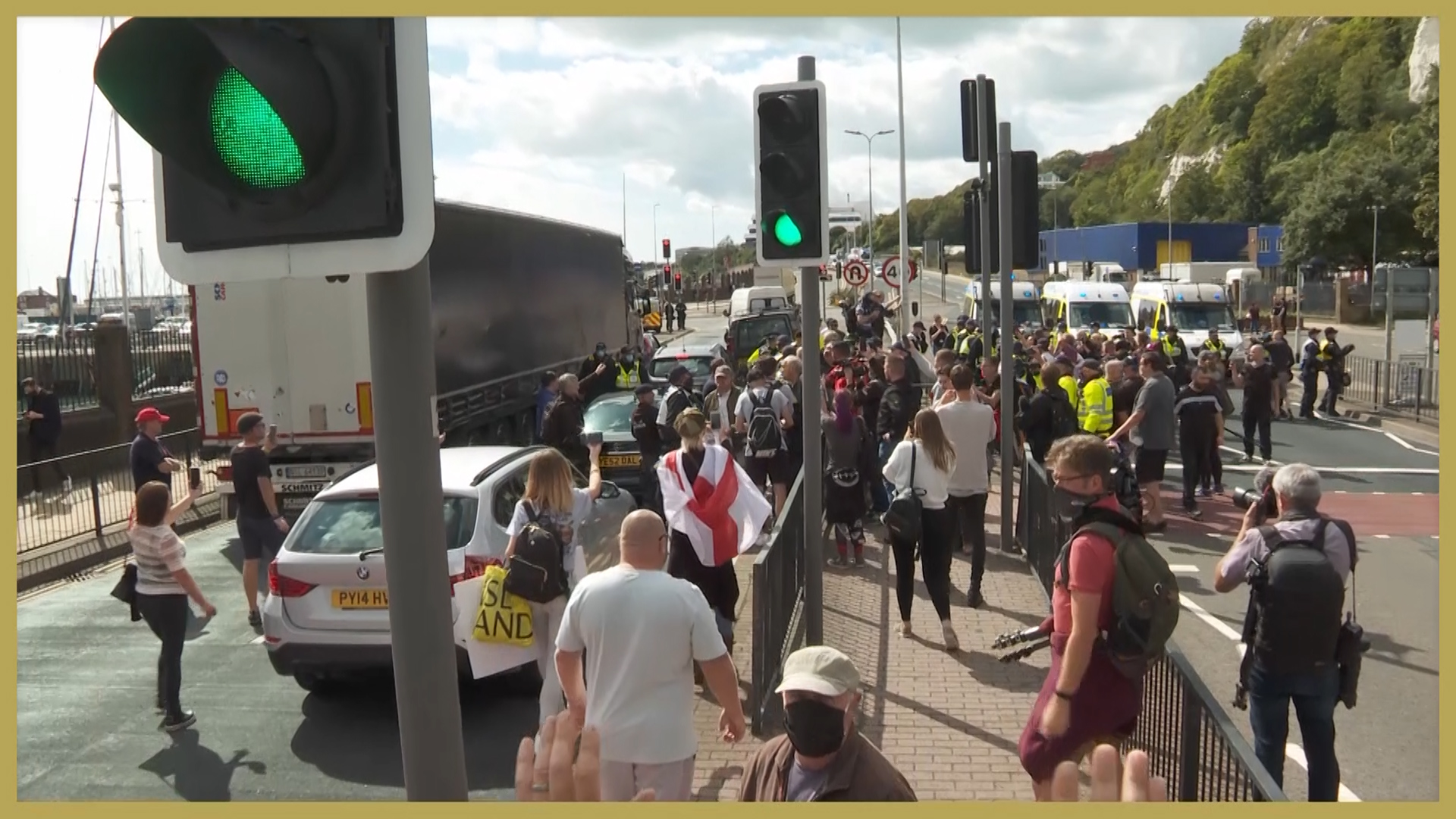 The coronavirus pandemic seemed to have put the world on hold for a while but those issues that have divided some in Britain haven't gone away. Dover has long been a flashpoint for one of the most divisive issues of all - migration.

On some days this summer, migrants have been smuggled across the English Channel in record numbers to claim asylum in the UK. The topic has once again risen to near the fore of the nation's politics.

When far-right protesters gathered beneath the white cliffs of this famous port city south of London, they did so all too aware of their reputation among the vast majority of the general public.

"Don't use violence," called one of the leaders of the demonstration through a loudspeaker as he arrived. By fault or design, though, as they called for the boats to stop - they did so in the middle of the town's main transit route, the A20.

When police tried to move them aside, tempers frayed, scuffles ensued, and 10 arrests were made.

There were extremists among this group. That was clear from some of the views they so vocally expressed about the threat they perceived and the measures they see as appropriate to handle it.

David Moreland had travelled from Norfolk to take part but stood on the sidelines openly criticising the actions of most of the demonstrators. Nonetheless, the former UK Independence Party candidate said, "The people of Britain quite rightly believe this country is under invasion."

That may be a minority view. But there's no doubt Britain has divisions over how to handle the continuing movement of the millions seeking a better life in Europe.

Across town an hour before, a counter-demonstration took place, organised by those who advocate a more generous UK asylum policy. "It grieves me greatly," one of those who had gathered in Dover's market square amid a heavy police presence said, "to see the stupid rhetoric of people who should know better."

Officers appeared to have kept the two sides apart successfully throughout a day in which tensions ran high. The Conservative MP for Dover, Natalie Elphicke, had pleaded with demonstrators not to gather because to the coronavirus pandemic. Indeed, turnout was just a few hundred people on each side. That may have made the crowds easier for law enforcement to manage.

What is clear is that this issue evokes strong emotions.

READ MORE: Why are migrant and refugee numbers falling in Europe?