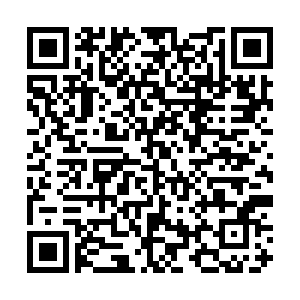 HONOR, a smartphone company owned by Huawei Technologies, has launched a line of new products, including a watch designed for "urban adventure," a laptop with a camera in the keyboard and a new vacuum cleaner.

The company also claimed to have had rapid growth since 2019.

"Although 2020 has been a very challenging year, HONOR insists on bringing unrivaled products at unbeatable value to global users," George Zhao, the president of HONOR, said at the launch.

"And [we] received overwhelming responses from [our customers]."

• 5G smartphones to capture half of the global market by 2023: Report

In the international market, it had a 287.9 percent growth in laptop shipments between the first and second quarter of 2020, despite the pandemic shrinking the global market.

The launch was live-streamed as part of the IFA Global Press Conference and would have taken place in Berlin if it wasn't for COVID-19. 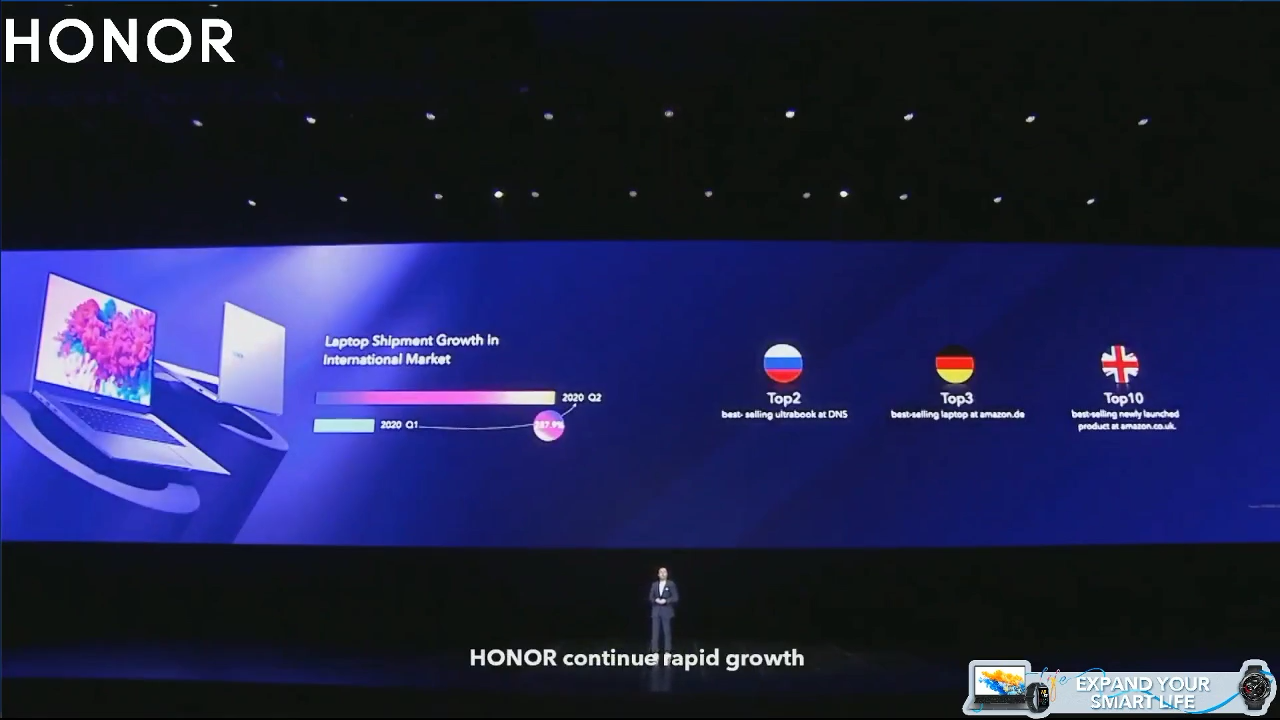 One of the company's new products, the HONOR watch GS Pro, will cost $269. It will be released on 7 September in select countries.

The GS Pro was also designed for outdoor use, with settings for hiking, swimming and skiing.

Ferhat Akbay, HONOR Germany's marketing director, said the watch was aimed at "more adventurous" customers. He added that the watch has a battery life of up to 25 days. However, that decreases to four days if a customer uses the outdoor mode continuously.

Notably, the watch has its own GPS navigation system for hikers and has a "route back" feature, in which the watch "remembers" a hiker's route so it can navigate them back to their start point without a smartphone connection. 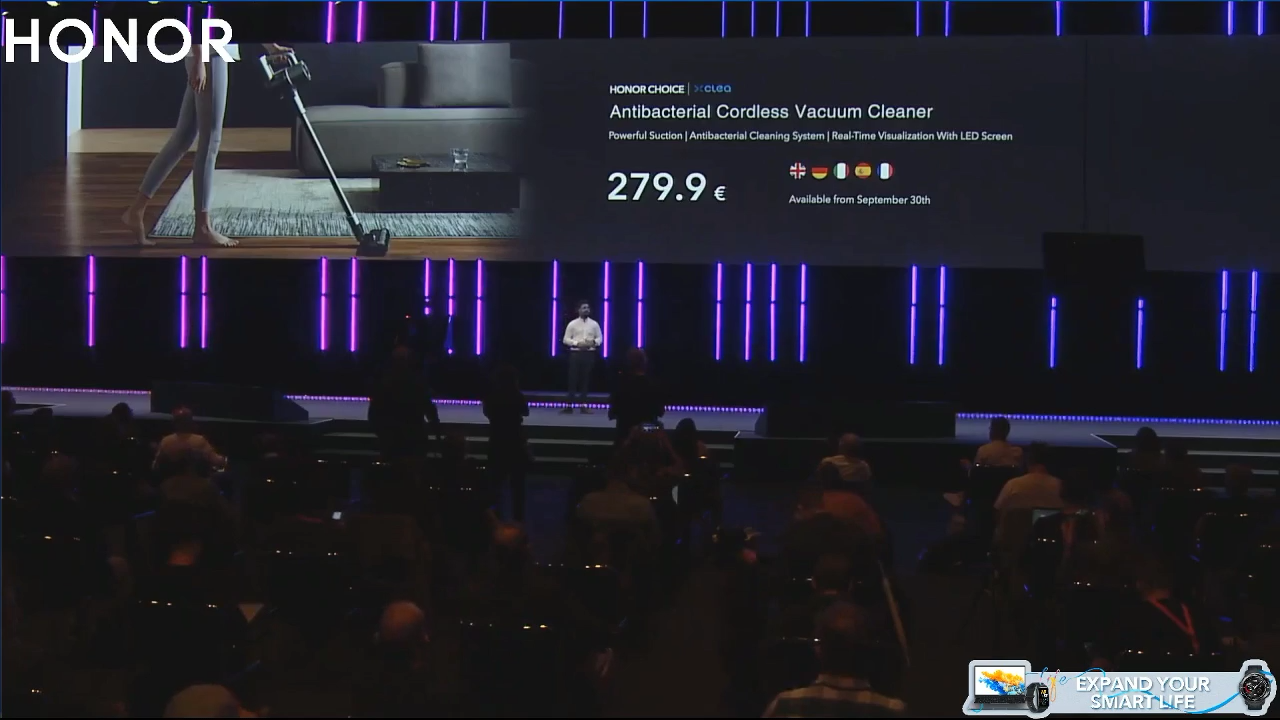 HONOR's new vacuum cleaner will be available in select countries on 30 September. /HONOR/

HONOR's new vacuum cleaner will be available in select countries on 30 September. /HONOR/

HONOR also released the MagicBook Pro which has a 16.1 inch display and a 90 percent screen-to-body ratio.

The company claimed that it achieved this by putting a pop-up camera in the keyboard instead of the computer screen. The camera can be put away when not in use.

"A lot of us are working from home at the moment ... so the camera is only accessible as and when you need it, helping you maintain your privacy," said Ali Qureshi, who works for product marketing in HONOR's UK office.

The laptop will cost $1,066 when it is released in select countries, including the UK and Germany, on 7 September.

HONOR's other laptops, such as the MagicBook 14 and 15, will either be released on 21 September or in October.

In addition to these products, HONOR also announced the launch of an antibacterial cordless vacuum cleaner for $332, a percussion massage gun for $201 and a sonic electric toothbrush for $83.