Not just an urban legend: Heart of Belgian city mayor dug out of fountain
Giulia Carbonaro 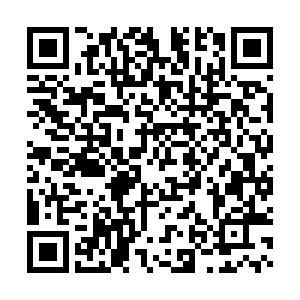 For more than a century, a spine-chilling story has circulated through the residents of the Belgian town of Verviers – that inside Fountaine David, was buried the heart of Pierre David, the city's first mayor, to whom the fountain is dedicated.

On 20 August, the construction workers busy on the renovation of the fountain discovered that the legend was, in fact, true. Inside the fountain, hidden close to the bust of David, the workers dug out a rusted metal cage containing the heart of the mayor, preserved in a jar of alcohol. The casket containing the mayor's heart was found inside the fountain, near the bust of Pierre David. /Ville de Verviers/verviers.be

The casket containing the mayor's heart was found inside the fountain, near the bust of Pierre David. /Ville de Verviers/verviers.be

• Welcome to Copenhagen's Museum of Happiness

Pierre David, born in 1771, lived through first the French occupation of his city and then the Dutch one. He was a known Francophile and was well-loved and respected by all his fellow citizens. He was appointed mayor of Verviers in 1830, the first mayor of the city after Belgium claimed independence the same year.

The Belgian statesman died in 1839 at the age of 68 and in the same year, city officers suggested – with the approval of his family - that his heart be removed and sealed inside a monument dedicated to the deceased mayor. The monument was only inaugurated years later – according to the engraving on the casket, the heart of the mayor was placed inside the fountain in 1883.

The casket containing the mayor's heart will be exhibited at the Verviers Museum of Fine Arts, where curious residents will be able to finally see this legend come alive.