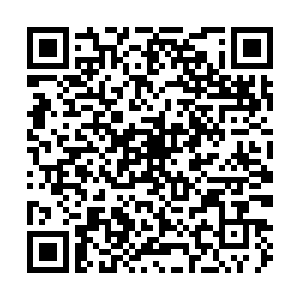 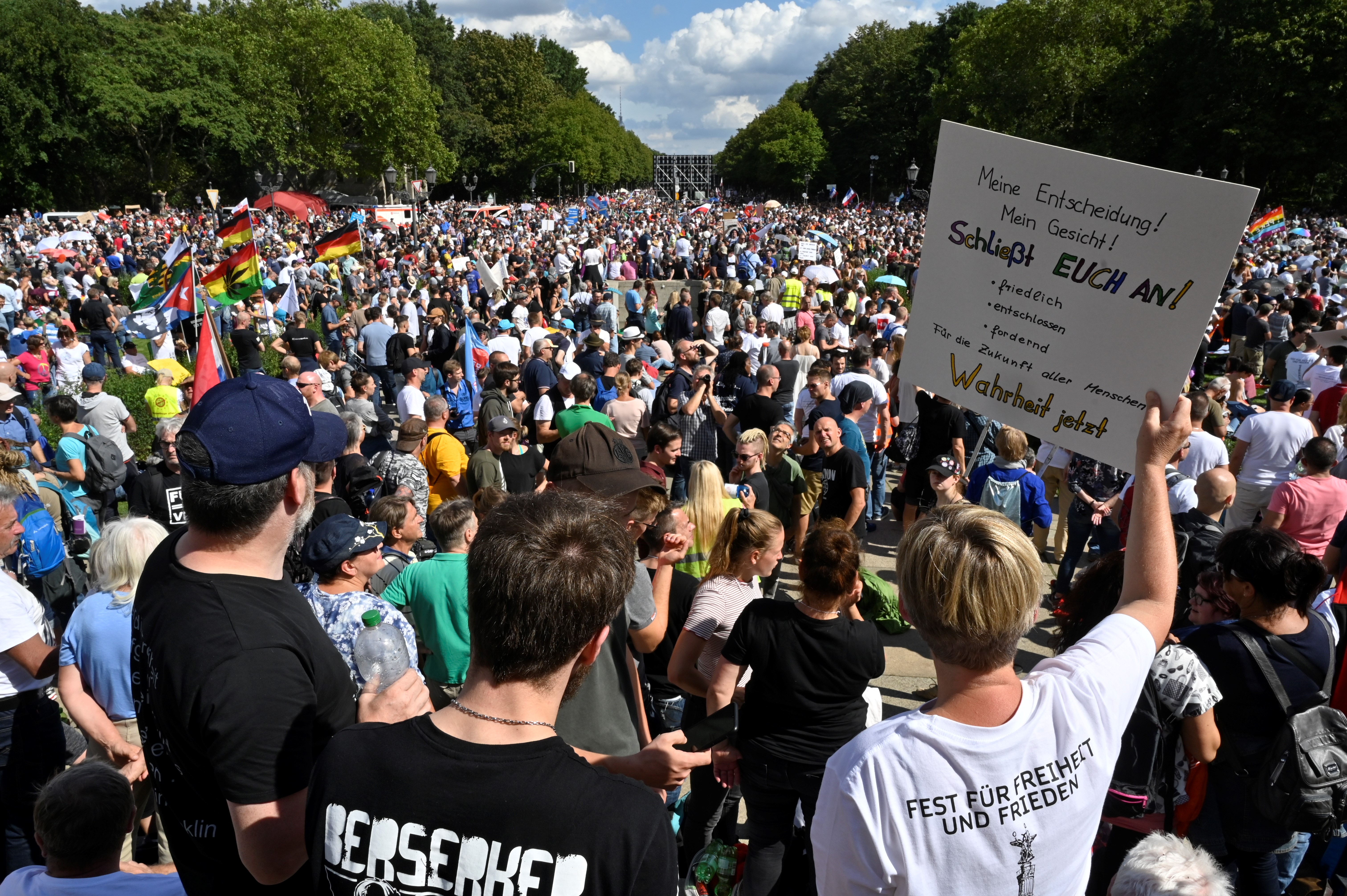 - More than 25 million people around the world have been infected with COVID-19 and 842,702 have died, according to data from Johns Hopkins University. The number of cases includes more than 5.96 million people in the U.S., more than 3.84 million in Brazil and 3.52 million in India, the three most affected countries. On Sunday, India reported the highest single day rise in cases, passing the record set by the U.S. in July.

- Far-right extremists attempted to storm the German parliament building, Reichstag, on Saturday following a mass protest against the country's COVID-19 restrictions in Berlin. Around 38,000 people gathered in the capital to protest against COVID-19 measures such as the wearing of face masks and social distancing. Some 300 demonstrators were arrested by German police in the city and pepper spray was used by forces to prevent them from entering the government building. Signs of the far-right and Nazi symbols were also visible at the demonstrations. Protests also took place in the UK, France and Switzerland. Placards could be seen such as those which read "masks are muzzles" and "No more lies, no more masks and no more lockdown."

- France reported 5,453 new confirmed coronavirus cases on Saturday. The country's health ministry said that the situation is "worrying" following a spike the previous day when the country recorded its highest number of cases since mid-March.

- The UK recorded 1,108 new COVID-19 cases in a 24 hour period, according to the government on Saturday, down from the figure recorded on Friday.

- In Germany, the number of confirmed cases has increased by 785 to 241,771 according to data from the Robert Koch Institute (RKI) on Sunday. The reported death toll rose by six to 9,295.

- Spanish police have arrested a man who claims the coronavirus pandemic is a hoax for inciting hatred and violence across several anonymous social media accounts. The 38-year-old claimed health professionals and the media were behind what he referred to as a "Covid farce." Police say that he encouraged his followers to attack politicians and journalists.

- Russia's COVID-19 tally approaches one million. On Sunday, the country reported 4,980 new COVID-19 cases, pushing the country's confirmed tally up to 990,326. The country's authorities also say 68 people have died after contracting the virus over the last 24 hours. The official death toll is 17,093.

- The University and College Union (UCU) has warned that reopening universities in the UK could spark a second wave of COVID-19 unless they switch to remote learning. UCU general secretary Jo Grady said the mass movement of approximately one million students "could lead to universities being the care homes of any second wave of Covid." 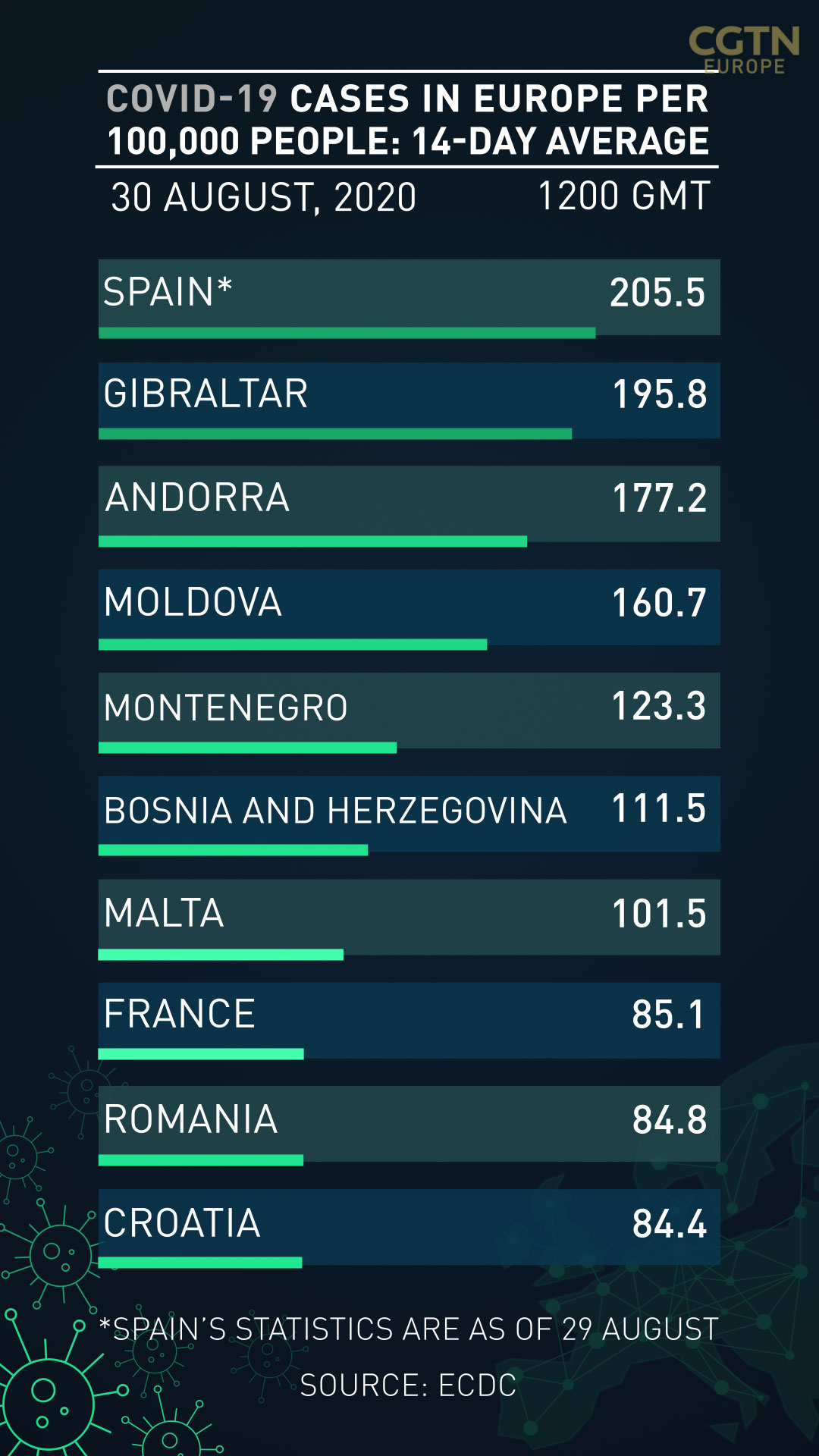 The UK's education minister has written to parents across England urging them to send their children back to school this week and said it will hurt their "life chances" if they don't return to classrooms.

Millions of pupils are set to go back to school in the coming days but some parents, students and teachers have raised concerns about the safety measures in place to stop the spread of COVID-19.

The situation hasn't been helped by the recent fiasco around examinations, which mounted pressure on Gavin Williamson to resign.

And Prime Minister Boris Johnson is also facing criticism of his handling of the pandemic. A senior Conservative party colleague has said the government's continuous "U-turns" on coronavirus policy is damaging the party as well as the government's leadership. 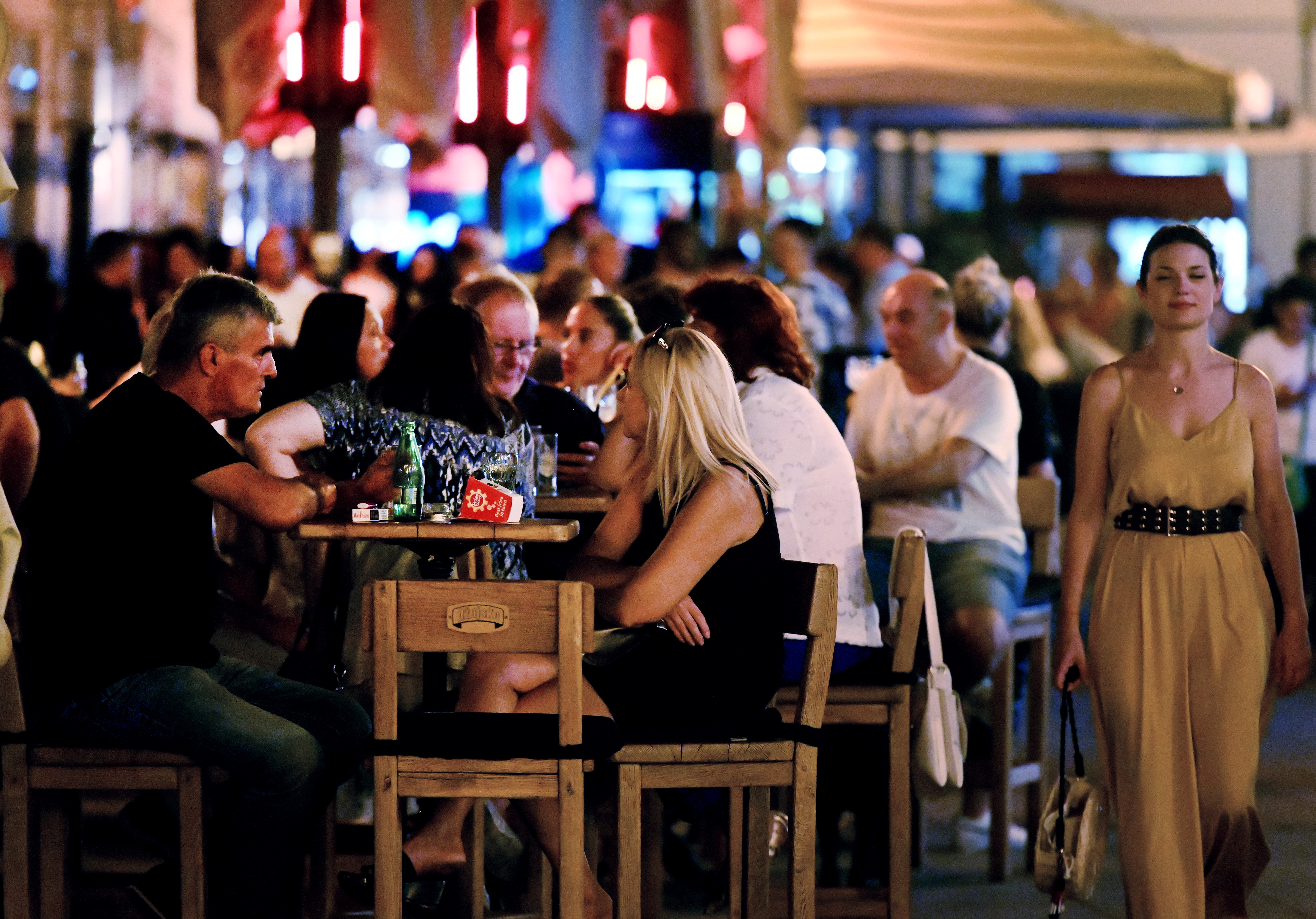 People sit in bars and restaurants in downtown Zagreb, Croatia. There has been an increase in the number of people infected with coronavirus in the country. /Denis Lovrovic/AFP

People sit in bars and restaurants in downtown Zagreb, Croatia. There has been an increase in the number of people infected with coronavirus in the country. /Denis Lovrovic/AFP

Hundreds of people took to the streets of Paris on Saturday afternoon to protest a new government mandate requiring masks be worn in all public places. The restriction came into force on Friday. Police were on hand and quickly doled out $160 fines to people not wearing a face covering.

Meanwhile, it's day two for the Tour de France. The legendary race was delayed two months because of the pandemic. Crowds have been limited -- just 100 spectators were allowed at the kickoff - and cyclists will be tested on a regular basis. It's uncertain whether the 3,500km race will end as planned in three weeks' time. Organizers say they will cancel the competition if an outbreak occurs among participants. 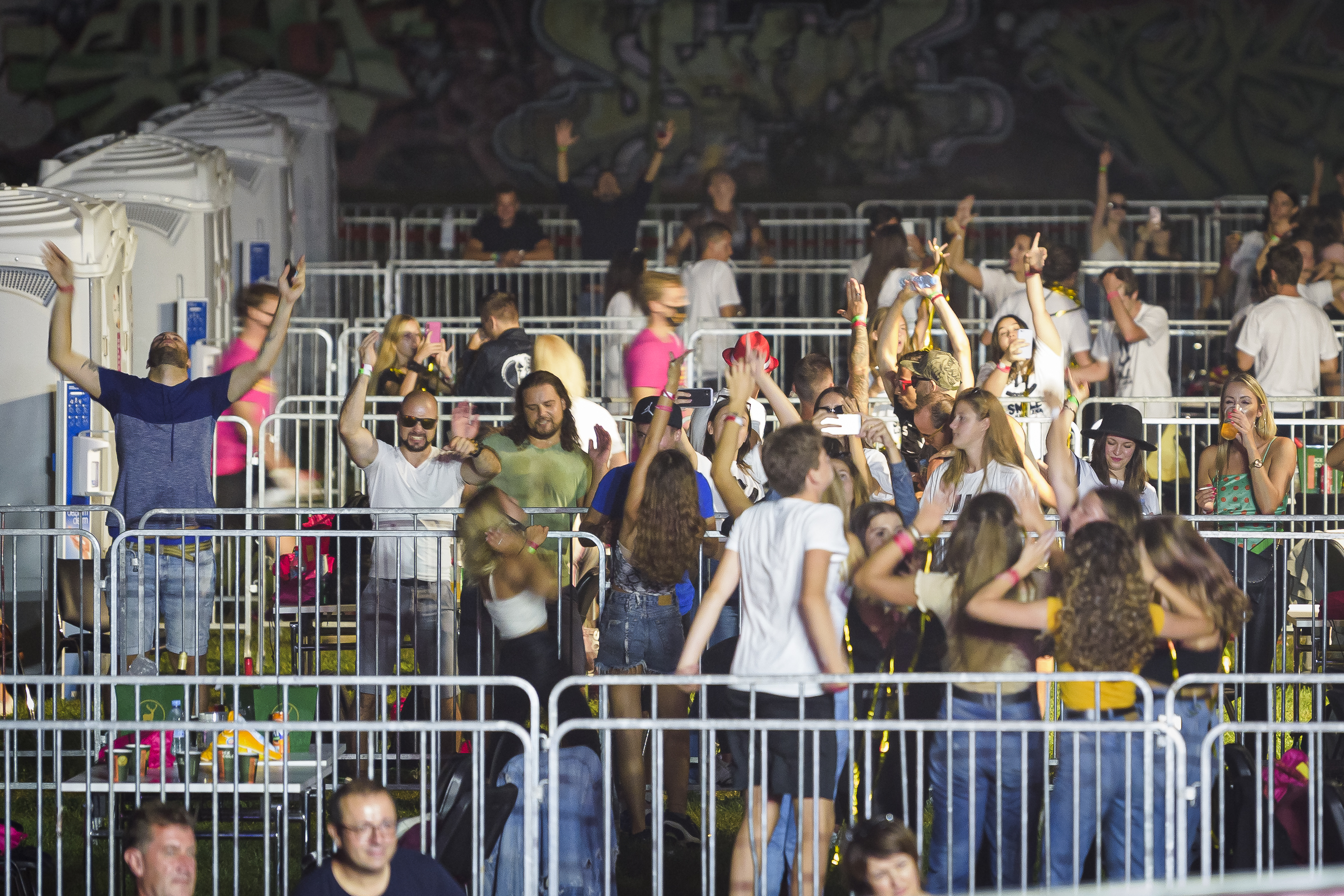