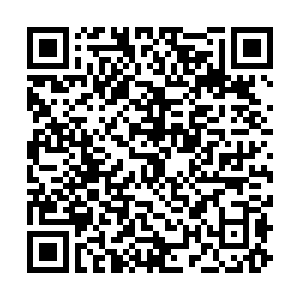 - World record sprinter Usain Bolt has tested positive for the virus after celebrating his 34th birthday last week. The eight-time Olympic champion is self-isolating in his home in Jamaica.

- British drug maker AstraZeneca has begun testing a new COVID-19 vaccine. The test will be carried out on up to 48 healthy participants between the ages of 18 and 55 to determine whether it's safe and tolerable.

- Portugal Prime Minister Antonio Costa met with a doctors' representative on Tuesday to apologize for calling a group of doctors who were sent into a virus-stricken retirement home "cowards."

- Finland’s airline Finnair announced it is to cut 1,000 jobs as it continues to struggle during the pandemic.

- Around six percent of residents of Bad Feilnbach, a town that was hit hard by the virus, had developed antibodies to COVID-19, according to the Robert Koch Institute.

- Hungary’s Wizz Air has said it is confident its pre-arranged expansion in the UK would still go ahead, despite government quarantine rules.

- Germany has urged its citizens against all non-essential travel to Paris and the French Cote d’Azur region amid a rising number of infections there.

- Europe’s football governing body UEFA has ruled that Slovakian team Slovan Bratislava and Kosovo’s FC Pristina have forfeited their respective European qualifying matches that were called off after outbreaks of the virus at both clubs.

- It has been recommended that secondary school pupils in Scotland wear face coverings in all school communal areas and on school transport. But the country’s education secretary John Swinney said no one should be sent home for not wearing one.

- Germany’s economy contracted by a record 9.7 percent in Q2 as the country continues to struggle amid the pandemic. Our revenue has decreased considerably, and that is why we simply must adjust our costs to our new size
-  Topi Manner, CEO, Finnair after announcing 1,000 job cuts

A new COVID-19 vaccine being developed by Oxford University and British drug maker AstraZeneca could be tested by regulators before the end of the year. The head of the Oxford Vaccine Alliance, Andrew Pollard, told the BBC that if its current trials gather enough information, that could be passed on for regulatory review, which would be needed before any mass roll-out.

New research shows thousands of patients in the UK were infected with COVID-19 in hospitals. The study by King’s College London looked at 1,500 cases of the virus. Although it found one in eight patients contracted it in hospitals, the research said that rate remained low and many of the patients were older or had pre-existing health conditions.

And Britain’s Prime Minister Boris Johnson is facing calls for more clarity on whether teachers should be wearing face masks in schools.

Current guidance in England states they do not have to, but the ASCL teaching union said there was no guidance on what to do when staff did wish to use them. Downing Street has reportedly ruled out a review into face masks.

Germany has added France to its "at-risk" list, warning against "unnecessary tourist" trips by its nationals to the Paris region and the Provence-Alpes-Côte d'Azur region, along with French Guiana – the French territory in South America.

Berlin "urgently" advises against stays in other French overseas territories. This comes after France suffered its fifth-highest day in terms of new infections on Sunday, with nearly 5,000 people testing positive for the coronavirus in 24 hours.

The French government is meeting on Tuesday to discuss the latest on the surge in cases and also the protocols for the new school year, which is scheduled to restart on 1 September. 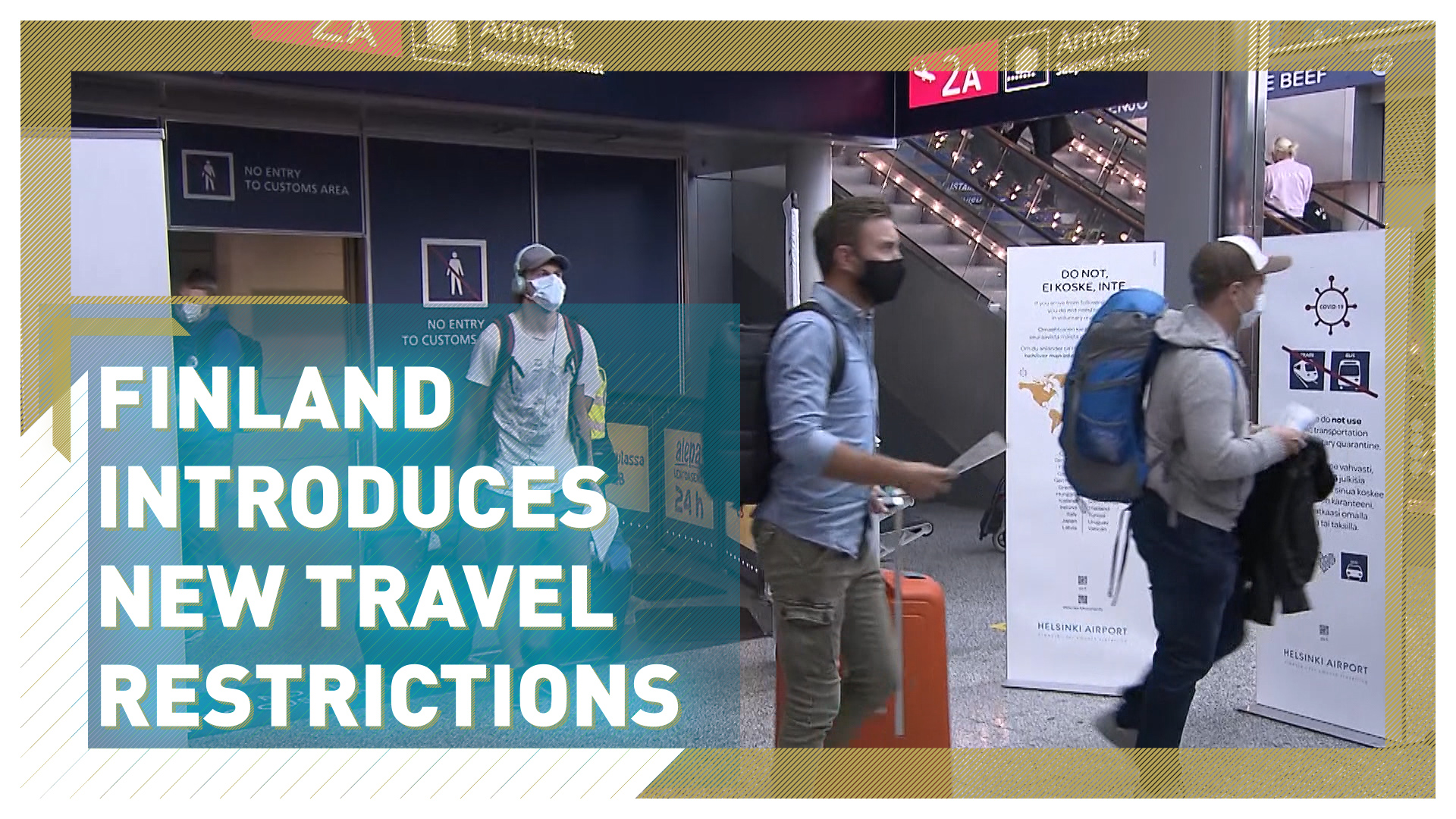 Germany is considering whether to introduce a mandatory five-day quarantine for travelers from high-risk countries, instead of testing them for COVID-19 on arrival.

Currently, people who arrive from what the government perceives as high-risk areas must either present evidence of a negative COVID-19 test, or take a free test upon arrival.

However, that policy could be replaced by a mandatory quarantine after the summer holiday period ends, with authorities saying testing has pushed capacity to the limit.

According to the new policy proposal, the mandatory quarantine would last at least five days, after which people could seek a test and stop isolating if that were negative.

Meanwhile, tourists arriving in Germany from the greater Paris and Provence-Alpes-Côte-d'Azur regions must now be subject to a COVID-19 test and 14-day quarantine.

Those regions, which include tourism hubs on the French Riviera, were added to the German foreign ministry's list of "risk areas" late on Monday evening.

All travel to these areas should be avoided unless the journey is "indispensable," according to the German foreign ministry. 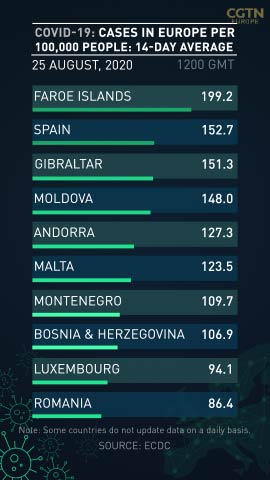 CGTN America: Fauci says rushing out a vaccine could harm testing of others

CGTN Africa: Guinea-Bissau extends state of emergency for another 15 days