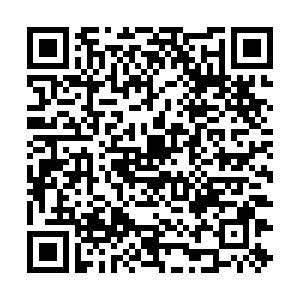 - Italy's government is not considering a new lockdown to slow the spread of fresh cases, the country's health minister, Roberto Speranza, said.

- Face masks will be mandatory for Greece's teachers and students when schools begin to reopen next month.

- Italy has begun the human testing of a new vaccine, developed at the Spallanzani hospital in Rome.

- Sweden is unlikely to have a second wave of COVID-19 in the autumn, admits Anders Tegnell, the country's top epidemiologist.

- Poland's government has insisted schools will reopen next week for the first time in more than five months, despite a recent surge in cases.

- French authorities will reciprocate England's decision to impose a 14-day quarantine on all arrivals from France, the junior minister for European affairs said.

- According to the country's Izvestia newspaper, Russia may announce the resumption of some flights to France, China, Cyprus, Malta and Hungary later this week.

- France posted its highest daily number of new infections since May, after reporting 4,897 cases in the past 24 hours.

- Yulia Tymoshenko, the former prime minister of Ukraine is in a serious condition after testing positive for COVID-19.

- The Greek island of Lesbos has been added to a "heightened" COVID-19 vigilance list after a recent spike in infections.

- Dozens of people were arrested in France's capital Paris on Sunday evening after thousands of football fans set cars on fire and clashed with police following the Champions League final football match between Paris Saint Germain and Germany's Bayern Munich, which Paris lost 1-0.

- Bosnia and Barcelona footballer Miralem Pjanic has tested positive for the virus, the Spanish club announced. 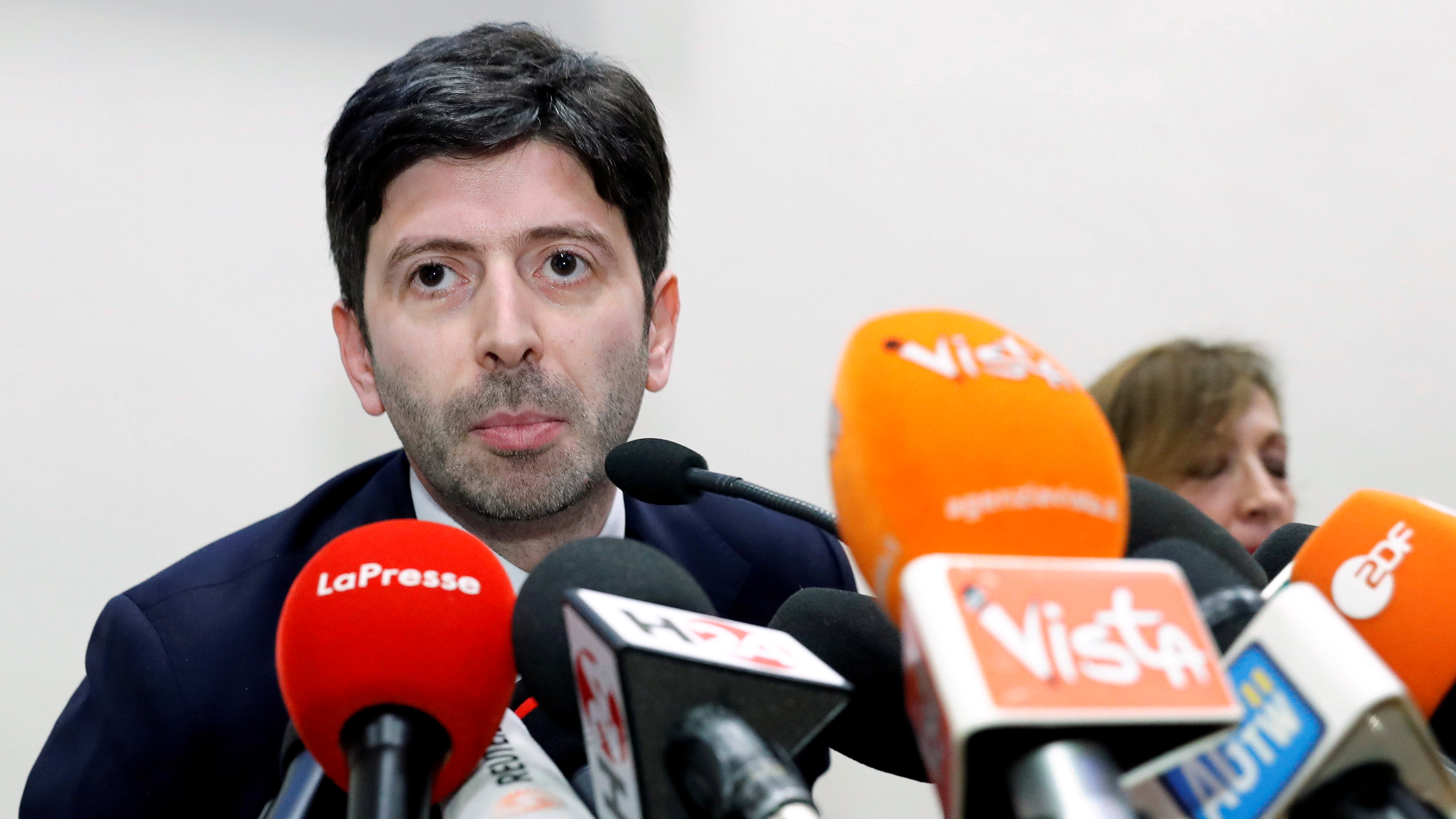 Italy is not considering a second lockdown according to its health minister Roberto Speranza. /Reuters

Italy is not considering a second lockdown according to its health minister Roberto Speranza. /Reuters

We will have a measure called reciprocity, so that our British friends do not close the border in one single way
-  Clement Beaune, France's junior European affairs minister

France has suffered another post-lockdown record, with 4,897 new cases on Sunday marking the highest 24-hour rise in the number of cases since the height of the country's lockdown.

The surge in cases has mostly been registered among the young and, while hospital admissions have risen gradually, there was only one new fatality in the past 24 hours.

The health minister has urged the public to continue to follow strict sanitary guidelines, saying the "epidemic has never stopped ... It was only controlled during lockdown and then gradual deconfinement."

With one week left of the summer holidays and unions still worried about the coming start of the new school year, the president of France's Scientific Council admits there will be cases in schools when term begins.

Jean-François Delfraissy said: "There will be contamination, children will become infected, probably some teachers, too, but we will manage it."

As concerns about children returning to schools in southern Britain persist, teachers have been warned about spreading the coronavirus between colleagues.

Research by Public Health England has revealed that two-thirds of outbreaks came from staff-to-staff transmission, or staff-to-pupil.

The race to produce a vaccine to deal with the virus has taken a political turn.

U.S. President Donald Trump has said he would like to fast-track Oxford University's potential COVID-19 vaccine, which is currently being developed with UK government support.

Trump is keen to authorize the vaccine for emergency use in the U.S. by October, a month before the presidential election. He is currently trailing Joe Biden in the polls.

Research teams in many countries are working on other vaccines, with a Russian group claiming earlier this month that it had developed one.

In response, Thomas Bollyky, director of the global health program at the Council on Foreign Relations said: "It is not hard to develop a vaccine. It is hard to prove that a vaccine is safe and effective. And if countries are only interested in the former they can take short cuts." 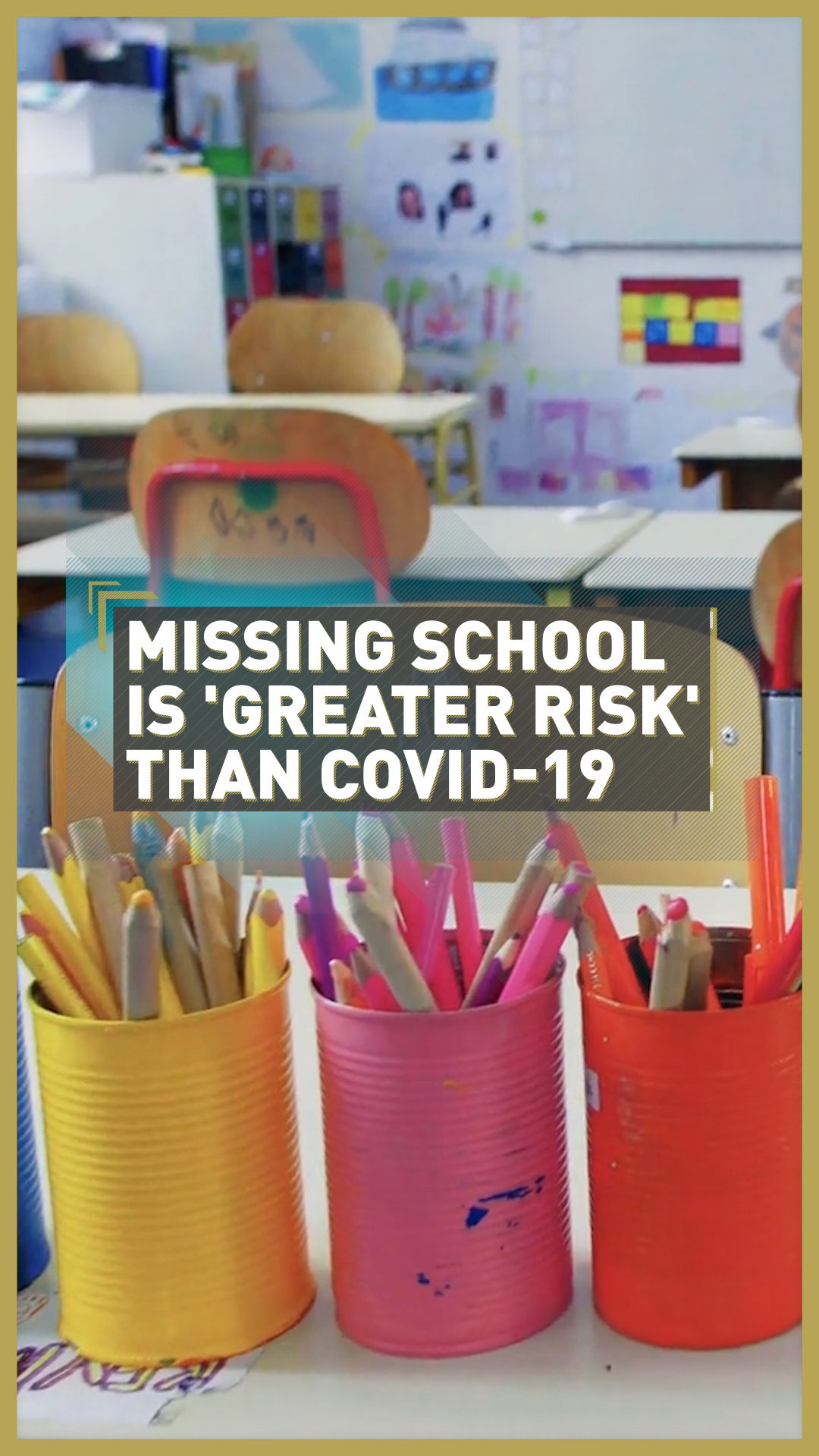 Belgium's COVID-19 restrictions are being eased ever so slightly. Starting Monday, shopping will be allowed in pairs – which could help retailers that have complained of poor sales because people were only allowed to shop solo.

A 30-minute time limit on how long shoppers can remain in a store is also being scrapped.

The easing comes as the number of new infections in the country continues to fall and is now back under the 500-a-day mark.

Cases in the Brussels capital region also appear to be plateauing. Despite the reverse trend, the European Centre for Disease Prevention and Control has designated Brussels a "red zone" after it recorded 120 infections per 100,000 inhabitants in the past two weeks. The rest of Belgium is "dark orange."

Pressure is mounting on EU trade commissioner Phil Hogan to resign after he attended a golf society dinner party in Ireland last week with more than 80 guests, in breach of coronavirus rules.

The dinner was held one day after COVID-19 restrictions were significantly tightened in Ireland.

His attendance has struck a nerve with people who haven't been able to attend funerals or weddings because of the restrictions.

Ireland's agriculture minister and the chair of the Irish upper house, who were also in attendance, have already been forced to resign. For now, Hogan is standing firm, saying he won't step down.

German health ministers are set to meet on Monday to discuss how to limit the spread of the coronavirus, particularly at private parties and other social gatherings.

There is increasing concern over the rise in confirmed cases in Germany, and that has prompted calls to put restrictions on the number of people permitted at private gatherings.

According to data from the Robert Koch Institute (RKI) released on Saturday, the number of confirmed cases in Germany rose by 2,034 over the preceding 24 hours, the highest number since the end of April.

Authorities say private parties and people returning from "at-risk" areas on holiday are currently the main contributors to the spread of COVID-19 in Germany.

In North Rhine-Westphalia, 33 percent of new cases were traced back to people celebrating or meeting friends at home. And in Berlin, as many as 60 percent of infections have been traced to private homes, with either people living together infecting one another, or visitors contracting COVID-19 at parties and family celebrations. 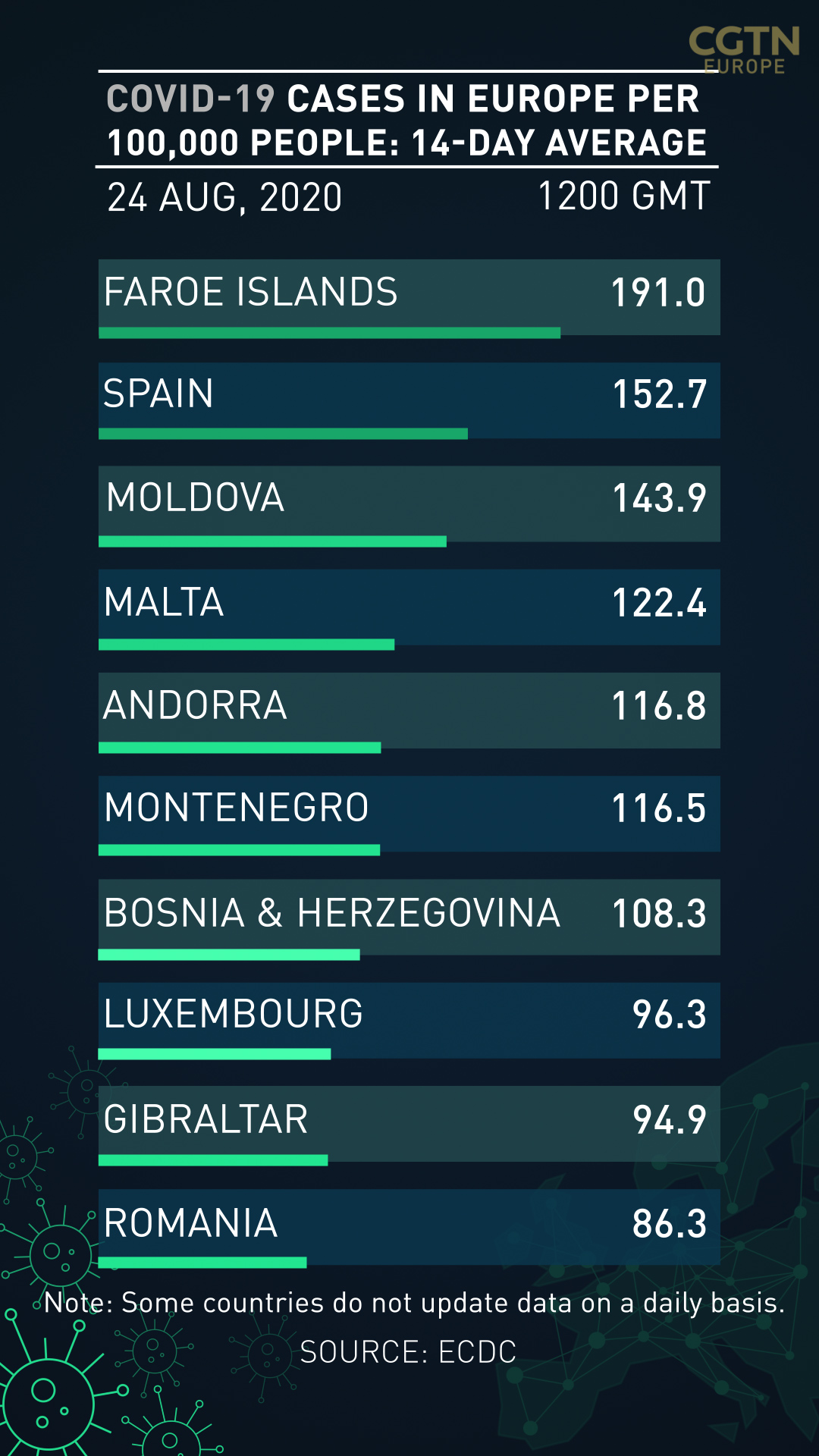