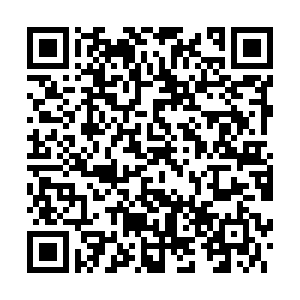 - Cases are continuing to spike around Europe. Germany has recorded 1,510 cases in 24 hours, its highest daily figure since May. Greece also reported its own record daily figure of 269 cases on Tuesday.

- Spain is believed to have had the highest rate of infection in Europe over the past 14 days. There were 132.2 cases per 100,000 people during that period, according to the European Centre for Disease Prevention and Control. The country has also reported 3,715 new cases of coronavirus in the past 24 hours, according to the latest figures published by Spain's health ministry, which is the highest since the days of lockdown in early April.

- Finland has announced that it is re-introducing travel restrictions for a number of countries, including its Nordic neighbors. These include Iceland, Norway, Denmark, Greece, Malta and Germany.

- The Republic of Ireland's cabinet has reversed some of its lockdown relaxation measures because of rising COVID-19 case numbers. Irish health minister Stephen Donnelly said "we are at tipping point," adding that a few weeks ago there were just 61 new cases for a seven day period, but last week there were 533 cases.

- French police say they have arrested 36 people overnight after clashes, notably on the Champs-Elysees, following Paris Saint-Germain's victory in the Champions League semi-final. Thousands of PSG fans, for the most part not wearing masks, paraded down the Parisian avenue in cars and on mopeds and scooters.

- UK inflation rose to its highest level in four months in July, fueled by rebounding oil prices and businesses passing on the costs of the coronavirus pandemic.

- Health misinformation on Facebook was viewed 3.8 billion times in the past year, hitting a peak during the COVID-19 crisis, according to analysis by human rights group Avaaz.

- Slovenia is urging its citizens to return from Croatia by the end of the week or they face an obligatory two-week quarantine following the number of COVID-19 cases rising in the country - 219 new cases have been recorded in Croatia in the last 24 hours.

- Greece has imposed a new set of restrictions on the Aegean tourist island of Mykonos and the northern region of Halkidiki in response to a rise in cases.

- Czechia's health minister Adam Vojtech has said the country will not be involved in the World Health Organization-led COVAX plan to develop and distribute a vaccine against COVID-19.

- The British government says it will aim to test 400,000 people a week in its COVID-19 national testing study, to provide weekly data on the spread of infection and to locate potential local outbreaks. 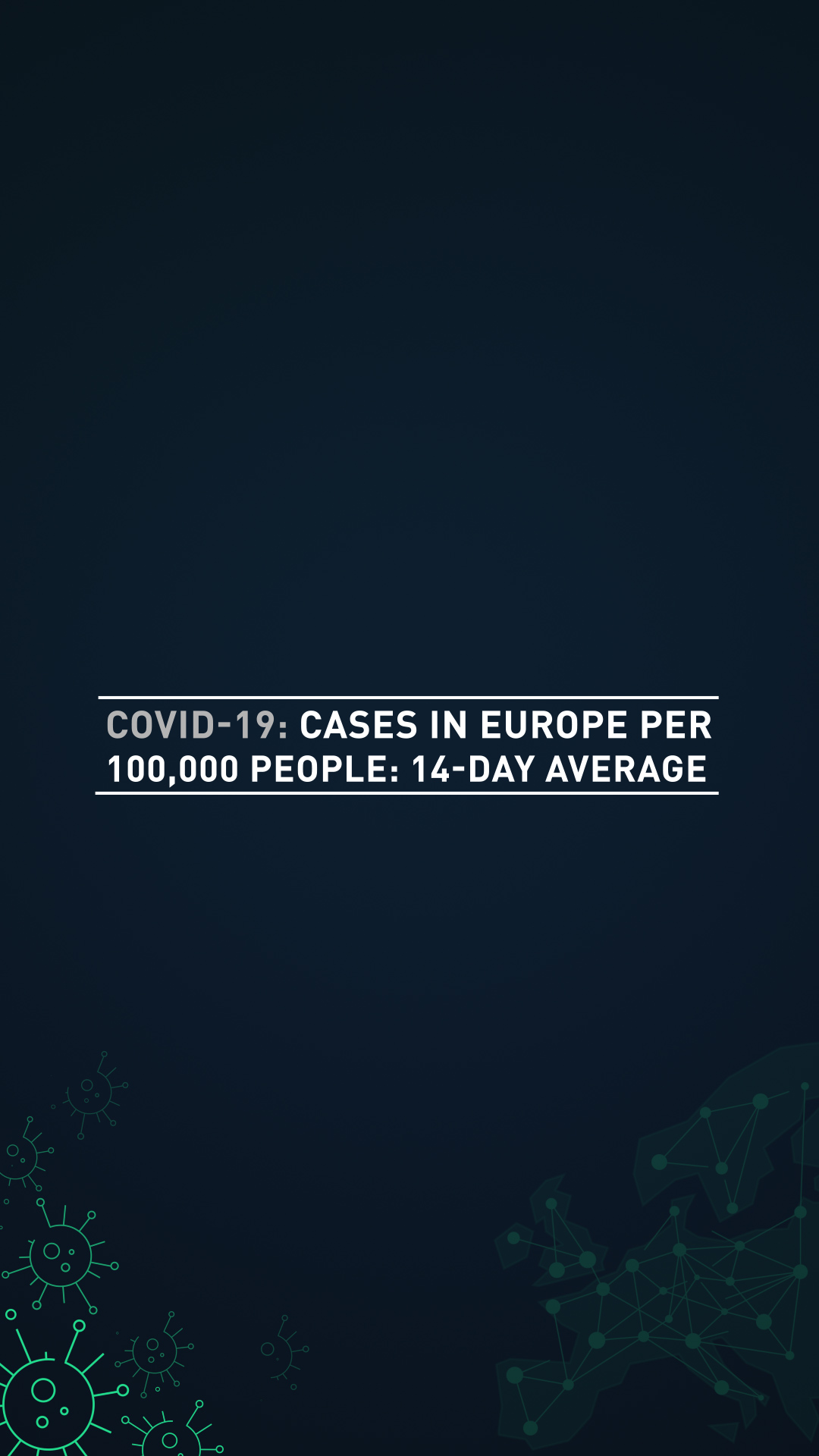 In France, some teachers are asking for a delay to the start of the school year over safety concerns.

The traditional start of the new academic term, or Grand Rentrée, is set for 1 September each year. Union members argue that teachers need more time to prepare for the "not normal" back-to-school period.

The government says three million households will receive a back-to-school allowance, increased by $119 per child this year. The president is determined that the start of the new academic year go ahead as planned.

Emmanuel Macron insists that the government has taken action to support those most in need, saying that "the crisis we are going through must not disrupt the education of our children." 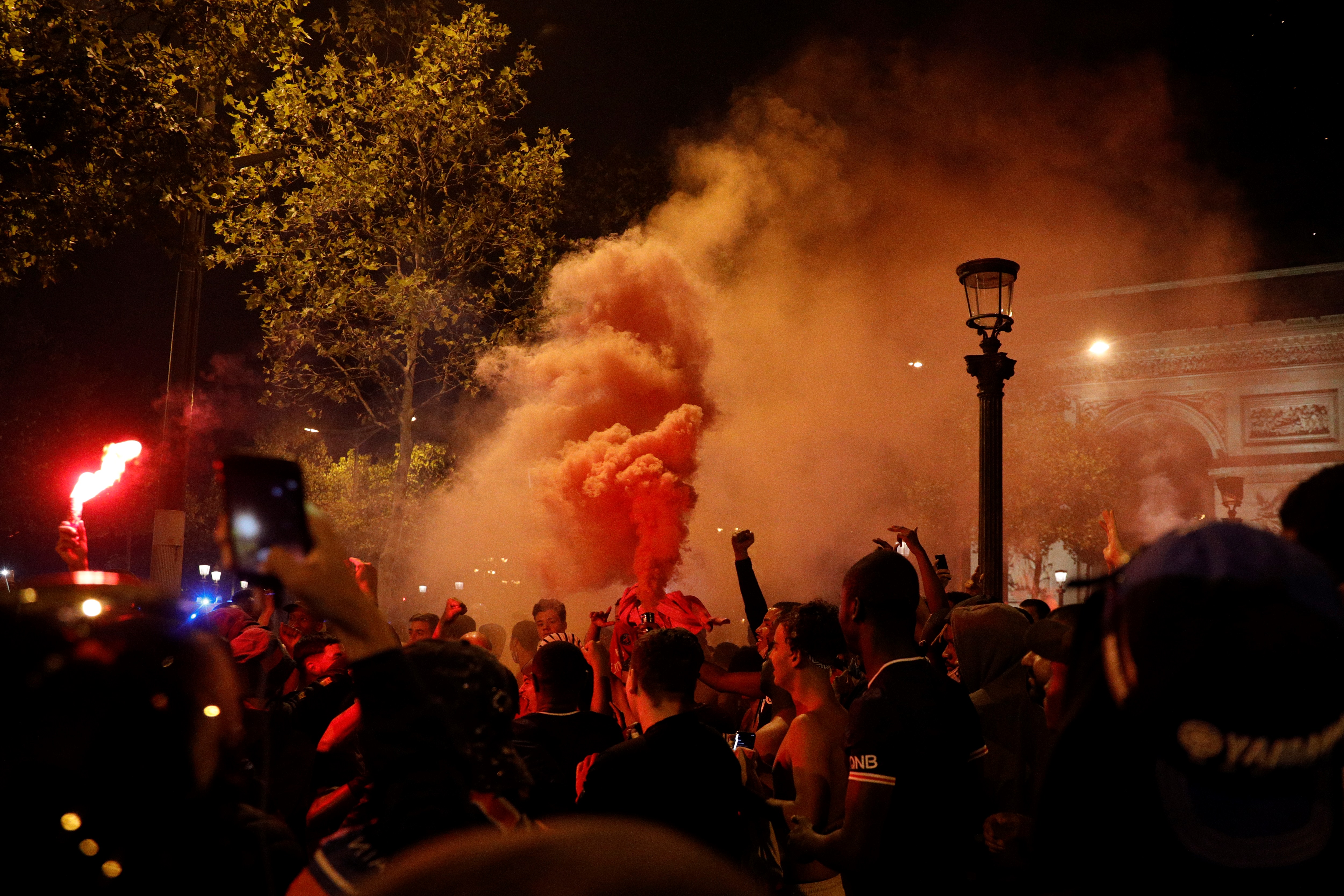 The Brussels capital region continues to bear the brunt of new COVID-19 infections and the poorer neighborhoods are being hit the hardest. Saint-Josse, which is the poorest commune in Belgium, is the worst-affected in the province, with 109 infections per 100,000 inhabitants.

The region's health minister says if the situation in Brussels does not improve, more restrictions will have to be put in place. Masks have been mandatory in all public spaces since last week, but experts say it's not enough.

Meanwhile, the federal health ministry said about 1,500 people are arriving in Belgium from a red zone every day. This requires them to quarantine for 14 days and go for a coronavirus test. But according to minister Philippe de Backer, about half of them are failing to get swabbed.

Germany's Robert Koch Institute continues to report rising coronavirus case numbers, with 1,510 new cases in the past 24 hours recorded on Wednesday, the highest daily rise since 1 May.

"A further worsening of the situation must absolutely be avoided," warns the health agency.

Approximately every third new coronavirus infection is among travelers returning or visiting from abroad, says the institute.

It says since borders were opened, the proportion of registered infections has risen significantly.

At least 28 people have tested positive for coronavirus in a reception center for asylum seekers in Neustadt in the state of Hesse.

The 24 infected staff have been placed under home quarantine, while the four residents and those with whom they have been in contact are being isolated in a separate building. 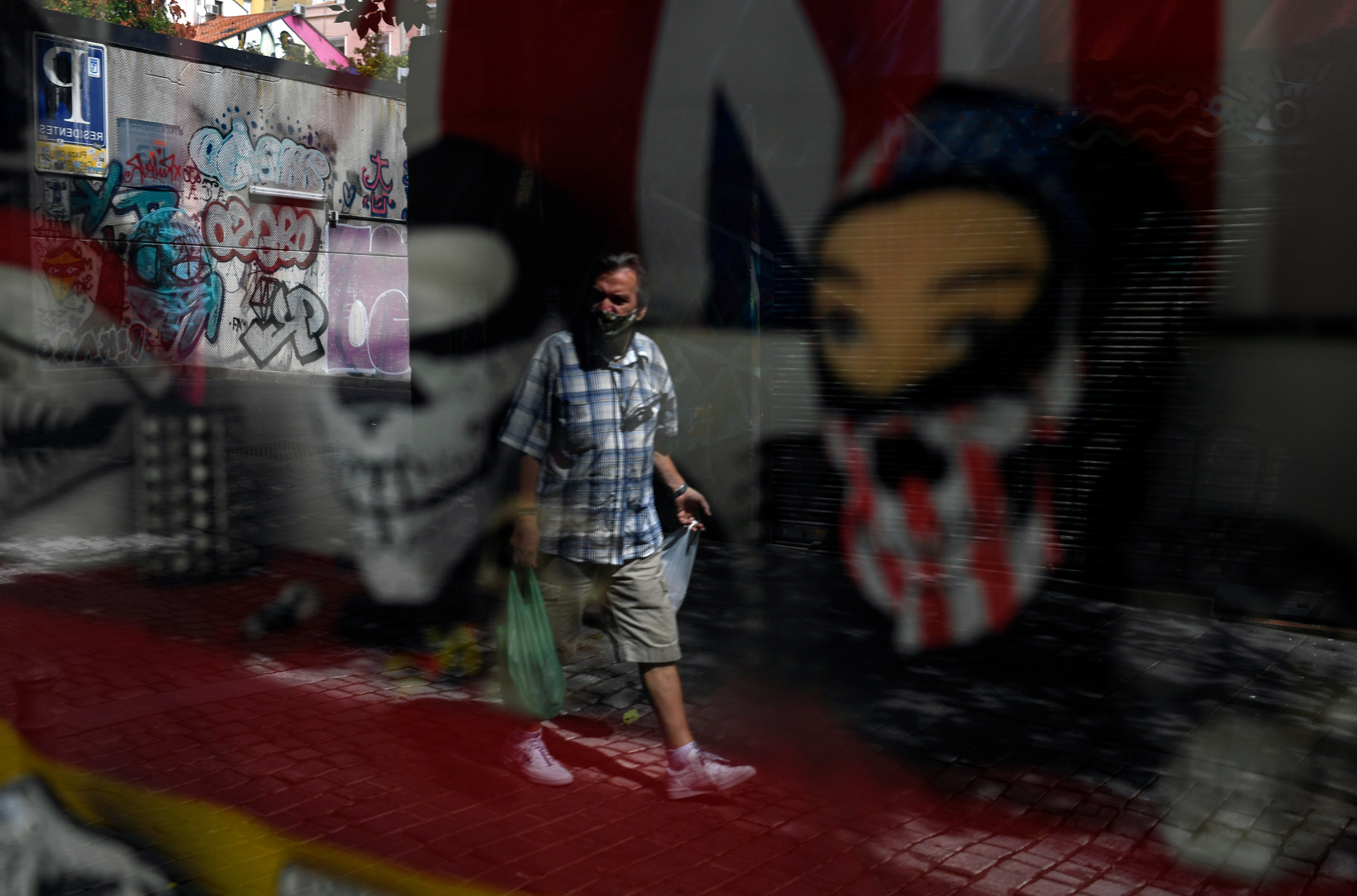 A man wearing a face mask is reflected on a store's window displaying masks in Madrid, Spain. /Oscar Del Pozo/AFP

A man wearing a face mask is reflected on a store's window displaying masks in Madrid, Spain. /Oscar Del Pozo/AFP

During a press conference on Tuesday, Dutch Prime Minister Mark Rutte issued a severe warning to the Dutch: respect the coronavirus measures or prepare for the worst. To stop private parties, people are no longer allowed to see more than six others at home at the same time. Working at home remains the norm, and the quarantine period for infected people will be reduced from 14 to ten days.

The Mayor of Amsterdam announced even tighter measures for the Dutch capital, where infections are rising more quickly than in the rest of the country, and restaurants and bars will be inspected more frequently. After one warning, the establishments can be closed. When people are dancing in a café, the place will be closed immediately for at least two weeks. If the number of infections continues to increase, the mayor can decide to close areas for non-residents.

Samples from sewage water throughout the country will now also be used to monitor the spread of the virus. Research shows that the coronavirus can be found in human stools even before the patient develops symptoms. 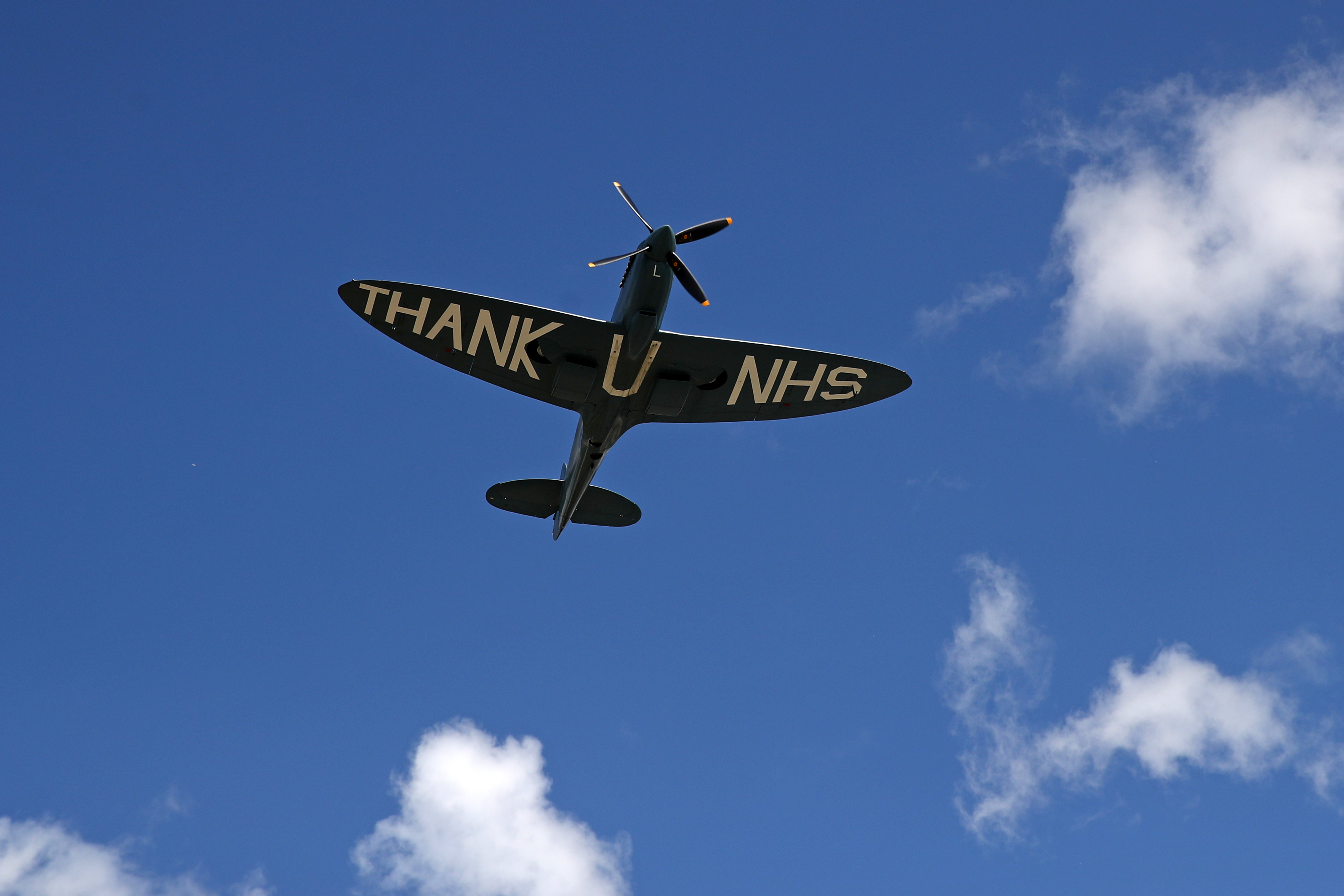 A spitfire performs a fly-past to thank the NHS (National Health Service) ahead of the Formula One British Grand Prix at the Silverstone motor racing circuit in Silverstone, England. /Bryn Lennon/Pool/AFP

A spitfire performs a fly-past to thank the NHS (National Health Service) ahead of the Formula One British Grand Prix at the Silverstone motor racing circuit in Silverstone, England. /Bryn Lennon/Pool/AFP