How close is the UK to its advisers' worst-case COVID-19 scenario?
Andy Murray 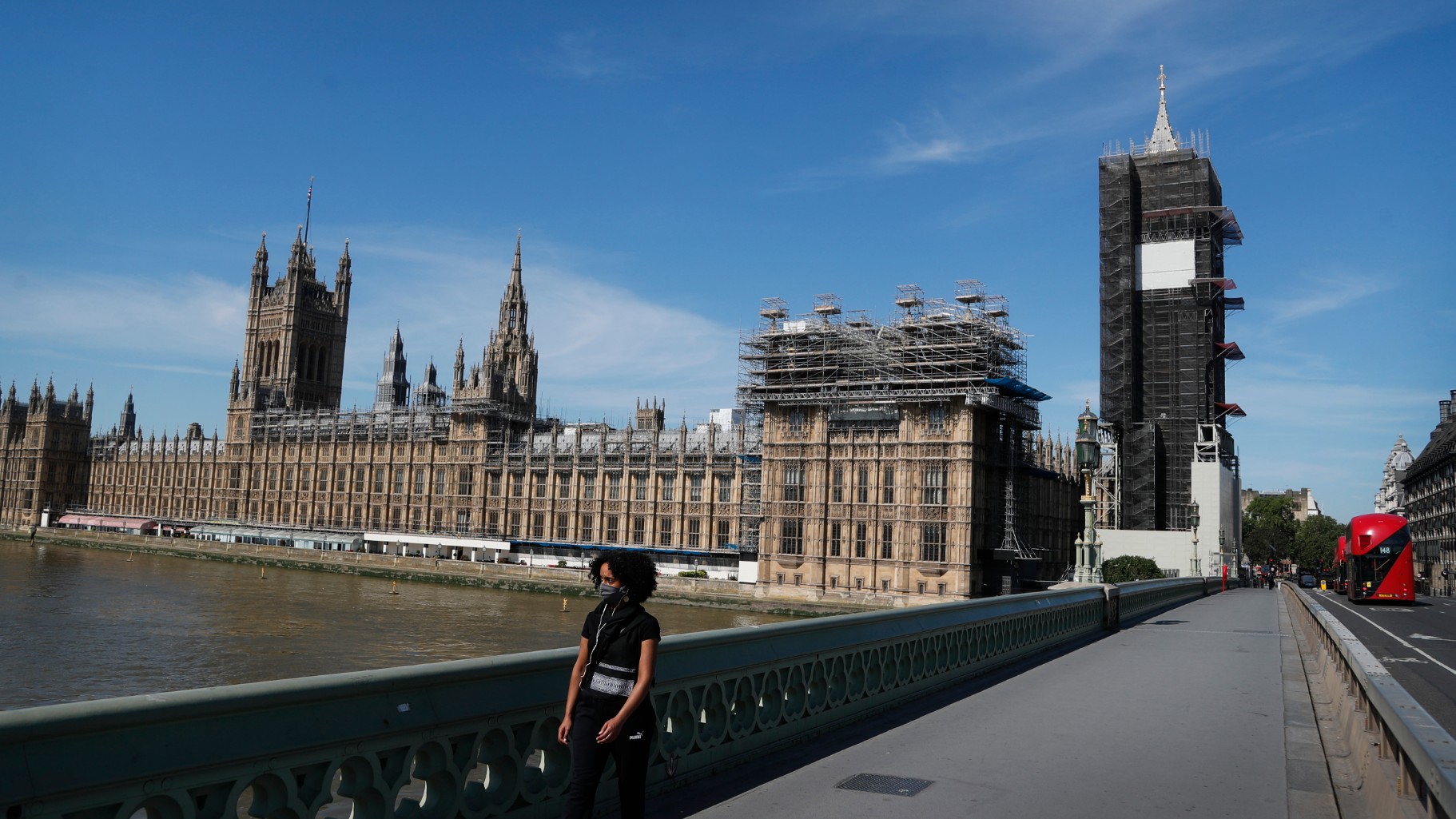 The UK government has been criticized for its handling of the COVID-19 crisis. How does it stack up against its own advisers' scenarios? /Frank Augstein/AP

The UK government has been criticized for its handling of the COVID-19 crisis. How does it stack up against its own advisers' scenarios? /Frank Augstein/AP

There could be about 120,000 new COVID-19 deaths in UK if a second wave of infections strikes this winter, scientists say.

Asked to model a "reasonable" worst-case scenario, the report suggests a range between 24,500 and 251,000 of virus-related deaths in hospitals alone. The peak would be in January and February 2021.

According to official figures, 44,830 people have died with the coronavirus in the UK, but this has slowed – with 1,100 reported fatalities in July. No European country has a higher COVID-19 death toll and the British government has come under heavy criticism for its response to the crisis.

But how do Britain's current figures compare with the best- and worst-case scenarios its own advisory body, the Scientific Advisory Group for Emergencies (SAGE), studied in the immediate aftermath of lockdown in late March?

The paper stresses that it was putting forward "scenarios, not predictions." The best and the worst cases were based on the levels of compliance by people with the lockdown measures that had just been introduced.

By the week beginning 6 July, not long after the March report's contents were made public, the UK had cut its weekly death toll to 599 and so avoided SAGE's worst scenario, which was for 1,900 fatalities for the same seven-day period. 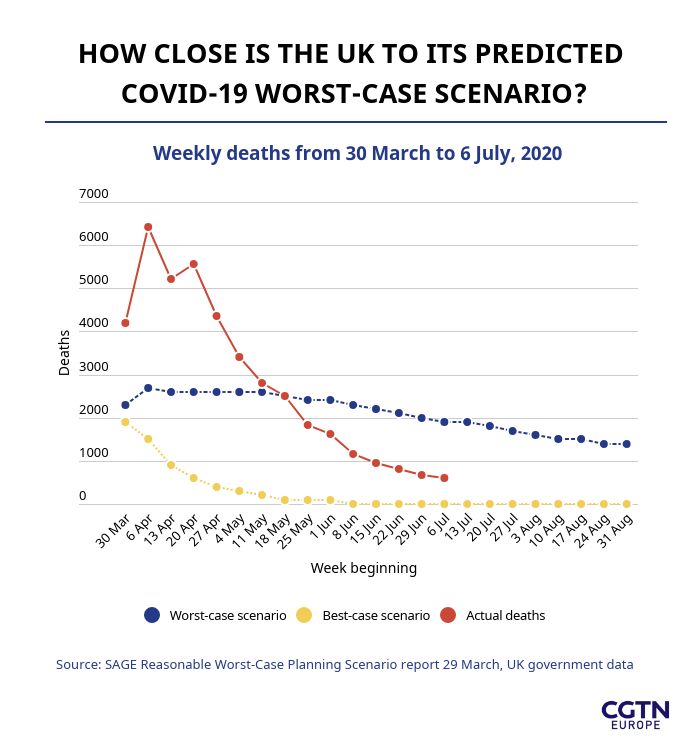 Although the UK's death toll is less than it could have been under the scenario based on many people not complying with social distancing measures, it nevertheless remains significantly higher than the zero weekly deaths identified in the report's best-case scenario produced on 29 March.

It took six weeks from the report's implementation to see results. The peak of the virus came in the week beginning 6 April, when 6,428 people died with coronavirus according the official government figures – 3,728 more fatalities in seven days than SAGE envisaged in even its most pessimistic outcome. 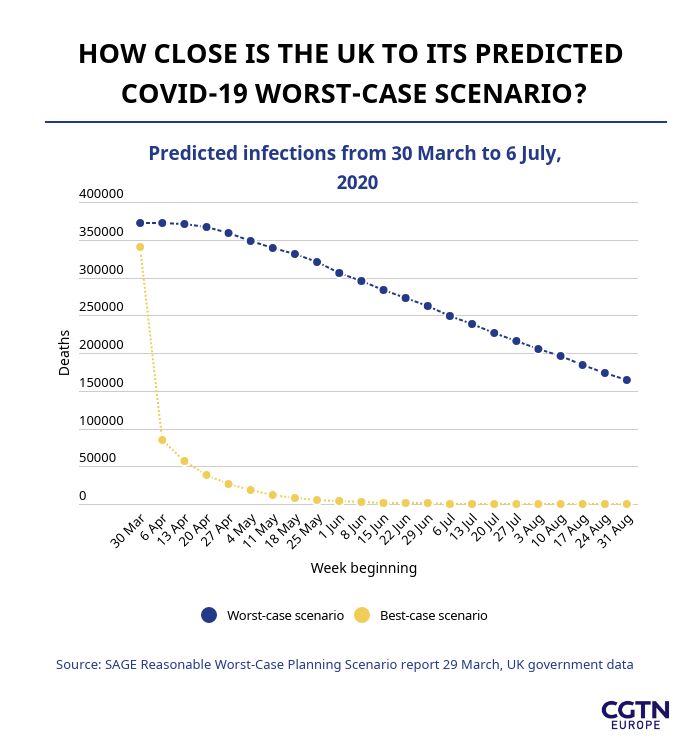 The picture is similar for infections. Although accurate figures that show weekly virus infections, not just those who have tested positive, are harder to come by, latest estimates for England from the Office for National Statistics (ONS) show the UK is performing much better than SAGE's worst-case scenario. England represents 84 percent of the UK's total population.

For the period 22 June to 5 July, the ONS estimated 11,900 extra infections every seven days in England. The best- and worst-case scenarios suggested in March for the same period were as high as 249,500 or as low as 600.