"Overall, maybe 50 percent of those in the tourism industry will not work this year."

That's the rather bleak outlook from Giammarco Giovannelli, the Abruzzo regional president of the Italian Hotel Association.

But today's news, in Europe at least, is dominated by the reopening of popular tourist routes – and the debate over if that's the right call. For another perspective, scroll to our interview with the CEO of London's Gatwick Airport.

If you want something extra to listen to over the weekend, check out CGTN's podcasts. This week on The Agenda Podcast with Stephen Cole we try to make sense of the uncertain future of Brexit in increasingly uncertain times. LISTEN HERE: https://www.buzzsprout.com/921988/4455242-episode-18-brexit-revisited

Politics can get a bit heavy, though, so if you'd rather take your mind off the day-to-day, check out The Razor Podcast, in which Shini Somara and Emma Keeling take you behind the scenes and bring you up to speed on some of the most exciting new science and technology around the world. LISTEN HERE: https://www.buzzsprout.com/925195

Finally, it's World Population Day tomorrow. Now, I'm not sure what that is either, but as I'm sure you'll know by now, this newsletter is Monday to Friday, so we won't have an edition tomorrow. But that means you can scroll down right now to see the 10 largest populations in the EU. These numbers are the latest available, from January 2020.

China's aviation industry suffered a $4.9 billion loss in the second quarter, slightly narrower than in the first quarter, according to data released by the Civil Aviation Administration of China (CAAC) on Friday. In the first quarter, the industry, which includes airlines, airports and other aviation companies, lost $5.4 billion.

More than 1.3 million Americans applied for unemployment benefits last week. The 14th straight weekly decline pushed claims to their lowest level since mid-March when non-essential businesses were closed to slow the spread. States including California, Colorado, Florida, Michigan and Texas have had recent spikes in new coronavirus cases, forcing them to halt the reopening of businesses.

Huawei UK's chief representative, Victor Zhang, said to a UK parliamentary committee hearing on telecoms infrastructure, that according to third-party reviews, "any partial or full restriction on Huawei's involvement in UK's 5G will cause an 18-to-24-month delay of the 5G deployment in the UK."

After a period of consolidation and restructuring, famous Italian fashion house Giorgio Armani returned to sales growth in 2019 – a year earlier than the target set by executives.

Ride-hailing app firm Uber has agreed to pay $3.7 million to Danish authorities after breaking a national taxi law in Denmark since 2014, according to a statement from police in Copenhagen.

Russian diamond producer Alrosa has reported a dramatic drop in profits, linked to the global pandemic. In June its sales stood at $31.3 million, compared with $222 million for June 2019.

Turkish foreign minister Mevlut Cavusoglu said Turkey is "very close" to signing a free trade deal with the UK. It is thought the deal would include manufactured goods, agriculture and services.

Industrial output in Italy rebounded much more strongly than expected in May – with a 42 percent increase, month-on-month. It followed two months of falling output and was described as "encouraging" by ministers.

Danish brewing giant Carlsberg Group posted gains in its stock price today after it announced its losses from COVID-19 would be smaller than previously expected. It expects a 9 percent drop in profits from the first six months of 2020, rather than the more than 20 percent analysts predicted.

For the third consecutive month, Airbus did not sell any aircraft. Avalon Holdings, a Dublin-based lesser, canceled one Airbus A330neo jet. This is its fifth cancellation with Airbus since the start of the COVID-19 crisis.

As societies and economies reopen after months of lockdown, the long-term effect of the pandemic on subscription businesses is only now being realized. One gym firm in the UK, called The Gym Group, said it has lost 178,000 customers in the past three months.

Today, the UK government lifted quarantine restrictions on incoming passengers from around 70 countries and regions – meaning holidaymakers can plan getaways without also having to plan for 14 days isolation.

How will this new stage of lifting restrictions affect Gatwick?

About 75 percent of the destinations that we'd normally fly to are now open for our passengers to travel to and from without the need to quarantine. So it's a really important day for us.

And what actually changes today in terms of flights coming in and out of Gatwick and how will that develop over the coming days and weeks?

Through July and into August, we should steadily ramp up operations at the airport. By the time we get into August, we're expecting to see about 300 to 400 flights every day.

COVID-19 had a massive impact on the aviation industry, how sustainable a business is this for Gatwick long-term?

We're very confident about our medium- to long-term prospects. But right now we're really focused on the rest of this summer. So having our big airlines start flying again is very important to us.

Do you feel that the industry has had enough support from the government to survive this?

We very much welcome the furlough scheme. We have about 75 percent of our staff who are eligible … currently on furlough.

Our next ask of government from a Gatwick perspective is to get the Portuguese market opened up and then all of our major European markets will be operating again.

How do you see the aviation industry in London and the UK changing over the next five years?

London and the South East as a destination appeals to many people right across Europe and the world. Despite the pandemic and despite the curve, it impacts on our business in the very short term. 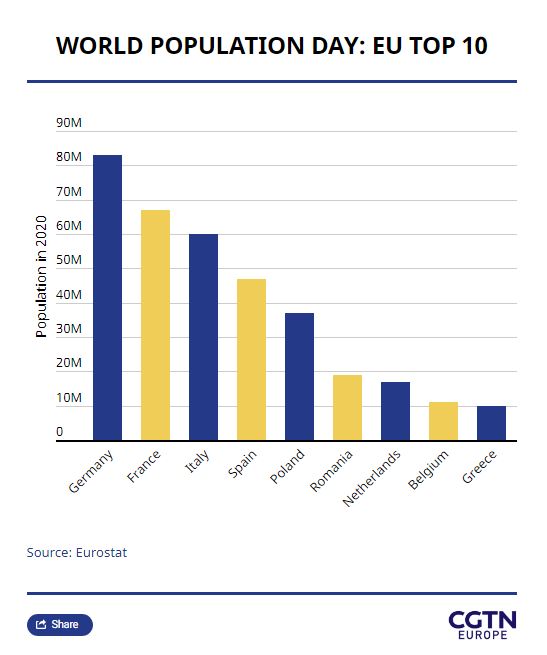