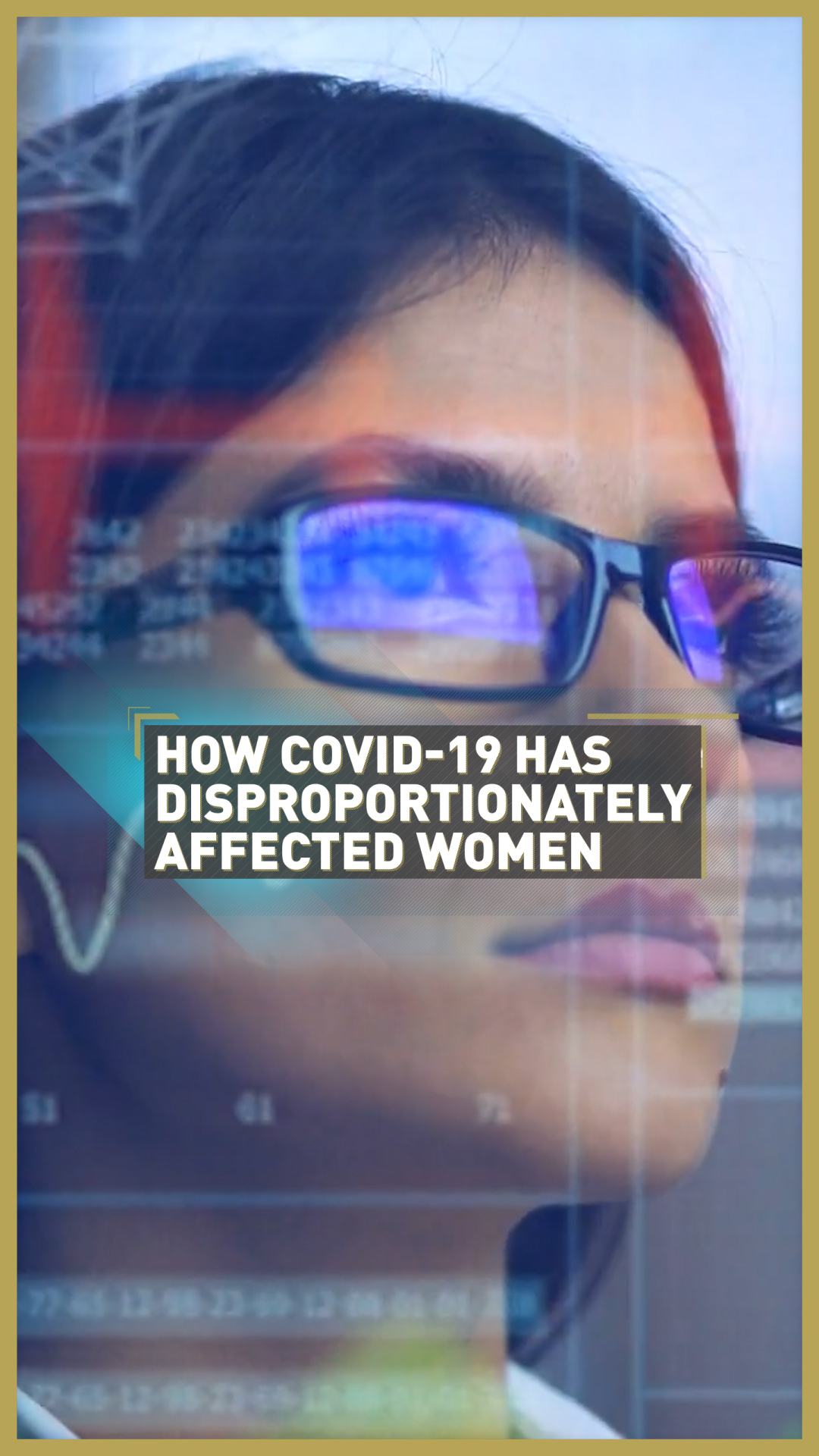 Women have been worse affected by the COVID-19 outbreak and the following economic crisis than men, according to a report from the International Labor Organisation (ILO).

Speaking in Geneva, Guy Ryder, the Director-General of the ILO, said that economic downturns usually affect men more as they "are concentrated in sectors more closely related to the economic cycle," but the coronavirus crisis, which has caused whole sectors to shutdown, has had a more severe effect on women.

"Women are concentrated in those sectors like hospitality, like retail and wholesale, where the pandemic has restricted activity most severely," Ryder said.

The ILO, the United Nations' labor agency, reported that almost 510 million women, or 40 percent of all employed women, worked in the industries hardest hit by the pandemic, compared to just 36.6 percent of men. Women are more likely to work in the service industry, which has been severely damaged across the world during the crisis. /AP Photo/Eduardo Verdugo.

Women are more likely to work in the service industry, which has been severely damaged across the world during the crisis. /AP Photo/Eduardo Verdugo.

The unequal distribution of unpaid care work has also worsened during the pandemic, the report noted, exacerbated by both the closure of care services and schools.

The report's findings will hinder the UN's global goal, adopted in 2015, to achieve gender equality by 2030.

Previous reports have shown that gender gaps in labor force participation rates were slowly narrowing in recent decades, although the gap was still estimated at 27 percentage points in 2019.

"This crisis therefore threatens to nullify women's gains in the labor market along with the positive (albeit slow) changes in the distribution of unpaid care work," the report noted.

The study noted there had been a 14 percent drop in global working hours in the second quarter of this year.

"In the first half of this year, we see the loss of the equivalent of 400 million jobs," quantified Ryder. "I think the essential explanation is because we have seen the effects of the pandemic spread, in particular in the Americas and in the developing world, and this has had these very major consequences."

In the first half of this year, we see the loss of the equivalent of 400 million jobs
-  Guy Ryder, Director-General of the ILO

Countries have attempted to halt the economic damage using various forms of quantitative easing, pumping money into the economy to keep businesses afloat and, in some cases, giving funds directly to citizens.

Ryder noted that the "$10 trillion" spent so far hadn't been spread evenly across the world's economies. Advanced economies were responsible for 88 percent of that spending, while developing economies account for just 2.2 percent.

The report follows the Organisation for Economic Co-operation and Development (OECD) estimating a worst-case scenario of world growth halving from 2.9 percent to 1.5 percent in 2020.

To combat the imbalance, Ryder has called for an international recovery effort, stretching from the most to the least developed of the world's economies.

He said: "Unless we actually inject into these recovery efforts and give these stimulus efforts a much greater degree of international cooperation and solidarity, we run the risk of having a situation where some of the most strongly affected countries least able to deal with this pandemic are going to be left behind.

"And we will all suffer the consequences of that."