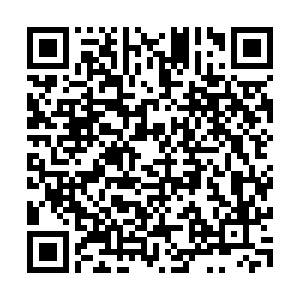 - Thousands of people took to the streets in Czechia's capital Prague on Tuesday evening for a public banquet. The dinner, on a 500-meter table spanning the length of the medieval Charles Bridge, was organized to celebrate the "end of COVID-19."

- Countries within the European Union have started to reopen borders to some nations outside the bloc on Wednesday, after voting on 14 countries outside the EU to be allowed to travel freely. As we reported on Tuesday, the U.S. didn't make the list, meaning its citizens can't travel to Europe for at least the next two weeks.

- Germany has been able to secure enough supplies of remdesivir for now, which is set to become the first COVID-19 treatment approved in Europe, the country's health ministry has said.

- Ryanair's pilots have agreed to take a 20 percent pay cut in a bid to save their jobs. Earlier in the day, the airline's CEO Michael O'Leary said up to 3,500 jobs risk being cut if it cannot agree pay cuts with its staff. Pilots' union Balpa said that 96 percent of its Ryanair members had voted to accept the temporary cut.

- As the UK city of Leicester enters its second day of another lockdown, a virologist has warned the country's citizens to expect more areas to be put under similar restrictions in the future in a move to prevent the spread of the virus.

- Spain's Teatro Real opera house will reopen its doors to the public on Wednesday, becoming one of the world's first opera houses to do so.

- Malta reopened its airport on Wednesday to allow visitors from several European countries including France, Germany, Spain and Italy. Citizens from the UK, who account for 30 percent of the island's tourist arrivals, will not be able to re-enter yet.

- Switzerland's government has decided to impose the mandatory wearing of masks on public transport. 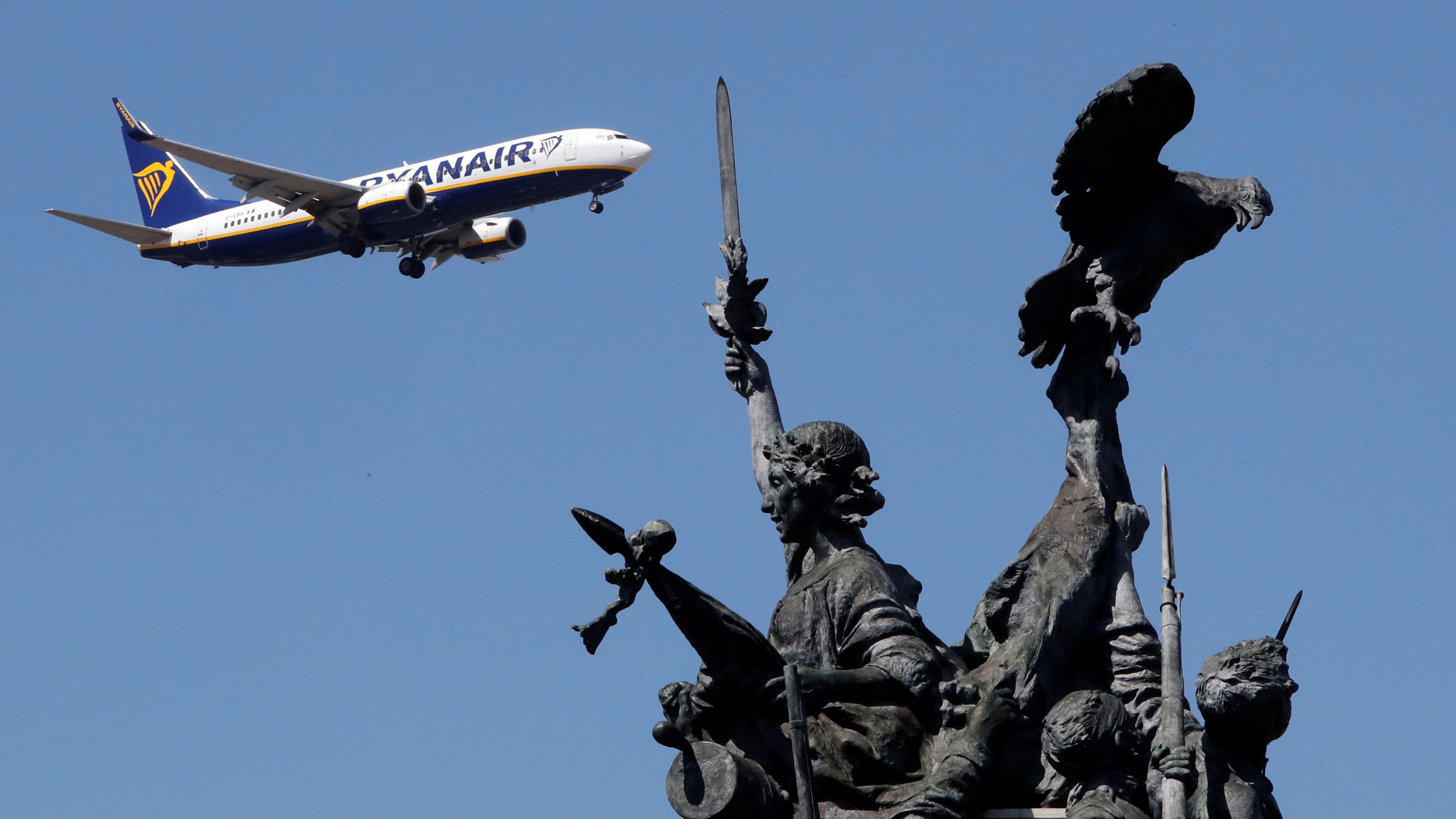 Ryanair's pilots have agreed to take a 20% pay cut in a bid to save their jobs. /AP

Ryanair's pilots have agreed to take a 20% pay cut in a bid to save their jobs. /AP

The federal government has early on secured remdesivir for the treatment of coronavirus patients. Currently, there are still sufficient reserves
-  Germany's health ministry

On Wednesday, Germany takes over the presidency of the European Union council for six months, at a time when the bloc faces some of its biggest challenges yet.

During the next six months, Germany's chancellor, Angela Merkel, will not only have to tackle one of the biggest health and economic crises the world has ever seen but also the deep unity crisis haunting the bloc.

Merkel will have to manage the rifts caused by the COVID-19 pandemic between member states over the approval of emergency financing and debt restructuring. She will also have to contend with Brexit negotiations, which are due to conclude by the end of 2020.

Merkel will have the difficult balancing act of keeping European values intact and member states satisfied, without compromising the bloc's future relationship of trade and cooperation with the UK and also appeasing its U.S. and Chinese partners.

Spain, along with the rest of the EU member states, can reopen its borders to 14 countries outside the bloc on Wednesday.

Visitors from countries including Australia, Serbia and South Korea will be welcome.

Although Spain announced it would only open its border with Morocco if there is a reciprocal agreement to let people traveling via Spain enter the North African country, despite Morocco being on the 14-country travel list voted on by EU member states.

Spain and Portugal's prime ministers officially reopened their joint border to all travelers on Wednesday after a three-month closure.

Meanwhile, Spain's famous Teatro Real opera house became one of the first opera houses in the world to resume shows.

Verdi's La Traviata, which includes a chorus, orchestra and soloists, will be performed in front of a public audience with social distancing and face mask rules being observed at all times. 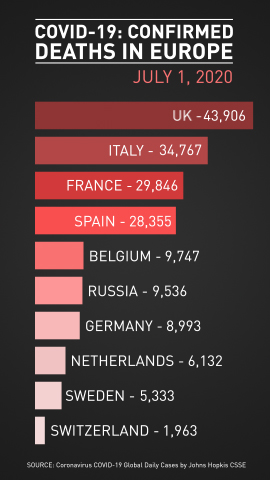 Hungarians are struggling to get a doctor's appointment since regular healthcare resumed after the state of emergency ended.

Part of the reason for this is that doctors aged over 65 were ordered not to work during the pandemic and in one district one-third of these physicians have not returned to work.

Patients are also reporting lengthy wait times due to a backlog of missed appointments during the pandemic.

Despite a spike in coronavirus cases in neighboring Croatia, Romania and Czechia, official data from the government indicate no increase of the virus in Hungary. In fact, government records show active cases have been in a steady decline since May.

There are now spot checks on motorists trying to leave the city of Leicester, which is starting a two-week lockdown period. There are reports that public health teams don't really know what they're looking for.

UK news network Sky News has reported that scores of batches of faulty surgical masks have been recalled from care homes and GP surgeries because they might be a potential risk to staff.

Meanwhile, more than 858,000 people downloaded the NHS-backed "Couch to 5k" app in the past three months. The app is designed to get people running for sport. It has had a 92 percent increase in downloads compared with the same period last year.

In France, excess mortality increased everywhere in Ile-de-France (the greater Paris region) in March and April compared with the five-year average.

"At an equal age, the most disadvantaged areas paid the heaviest price during the COVID-19 pandemic," said Isabelle Gremy, the director of the Regional Health Observatory.

Hospital doctors say they are preparing for a rebound in the epidemic but "not passively like surfers who are waiting for a wave," according to the director of hospitals in Paris, Martin Hirsch, but rather proactively such as through the massive testing program that is under way in Ile-de-France. 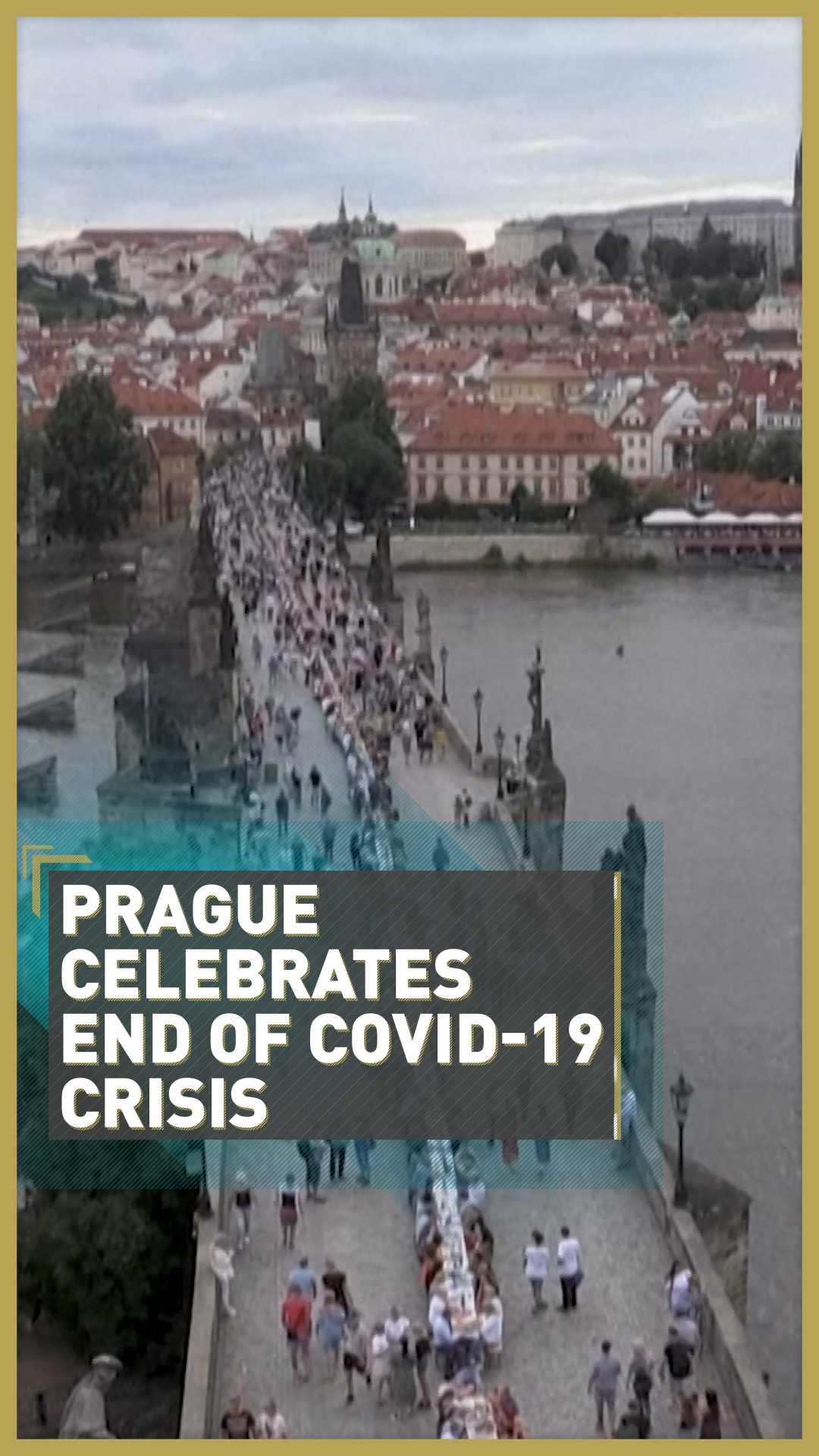 CGTN Africa: No decision yet to impose another lockdown, South African minister says