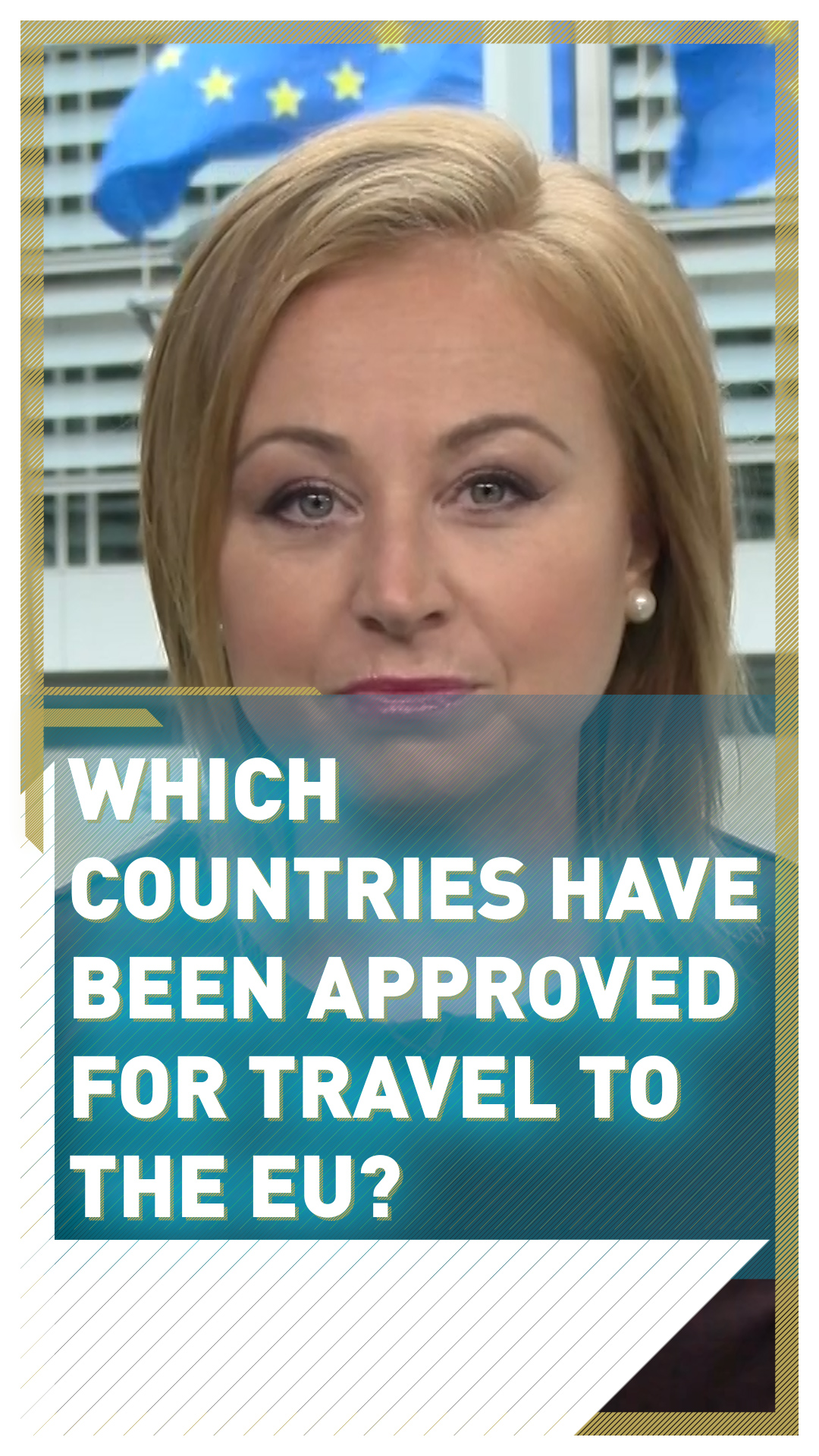 The European Union has agreed its list of countries that should have COVID-19 travel restrictions lifted.

The bloc has left the U.S. off the shortlist of approved countries from which citizens will be allowed to travel to the EU when border restrictions are partially lifted on Wednesday.

The ban for U.S. residents won't be lifted until the country gets its coronavirus infection rate under control. The number of new cases has doubled in the U.S. in the past few weeks, with nearly 2.6 million infections and more than 126,000 dead, according to Johns Hopkins University.

While the European Union insists the list is based on "objective criteria" and scientific evidence, blacklisting the U.S. risks a backlash from the Trump administration, especially since Chinese nationals will be allowed in on the condition that Beijing returns the invitation to EU citizens.

China banned entry to most foreigners in mid-March and according to the adopted text, the Council is awaiting "confirmation of reciprocity" from Beijing.

The recommendation states that "member states should start lifting the travel restrictions on" these countries on 1 July.

The list does not apply to UK citizens, who are still considered EU citizens until the end of the Brexit transition period on 31 December. The document said residents of Andorra, Monaco, San Marino and the Vatican should be considered as EU residents for the purpose of this recommendation.

The "safe" list isn't legally binding, but if a country allows in visitors from a country not on the list, it could face repercussions and the possible reimposition of internal borders.

The fact that EU member states wrangled over the list for nearly a week implies most plan to follow the rules.

Countries hard hit by the virus were wary of a second wave and prefered more stringent criteria, while those heavily dependent on tourism dollars, such as Greece, are more willing to be flexible.

Attempting to save tourism season

In lifting travel restrictions, Europe is attempting to save the lucrative summer holiday season at a time when European economies are reeling from the impact of the coronavirus.

But countries on the "approved" list have a combined population of just 431 million people, less than the population of the European Union itself. And many of the countries, such as Uruguay, Rwanda and Algeria are not major contributors to tourism receipts.

According to the U.S. Commerce Department's National Travel and Tourism Office, 17.7 million Americans traveled to Europe in 2018. More than half of them visited between May and September.

The list will be reviewed and updated every two weeks, which means the U.S. and other countries can be added. But it also means a country can be dropped if its coronavirus situation deteriorates. That doesn't provide much certainty to travelers and could dissuade them from planning trips.