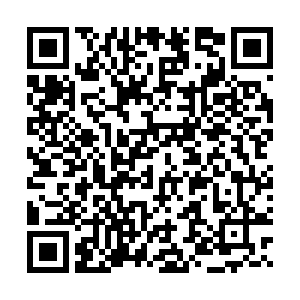 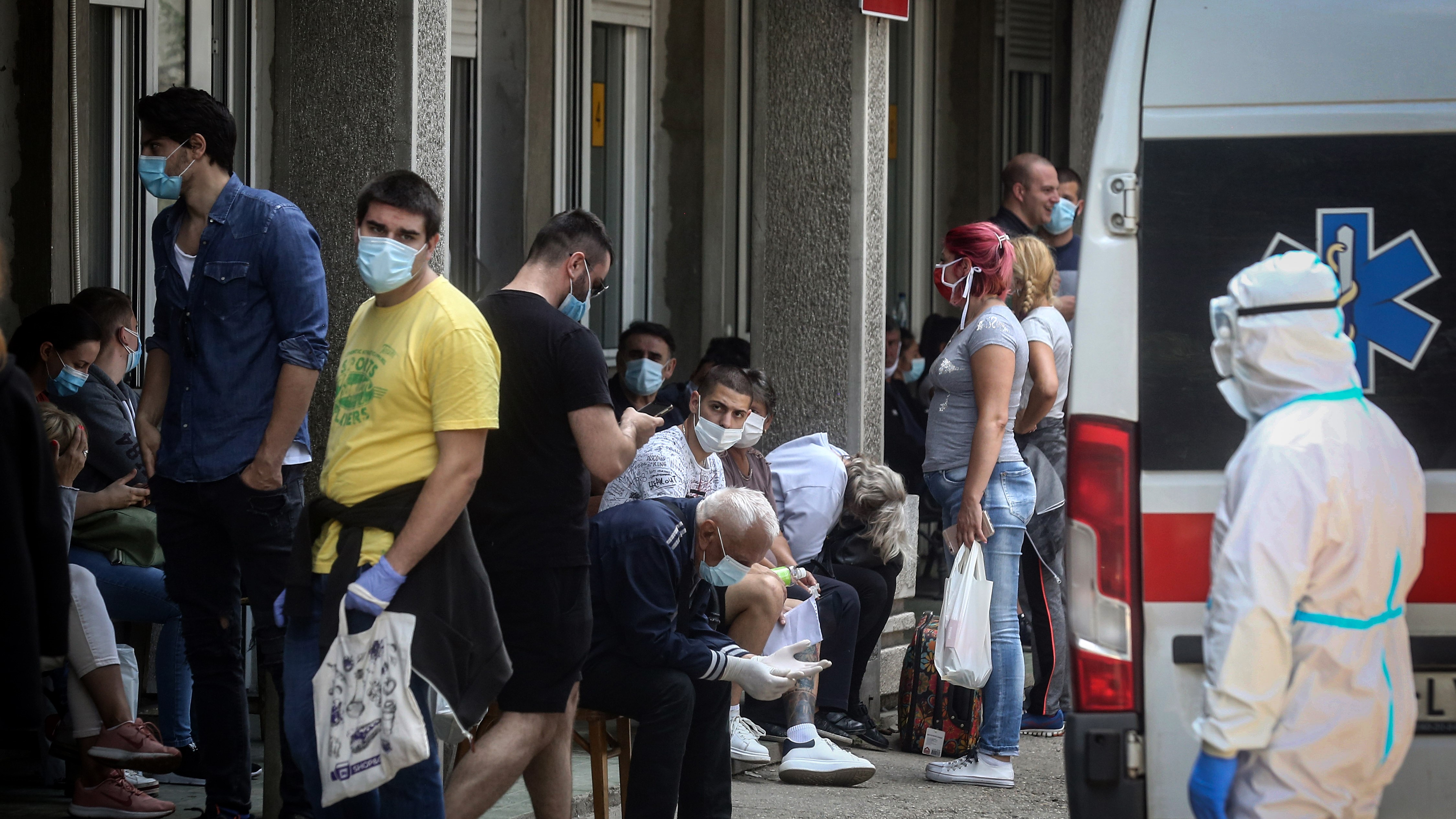 People wait outside the Clinic for Infectious and Tropical Diseases in Belgrade as cases surge nationwide. /AP

People wait outside the Clinic for Infectious and Tropical Diseases in Belgrade as cases surge nationwide. /AP

For weeks, Serbia had relatively low numbers of new COVID-19 infections. Single-figure increases of those on respirators, no deaths, and only a couple of dozen newly infected patients. There was a high likelihood of the coronavirus fading out in the country.

Until after the elections, held on 21 June when COVID-19 returned with full force. Sunday's figures showed that 254 people were infected in the previous 24 hours, three died, and 31 are on the ventilators. In the past week alone, some high-profile cases have been recorded, including the world's top-ranked men's tennis player, Novak Djokovic, the speaker of the national assembly Maja Gojković and defense minister Aleksandar Vulin. At the same time, former Serbian football player Ilija Petkovic died of the coronavirus.

Several towns are now considered COVID-19 hotspots in Serbia. Kragujevac is one of them. It is a city of around 200,000 people in the center of the country. Now the local authorities have been forced to announce a state of emergency after reporting hundreds of new cases in just a few days. In front of the city hall, we spoke to the mayor, Radomir Nikolić.

"Citizens must learn to live with the coronavirus. It won't be eradicated until a vaccine is developed, since it is constantly returning. If a certain part of the population has to catch it, our goal is for not all of us to get sick at the same time so that the health system can withstand the pressure." Nikolić told CGTN Europe. 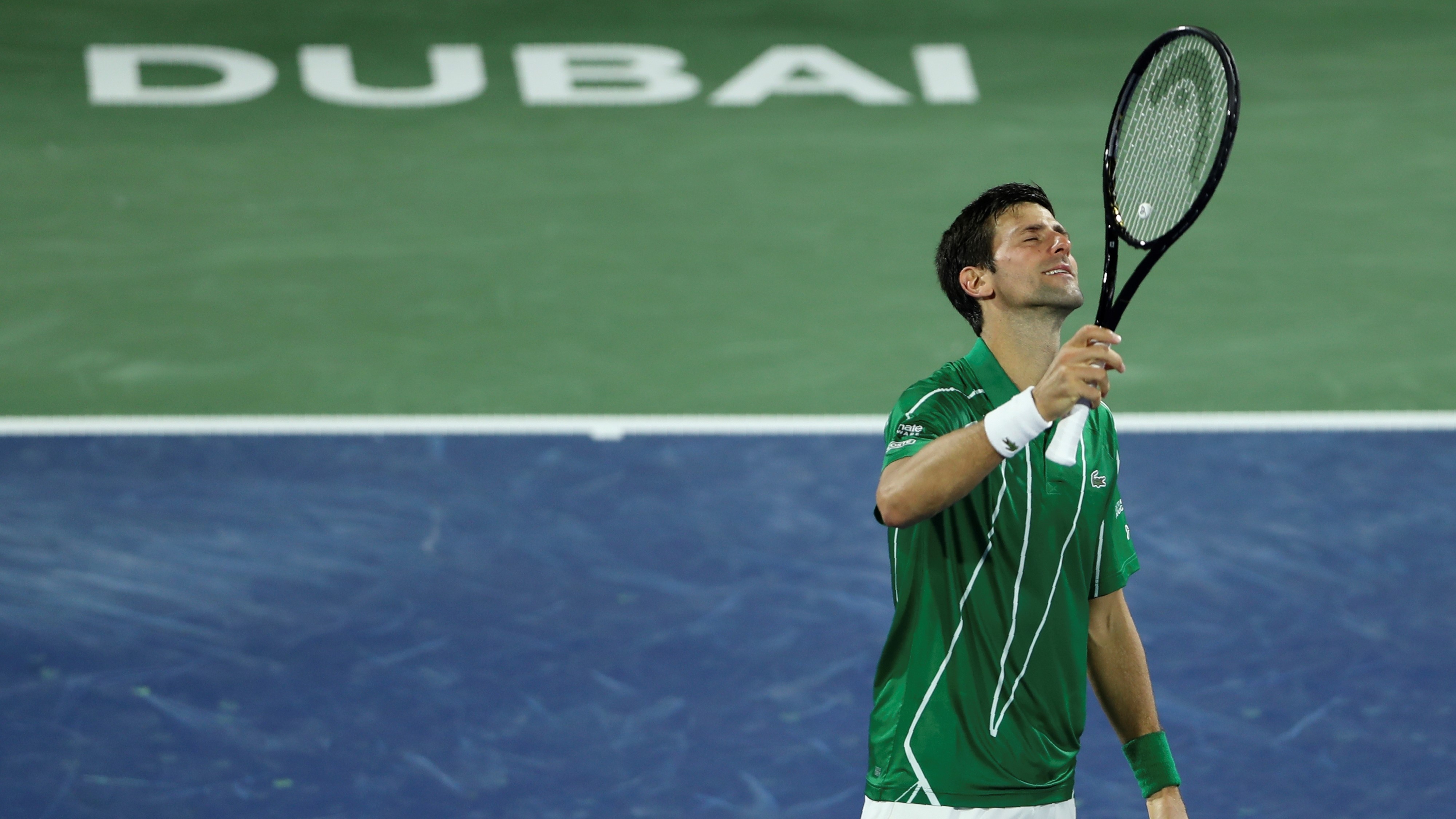 Serbia's number one men's tennis player Novak Djokovic confirmed earlier this week that he had tested positive for COVID-19. /AP

Serbia's number one men's tennis player Novak Djokovic confirmed earlier this week that he had tested positive for COVID-19. /AP

But, it doesn't appear the threat is being taken too seriously on the city's streets. Playgrounds in the town's center are full of children and parents and very few are wearing face coverings.

A similar picture was recorded just a week earlier during the election victory celebration at the headquarters of the ruling Serbian Progressive Party. The room was crowded and very few were seen wearing face masks.

On that evening, journalists looked on as Gojkovic sat next to prime minister Ana Brnabić, chatting and hugging. Just a few days later, Gojkovic was admitted to hospital for COVID-19-related pneumonia. Defense Minister Aleksandar Vulin was seen at the same event, next to Serbia's health minister and the minister of European Integration. Three days later, Vulin announced he had tested positive for COVID-19.

These high-profile cases have raised fears that the second wave of infections in this Balkan country have just started. Some of the worst-affected areas have reintroduced a state of emergency, with further measures expected to be implemented countrywide as of Monday.