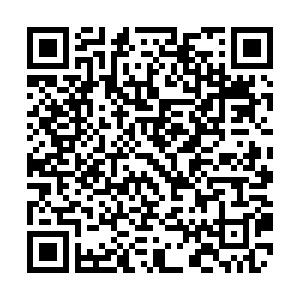 - Spanish airline Iberia, part of the IAG Group that includes British Airways, is to withdraw 17 planes from its fleet and reduce the number of destinations it flies to, its CEO told the newspaper, El Pais, as it continues to lose $7.85 million a day.

- The number of new cases in Czechia jumped to 260, the highest daily increase since 8 April, according to the Health ministry who cited a surge in the eastern mining region.

- Voters in Poland have had to adhere to strict new measures at polling stations to control the stem of the novel coronavirus, including wearing masks, maintaining social distance and bringing their own pens.

- European travel firms, including TUI and Eurotunnel, have reported a significant spike in interest and bookings following the UK's decision to relax rules on foreign travel and quarantine.

- The Republic of Ireland will maintain a 14-day quarantine for travelers from the British mainland in July even as it plans to ease travel restrictions with some countries. The Sunday Times report suggests those arriving from Northern Ireland will not be subject to these rules.

- The UK's plans to reopen pubs, bars and restaurants on 4 July have been branded as "madness" by police chiefs, some of whom fear to open businesses that serve alcohol, in conjunction with the hot weather could lead to violence.

- After two consecutive days without COVID-19 deaths, Scotland can "eliminate coronavirus by the end of the summer," according to Devi Sridhar, Professor at Edinburgh University and member of the Scottish government health advisory committee.

- More than 10 million coronavirus cases have been declared worldwide, according to Johns Hopkins University in the U.S.. 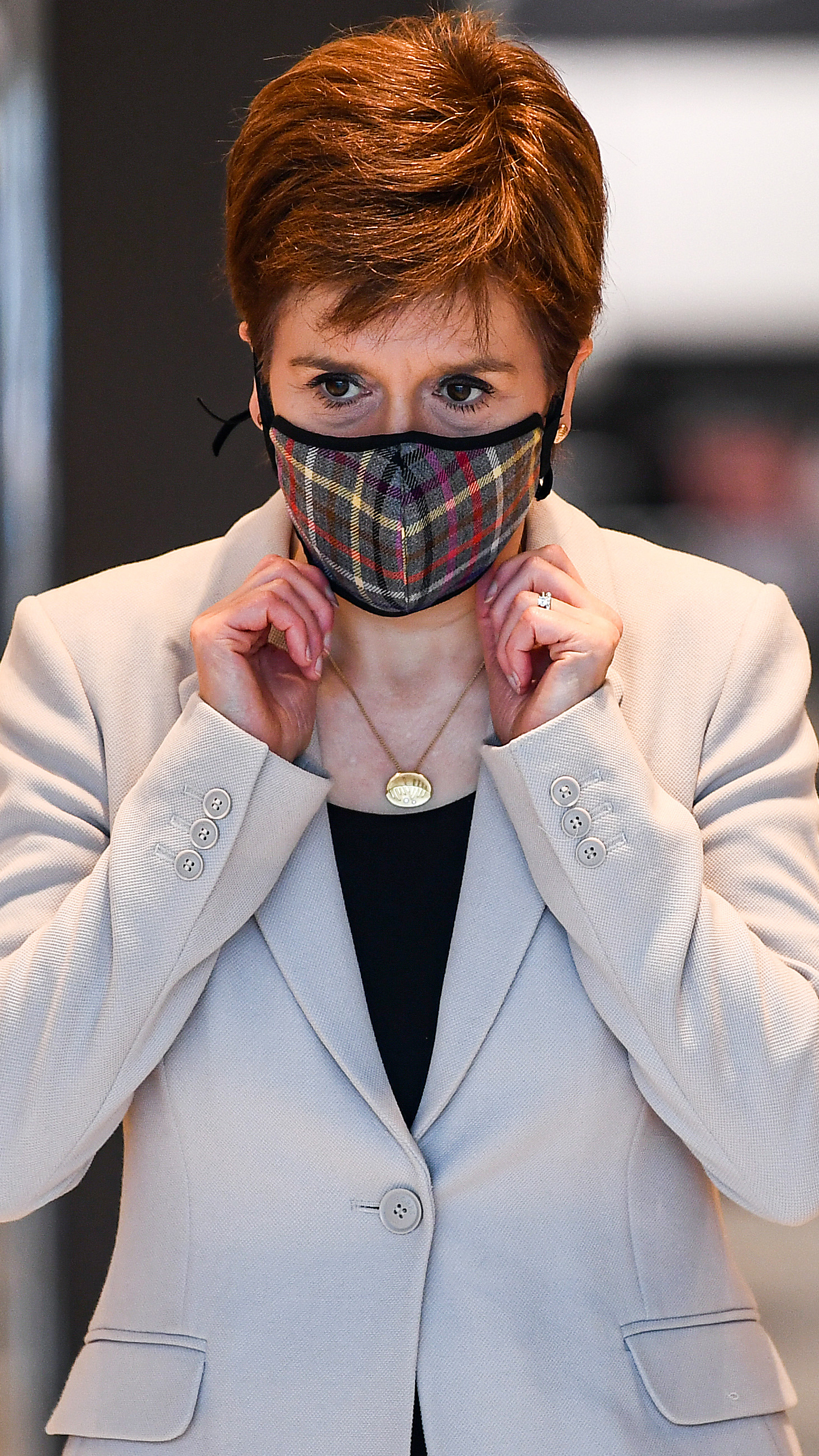 Many measures were relaxed in France, while schools and cinemas reopened, as the government warned that the virus is still circulating. Around the country, 82 new clusters are under investigation, raising fears that a new wave may be around the corner. To get a better idea of the status of the virus, the government is significantly increasing the number of tests. In the Paris region alone, 1.3 million people received vouchers for a coronavirus test.

On Sunday, voters went to the polls to elect their mayors and local councilors in the second round of the local elections. The election was supposed to take place on 29 March but was postponed after France went into lockdown.

The government is said to be preparing to impose the first local lockdown following a surge in coronavirus cases in Leicester. In two weeks, there have been 658 reported coronavirus cases in the city. UK Home Secretary Priti Patel has suggested the city could be locked down to control the outbreak.

The Home Office has told staff in Westminster that most of them can expect to be working from home for another year. Some MPs have condemned the plans because of the knock-on effect on local shops and businesses who rely on workers who travel to city center locations.

However, a recent survey indicates that only 13 percent of people want to go back to a pre-pandemic work-life balance. Almost half of those who worked in an office said they were considering asking for a remote working arrangement. Meanwhile, local authorities are concerned about massive cuts to services following a decade of austerity, poor investments and then a $7 billion debt created by the outbreak. Council budgets have been shredded by declines in revenue and tax income. 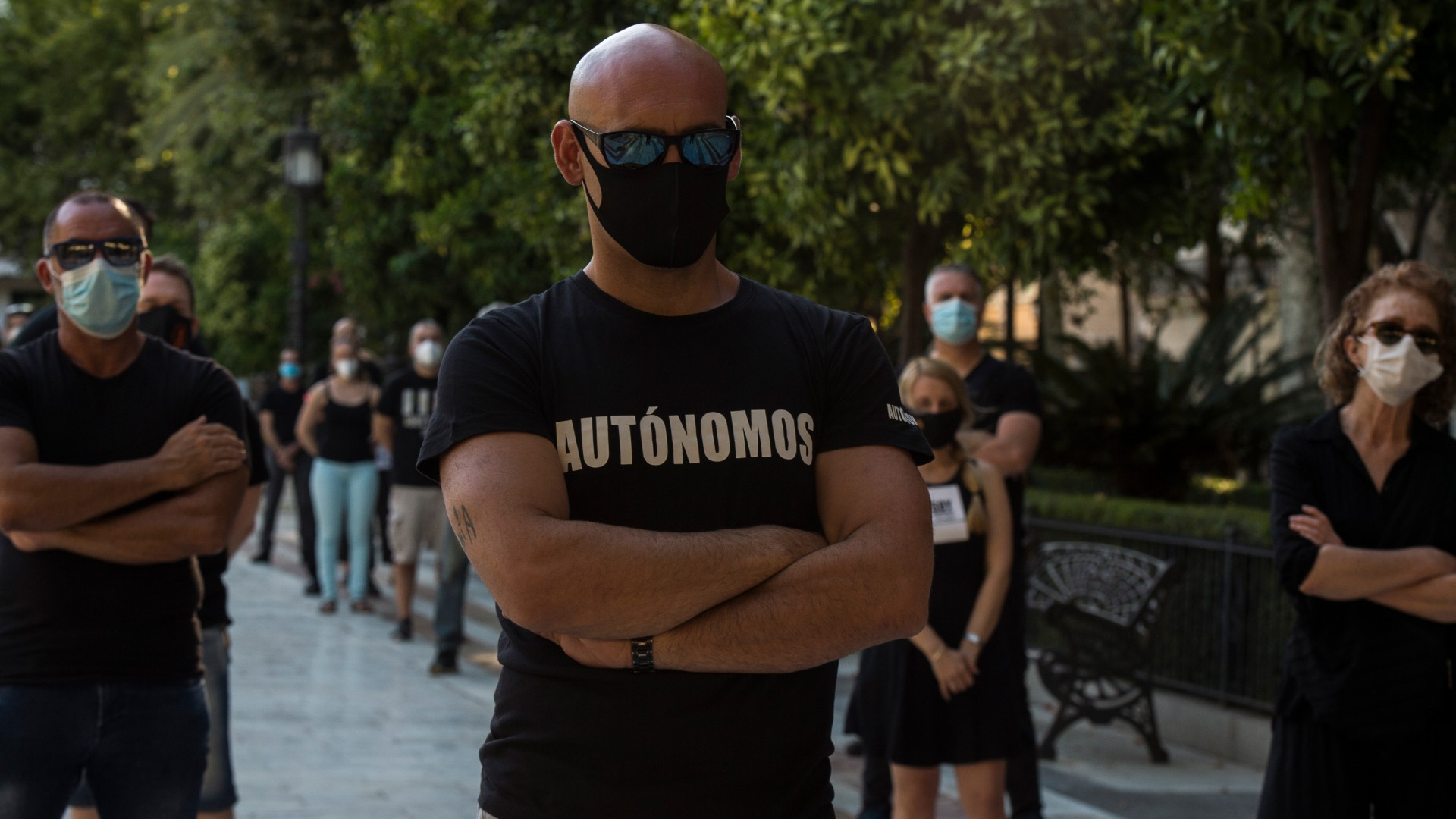 Freelance workers in Seville protest for their rights after three months of lockdown has led to predictions of unemployment reaching 19% in Spain. /Cristina Quicler/AFP

Freelance workers in Seville protest for their rights after three months of lockdown has led to predictions of unemployment reaching 19% in Spain. /Cristina Quicler/AFP

A dramatic rise in the number of people infected has hit Serbia just days after the country's parliamentary elections. From zero deaths, 30 new infections, and single digit figures of those on ventilators each day, Serbia climbed to 227 new cases, two dead and 32 on ventilators - on Saturday.

Among those infected are some of the country's leaders, including the Speaker of the National Assembly Maja Gojković, who has COVID-19 related pneumonia, Defense Minister Aleksandar Vulin, and the Head of the Office for Kosovo and Metohija Marko Đurić. In certain areas, the situation is so dramatic that the authorities decided to re-introduce some restrictive measures to stem the further spread of the second wave of the epidemic. 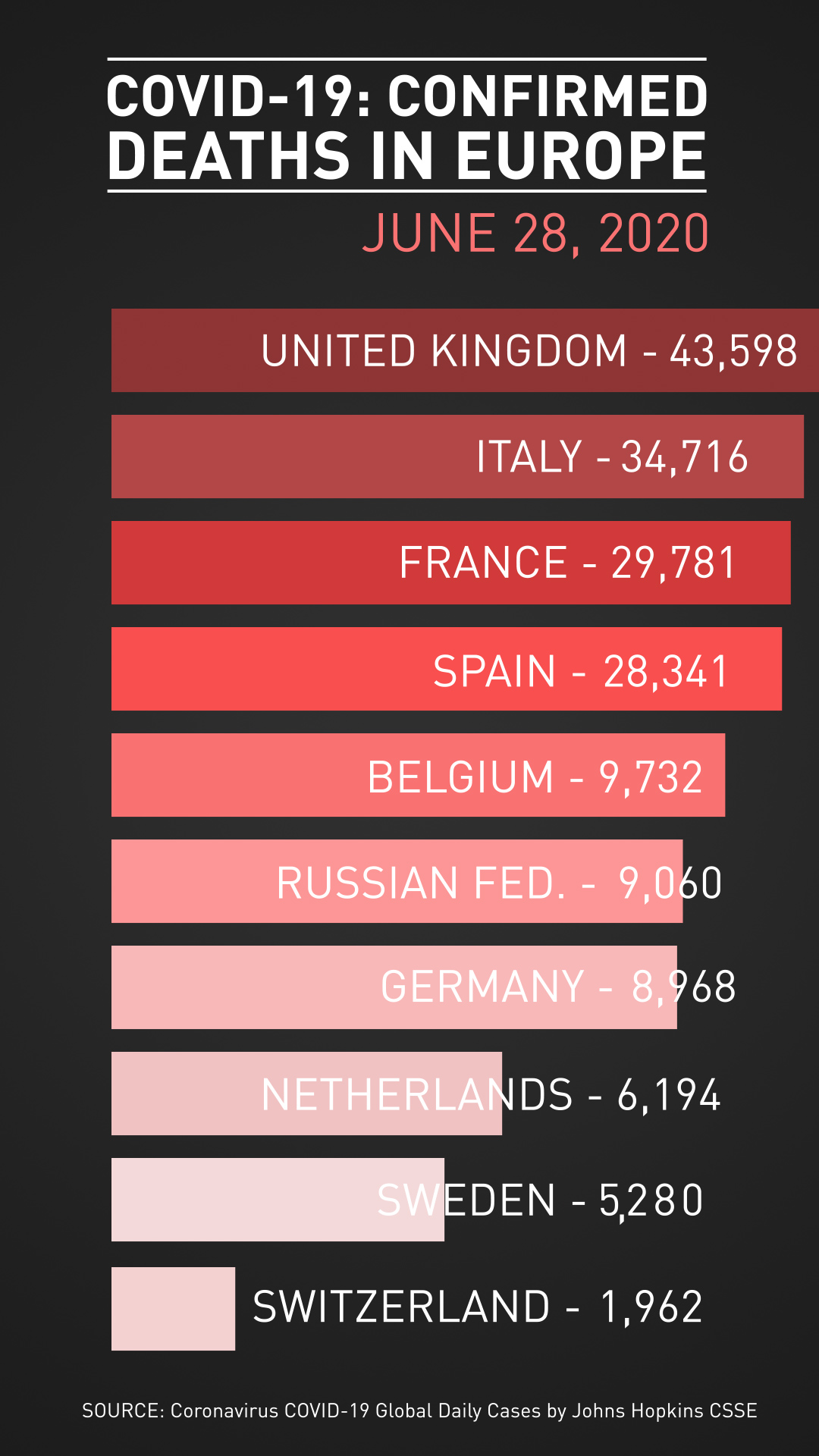