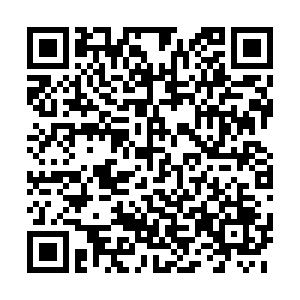 - A "major incident" has been declared by authorities in Bournemouth, England, after large crowds headed to the beach and ignored public health advice on social distancing.

- Norway will lift travel restrictions to and from European countries from mid-July as long as they meet their criteria. The conditions include the number of positive COVID-19 tests in the previous two weeks is below 5 percent of total tests.

– The World Health Organization warned that Europe is facing an upsurge in coronavirus cases, saying that some European health systems could be overwhelmed as officials continue to rescind restrictive measures.

- Many studies assessing the accuracy of COVID-19 antibody tests had major shortcomings, a review by British-based journal Cochrane has found. It concluded they are of little use for people wanting to know with certainty if they have been infected.

- Gilead's antiviral drug remdesivir is on course to become the first therapy for COVID-19 in Europe, after the healthcare regulator's endorsement. It recommended conditionally approving the drug for over-12s, who are also suffering from pneumonia and require oxygen support.

- Hungary has lost up to 130,000 jobs from the pandemic and its economy is set to shrink by 3 percent this year, said Prime Minister Viktor Orban's chief of staff.

- Lufthansa shares have jumped more than 27 percent after billionaire investor Heinz Hermann Thiele endorsed a $10 billion German government bailout to rescue the carrier. It means Germany is set to buy 20 percent of the company.

- Low-cost rival Ryanair criticised the EU decision to approve the bailout, saying it would challenge the state aid decision in the bloc's general court.

- European shares as a whole have fallen again on Thursday. The pan-European STOXX 600 has dropped by 1.1 percent to its lowest point since 15 June.

- The Eiffel Tower has reopened to visitors after the Paris landmark was closed for the longest period since World War II due to the pandemic.

- Low-cost airline easyJet has raised around $520 million through share placing to strengthen its financial position. It will now have around $3.7 billion in liquidity, which will allow it to survive through the coming months if planes are grounded again.

- The EU has been encouraged to accelerate low-carbon building renovations and push for people to replace inefficient old cars and fridges, by the International Energy Agency, as part of a post-pandemic "green" recovery plan. 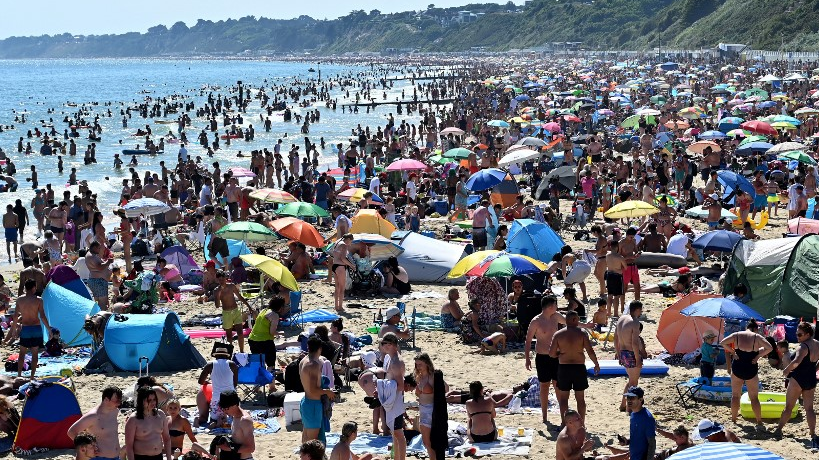 People flocked to Bournemouth beach on the hottest day of the year in the UK. /AFP

People flocked to Bournemouth beach on the hottest day of the year in the UK. /AFP

Information about Budapest's coronavirus cases has been released by the mayor's office, which shows that every third infected person was hospitalized and that in some cases patients caught the disease while in hospital.

A significant proportion of cases in Budapest were in nursing homes, which, at the height of the outbreak, provoked political fighting between the mayor's office and the government over who was responsible.

In April, the coronavirus was detected in 27 nursing homes across Hungary, with hundreds of residents testing positive.

The mayor's office has said it will now be a requirement for patients to test negative before they return to nursing homes from hospital, to prevent a second wave of infection.

Rules in nursing homes include restricted time slots for visiting, where visitors must stay behind a temporary transparent screen, visitors' clothes are sprayed with disinfectant, and their temperature taken on arrival. 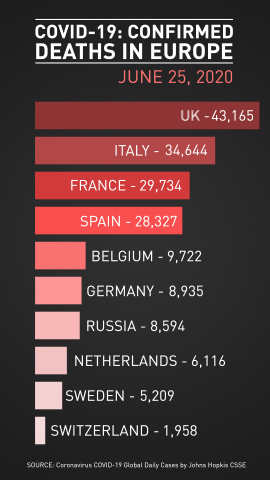 France's minister for overseas territories says French Guiana "needs reinforcement." Annick Girardin says the French territory in northern South America is facing "rapid development" of the coronavirus, moving from 500 cases since the start of the year to 2,500 in the past two weeks.

French Guiana shares a 730-kilometer-long border with Brazil, the second-worst-hit country in the world after the U.S., with more than 1.1 million people testing positive for the coronavirus and more than 53,000 people losing their lives.

The government in mainland France has called on healthcare workers to travel to help the situation in the territory, where a partial lockdown remains in place. Schools are still closed and the municipal elections scheduled for mainland France this Sunday 28 June has been canceled. 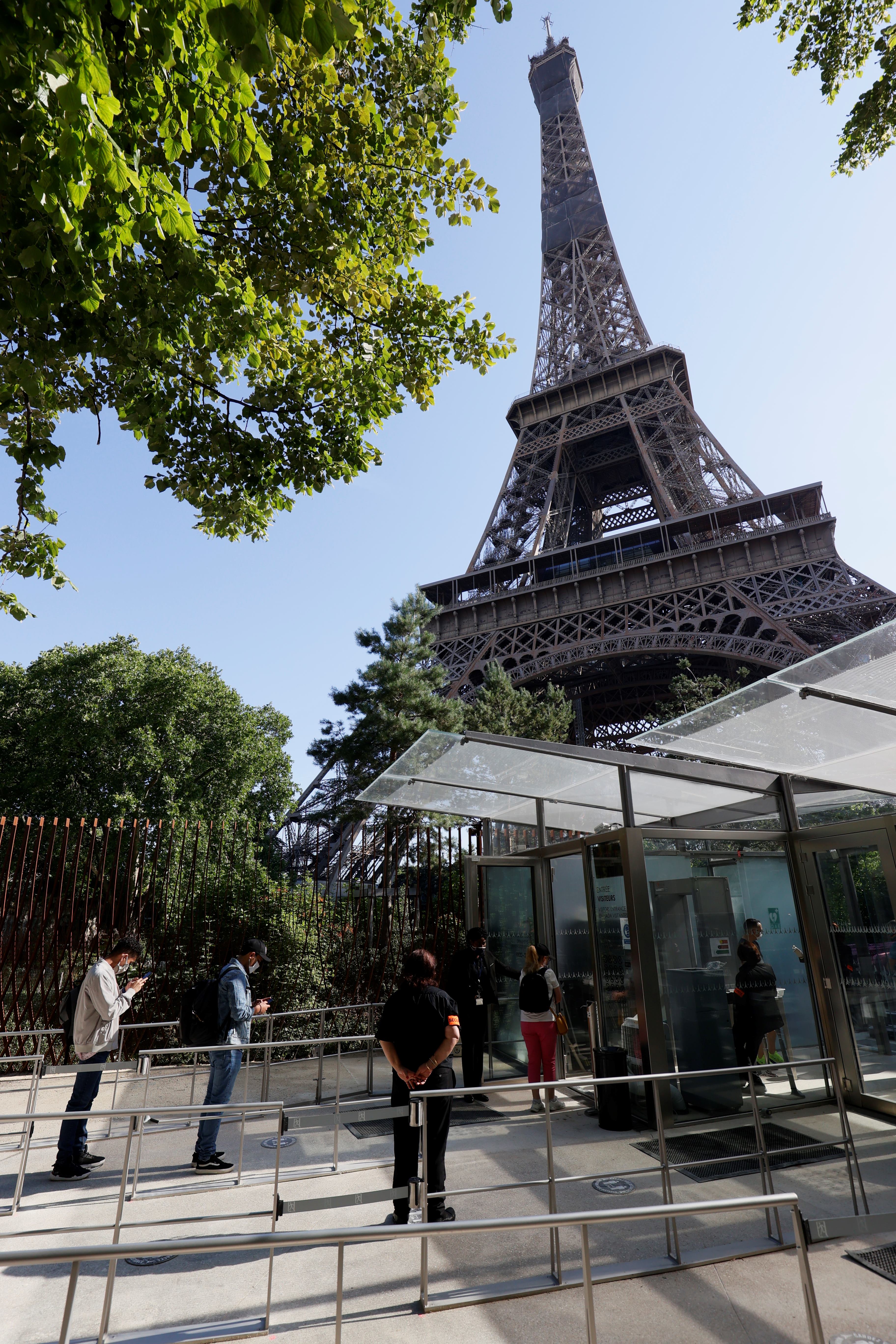 The Eiffel Tower has reopened for people to climb the Paris landmark. /Thomas Samson/AFP

The Eiffel Tower has reopened for people to climb the Paris landmark. /Thomas Samson/AFP

Consumer confidence is on the rise in Germany with people eager to take out their wallets as the coronavirus restrictions ease, according to a new survey.

The consumer sentiment index, published by the Nuremberg-based GfK institute and based on a survey of around 2,000 Germans, rose to -9.6 heading into July, rebounding from -18.6 the previous month and beating a Reuters forecast of -12.0.

The pandemic is expected to sink Germany into its worst recession since World War II and the government has approved two stimulus packages financed with record new borrowing to revive the economy, including lower value-added tax (VAT) rates from 1 July for six months to boost consumption.