"We have strongly advocated in favor of public support using public money to support the airline industry because we think that first of all we are absolutely key for the economic development."

That's what Alexandre De Juniac, IATA Director-General and CEO, told CGTN Europe today, as we mark the middle of Aviation Week on CGTN.

In today's interview we hear from another key voice in commercial flying, though one you might not have heard from before – Annette Groeneveld of the European Cabin Crew Association joined us from Amsterdam.

There is good news for foreign investors looking towards China, as the country's commerce minister announced plans to reverse a drop in foreign direct investment.

But European exporters to the U.S. may be facing a challenging time, with Washington reportedly mulling over even more taxes on goods like olives and decaf coffee (though I admit I was not aware such a thing existed – typical journalist, I know).

Finally, my colleague Nilay Syam, whom the attentive readers among you will recognize from this very email when I'm away, has written an explanation of the "hub and spoke" model used by major airlines the world over. Do give it a read, here.

Foreign investors will be given more freedom in the service, manufacturing and agricultural sectors based on the newly released negative list for 2020, according to China's economic planner on Wednesday. China will beef up efforts to maintain stable foreign trade and investment, Commerce Minister Zhong Shan told media.

Despite a second month in a row of climbing consumer confidence in the Republic of Ireland, shoppers' sentiments are still yet to recover from the country's record drop, which followed the COVID-19 lockdown. But the uptick is a good sign for the Irish economy, which is on a renewed trajectory to reopen.

The International Monetary Fund says the global economy faces a deeper recession than it previously thought. The organisation predicted the pandemic will cause global growth to fall by nearly five percent this year – a worsening of around one-and-a-half percentage points compared with its forecast in April. The IMF expects the economies of countries such as the United Kingdom, France and Mexico to experience falls of more than 10 percent.

The U.S. is reported to be considering new levies on European goods, such as olives, as the dispute between the EU and Washington over state aid to Airbus rumbles on. An additional $3.1 billion of taxes is being mooted, according to a Trade Representative document, listing products from France, Germany, Spain and the UK.

The Wirecard saga continues with a global edge, as authorities in the Philippines confirmed they are looking for the German firm's second-in-command, Jan Marsalek, following German media reports the former chief of operations had flown to the country after news broke of the firm's missing billions.

Swissport, which supplies services to 21 airports in the UK, is to halve its workforce due to market conditions following the pandemic and lockdown. The firm said it was consulting on cutting up to 4,556 jobs, which unions said was "devastating" to UK regional airports.

The International Labour Organization's Manuela Tomei has repeated the body's warning that millions of migrant workers could be "very easy prey for labor market exploitation" amid a global downturn. In some countries, residency rights are linked to work, so if a migrant worker loses their job, they may be forced out of the nation.

Chinese liquor brand Kweichow Moutai is now worth $260 billion according to Refinitiv data, making it the world's most valuable refreshment company, overtaking Western stalwarts like Coca-Cola. In terms of alcohol manufacturers, Moutai is now bigger than AB InBev, Diageo and Heineken combined.

Air quality across European cities has dropped again, after months of lockdown, as vehicles return to the roads. The European Environment Agency said Paris, Brussels and Milan have seen higher nitrogen oxide levels since lockdown was partially eased.

Indian tech sector workers have expressed their anger at the suspension of the U.S. H1-B visa, with South Asian immigrants to the U.S. tech and IT sectors making up more than 70 percent of the H1-B recipients. Many of those affected have made lives in the U.S. but cannot return after taking holiday or travelling to see relatives.

Premier Foods, makers of stock cubes and instant gravy, saw profits and revenues exceed its expectations, as lockdown has driven people to cook at home rather than ordering in or going out to eat. Though first quarter revenues were up 20 percent, the firm warned that it did not know how the next two quarters would look.

And the Majestic Wines-owned online retailer Naked Wines saw an 81 percent surge in orders in April, and had to stop taking orders for a period in May to ensure stocks would last. Again, though, the future is uncertain with pubs and restaurants opening on 4 July in the UK.

Benidorm has become synonymous with low-cost beach holidays since it first boomed as a tourist resort in the 1960s. Its mix of sun, sea and sand at an affordable price that has been bringing in 16 million people a year – but the COVID-19 outbreak has changed that.

With the state of alarm now lifted, Spain is eager to get its tourism sector up and running again. 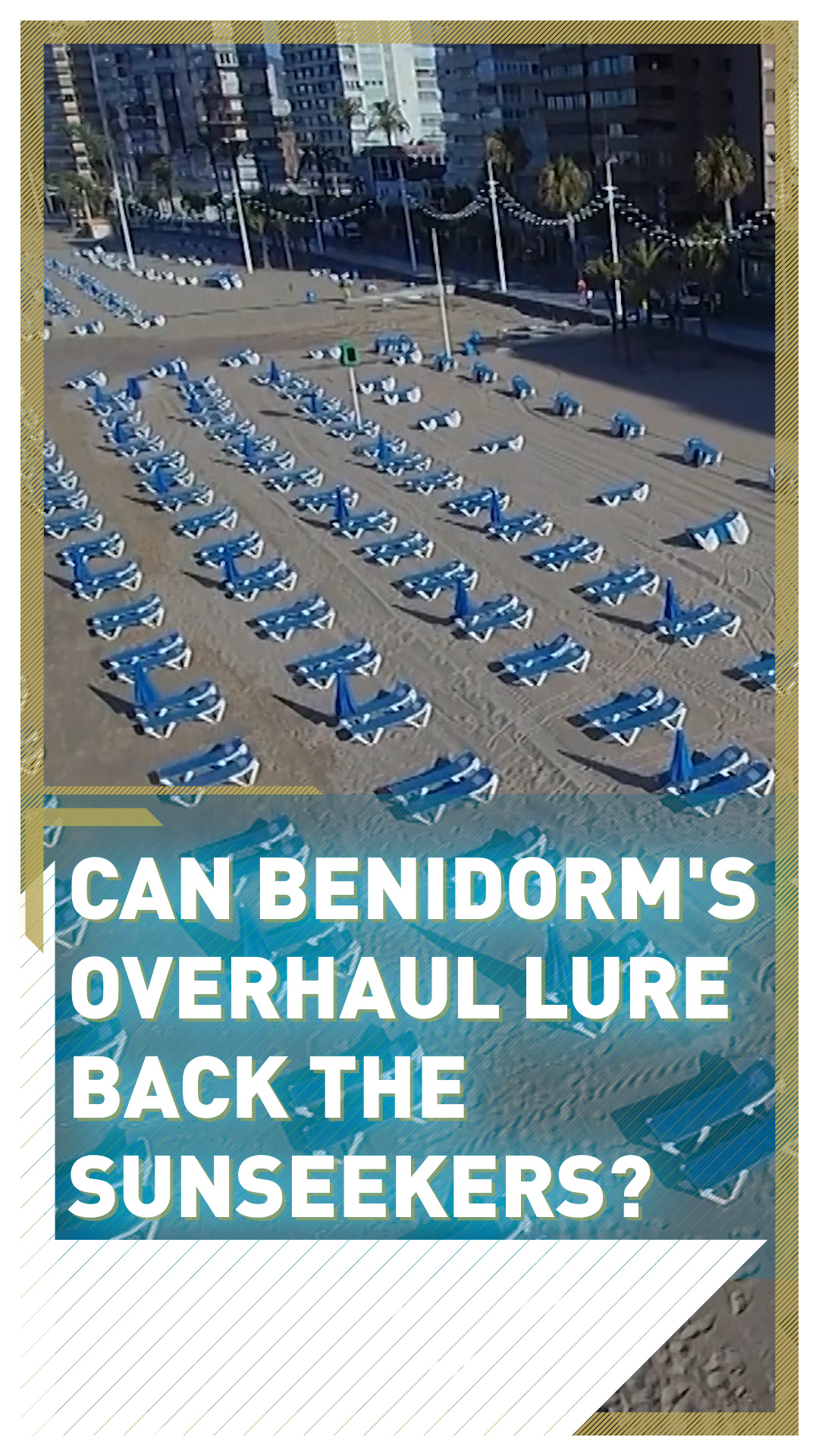 Annette Groeneveld is the President of the European Cabin Crew Association, and she spoke to CGTN Europe about the reaction of airlines to the pandemic – and how she sees the global industry changing after COVID-19.

It's a very different experience. What you usually do is you try to take care of your passengers the best way you can, have a lot of contact with them, try to show your interests and talk to them. And now actually what you're doing is you try to keep your distance, and that dynamic on-board is so different that it leaves you a bit stunned when you finish the flight, because you hardly know how your passengers have experienced your flight. So it's quite unnerving to see how things have changed in so short a time.

Looking long-term, which changes do you think we will see in global aviation?

Well, I think it will be a long time before global aviation will be the same again, if ever. I think what we will see, is that we will have to think very hard on how we want things to be on-board. Airlines have been densifying their cabins quite drastically over the last years because the aviation industry is a very marginal business. And to make the company sustainable, they have to take more passengers into the cabin, breaking down galleys, putting in more seats, which is what we can see now is very counter-productive – because social distancing of one and a half meters is, let me be clear, not possible onboard an aircraft.

But we have airlines that have been densifying to offer tickets for low prices, and I think what we see now is the consequences of that movement within the aviation industry. If you want to fly all over Europe or maybe even globally for very low prices, like 19 euros from Amsterdam to Malaga or for 350 euros from Amsterdam to Bangkok, then I think the situation that we're in right now will recur and recur.

Airlines are stuffing too many passengers in their cabins. There is not enough space for cabin crew. We have aisles that are as wide as our trolleys. There is nowhere anyone can go. So I think we really have to rethink how we want to travel.

Has there been enough industry leadership seen through this crisis?

Well, what we've seen is that I think it caught everybody by surprise. And airlines have been scrambling all over Europe to take their measures. But because there was no clear protocol within the European Union, airlines were basically left to fend for themselves and find out the best way to control things. And I think that should have been better managed. I think we should have had a comprehensive guideline, where the European Union would make sure that airlines would treat this crisis in the same way, because we've seen everything between no measures at all to airlines who were very quick to react and to provide their cabin crew with all kinds of materials to protect themselves and the crew. So I think that could have been managed a lot better.

We need comprehensive rules to ensure that all airlines approach these problems in the same way.

This week is Aviation Week on CGTN. The below graphic is taken from my colleague Nilay's long read on the Hub and Spoke model, employed by global airlines. But could it be under threat from COVID-19 and "ultra long haul" flights? Read more here. 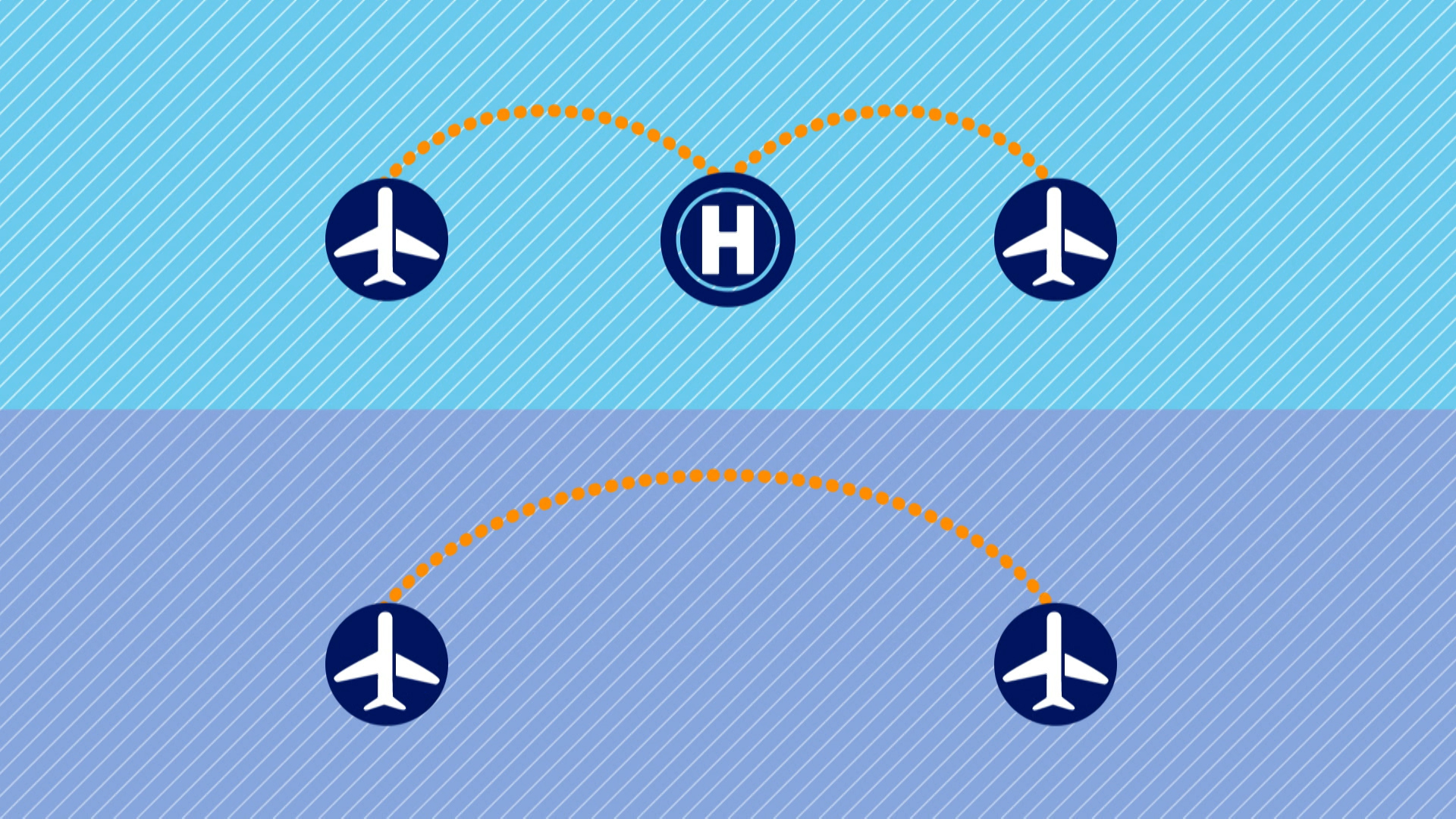