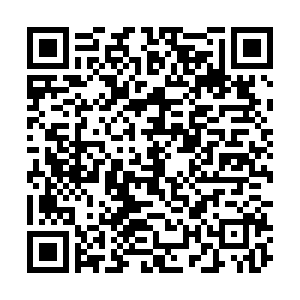 - The EU hopes to reopen borders to outsiders from July using criteria that could see the U.S. and Russia among the countries denied entry to the 27-nation bloc. The recommendations would bring fortnightly reviews of countries' COVID-19 situation and the threat of spreading the virus.

- The U.S. secretary of state Mike Pompeo says that the country is working with EU nations and elsewhere on how to reopen for travel safely. "I'm very confident in the coming weeks, we'll figure that out," he said.

- The UK is not going to rush into a trade deal with the U.S., said trade minister Liz Truss, with no deadline set out. She added the U.S. was "talking a good game" on free trade but restricting import access.

- Top UK medics have written an open letter to the country's political leaders warning of a "real risk" of a second wave of coronavirus and saying that "substantial challenges remain."

- German health minister Jens Spahn has stressed the continued danger of COVID-19 after two municipalities in North Rhine-Westphalia went back into lockdown following an outbreak at a meatpacking plant.

- The German state Bavaria has banned visitors from the districts of Guetersloh and Warendorf after the flare-up in cases. Hotels have been told not to accept guests while there are local reports also saying that the state of Mecklenburg-Vorpommern would not be welcoming tourists from the region either.

- Croatia will reintroduce a mandatory 14-day quarantine for visitors from Bosnia, Kosovo, North Macedonia and Serbia following a rise in new coronavirus cases over the past week.

- Russian president Vladimir Putin is to review a Red Square military parade to mark the 75th anniversary of the Soviet Union's World War II victory over Nazi Germany, which was postponed from 9 May due to COVID-19.

- The eurozone economy will need a long time to bounce back from the coronavirus impact and a string of solid data in the past few days is not necessarily a good guide to recovery, said European Central Bank chief economist Philip Lane.

- Gold prices have surged to their highest level in nearly eight years as a global increase in coronavirus cases keeps investors turning to the traditional safe-haven investment. Partial lockdowns have begun in the German regions of Guetersloh and Warendorf, following a coronavirus outbreak at the Toennies meat processing plant where more than 1,500 workers have tested positive.

Austria has issued a partial travel warning for the German state of North Rhine-Westphalia, where the plant is located.

Austrian chancellor Sebastian Kurz also announced further easing measures in Austria because of the current low infection rates there. According to a survey in the Bild newspaper, one in two Germans is afraid of a second coronavirus wave over the summer holidays.

Representatives from trade unions are meeting the French president to discuss the ongoing situation in the labor sector. Of particular concern are the furlough scheme, youth employment and vocational training.

Dialogue between the government and so-called 'social partners' has been ongoing since 8 June to try to work out a plan to face the economic and social consequences of the crisis.

The Elysee Palace says the meeting will aim "to jointly define the new mechanisms to save jobs, promote the integration of young people and strengthen the skills of workers in our country."

The national employment insurance agency Unédic says it has forecast 900,000 job cuts in France by the end of 2020.

The tide may feel like it's turning in England, as pubs, restaurants and hotels can officially open in 10 days' time. But those plans have been dealt a blow as the country's top health professionals have warned there's a "real risk" of a second wave of cases.

In an open letter, the bodies representing doctors, nurses and surgeons have called for an urgent review into the chances of an upcoming spike in COVID-19 cases.

The move is likely to add pressure on the government's decision to open up, which inevitably has its risks. Ministers say the judgement has been taken with the economy also in mind.

Elsewhere, officials say $131 million will be made available to help tackle homelessness in the UK. The coronavirus saw thousands of rough sleepers allowed to stay in hotels and B&Bs (bed-and-breakfast guesthouses) across the country.

It is understood the new money will help find less temporary solutions to avoid people returning to the streets. The UK has been easing restrictions and pubs are set to reopen next month. /Frank Augstein/AP

The UK has been easing restrictions and pubs are set to reopen next month. /Frank Augstein/AP

Six hundred unemployed people have applied to join the army since the government introduced a special voluntary reserve military service to help create jobs during the coronavirus epidemic.

The program is open to Hungarians between the ages of 18 and 50 who have lost their jobs. They are required to undertake six months of training and will be paid a gross monthly salary of around $520.

Applicants can leave at any time if they find a job elsewhere.

Despite the government's push for domestic tourism in the wake of the coronavirus outbreak, it's been a slow start to the season for Hungary's most popular holiday spot, Lake Balaton.

Rainy weather has played a part in keeping people away, and restaurants and cafes are concerned about their survival this summer season.

EU diplomats will meet today to discuss the criteria for lifting restrictions on all non-essential travel into the bloc from third countries. The curbs are meant to lift on 1 July. But according to the New York Times, Americans may be left off the invite list, along with Russians and Brazilians.

Earlier this month, the European Commission suggested the list be drawn up based on three criteria: the coronavirus situation in those countries needs to be on par with, if not better than, the situation in Europe, containment measures need to be in place, and those countries must also welcome EU visitors.

The US still bans EU travellers and it has one of the highest infection rates in the world. Millions of Americans travel to Europe every year for leisure and business, so shutting the door to them could kick up a political and economic storm.

China is reportedly on the approved list, which still isn't set in stone and will be up for review every two weeks.

The Belgian government meets with health experts to discuss the next phase in the country's lockdown easing. Up for discussion are the allowing of more markets stalls, the reopening of pools and theme parks, and the resumption of cinemas and theaters. The group may also decide to extend the 1am closing time of bars, restaurants and cafes after hundreds of people spilled into squares last weekend for late-night partying.

Wearing a face mask is strongly recommended and mandatory on public transport. But consumer watchdog Test-Achats, which has been testing the quality of a range of masks, found that four out of 10 fabric masks did not offer sufficient protection. And only one out of five "surgical masks" sold in Belgian pharmacies passed the filter efficiency and air resistance standards.