- France is to lift its border restrictions for all European travelers on 15 June, according to its interior and foreign ministries. The easing applies to all borders including air, land or sea.

- European Union leaders are to join Italy's prime minister Giuseppe Conte for talks on how to restart the country's economy.

- Slovenia will open its borders for citizens of Montenegro and Italy on 15 June. It also announced an obligatory 14-day quarantine for people entering the country from 31 nations including the UK, U.S. and Russia.

- Poland has lifted its border controls with Lithuania and other EU member states. As of midnight on 13 June, Polish citizens can now travel freely to and from Germany, Lithuania, Slovakia and Czechia without being subjected to mandatory quarantine.

- Austria's government intends to make one-off payments of $506 to jobless people and $405 per child under the age of 18.

- Italy, Germany, France and the Netherlands have signed a contract with multinational pharmaceutical company AstraZeneca to supply its citizens with a COVID-19 vaccine.

- International flights to and from Greece will resume on 15 June, with the safety of tourists being the country's top priority, according to prime minister Kyriakos Mitsotakis.

- There has been a surge in fishing license sales in the UK since the government lifted its restrictions on outdoor activities. Over 335,000 licenses were sold between 13 May and 9 June, compared with 142,000 sold from 1 January to the end of March. Fishing license sales have gone through the roof in the UK since the government relaxed rules on outdoor activities. /Reuters

Fishing license sales have gone through the roof in the UK since the government relaxed rules on outdoor activities. /Reuters

Saturday marks the first day of England's 'social bubbling,' a concept introduced by the government to allow those living alone to enter another household without having to adhere to social distancing rules.

Each person is only allowed one other household to bubble with, and if any member of the bubble begins to show symptoms of COVID-19, everyone in that group should self-isolate.

Meanwhile, Black Lives Matter protests continued across the UK on Saturday, despite government advice to stay at home.

There were skirmishes in central London between groups of right-wing activists, who claimed to have gathered to protect statues from anti-racism protestors, and police.

Home secretary Priti Patel denounced these as acts of "unacceptable thuggery," saying "perpetrators should feel the full force of the law."

Poland has decided to put an end to border checks at its internal borders in the European Union.

As of midnight last night, citizens of EU countries will be able to travel freely into Poland without the need for mandatory quarantine.

"Travelers will regain the right to free entry, exit and transit through the territory of the Republic of Poland," the government's official statement said. "They will not have to quarantine. Countries neighbouring Poland have already been informed about the Polish movement. Thanks to this, they have time to prepare for changes."

The border openings only apply for countries within the EU and not for those elsewhere as of yet. 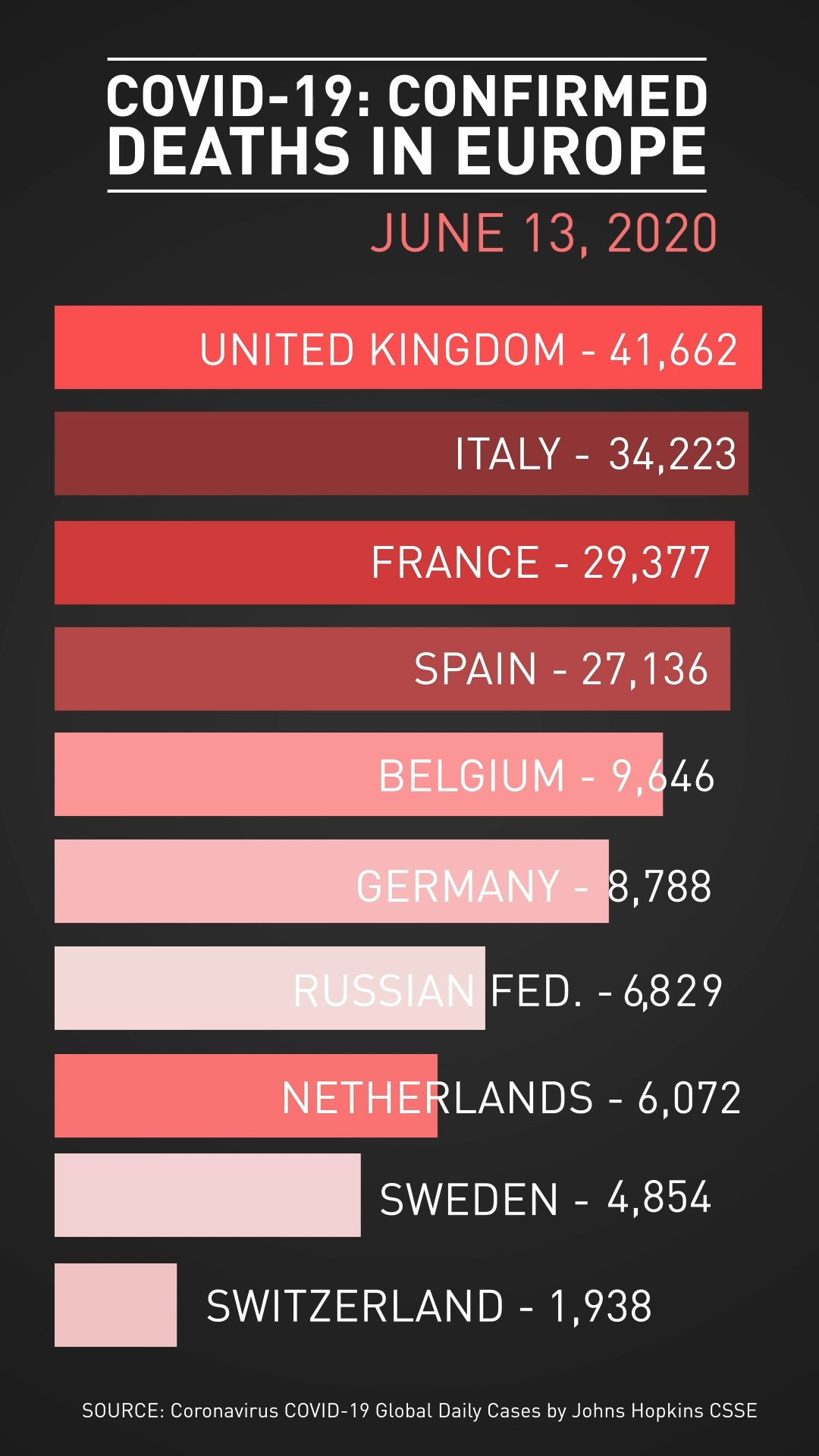 Paris hosted another demonstration against Police violence and racism on Saturday. The protesters marched to remember Adama Traoré, a black man who died when the police tried to arrest him, in July 2016.

As part of the measures to stop the spread of the coronavirus, demonstrations in France are still illegal. During a protest last week however, the police did not intervene and there were no incidents.

The organizers asked today's participants to wear protective face masks and respect social distancing (which in France is one meter).

The French government has also announced travel to the country from other European countries is set to reopen on 15 June.

This means France has become one of the first countries in the world to allow UK citizens back into their country, despite the UK still suffering more than 100 deaths per day. 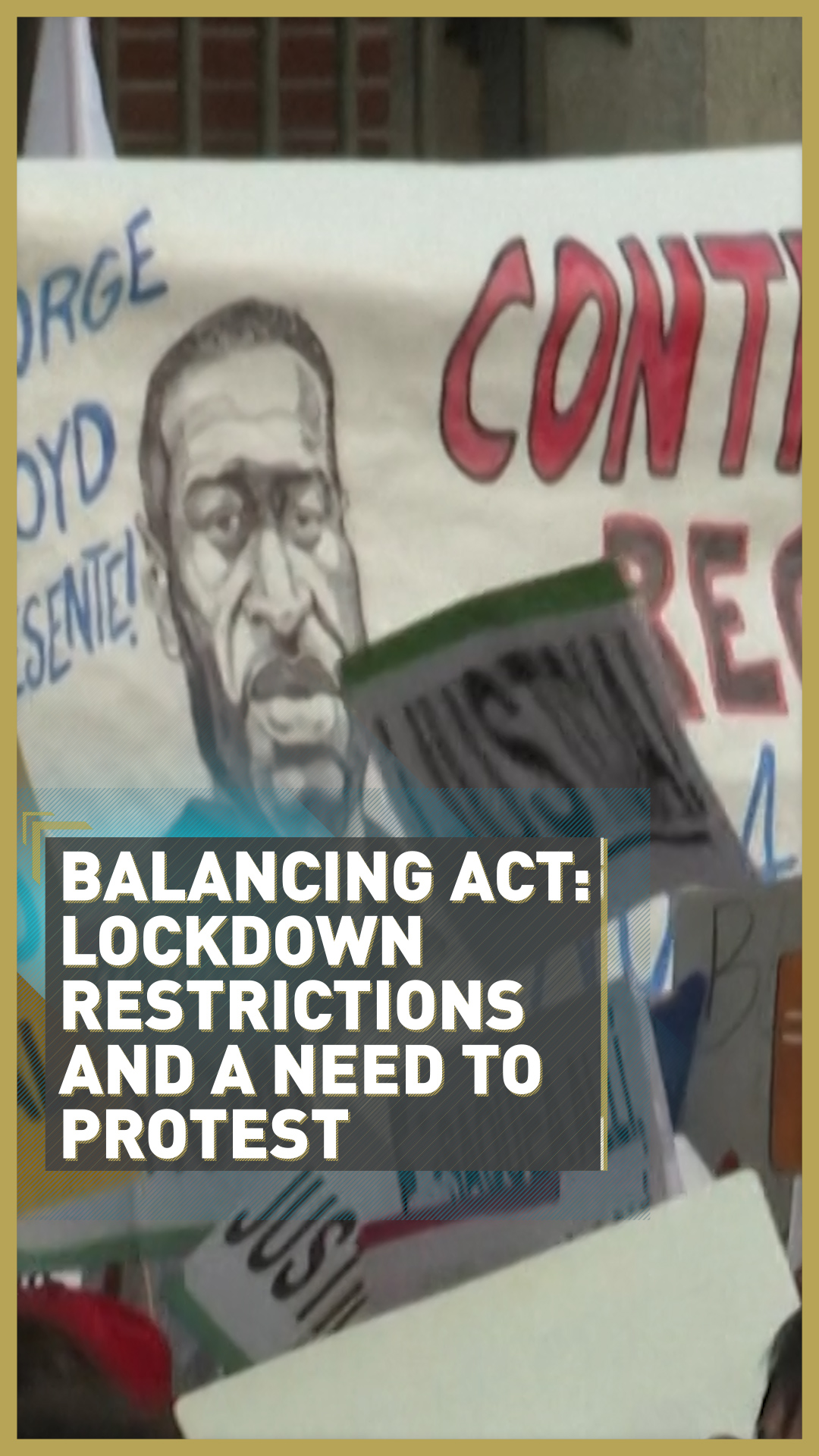