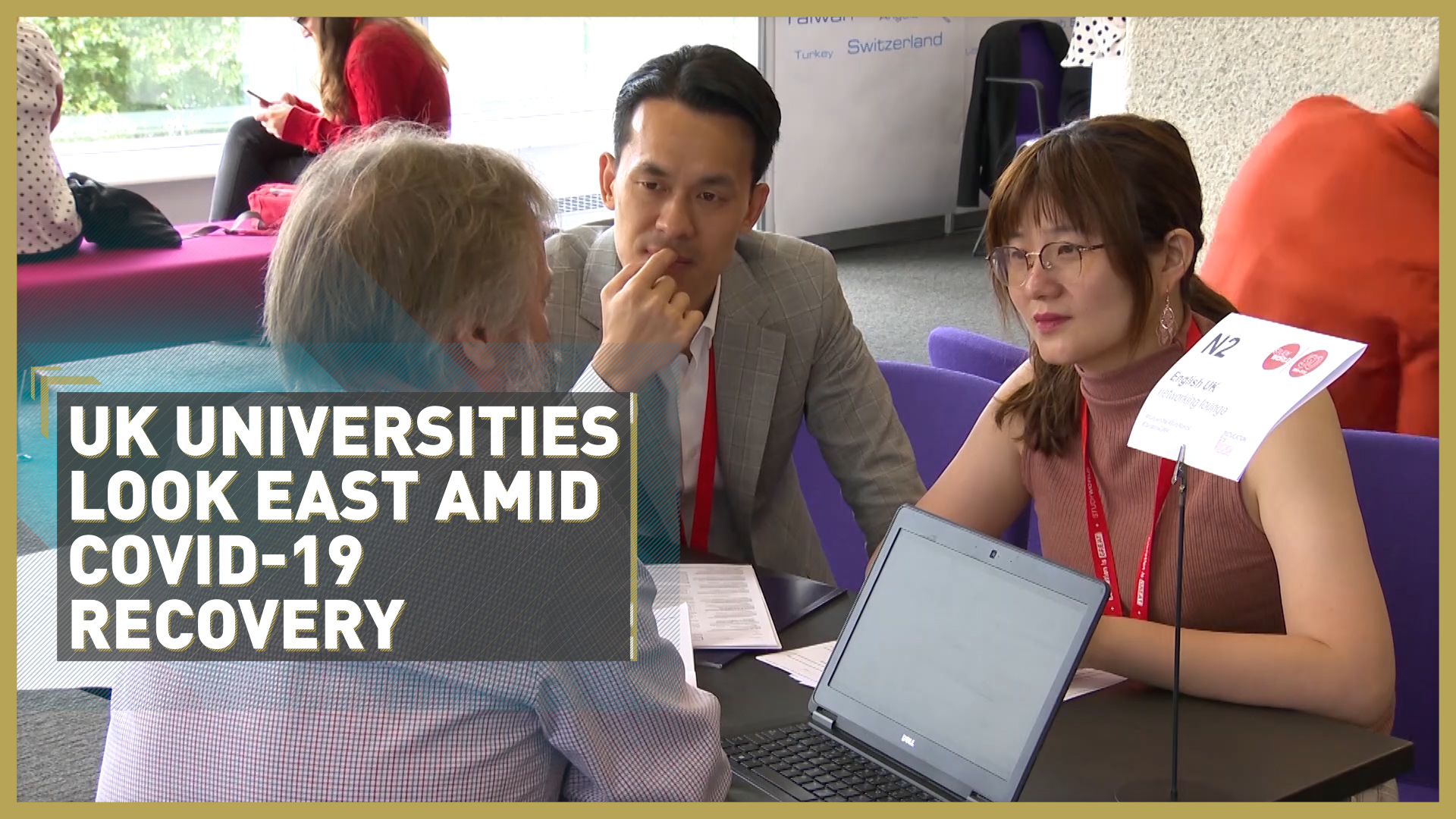 British universities could attract more Chinese students as it becomes harder for some of them to study in the U.S..

On 29 May, U.S. President Donald Trump signed an order banning visas for postgraduate students and researchers from China with alleged links to the country's military.

The White House said the move was designed to protect American intellectual property, with China calling it "political and racial discrimination."

The new restrictions on thousands of potential pupils could benefit colleges in other English-speaking countries.

"It's a strange message to send out at an interesting timing," said Anne-Marie Graham, CEO of the UK Council for International Student Affairs.

"At the moment, so many Chinese students, well so many students globally, are making decisions about where to study in the next academic year. So, it could be a significant blow to recruitment for U.S. universities, particularly as it runs counter to policies in other English-speaking countries such as the UK, Australia, Canada and New Zealand."

The U.S. embassy in London did not respond to our requests for comment.

China is by some distance the leader when it comes to foreign pupils, with more than 120,000 of them enrolled in UK university courses at the start of this academic year. 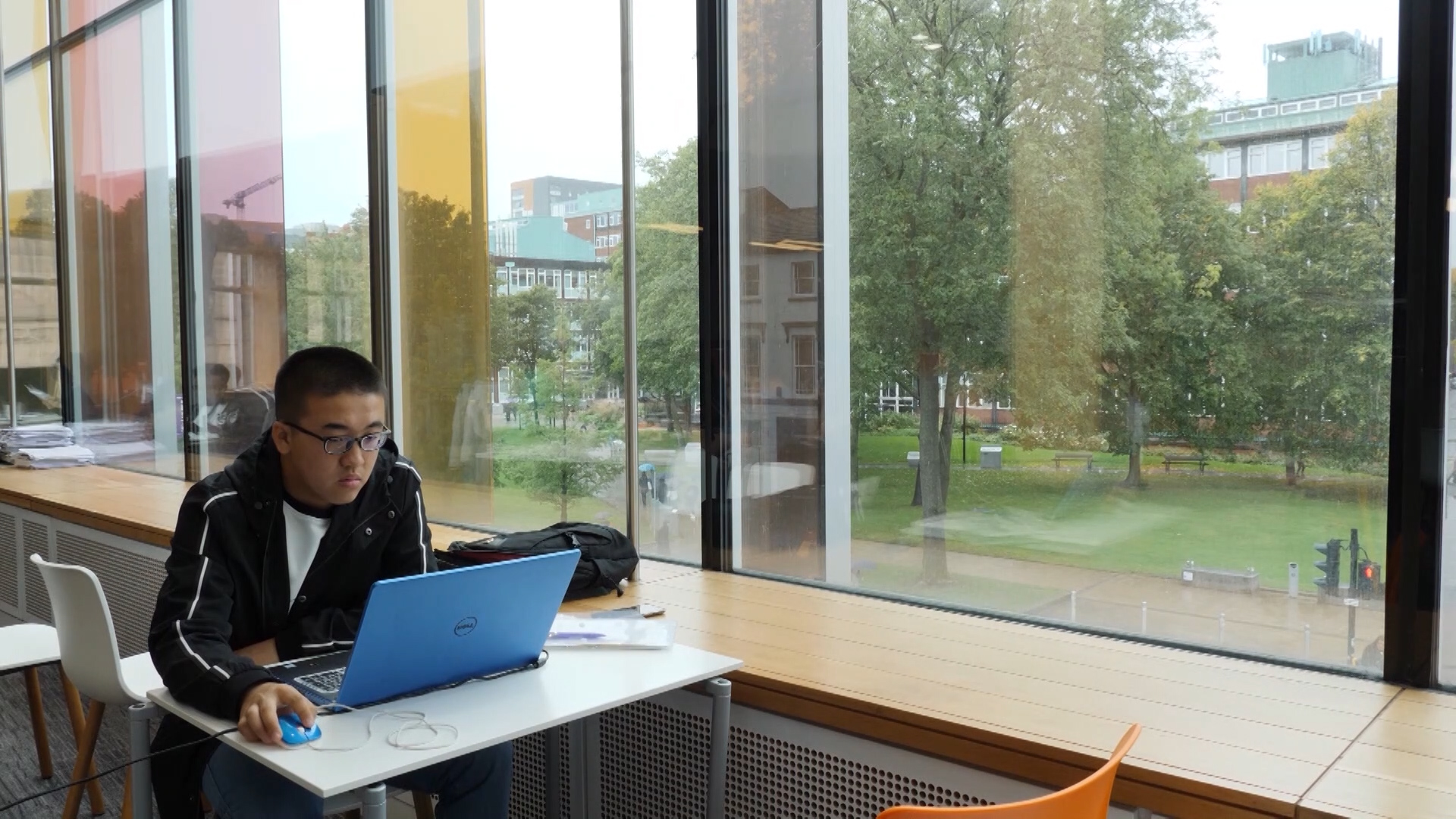 The new U.S. restrictions mean Chinese students will be looking to study at institutions in the UK and across Europe. /CGTN

The new U.S. restrictions mean Chinese students will be looking to study at institutions in the UK and across Europe. /CGTN

But, some Chinese students are thinking twice about whether to study abroad.

Jian Feng is a second-year student at the University of Leeds. Because of the coronavirus, he's currently in Shenzhen, waiting to come back to the UK to finish his studies.

READ MORE: Should I worry about catching COVID-19 twice?

"I really wish I can go back soon during the summer. However, most of my friends, they just tend to stay until September or October, they want to wait until the situation in the UK becomes better."

Jian added that many of his friends are worried about the UK's handling of the COVID-19 crisis and whether or not it's safe to return. Many of his Chinese friends say they've experienced racism since the outbreak intensified earlier this year.

But there are more structural problems facing the British higher education sector.

In the latest QS world university rankings, UK institutions recorded their worst-ever performance, with nearly three-quarters of them dropping in the table.

We have a world-class reputation for teaching and research and international students want to come and study in the UK
-  Charley Robinson, British Universities' International Liaison Association

In contrast, Asian universities did well – with 26 of them featuring in the top 100.

Charley Robinson is the China Lead at British Universities' International Liaison Association – members of which include 137 higher education institutions. She thinks the UK will remain popular with foreign pupils.

"Obviously, we can't underestimate the impact of coronavirus but we have a world-class reputation for teaching and research and international students want to come and study in the UK.  It's also a great place to study and live and British culture is very accessible."

A recent survey by the British Council said up to 14,000 students from east Asia, including China, could avoid coming to study in the UK next year. It estimates that could cost the UK economy about $582 million.

It said almost one in three students from the region is considering delaying or postponing their plans to study abroad, partly because of the uncertainty around the coronavirus.

Like many universities around the world, British institutions face a tough task in restoring confidence and attracting international students back.

Given that they often pay two to three times as much in fees as UK students, it's little wonder why it's a priority for many colleges.

And in the increasingly competitive global market for students, British universities may find a helping hand in Trump's decision.