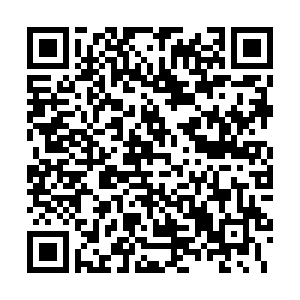 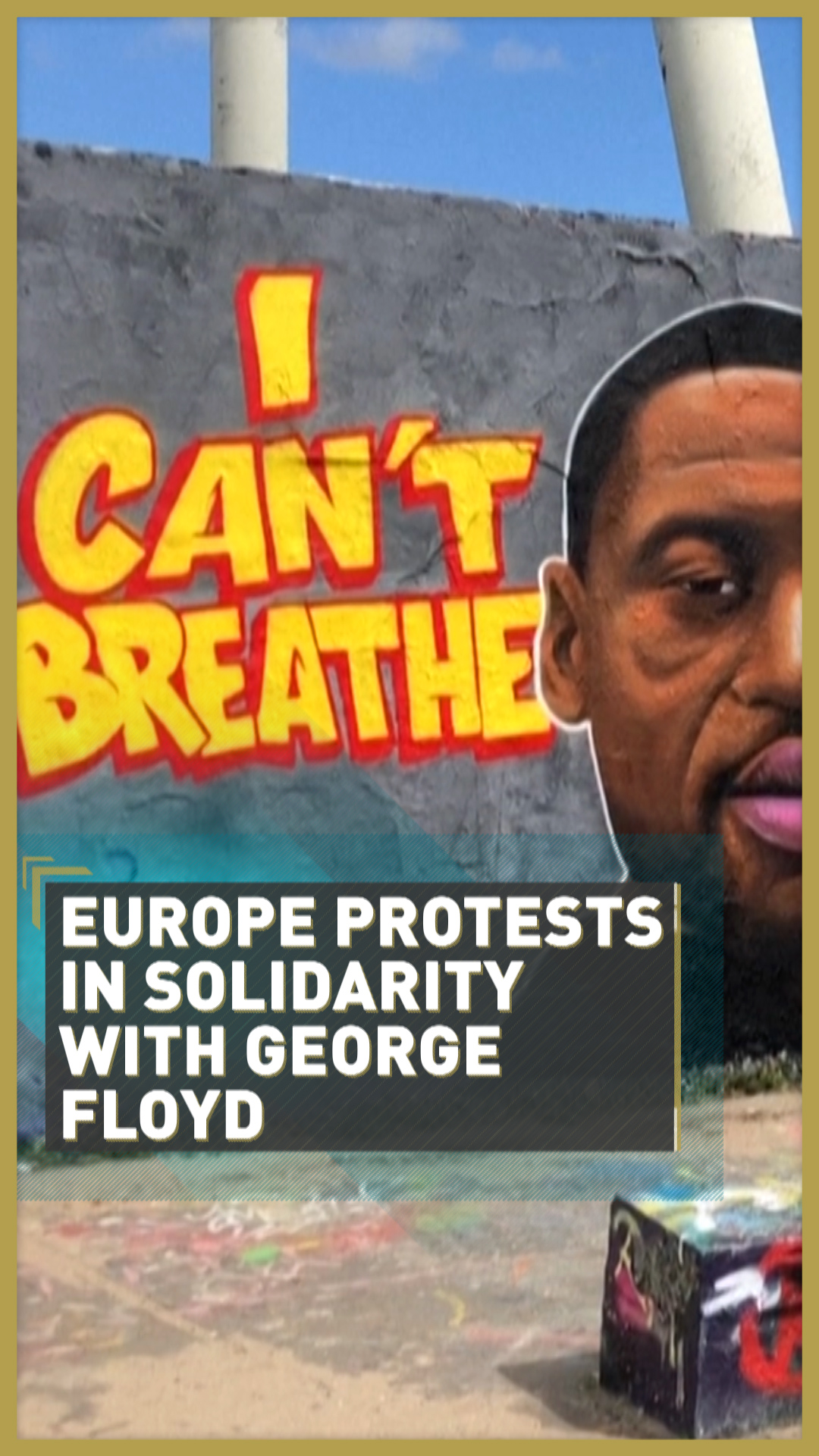 Thousands of protesters in Germany and the UK are chanting "I can't breathe" in tribute to an unarmed black man who was killed in police custody in America on Monday.

Demonstrators outside the U.S. embassy in Berlin are holding banners reading "Black Lives Matter," after George Floyd's death led to a global backlash against police brutality and racism.

Protests erupted on Tuesday across the U.S. after a video of the incident in Minneapolis, in which a white police officer, Derek Chauvin, pressed his knee on Floyd's neck, pinning him to the ground as he pleaded "I can't breathe," went viral on social media.

George Floyd's subsequent death caused widespread anger against police brutality as calls rang out for justice and for all four police officers at the scene to be held accountable. After days of protests – some violent – 44-year-old Chauvin was charged with third-degree murder and negligent manslaughter. 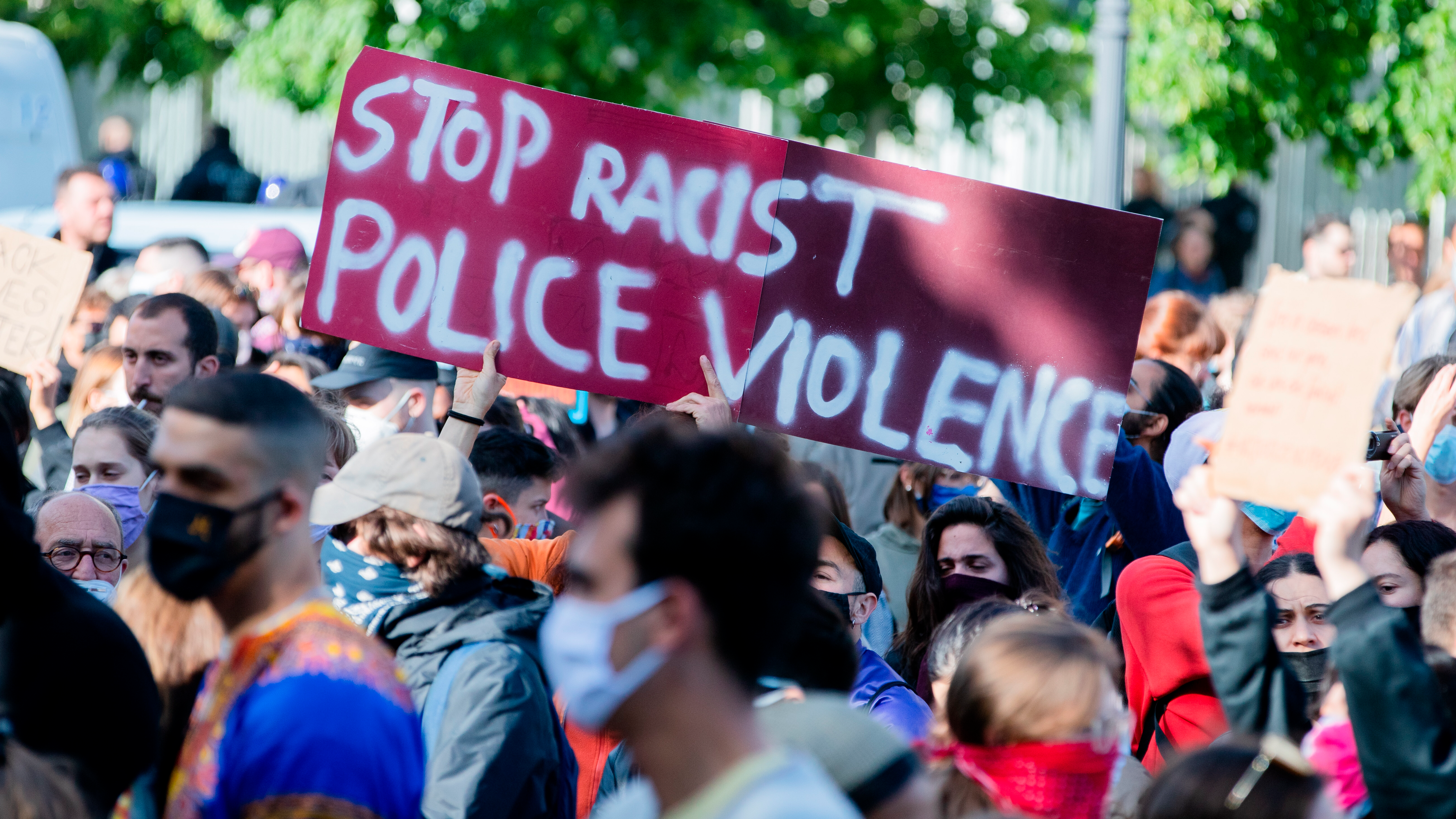 Protests against police brutality and racism erupted in Berlin after the killing of George Floyd in the U.S. /Christoph Soeder/dpa via AP

Protests against police brutality and racism erupted in Berlin after the killing of George Floyd in the U.S. /Christoph Soeder/dpa via AP

But the incident spurred protests and rallies across the world, including in Europe, where people took to the streets of Berlin and London decrying police violence and racial injustice.

In Berlin, protesters, most of whom wore masks and tried to maintain social distancing rules, carried signs reading, "who do you call when the police murders?" and "my skin color should not be my death sentence." Others wore t-shirts brandishing "no justice, no peace," and "I am not a threat."

A mural depicting George Floyd alongside the words "I can't breathe" was painted in graffiti on a former part of the Berlin Wall that divided East and West Germany until unification in 1989.

The U.S. embassy in Berlin and the German government are both yet to make a statement on the demonstrations.

Racism isn't getting worse, it's getting filmed.
-  U.S. Actor Will Smith posted this on Instagram page.

Signs of solidarity didn't just take place on the streets of Germany, but on football pitches as well.  After scoring a goal in the German Bundesliga match against Union Berlin, Borussia Monchengladbach striker Marcus Thuram celebrated by taking a knee – a nod to the Black Lives Matter movement. 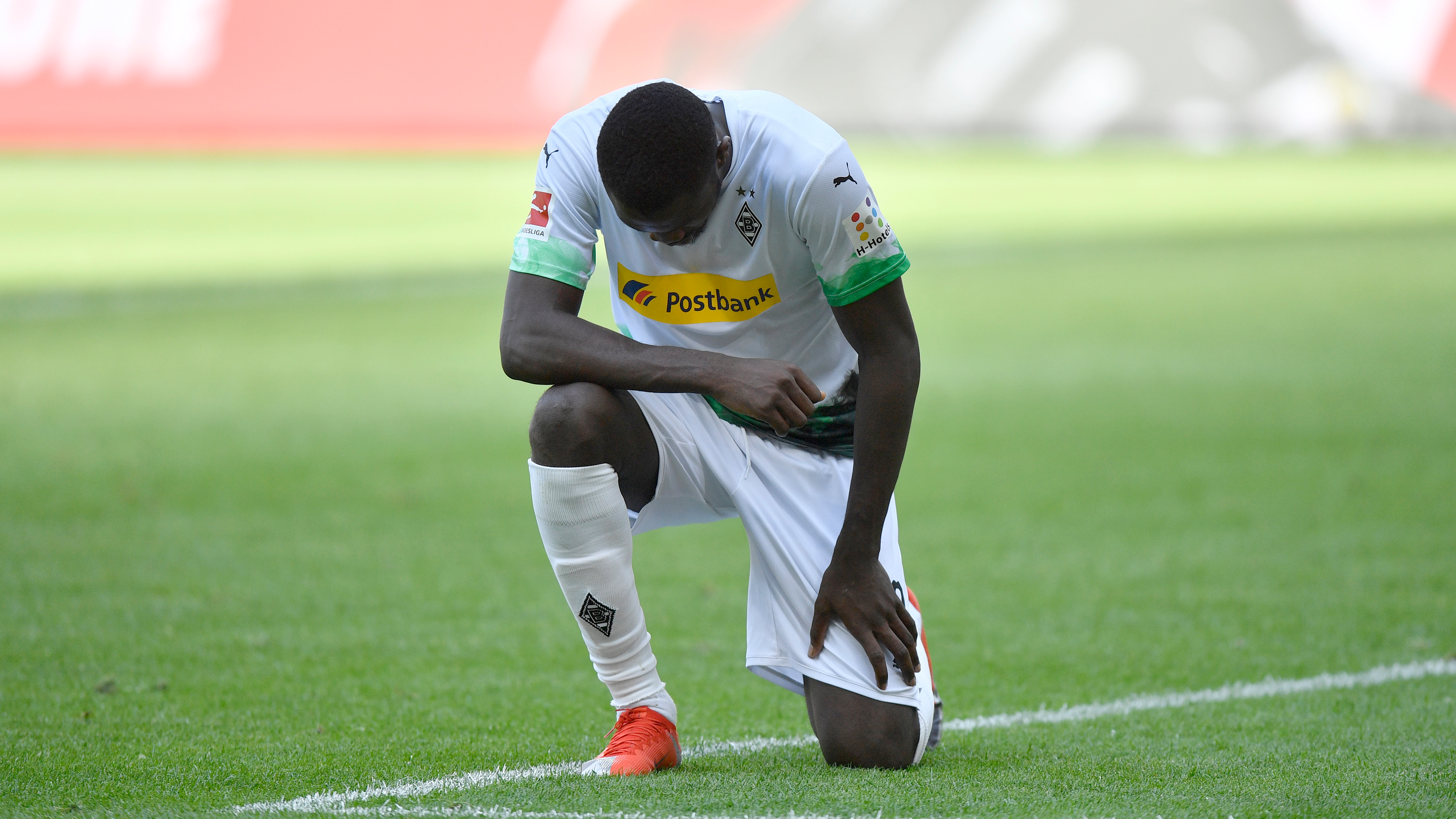 In the UK, thousands gathered in central London's Trafalgar Square before marching through the streets of the capital, passing by Downing Street and the Houses of Parliament, and finishing up outside the U.S. embassy, while chanting "Black Lives Matter" and "I can't breathe."

Their chants echoing Floyd's last words rang out across the River Thames, as they did in other European capitals.

Amid a heavy police presence, protesters knelt and chanted "no justice, no peace," while donning masks and holding banners reading "justice for George Floyd." 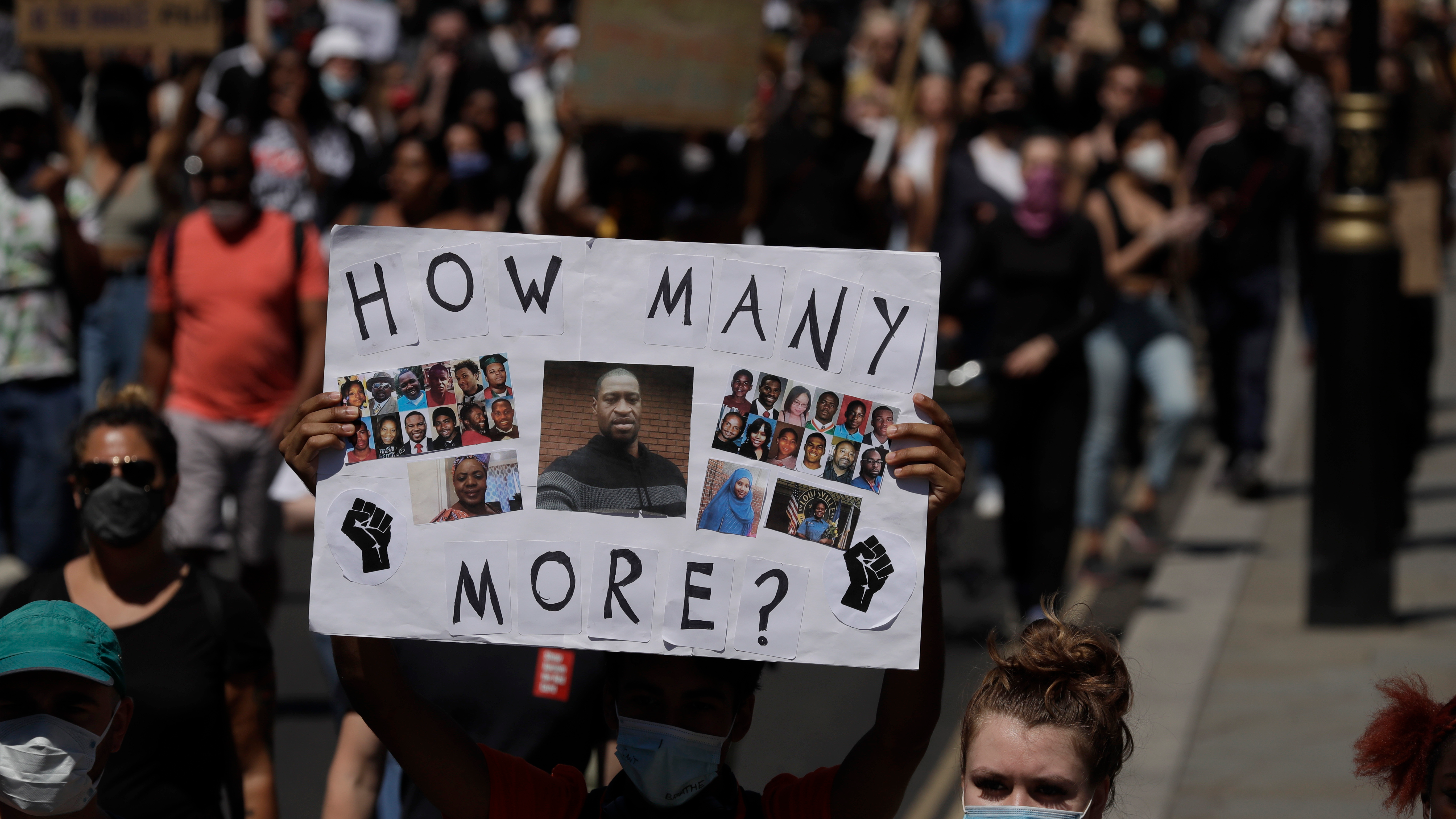 Protesters marched through London, some carrying banners reading "the UK is not innocent". /Matt Dunham/AP Photo

Protesters marched through London, some carrying banners reading "the UK is not innocent". /Matt Dunham/AP Photo

Others held banners reading "the UK is not innocent," and displaying the names and images of historical cases of unarmed black men and women who had died while in British police custody.

Fresh protests continued in other cities across the UK including Manchester and Cardiff.

Protests are also being planned in other cities across Europe, such as Copenhagen – a sign of the global impact that Floyd's death has had.