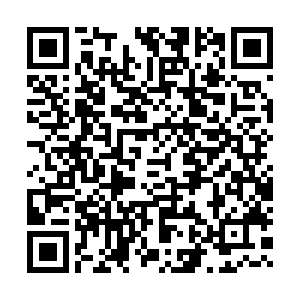 The UK government has announced that competitive sport will be allowed to return behind closed doors from Monday, with the Premier League set to resume on 17 June.

All sport in the UK has been on hold since the lockdown was enforced on 23 March following the outbreak of COVID-19, but the decision to ease measures has persuaded the government to give a restart the green light.

UK sport and culture secretary, Oliver Dowden, also revealed that 25 football games, as well as horse racing and tennis, will be available on free-to-air TV, which he hopes will give the population a much-needed morale boost.

He said: "Football, tennis, horse racing, Formula One, cricket, golf, rugby, snooker and others are all set to return to our screens shortly.

"The British sporting recovery has begun. We still have a long way to go, but for a sporting-loving nation, today really is a significant milestone."

However, sport is likely to look very different on its return. Events will take place in empty stadiums, with fans banned from attending, while a host of matches are likely to be played at neutral venues.

Dowden has revealed that the decision to show football games on free-to-air TV, which will see 25 fixtures broadcast on the BBC, has been made to try and prevent fans from congregating outside grounds and breaking social distancing guidelines.

UK sport and culture secretary, Oliver Dowden, hopes the return of live sport will give the population a boost./AP

UK sport and culture secretary, Oliver Dowden, hopes the return of live sport will give the population a boost./AP

He said: "I was pushing for games to be shown on free-to-air TV to discourage fans from going to other people's houses and to the stadiums themselves. In terms of the actual decision of where a match should take place - that's not one for a politician, that's one for the local safety authority and the police."

The UK's deputy chief medical officer, Jonathan Van-Tam, also highlighted the need for clubs and venues to now ensure that their premises have the ability to uphold the strict health and safety guidelines that will be put in place to combat the spread of COVID-19 during sporting events.

He said: "In terms of the staging of the game itself, the premises have to be absolutely suitable for this new situation. This is an end to end journey for players, staff, medical staff, journalists etc, which starts from the moment they travel to the game to the social distancing at the match and how they leave the stadium.

He added: "On the subject of fans gathering, I'm desperate for games to come back but I've spoken about sticking to the rules and not going further than the rules.

"Gathering is something that would go far beyond the kind of social distancing we need to continue to practice. This is how these guidelines begin to decay at the edges which will cause trouble for all of us if it happens."