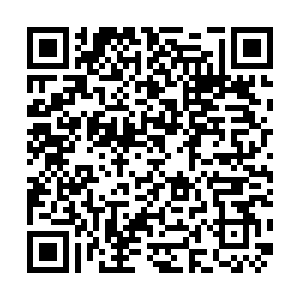 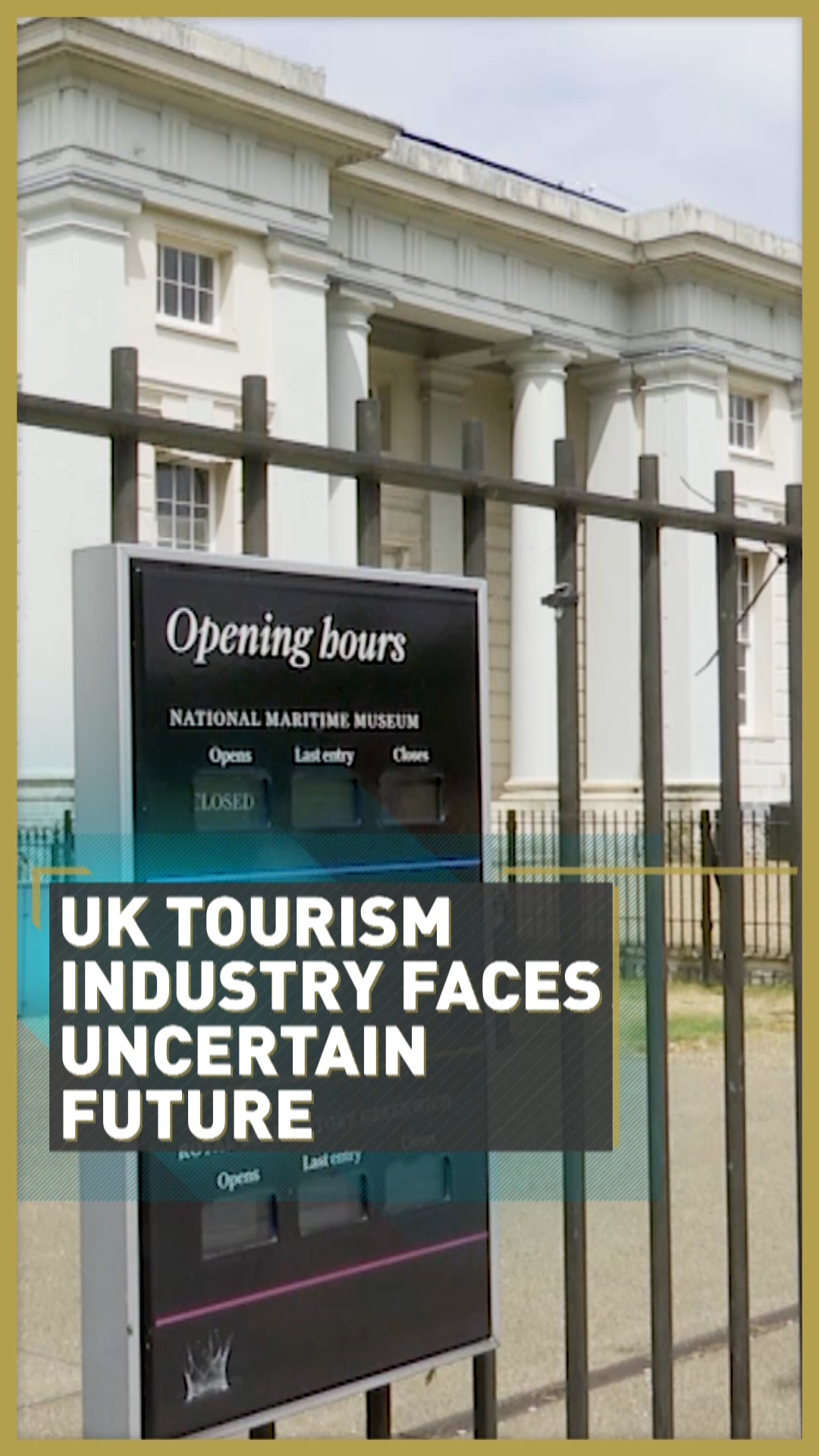 As lockdown measures in the UK continue to be lifted, the tourism industry is trying to work out how it can reinvent itself and function for the foreseeable future.

A weak economy, social distancing, and travel bans have had a considerable impact on the sector since the outbreak of COVID-19 and could do for months and years ahead. But it must restart if it is to survive.

That is a task easier said than done. Planning for the future has been complicated by the fact that the four countries that make up the UK are relaxing restrictions on differing timescales.

Some domestic visitors are returning to the UK's tourist areas, but most attractions remain closed and are faced with a new reality of implementing social distancing regulations. 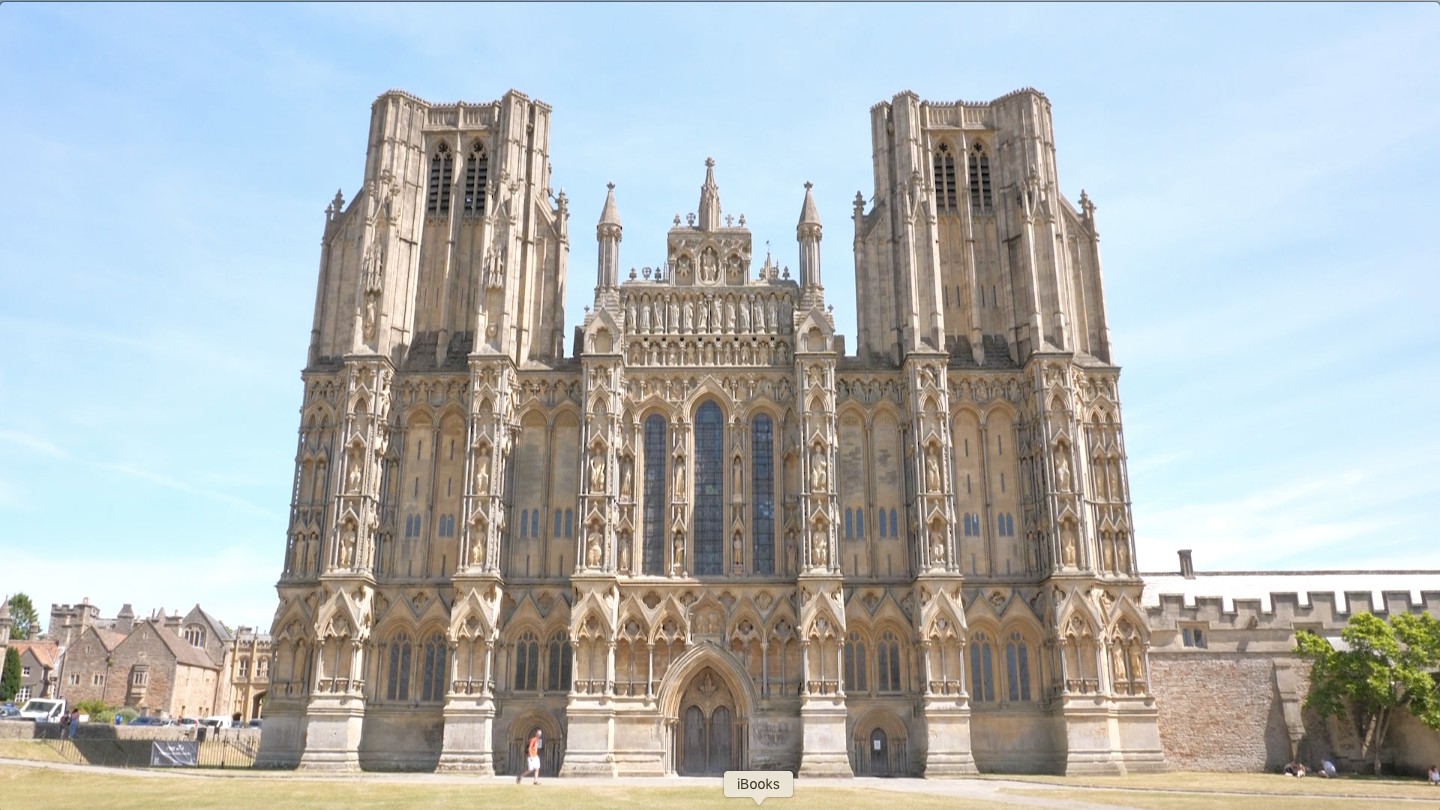 Wells Cathedral is one of a host of popular UK tourism sites that must adapt to comply with social distancing measures during the pandemic./CGTN

Wells Cathedral is one of a host of popular UK tourism sites that must adapt to comply with social distancing measures during the pandemic./CGTN

That is not easy for ancient sites. Wells Cathedral in southwest England was already over 100 years old by the time the Bubonic Plague swept through Europe in the 14th century.

The city itself will struggle to keep visitors two meters apart. Its size is part of its marketing. You don't need to look too far to find signs boasting that the cathedral is the smallest in England.

The absence of international tourists will also starve the industry of vital income.

Kathryn Davies is the CEO of Visit Bath and the head of tourism at Destination Bristol. She told CGTN that a short term solution might be hyper-local visitors: people spending time and money in their region.

"We've been talking in tourism to live like a local," she said. "Now it's the chance for the locals to live like a tourist. Take the opportunity. Go out and see these great things when you can relax the rules a little bit. But also, what you're doing as a local person is reinvesting back into the culture of your city, your destination, or your region and we can't underestimate that." 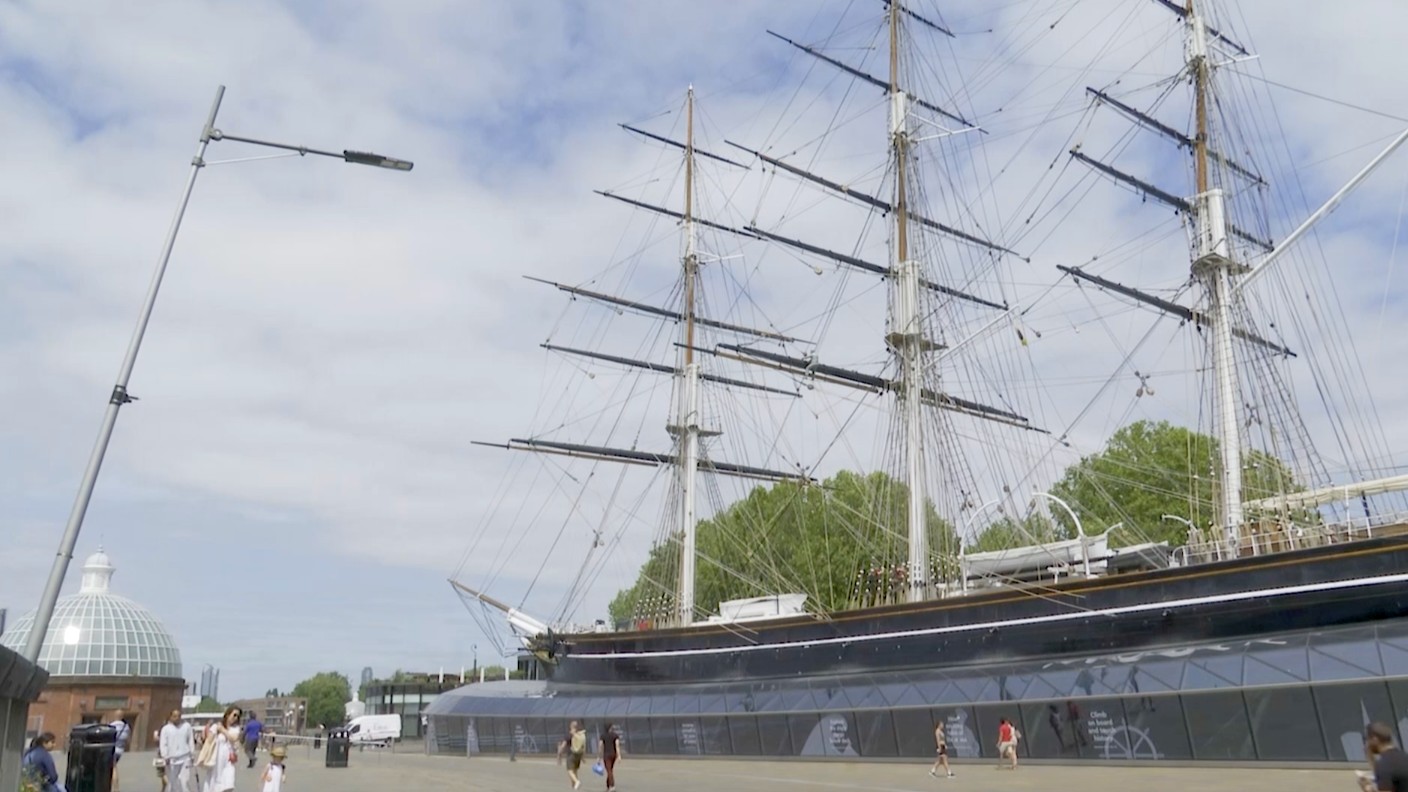 The Cutty Sark will be one of the first of London's tourist attractions to reopen but plans will have to be put in place to ensure it complies with social distancing guidelines./CGTN

The Cutty Sark will be one of the first of London's tourist attractions to reopen but plans will have to be put in place to ensure it complies with social distancing guidelines./CGTN

Fourteen day quarantine periods are due to start on 8 June for all those arriving in the UK. Tourism bosses want the plans to be scrapped, arguing that the restrictions have been implemented too late to be a success and are harmful to business.

The UK government is also looking at so-called air bridges as well, so tourists can come and go to certain countries, without the need for quarantine at either end.

The Royal Museums in Greenwich is a popular attraction in London. In an average year, they have just under three million paying visitors. But 2020 is far from average. As things stand they won't be allowed to reopen until at least early July.

Paddy Rogers, the director of the London landmark, told CGTN that the Cutty Sark is likely to be the first of their attractions to reopen, but plans will have to remain fluid.

UK tourism experts want local people to explore popular attractions on their doorstep and 'live like a tourist'./CGTN

UK tourism experts want local people to explore popular attractions on their doorstep and 'live like a tourist'./CGTN

"I have never seen anything like this," he said. "This is an unprecedented event in the history of humanity. Our intention is to start with one discreet site and see how everything is working in practice. And then gradually, if everyone is comfortable with the way it works, and that means staff and visitors, then we'll begin to open up subsequent sites."

Rather than displaying important tourist information, attractions could soon have a 'stay safe' charter mark, showing that they are complying with all guidelines. It's one of several ideas being put forward by Visit Britain, in conjunction with other tourist bodies.

Discussions are wide-ranging and ongoing to try and prepare for an uncertain future. The only definite is that a rising infection rate would see an end to the free movement needed to sustain the tourist sector in the UK.