Greece and Bulgaria to open for tourists; some nations are uninvited
Gary Parkinson 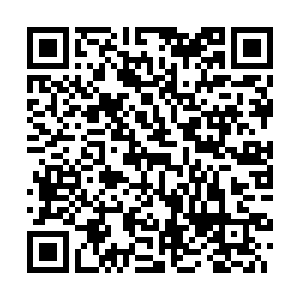 Greece announced on Friday that it will open to visitors from 29 worldwide countries – on the same day plans emerged in Bulgaria to lift a mandatory 14-day quarantine for travelers from 26 European states. 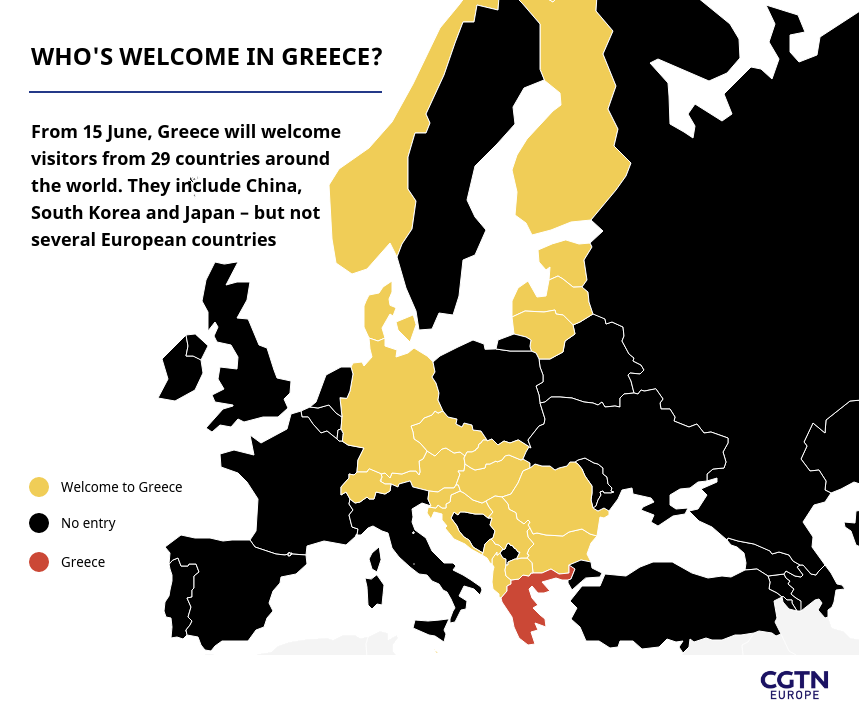 Bulgaria, with a population of around seven million, has suffered 136 deaths and 2,485 cases. Greece, with just under 11 million people, has had 175 deaths and 2,906 cases. Bulgaria wants to restore trade and boost tourism to its Black Sea resorts, while tourism is even more crucial to Greece – one of Europe's top summer destinations, with 33 million visitors last year generating more than $21 billion in revenue.

The Greek tourism ministry warned that visitors will be randomly tested and that the country list would be updated before the end of June as the government monitors developments in COVID-19 levels.

Greece has picked its preliminary list of countries from around the world, including several Asian countries that were among the first to suffer COVID-19 outbreaks, such as China, Japan and South Korea. Their relative success in eliminating the disease – like that of Australia and New Zealand in restricting its spread – means their citizens are welcome in Greece. 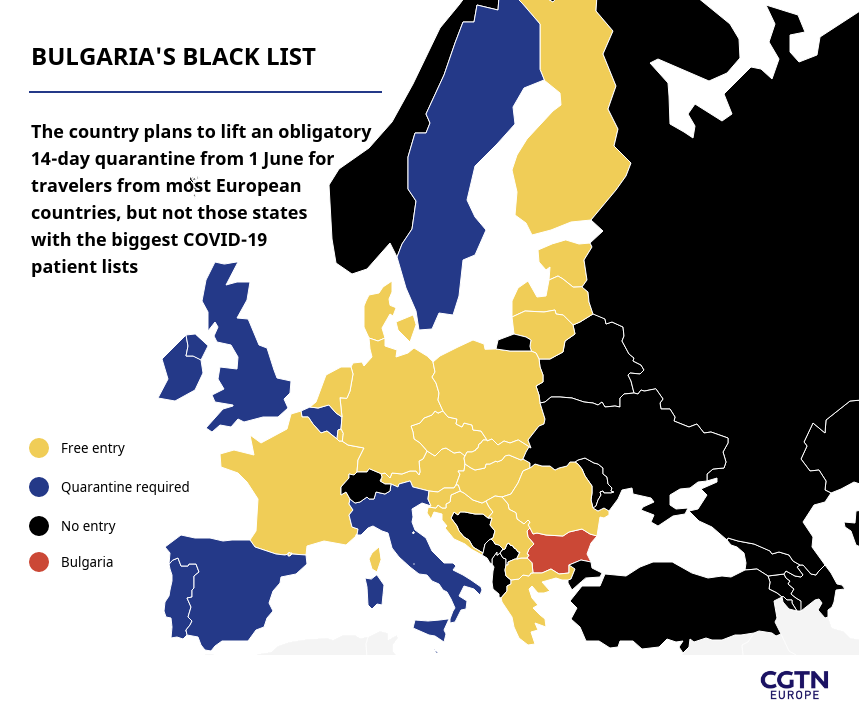 Bulgaria had last week lifted its own ban on citizens from other EU countries, but mandated a two-week quarantine. Now Bulgaria's chief health inspector, Angel Kunchev, has said the anti-virus task force recommends dropping that quarantine from 1 June – but with notable exceptions.

Visitors to Bulgaria from the seven European Union countries with the highest number of COVID-19 patients – Italy, Spain, Portugal, Sweden, Belgium, Ireland and Malta plus the UK, which is transitioning out of the EU – will still be required to quarantine under the new plan, which is yet to be approved by the health minister.

Friday's developments leave potential holidaymakers from Belgium, Ireland, Italy, Portugal, Spain, Sweden and the UK doubly thwarted in their destinations – unless they're happy to spend a fortnight in Bulgarian quarantine.