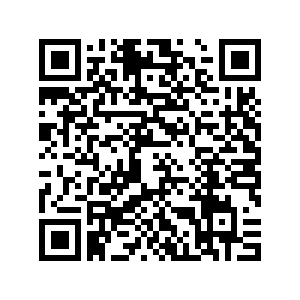 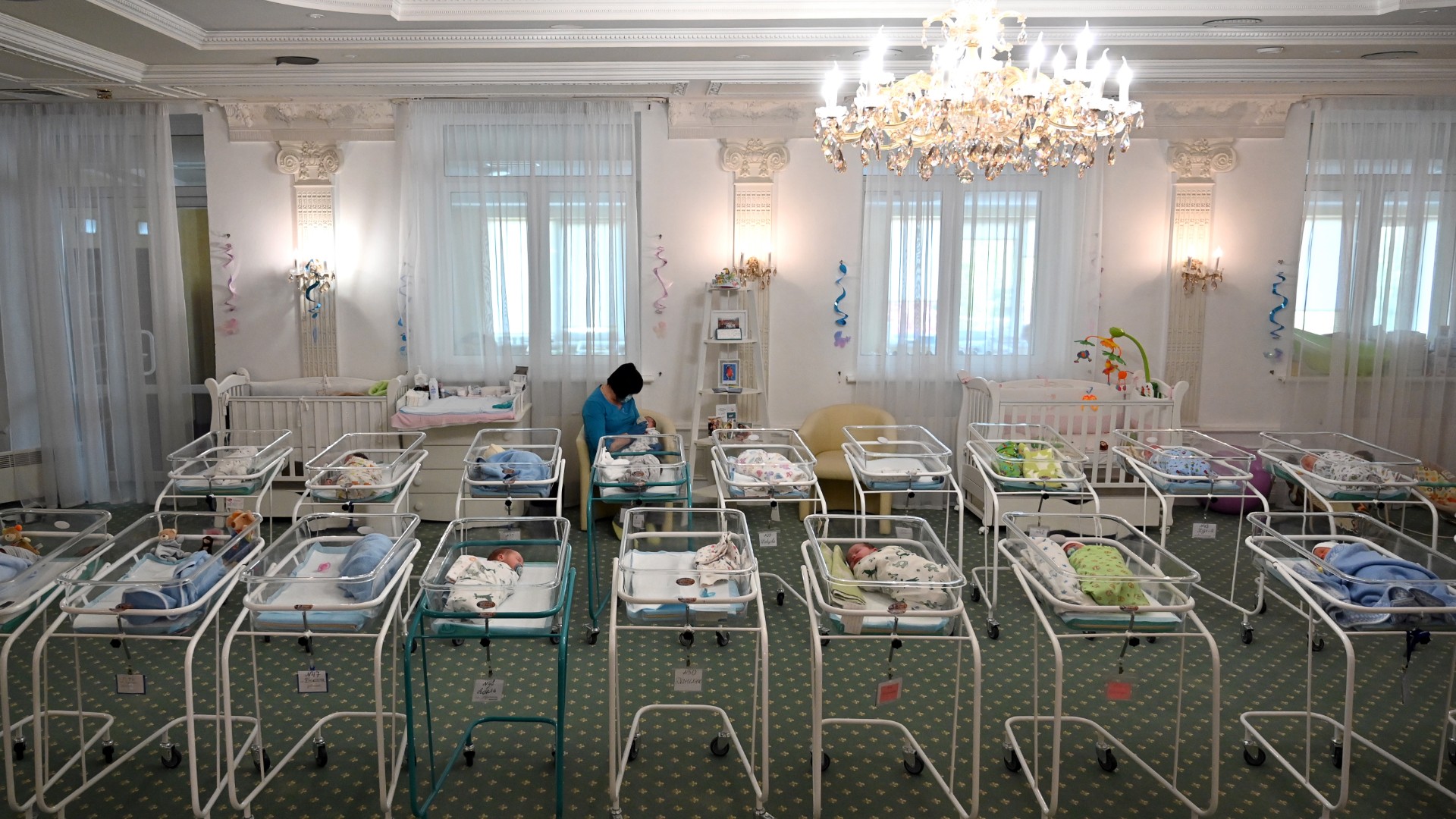 Fifty one babies born to surrogate mothers are waiting to be united with their parents, who have been unable to enter Ukraine because of lockdown measures. /Sergei Supinsky/AFP

Fifty one babies born to surrogate mothers are waiting to be united with their parents, who have been unable to enter Ukraine because of lockdown measures. /Sergei Supinsky/AFP

Inside a small hotel on the outskirts of Kiev, 51 babies born to surrogate mothers lie in rows of cots waiting to be picked up by their parents, but they won't be arriving any time soon.

Ukraine's coronavirus lockdown has prevented parents from the U.S., Europe and many other countries from collecting them.

Ukraine imposed a ban on foreigners entering the country in March, and most parents have only seen their newborns through pictures and video calls with the clinic.

One man was lucky enough to enter the country before the lockdown. Rafa Aires was united with his daughter Marta but cannot leave as Kiev has suspended almost all flights and he needs to finish the paperwork.

It means a stressful wait for his wife Maria, who was unable to travel with him due to work, leaving her unable to bond with her child in the first few weeks of her life.

"Every day I make video calls with my wife for one hour or an hour-and-a-half for her to see the baby," he said. "It is very difficult."

"Nurses and medical personnel in this hotel are wonderful. They make my life easier," he added.

The government says it can only permit parents to enter Ukraine if it receives a request from the relevant embassy.

The Hotel Venice belongs to the clinic BioTexCom, which released video footage of the babies to raise public awareness and spur the government into acting more quickly.

Reaction from the authorities was swift. 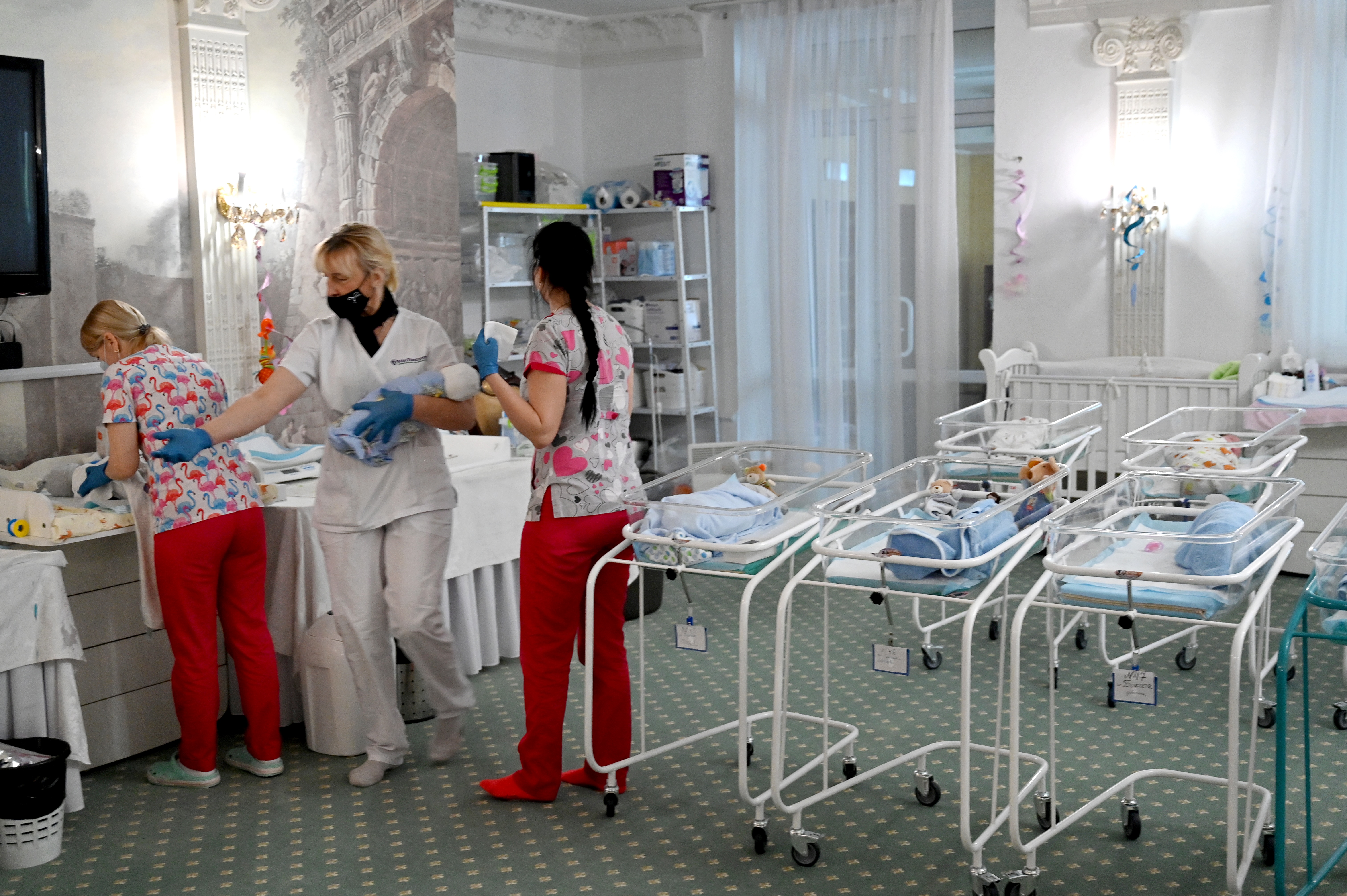 The babies are currently staying in Kiev's Hotel Venice and their parents have only seen them via video calls and pictures. /Sergei Supinsky/AFP

The babies are currently staying in Kiev's Hotel Venice and their parents have only seen them via video calls and pictures. /Sergei Supinsky/AFP

Lyudmyla Denisova, the human rights ombudsman for the Ukrainian parliament, said the video showed the country had a "massive and systemic" surrogacy industry, where babies were advertised as a "high-quality product."

She suggested looking into changing the law to allow only Ukrainian parents to use such services.

"We were prepared for this negative reaction," the clinic's founder Albert Tochilovsky said. "Given that parents need to be quarantined for 14 days, I want to speed up the process."

Denisova ordered checks on the clinic but said she found that BioTexCom was following all procedures correctly. Surrogacy is legal in Ukraine.

The Hotel Venice is surrounded by a high fence with barbed wire. The building is usually where parents stay while picking up their babies. At BioTexCom, a surrogate mother receives about $15,000 to $17,000.

Parents arrive from all over the world including the U.S., China, the UK, Sweden and Ireland. The parents of 16 of the babies have been able to travel to Ukraine so far.

"The children are all provided with food, a sufficient number of employees look after them, but there is no substitute for parental care," said Denis Herman, BioTexCom's lawyer.

"We try to send photos of children to the parents, we try to make conference calls, but this cannot replace communication in direct contact," he said.