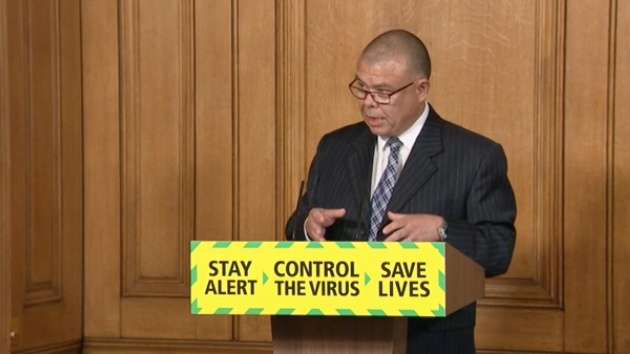 The UK will begin rolling out an antibody test over the coming "days and weeks" according to England's deputy chief medical officer, Jonathan Van-Tam.

On Thursday it was confirmed that Public Health England has approved a test made by Swiss drugmaker Roche after it was shown to be 100 percent accurate in trials.

The blood test is able to show whether a person has previously been infected with COVID-19 and if their body has produced antibodies to fight against the disease in the future.

The development has been hailed as a "game changer" by Britain's junior health minister, Edward Argar, and Van-Tam says the plan is to begin using the test as soon as possible.

"I anticipate it will be rapidly rolled out in the days and weeks to come, when it's practical to do so," Van-Tam said during the UK's daily coronavirus press conference.

Previous tests had been shelved after they failed accuracy tests, but the Roche version is able to accurately identify antibodies that are produced specifically to fight the coronavirus rather than similar diseases.

People are now desperate to find out how soon they will be able to undergo the test, but Van-Tam says the most vulnerable will be prioritized.

"I anticipate it'll be prioritized within the health system, with workers and patients and also care workers," he added. "This is an extremely specific test, if we'd have used one that risked giving people a false reading, that would've been undesirable. This is a good test and will stand us in good stead."

The focus for scientists in the UK and across the globe will now move to studying people who have successfully recovered from the virus to see if their immune system has produced antibodies and how long they protect against reinfection.

"It'll take time to see if antibodies protect in all cases against infection," Van-Tam continued. "You can't speed up the answer to that, you have to study people over time and gather the data.

"The other science question is finding out how long the antibodies protect you from reinfection. There is no guarantee they're lifelong. We need to measure people to see – we may find out those answers in the UK or they may come from other parts of the world."