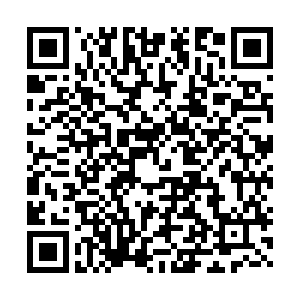 Viktor Orban has been criticized after being granted sweeping emergency powers with no time limit. /Attila KISBENEDEK/ AFP

Viktor Orban has been criticized after being granted sweeping emergency powers with no time limit. /Attila KISBENEDEK/ AFP

The Hungarian government's much-criticized emergency powers could end in June depending on how the pandemic evolves, according to Prime Minister Viktor Orban's aide.

Orban was granted sweeping powers with no time limit in March, under a package of emergency measures aimed at fighting the COVID-19 pandemic.

The move drew widespread criticism from human rights groups as well as some European Union member states and the European Commission, who were fearful about a leader being able to rule by decree with no sunset clause and what this meant for democracy.

But on Thursday, Budapest signaled those fears might be unfounded.

"The government could give up its special emergency rights towards the end of June unless the situation [with the pandemic] changes," Orban's chief of staff, Gergely Gulyas, said in an online press conference.

He also said the government was considering easing lockdown restrictions in Budapest from next week due to a decline in infections. The measures have already been mostly eased in rural areas.

Hungary's announcement comes as the European Parliament has been debating the legislation, with several MEPs voicing concerns about Hungary's behavior and some reiterating a call for the country's ruling party, Fidesz, to be kicked out of the European People's Party.

Some MEPs also condemned the recent spate in Hungary of police detaining people who have expressed criticism of the government online.

The police were acting under part of the emergency legislation that widened a pre-existing offence, giving the authorities powers to clamp down on "alarmist comments."

Police have said they are investigating 86 cases under emergency legislation adopted on 30 March for allegedly publishing "false information."

"Police are continuously monitoring the internet," a statement said.

There was some support for Hungary from the conservative faction and the far-right, including Nicolas Bay from the French far-right National Front party, who spoke of a "hysteria against Hungary."

The EU's values and transparency commissioner, Vera Jourova, told MEPs the bloc was monitoring emergency powers granted to governments to combat the coronavirus, to see that they are removed as countries ease confinement.

She added: "The case of Hungary raises particular concerns" and "on a daily basis, we are assessing whether we can take legal action."

Hungary was not represented at the plenary session after Orban refused the invitation and his proposal to send the country's justice minister, Judit Varga, was rejected by European Parliament president David Sassoli.