Barcelona is a summer hotspot with 73% of tourists coming from abroad normally. Paul Barrena/AFP

Barcelona is a summer hotspot with 73% of tourists coming from abroad normally. Paul Barrena/AFP

Spain's Mediterranean beach resorts are set to have a different look this summer as they, like tourism resorts around Europe, target domestic holidaymakers.

Ever since the 1960s the Spanish 'costas' have been filled with beach lovers from across Europe seeking the sun.

Now for the first time since then, these destinations are focusing on Spaniards because of limitations on international travel caused by the coronavirus outbreak.

Across Europe it is a similar story with the tourism sector aiming to make the most of a difficult situation by aiming for their domestic market – even if there is hope that by the autumn the holiday market will have a more familiar look.

"Initially we had the slogan 'Spain is waiting for you' - a measured approach," Oliver told local media. "Now we are working on videos and campaigns in Spain, which is exceptional because Turespaña has never aimed to promote inside the country but looked at other markets."

The tourist office in Catalonia, in the north east of Spain, is also focusing on national tourism. The region's tourism has been hit particularly hard by the impact of the virus lockdown because 73 percent of its visitors are normally from other countries and 56 percent of expenditure is by Europeans from other countries.

"Our immediate strategy will be to shift our focus from the international markets into the domestic market, Catalonia and Spain," said a Catalan tourism spokesman.

"We are preparing a promotional campaign in coordination with the smaller regional tourism boards of Catalonia to be launched before the summer to attract visitors from the domestic market." 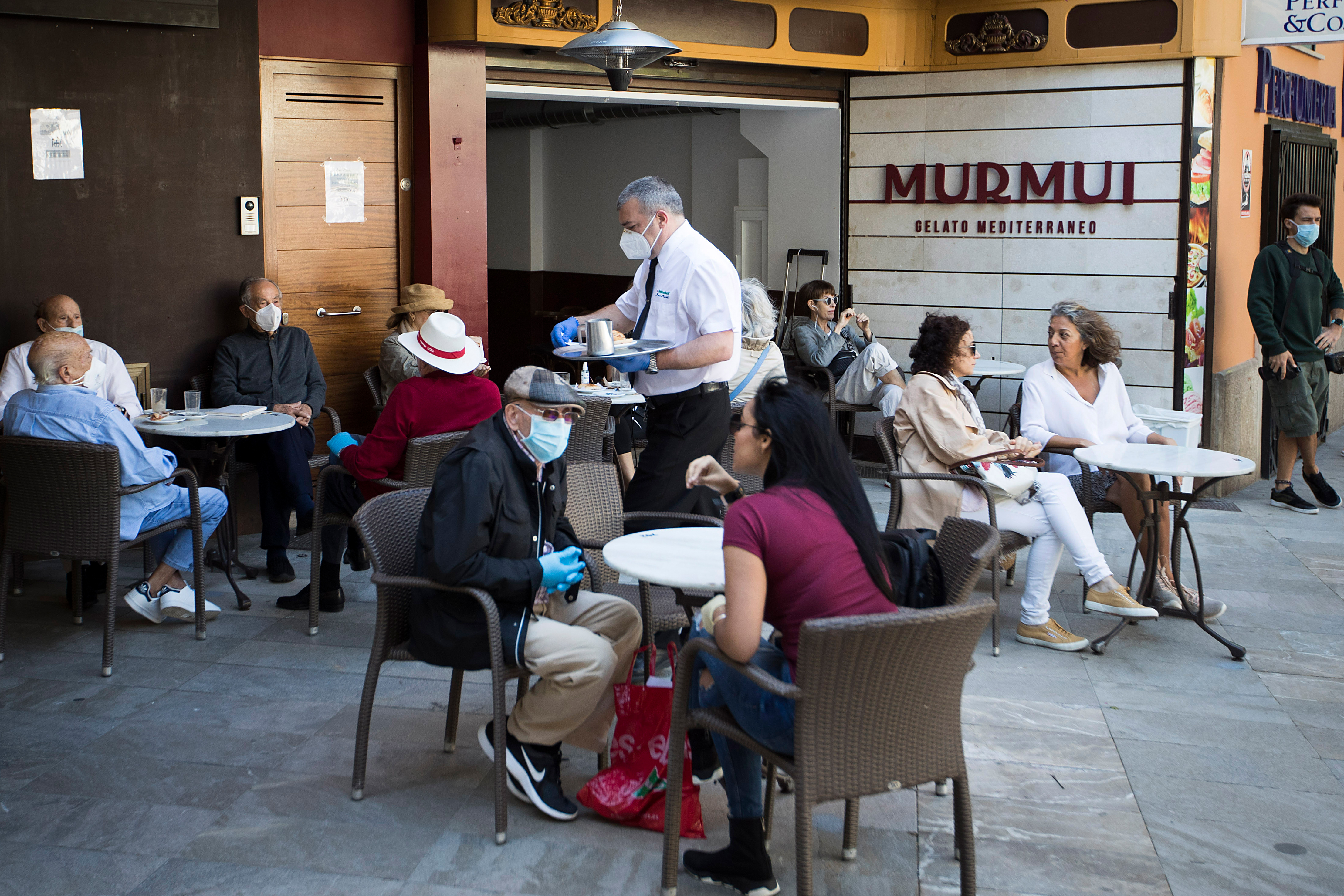 Locals have a drink at a bar in tourist hotspot Mallorca. Jaime Reina/AFP

Locals have a drink at a bar in tourist hotspot Mallorca. Jaime Reina/AFP

Around Europe the tourism industry is having to refocus with Germany expecting to see 28.1 million fewer overnight stays by people from other European countries from May to August this year. A total cancelation of the summer tourism season would see a loss of $17.8 billion.

In Northern Ireland the tourism sector has been hit hard, with a survey from Tourism NI finding that the impact would be severe on 79 percent of businesses in the short term.

One factor in their favor is that "some 76 percent of our tourism spend came from the UK and Ireland last year, so we have historically been less dependent on long-haul markets, which creates an advantage," said John McGrillen, CEO of Tourism NI.

"We are developing new marketing campaigns and these will be ready to run once the time is right."

UK package holiday comparison site TravelSupermarket has offered a ray of hope for the beleaguered industry, saying people seemed to be searching for holidays for the coming autumn.

Emma Coulthurst, travel commentator at TravelSupermarket, said: "We don't know if people are just browsing, rather than thinking about booking. But it seems that even though UK travellers don't yet know when they will be able to get away next, they don't want to give up dreaming.

"Some of people's time during lockdown is being used to compare prices for exotic beach escapes, or trips to some of the world's most entertainment-filled cities, and October and November have become the most popular departure months to search."